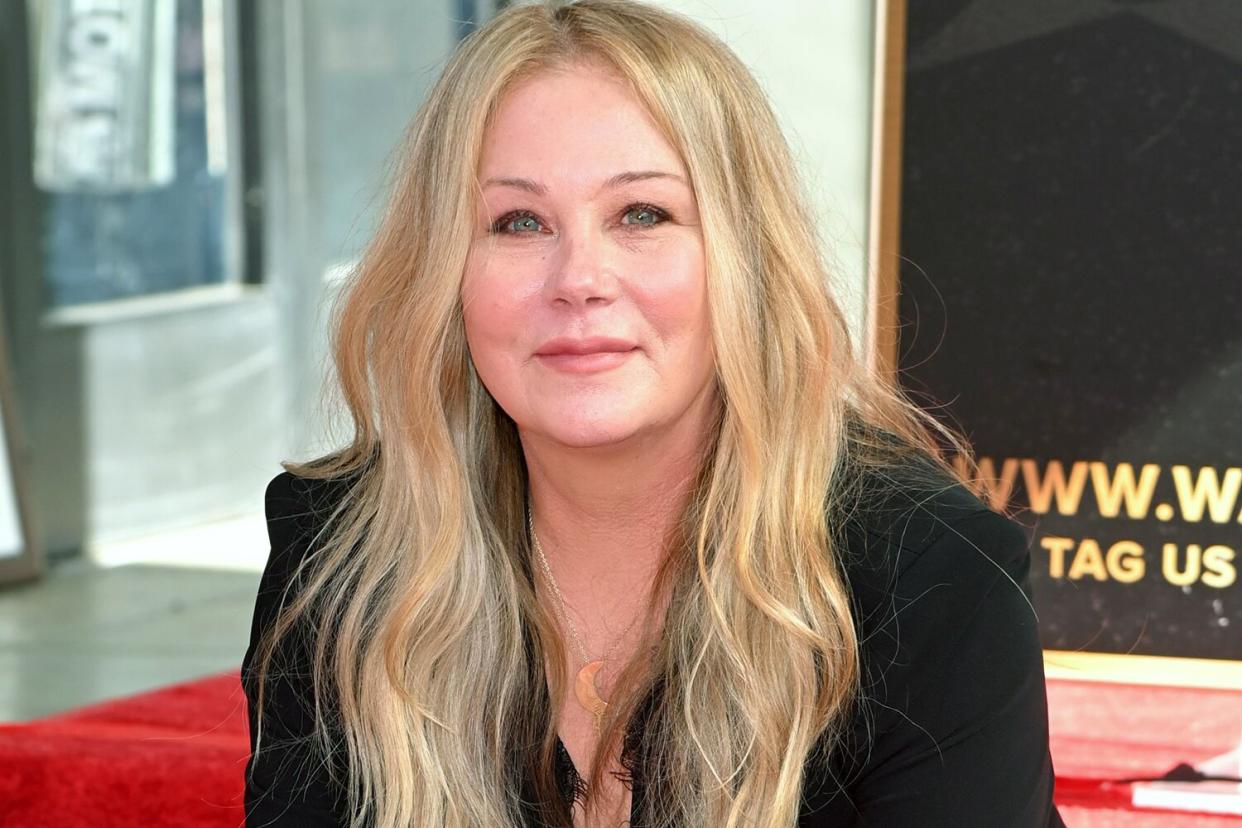 Christina Applegate is clapping back against hate comments about her looks.

The Dead to Me actress, 51, said she reached out to someone on social media who commented on a recent PEOPLE article about her and her daughter at the Critics Choice Awards and received a startling message in response.

​​”Sooooo I made the unfortunate decision to look at some comments on an article from people mag about me and my kids at the CCA,” Applegate tweeted. “Of course I told her that it wasn’t nice. This was her reply.”

Alongside the tweet, she shared a screenshot of the messages that the person appeared to send, which read, “MS didn’t make you look that way a plastic surgeon did. And you are a scammer and are not [Christina] Applegate.” A second message read, “And a bad plastic surgeon at that.” 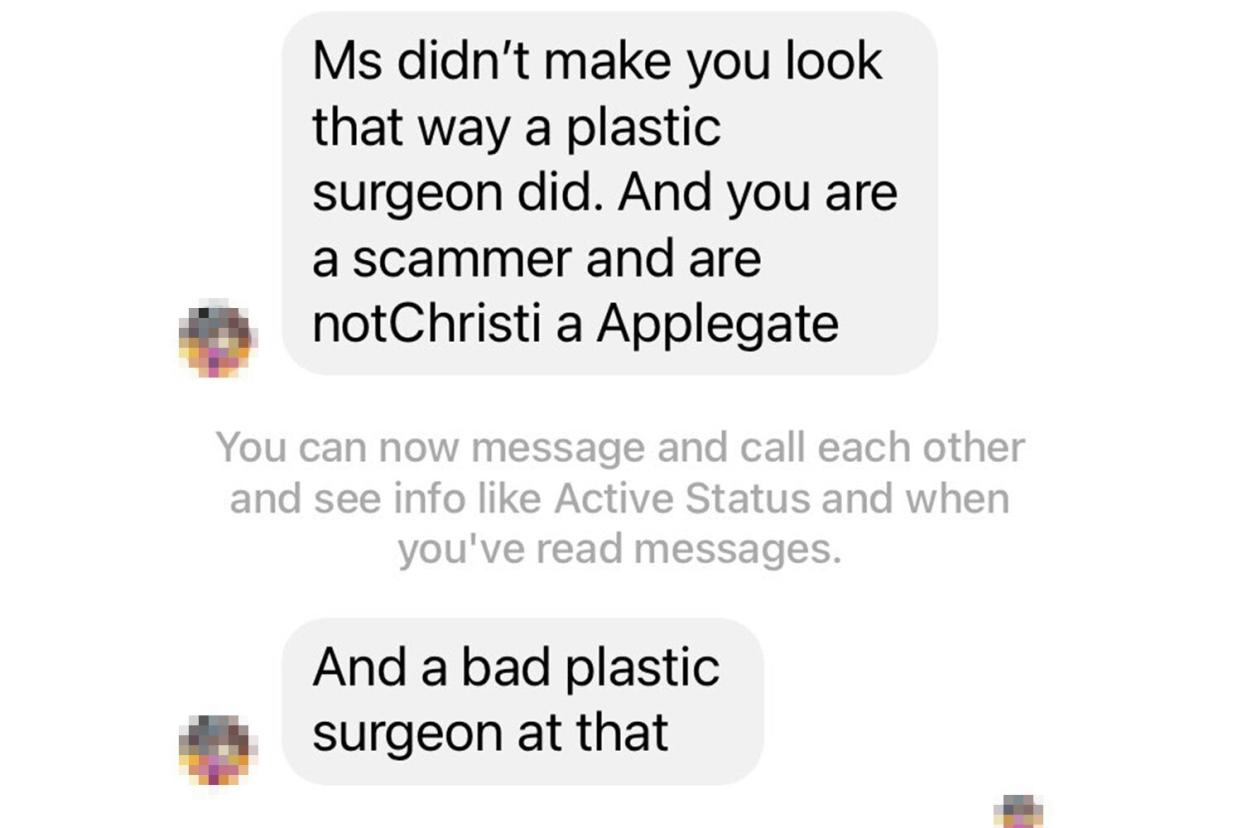 “What is wrong with people. By the way, I laughed,” Applegate continued in her response.

The 28th Critics Choice Awards in January was the first awards show the actress attended since confirming her MS diagnosis in 2021. At the ceremony, she was nominated for best actress in a comedy series, which Jean Smart won for her performance in Hacks.

Ahead of the show, Applegate wrote on Twitter, “So this Sunday will be the first awards show I have been to since 2019. And the first since MS. NERVOUS! But grateful to the @CriticsChoice for including me.”

Applegate has been stepping out more recently following her first post-diagnosis public appearance at her Hollywood Walk of Fame ceremony, during which she received a coveted star for her acting work. She also returned to work on the third and final season of Netflix’s Dead to Me.

She opened up about the changes she’s gone through over the past year dealing with MS in a November interview with the New York Times.

“This is the first time anyone’s going to see me the way I am. I put on 40 pounds; I can’t walk without a cane. I want people to know that I am very aware of all of that,” she told the publication. “If people hate it, if people love it, if all they can concentrate on is, ‘Ooh, look at the cripple,’ that’s not up to me. I’m sure that people are going to be, like, ‘I can’t get past it.’ “

The Bad Moms star has also been candid about dealing with her diagnosis over the past couple of years. In a December interview on The Kelly Clarkson Show, she shared that she uses humor to make people feel more comfortable when they’re around her.

“My humor shield keeps me okay, but of course, down on the insides, you feel the things,” Applegate said. “I do it to kind of deflect and then also make people not be scared to be around me.”

“You know, when people see me now as a disabled person, I want them to feel comfortable,” she added. “That we can laugh about it.”