Chris Eubank has claimed he was conned out of a lottery win in New York when he was 18 and that it helped make him world champion six years later.

The former pugilist was middleweight and super middleweight champion in the 1990s and is best known for his epic first bout with Nigel Benn, nicknamed The Dark Destroyer.

The 52-year-old, whose son Chris Eubank Jr is also a fighter, is also well known for his eccentric personality and outlandish dress sense.

But his life could have turned out a lot differently, with a future outside the squared circle, if he secured the lottery prize he claims he won in the 1980s. 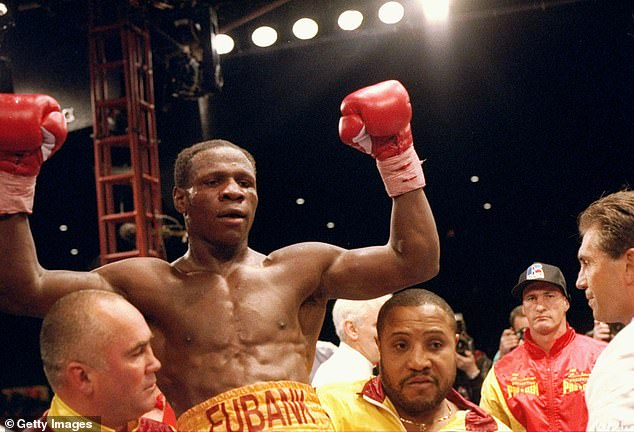 Chris Eubank, pictured after securing his greatest victory against Nigel Benn in 1993. It could have all been much different if he wasn’t conned out of a lottery win, he claimed today

‘The guy in the grocery said it’s five numbers and the payout is $25 and naive me took it.

‘If he didn’t cheat me I would have lost my focus to make champion six years later. God is good.’

Social media users have mercilessly ridiculed the ex-champion, who can sometimes be seen adorning a monocle.

One user said: ‘My guy pretending he’s won the lottery.’

Another said: ‘God cheated you out of a lottery win to teach you to keep boxing, a sport you always hated as demeaning? Yep that makes sense.’

While others posted a plethora of memes mocking the ex-professional fighter. 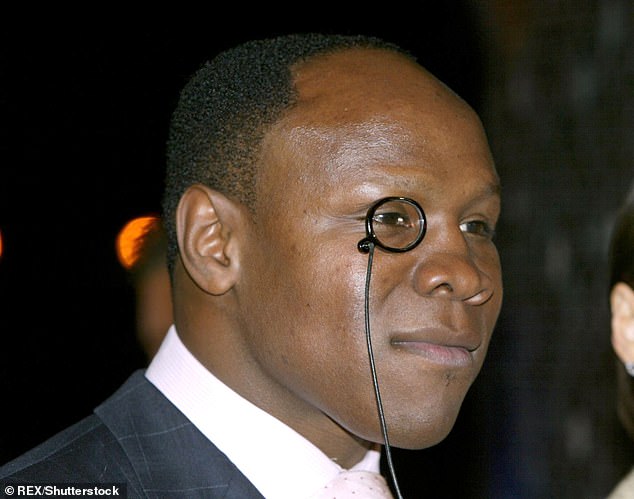 Despite being mocked on social media, Chris Eubank was adamant the story he tweeted earlier is true 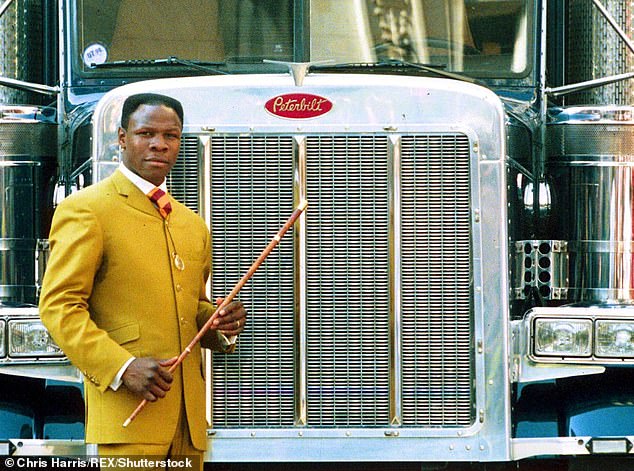 Chris Eubank poses with his American style truck. He once drove it to Downing Street to protest the Iraq War in 2003

Online sleuths also doubted the claims and noted that in 1985, just a year after Eubank’s supposed win, people who got five of the six numbers on the New York Lotto received a prize of $2,886.50 not $100,000.

It said: ‘I really cannot see what is so difficult to believe about my lottery true story.” If you won’t believe the story, look at the wisdom; “When you don’t get what you want, it is sometimes for your own good.”

Although out of the limelight with his boxing career well in the past, Eubank has most recently been seen guiding his son Chris Eubank Jr’s career.

The 29-year-old faces Olympic gold medalist James DeGale on February 23 in a key crossroads bout for both fighters.