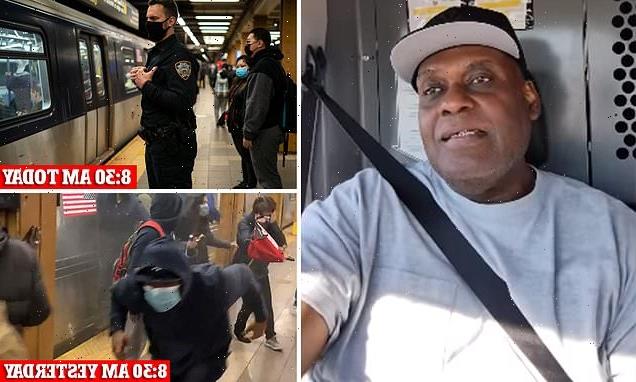 ‘I’ll never return home alive’: Chilling YouTube warning from NYC subway shooting suspect Frank James posted THREE WEEKS before he shot ten on Brooklyn train – as it’s revealed he was KNOWN to the FBI but slipped through their fingers

The race-obsessed suspect in Tuesday’s horror shooting on the New York City subway posted a terrifying YouTube warning that he was driving from his home in Wisconsin and would ‘never be back again alive’ three weeks before unleashing terror during rush hour.

Frank James, 62, remains on the run on Wednesday morning 24 hours after allegedly opening fire on a packed northbound N train as it approached 36th Street station in Sunset Park, Brooklyn.

On Wednesday morning, Mayor Eric Adams officially named James as a suspect – upgrading him from ‘person of interest’.

Police believe he is the man responsible because his credit card was used to rent the U-Haul that police found a key to in a backpack dumped at the scene that also contained a handgun, three extended magazines, fireworks and firecrackers.

James lived in Milwaukee, Wisconsin, until recently but packed up on March 20 and left the state. He drove south, first through Illinois, then to Philadelphia where he picked up the U-Haul van that he brought to New York City.

It has now emerged that he was known to the FBI and was questioned in 2019 in New Mexico though it is not yet  clear why. He was cleared but was entered into the state’s ‘Guardian Lead’ system. The Guardian Program is the bureau’s terrorist threat and suspicious incident tracking system.

Despite being on that list, James was unimpeded as he relentlessly uploaded hate-speech-filled clips on YouTube about how oppressed black people were and how black and white people should have ‘no contact’, for weeks before Tuesday’s attack.

In the March 20th video, titled ‘STOP ONE COMPLETE’, he gave an ominous warning about his plans. Speaking from the driver’s seat of a rented van, he said: ‘As I leave the state of Wisconsin, about to be back in the state of Illinois, all I can say is: Good riddance. I will never be back again alive to that m*********r.’ 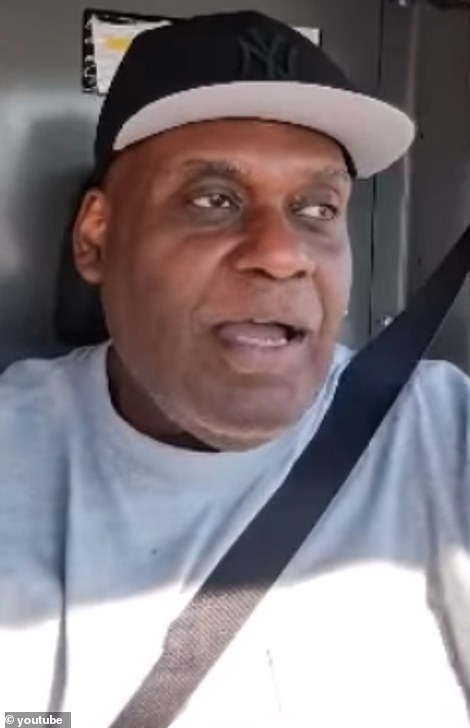 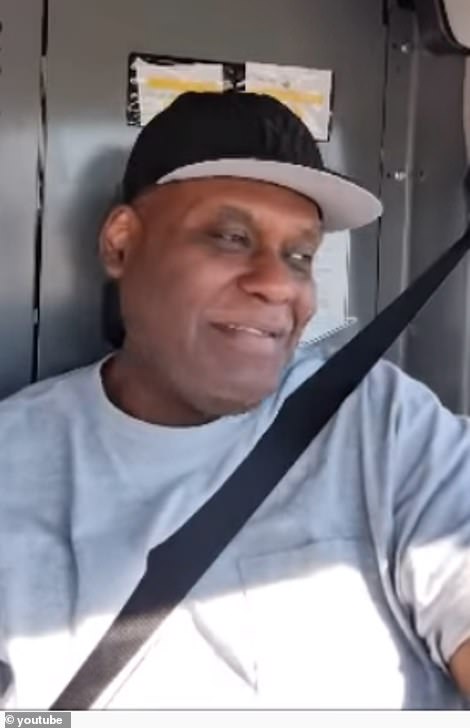 In this chilling March 20 video, Frank James – the suspect in Tuesday’s subway shooting – said he would never return to Wisconsin, his home state, alive. He drove to Philadelphia where he is believed to have rented the U-Haul found yesterday in Brooklyn, five miles from the subway where the attack unfolded. James remains on the run

At the start of the video, he told of his plans to drive to Philadelphia.

‘I am on my way to Philadelphia. I packed my bags. I got up, even though it’s rainy, go to my storage unit, loaded that up and then finished my apartment off this morning.

‘I am on my way to Philadelphia. I should be there… I’m going to take my time though.

‘This is the first leg of my trip, it’s been a long time since I’ve had to drive this far. We’re going to find out though.

‘All my Instacart driving paid off or what. We are definitely going to find the f*** out.’

Two days before the shooting, he posted another video where he said black people were forced into violence by racism.

He was drinking white rum and had finished the bottle.

At the end of his final video, he said: ‘Why should a n****r be on this planet besides to pick tobacco or sugar plant. There is no natural reason for there to be such a thing as an American negro, African American, there is no reason for it. Except for you to be a slave. That is your rightful place, it always will be. Until you build a black state of Israel, which you don’t want. You want to send your a** in the ghetto and play n****r.

‘This is what this s**t in Ukraine is a build up to. It’s to get rid of your a**. Nuclear devices are going to be dropped. The president of Ukraine is calling for nuclear war. And so, I talk about my condition but, what the f*** can you do? 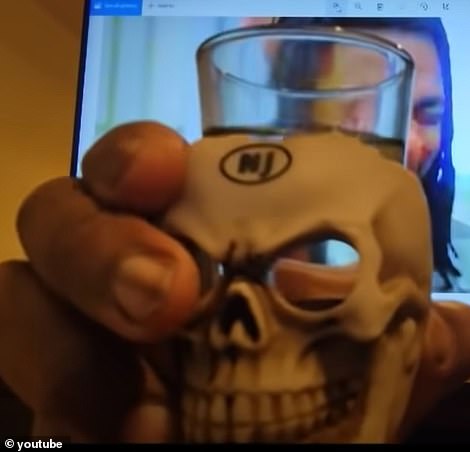 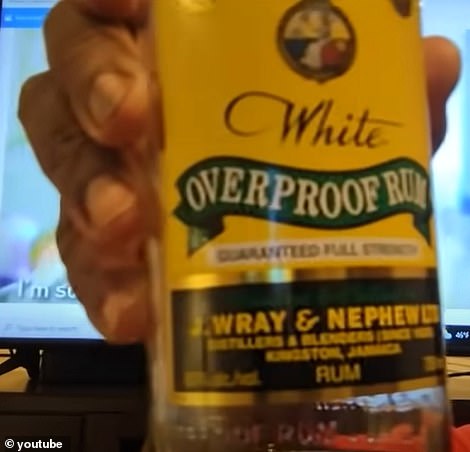 James’ final video, posted on Monday, shows him drinking white over proof rum and talking about race. He  ranted about how black people in America were destined to be slaves and could not escape ‘the ghetto’ while showing clips from documentaries about gangs 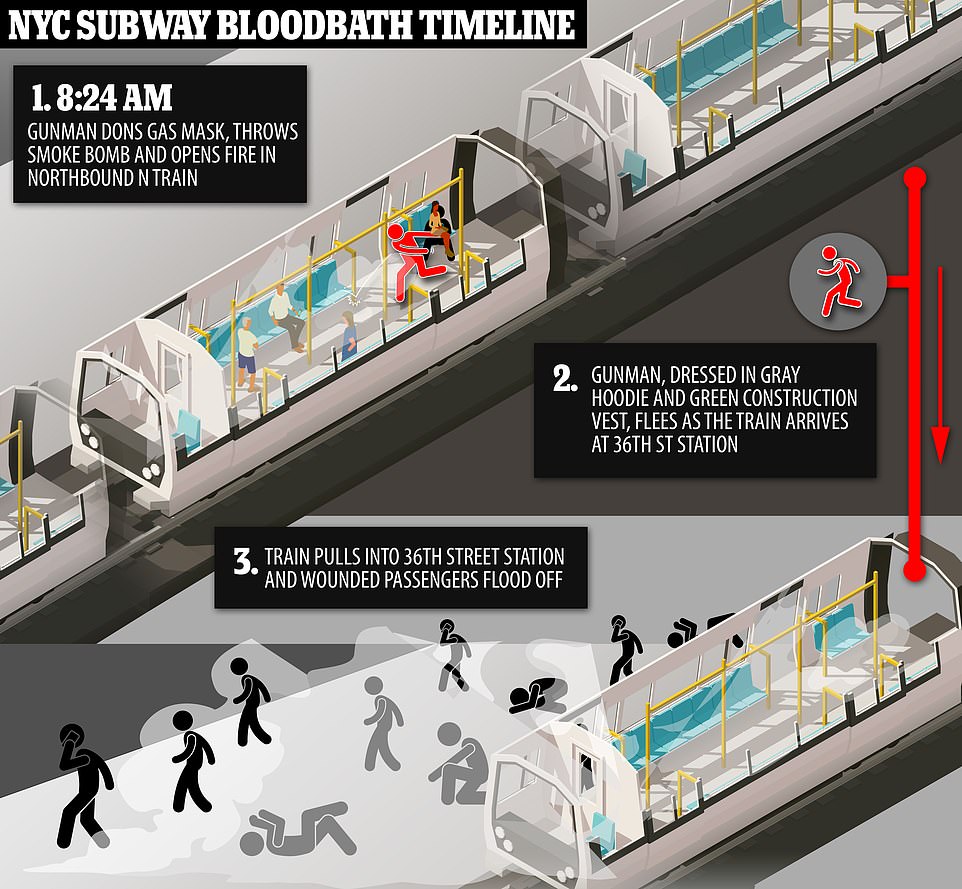 This is how the horror shooting unfolded on Tuesday morning on the northbound N train at 8.24am as it approached 36th Street station in Sunset Park, Brooklyn 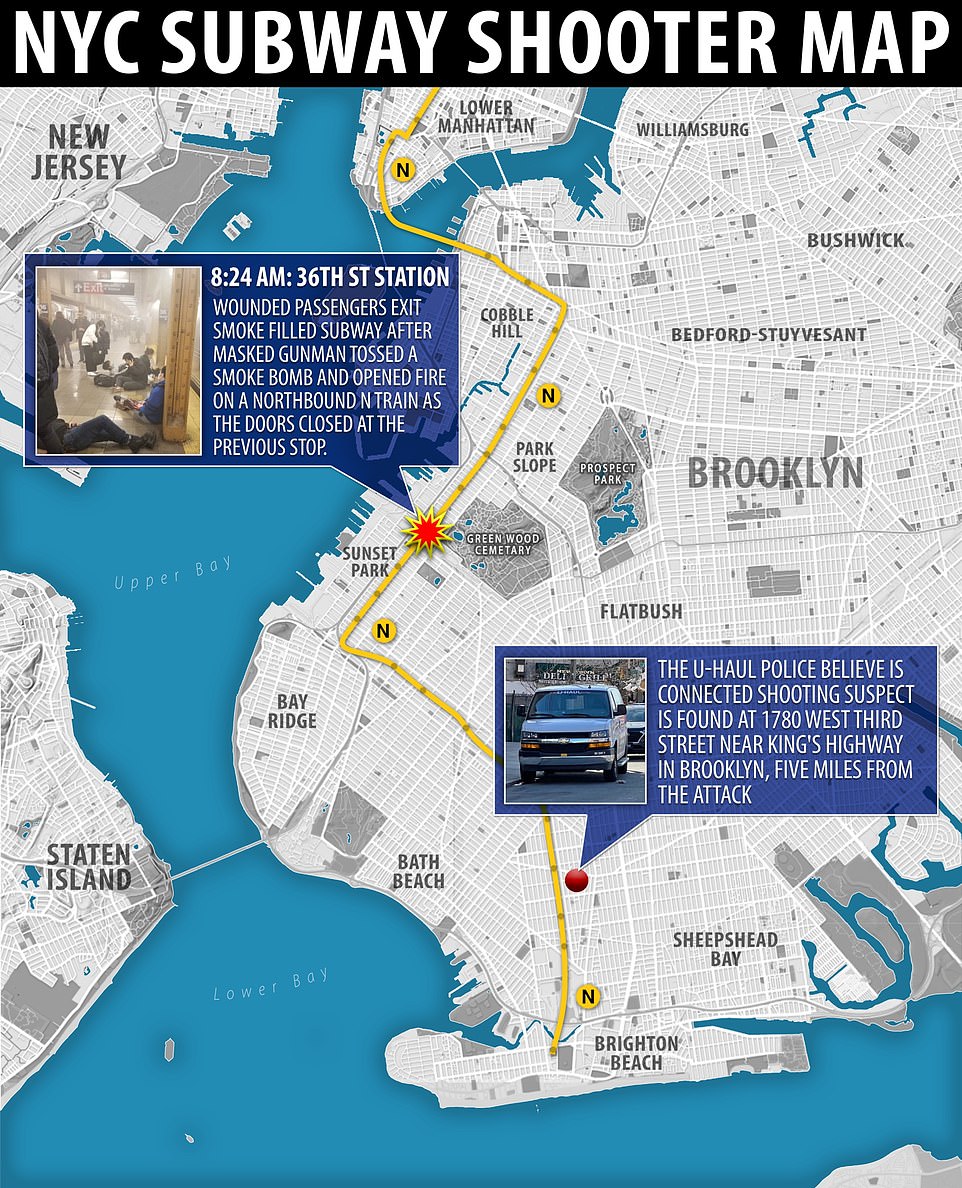 In another video, he ranted: ‘This nation was born in violence, it’s kept alive by violence or the threat thereof and it’s going to die a violent death. 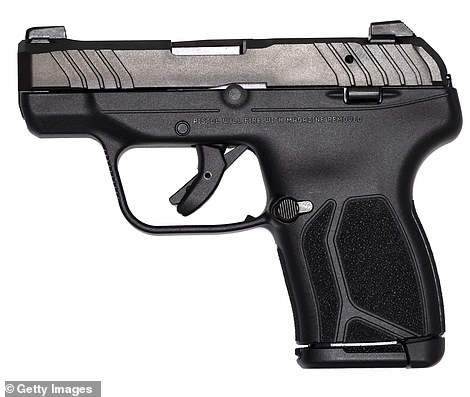 A stock image of a .38 caliber handgun, the type used in the shooting that was found in a backpack along with a key to the U-Haul James had rented

‘There’s nothing going to stop that,’ James said in a ranting video on YouTube under the name ‘Prophet of Truth88’.

The rambling, profanity-filled YouTube videos posted by James, who is black, are replete with violent language and bigoted comments, sometimes against other black people.

He is also featured sharing conspiracy theories – such as claiming that the Twin Towers could never have been brought down on 9/11 by planes.

‘It’s not going to get better until we make it better,’ he said, adding that he thought things would only change if certain people were ‘stomped, kicked and tortured’ out of their ‘comfort zone.’

‘I am now in Fort Wayne, Indiana, at the Comfort Inn Suites for the night.

‘My next leg will be… I am taking my time. I am definitely going to get to Philly by Tuesday. 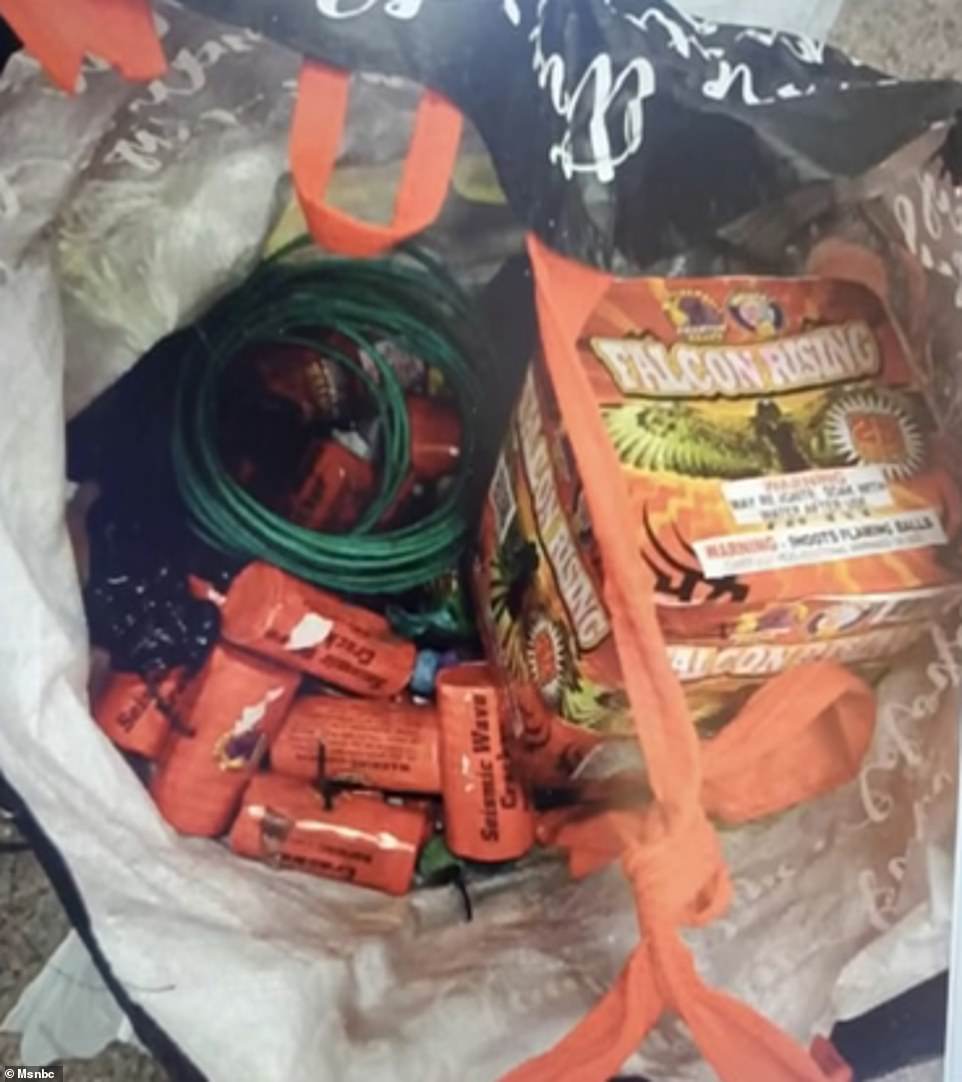 This bag of fireworks, wire and firecrackers was recovered from the scene of the shooting on Tuesday after the suspect fled 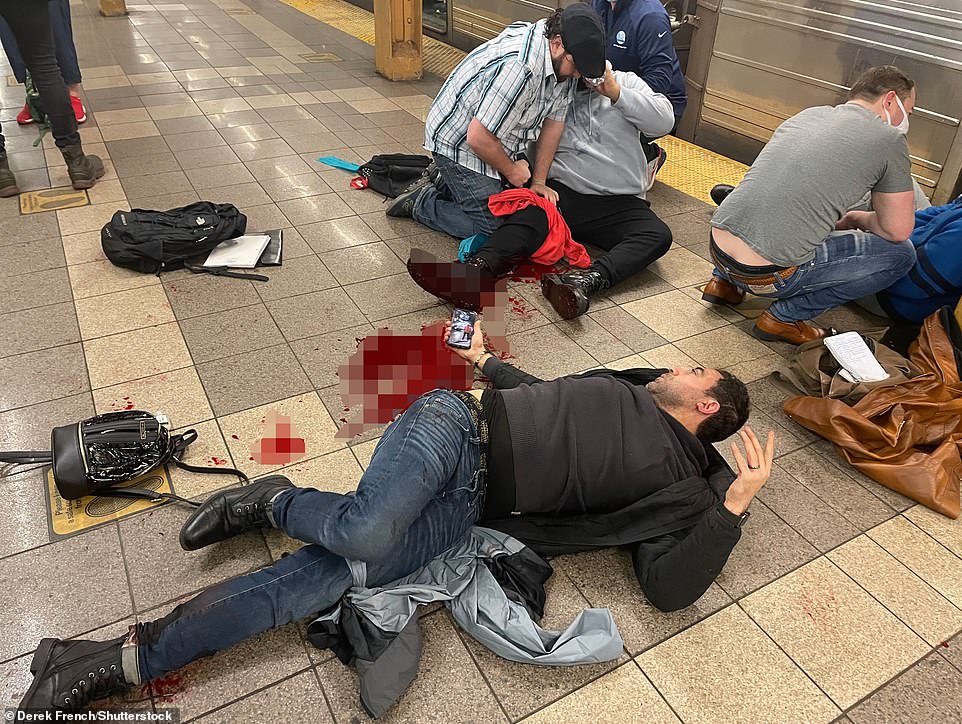 New Yorkers lie on the platform at 36th Street station after falling out of the northbound N train. They were shot on the train by a gunman who unleashed a smoke bomb and then opened fire before fleeing at around 8.30am 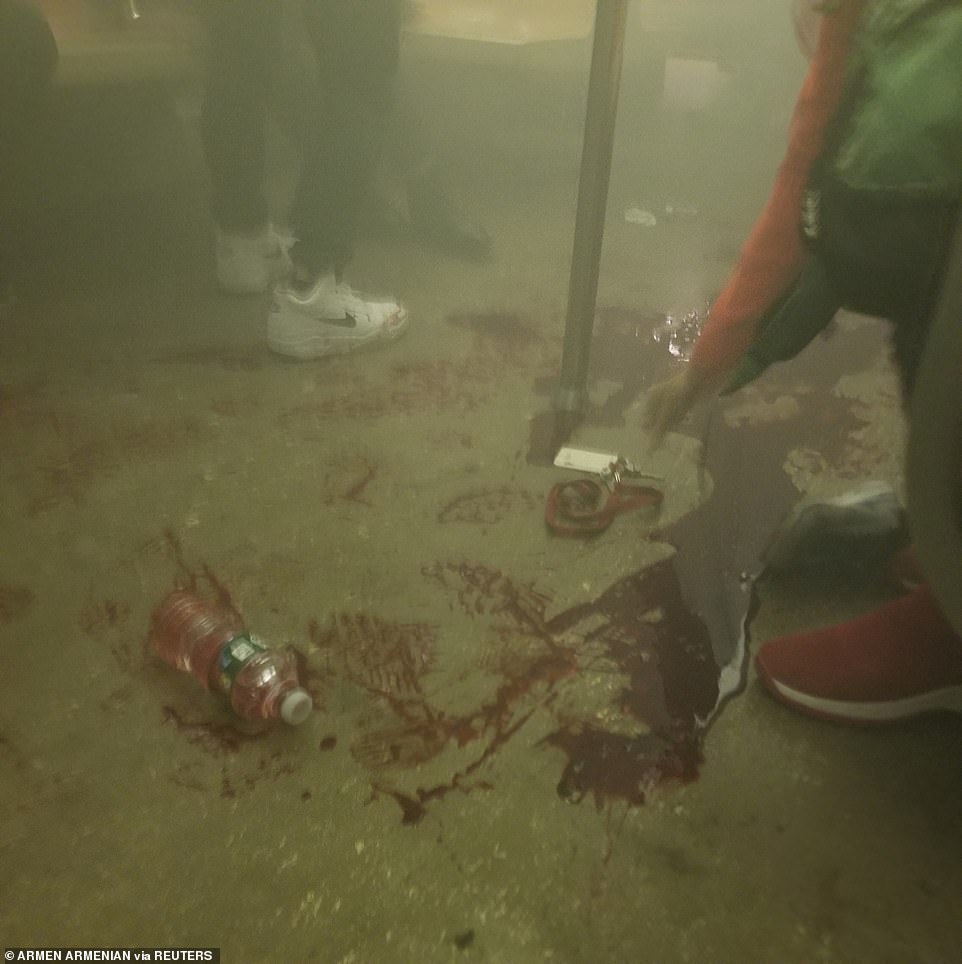 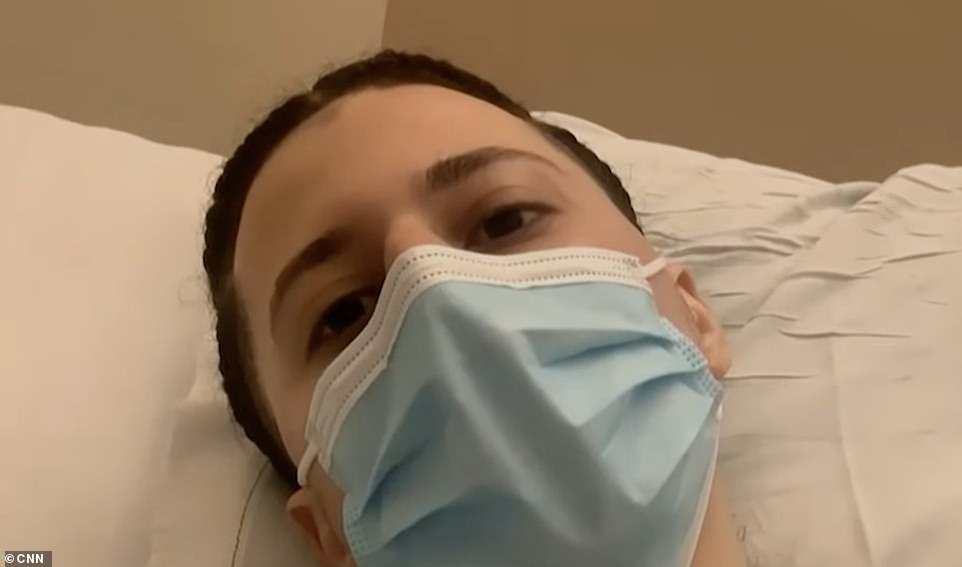 Hourari Benkada, 27, says he was sitting right next to the gunman before he let off a smoke bomb and opened fire on passengers aboard an N train in Brooklyn on Tuesday morning

He mocked Adams’s plan to bring in mental health workers to deal with the subway homeless problem.

‘Here’s the help. Here’s the cavalry, Eric Adams,’ he said, referencing the New Jersey social workers pictured behind him.

‘My drop-off point for the van is Newark, even though my destination is Philadelphia.’

I am heading back into the danger zone, so to speak, it was triggering a lot of bad thoughts. I do have a severe case of PTSD after the s**t I’ve been through and again just thinking about how f****d up people are.

‘There is no way no how an N word is perceived to be anyone’s judge. I’m talking to the people that did damage and harm to me, tried to kill me and get me locked up. They’re all black. We’re all in the same boat. Especially now.

In other clips he fumed at Mayor Eric Adams about the escalating crime in the subway.

Adams is quarantining with COVID-19.

His team says they will increase his security in light of James’ threats.

A federal law enforcement source told Newsweek the suspect was previously known to the FBI, having been entered into the Guardian Lead system in New Mexico.

The system is the FBI’s way of coordinating information from other law enforcement partners about potential terrorism-related threats and suspicious activity reports. He was cleared after multiple interviews in 2019.

The federal law enforcement source said that he is believed to have driven to New York from New Mexico.

Police are offering a $50,000 reward for information leading to James’s arrest.

The MTA and Transport Workers Union (TWU) Local 100 both offered $12,500 each in reward money and the New York City Police Foundation offered $25,000 in reward money to bring the total reward offering to $50,000. 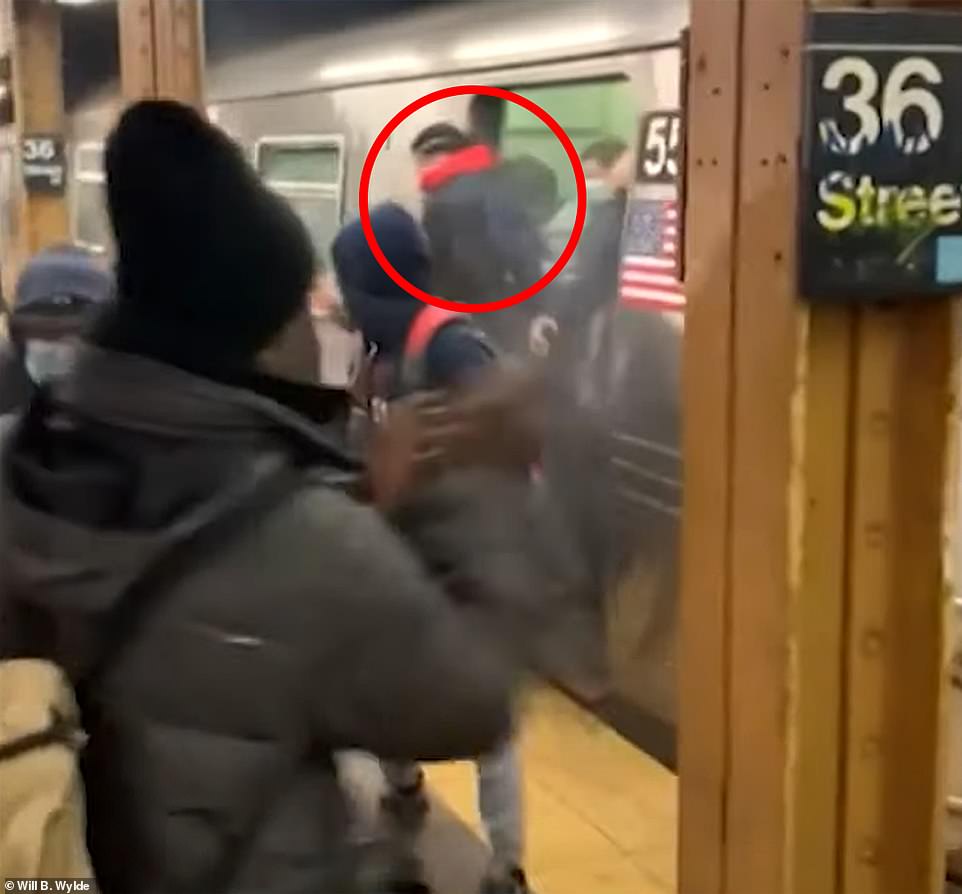 Hourari Benkada (wearing red hoodie) , 27, sat next to the man with a duffe bag and MTA vest before Tuesday’s subway attack 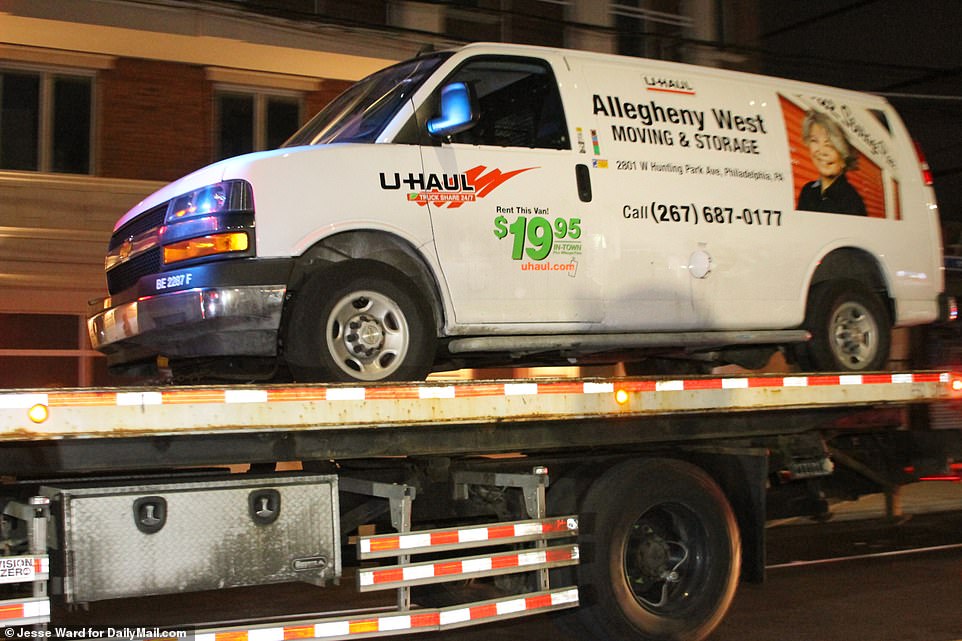 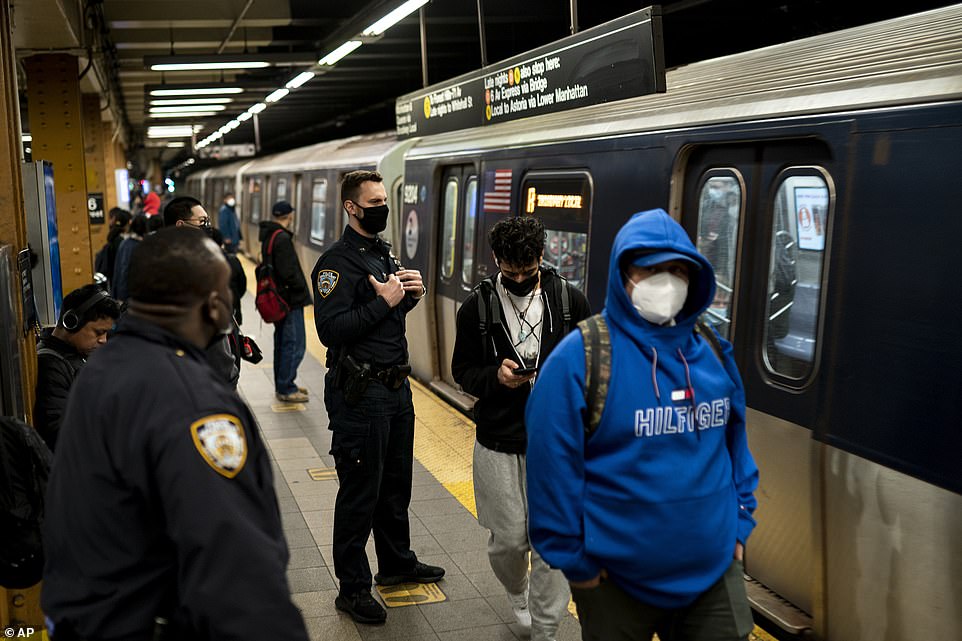 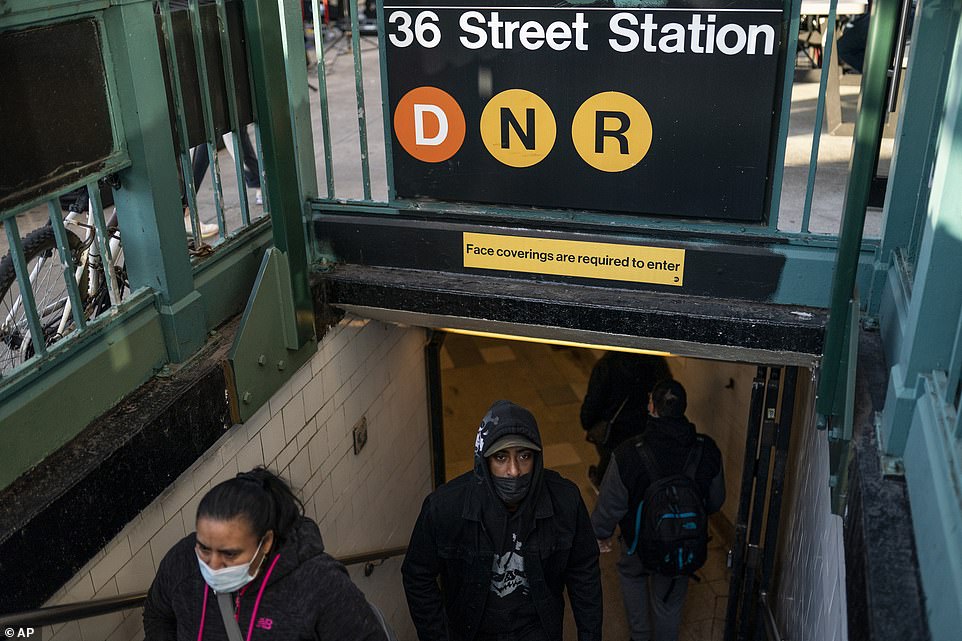 Pedestrians exit the 36th Street subway station where a shooting attack occurred the previous day during the morning commute, Wednesday, April 13, 2022, in New York. Police continued to hunt Wednesday for the gunman who opened fire on a subway train in Brooklyn, an attack that left multiple people shot and once again interrupted New York City’s long journey to post-pandemic normalcy