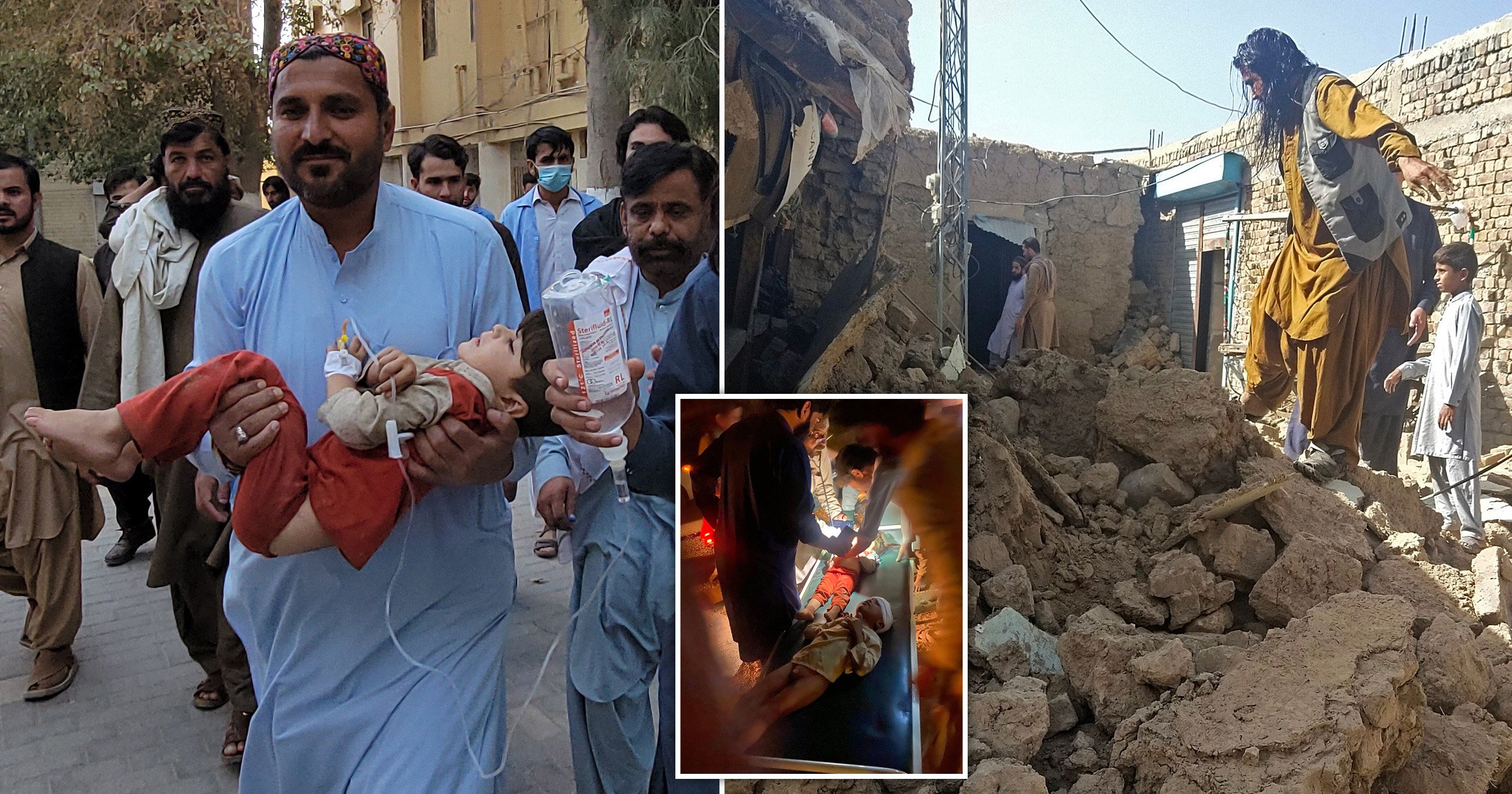 A strong earthquake left at least 20 people dead and injured hundreds in south-west Pakistan on Thursday.

The 5.9 magnitude quake collapsed at least one coal mine and many flimsy mud houses in the remote mountainous areas.

Rescue workers say most of the dead are women and children.

More than 300 people have been injured and the death toll is expected to rise as crew search the region, the local deputy commissioner warned.

At least four of those who died were killed in the coal mine, which collapsed as they were working, Suhail Anwar Shaheen added.

He said rescue efforts are underway but added that it would take hours to reach many of the hardest-hit areas in Baluchistan province.

The quake struck while many residents were sleeping, trapping people in some of the more than 100 homes which caved in.

That has left hundreds of people homeless, Mr Shaheen, said.

The epicentre was around 8 miles north-northeast of Harnai, the US Geological Survey said – an area where most of the population live in mud-brick houses.

Situated around 60 miles from Quetta, the provincial capital, the area is dotted with coal mines.

The early morning incident occurred at a time when many miners are at work – raising fears of further deaths and safety at other pits.

It struck around 12 miles below the Earth’s surface – making it a relatively shallow earthquake.

Those at a lower depth tend to cause more damage.

Stunned residents later gathered in the streets in the dark.

As rescuers searched through the rubble, some of the injured were treated on stretchers in the street under telephone torch light.

Resident Muzaffar Khan Tareen explained: ‘The earthquake struck at around 3 a.m. The seriously injured people are in hospital and they are waiting for ambulances to be moved to Quetta.’

The US Geological Survey initially measured the quake as a 5.7 magnitude.

Aftershocks are still being felt across the region.

Earthquakes are common in Pakistan, which sits on two colliding tectonic plates.

Get in touch with our news team by emailing us at [email protected].