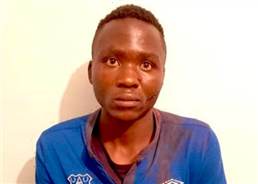 A CHILD killer dubbed "The Vampire" who confessed to butchering at least 10 kids has been lynched by a mob after escaping from prison.

Masten Wanjala, 20, was tracked down and killed after he sparked a national manhunt when he escaped his cell at a police station. 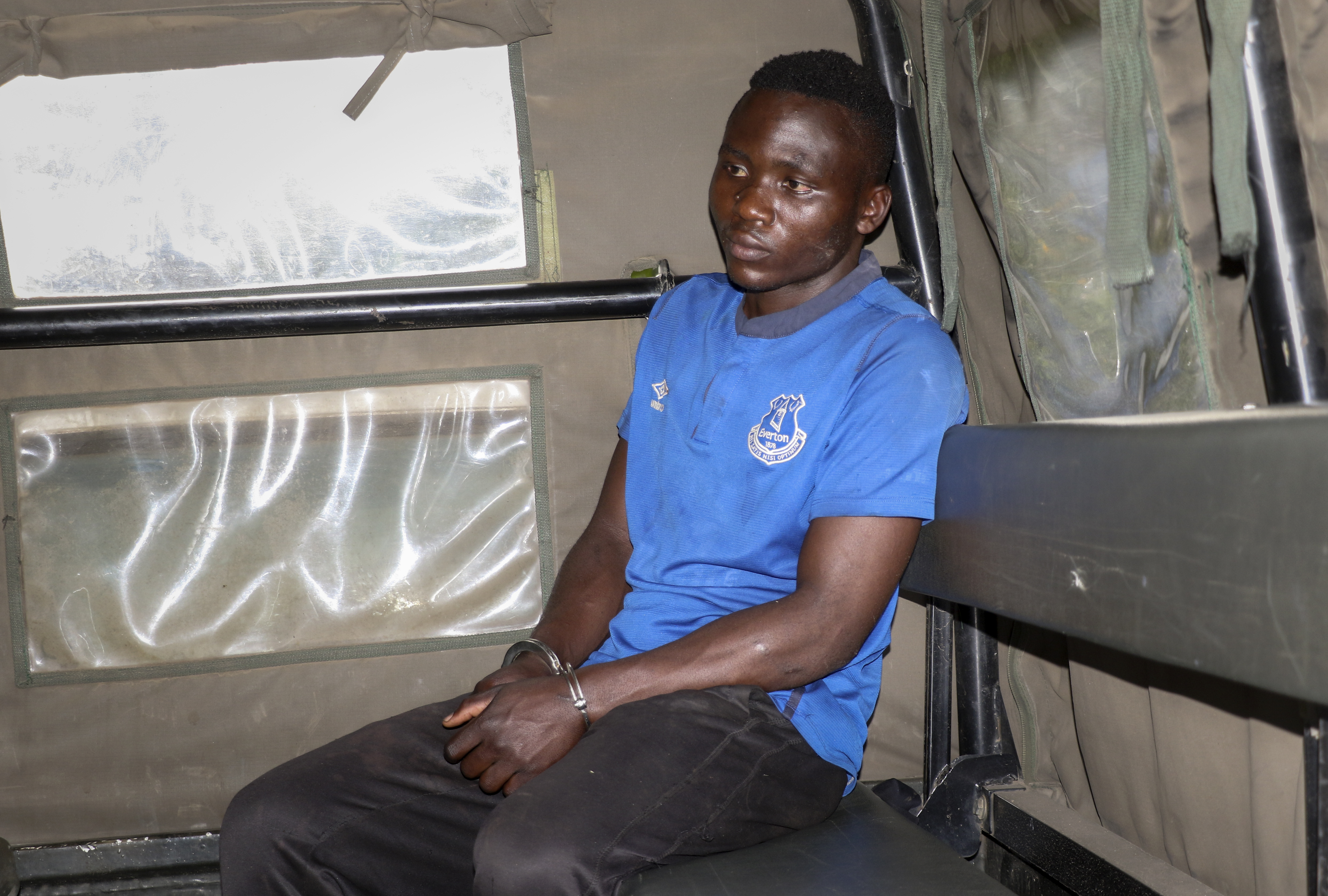 The killer had been originally arrested in July over the deaths of two boys, 12 and 13, when cops say he confessed to his other murders.

And he is alleged to have claimed he also "sucked the blood from their veins" before he executed them and then dumped their bodies.

Some of his victims remains were discovered in bushes – others were left to rot in the sewer system.

He was due for a court appearance on Wednesday in Nairobi, Kenya, when he went on the run.

Governor Mike Sonko put a price on his head of £1,316 pounds for anyone who could assist with bringing him in.

However, before the cops could track him down he was found by a furious mob some 250 miles away in his home town of Bungoma.

The killer was spotted by a group of children and was tracked down by the posse who chased and then lynched him.

Pictures show his body lying outside a property in the town surrounded by a group of men.

Wanjala is alleged to have posed as a football coach to get close to children – and in pictures from his arrest he is seen wearing an Everton shirt.

And then he allegedly drugged his victims, sucked their blood, and killed them.

Cops have said Wanjala's first victim was a 12-year-old girl he kidnapped five years ago, when the killer was just 16.

His murders sparked outrage across Kenya – and even inspired another example of mob justice when a man wrongly accused of the killings had his house burned down.

Police are continuing to probe whether or not "The Vampire" may have had accomplices. 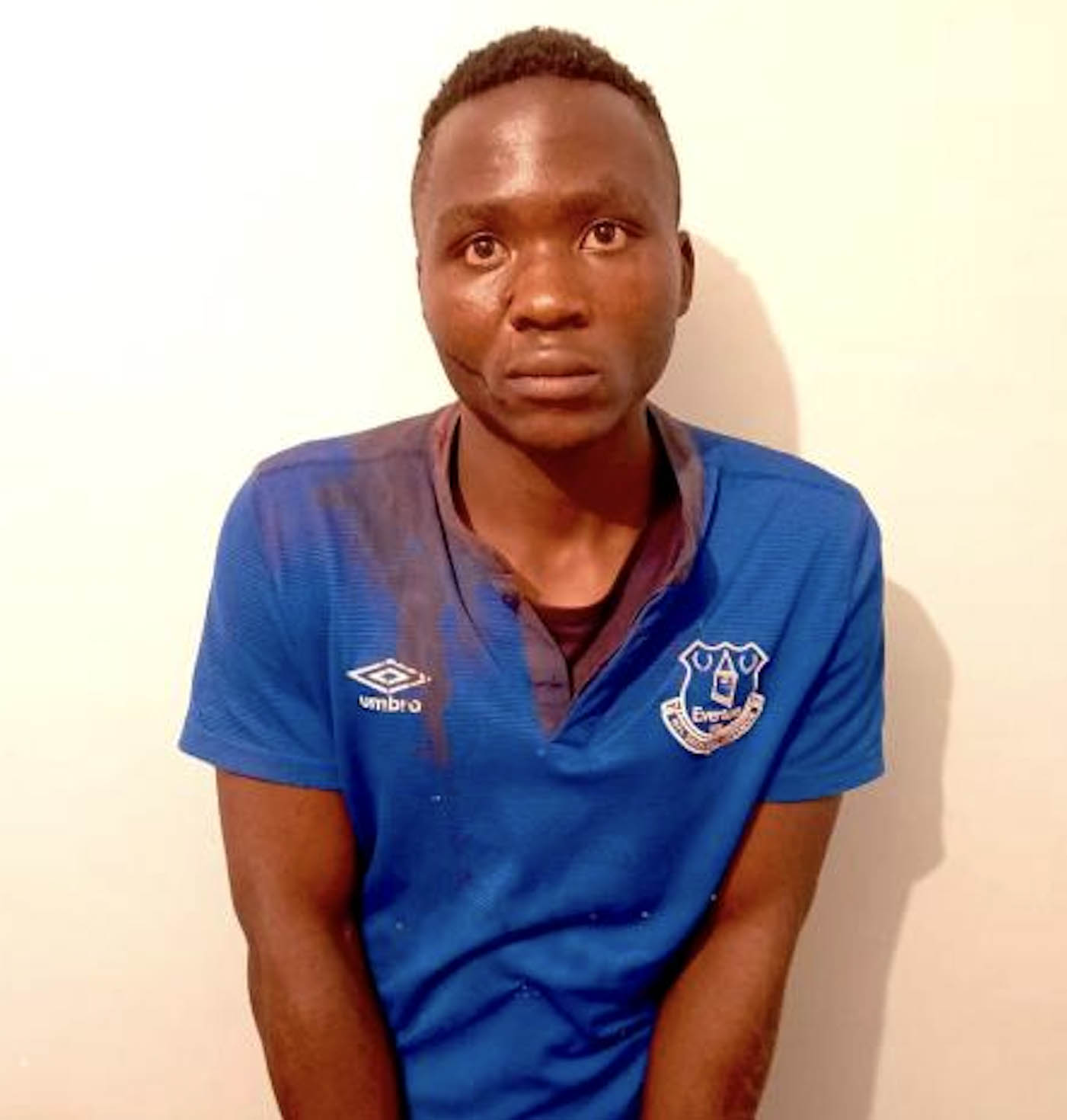 Three cops who were on duty at the police station where he fled from have also been arrested accused of failing in their duty or aiding his escape.

Police are confirming the identity of the lynched body – but locals are said to have positively identified him as Wanjala.

Kenya police spokesman Bruno Isohi Shioso defended his force's handling of the case and its end in mob justice.

"Police can’t be everywhere," he told The Washington Post.

Wanjala's dad Robert also apologised to the victim's families and said he was "heartbroken but ready to bury” his son.

And the mum of one of his victims, Grace Adhiambo, said she was glad he was dead, saying she was "relieved" after hearing about his escape.

Another of the victims' parents, Tony Opindo Wala, however added he wished he had learned more about the killings – and he is sure the killer did not work alone.

"He went away [died] with a lot of information," he said.

“We just wanted to know how he did it. How did he lure them, what kind of deaths did they experience? … We do not have closure in that regard."