A chicken strapped into a parachute was the object of a cruel stunt carried out by tech enthusiasts in Malaysia when they launched it out of a remote-controlled airplane.

The feathered creature was seen taking off in a small blue plane with a red banner attached to the back as its human handlers watched on in excitement as they waited to spot the terrified bird come hurtling back to earth.

The nervous hen can be seen in the video soaring through the sky for a split second before its parachute is deployed and it begins its descent. 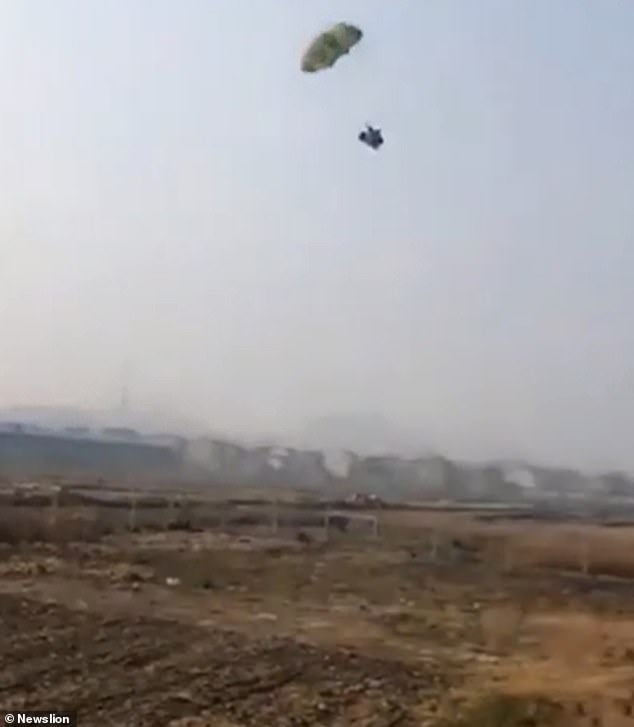 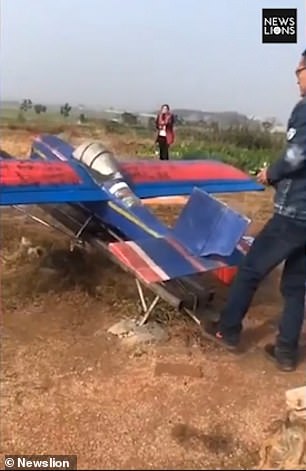 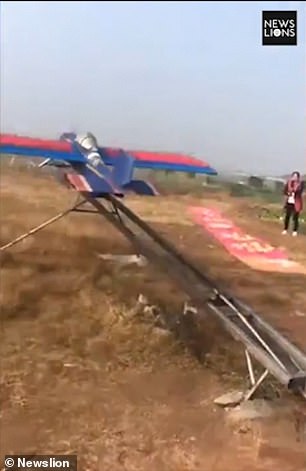 In what the tech enthusiasts called an ‘experiment’ when they launched the bird on its maiden flight on December 4, this chicken got to soar to heights not usually possible for these clucking birds

By nature, chickens are heavy birds and can’t get very far by flapping their wings, flying as high as about 10 feet into the air for 30 or 40 feet before hitting land.

In what the tech enthusiasts called an ‘experiment’ when they launched the terrified bird on its maiden flight on December 4, this chicken got to soar to heights not usually possible for these clucking birds.

Luckily for the chicken, it landed safely, if not shaken, as it is seen scrambling around on the ground in what seems to be an effort to get to safety. 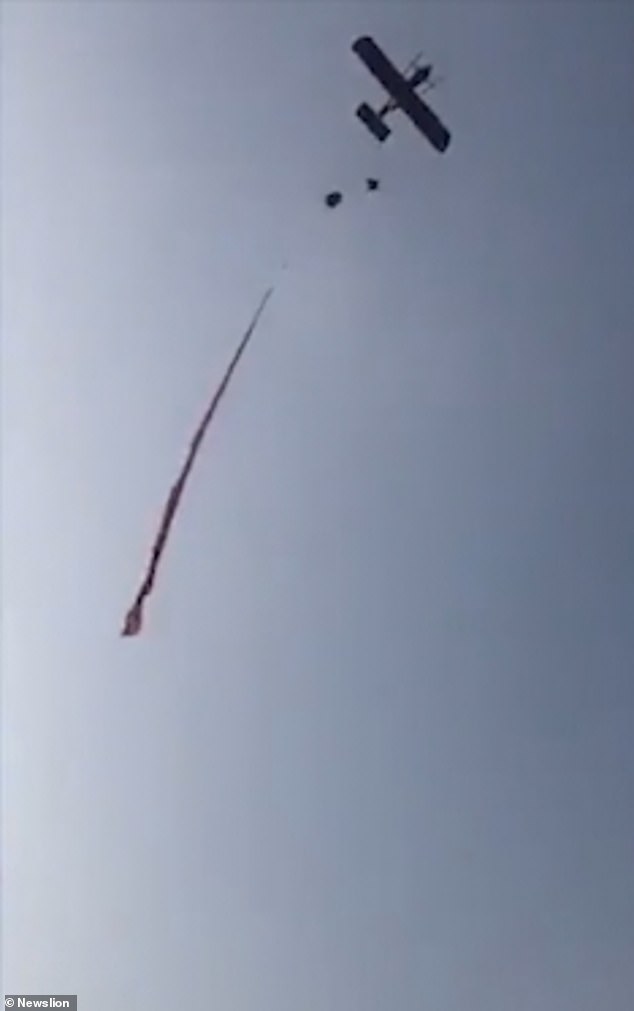 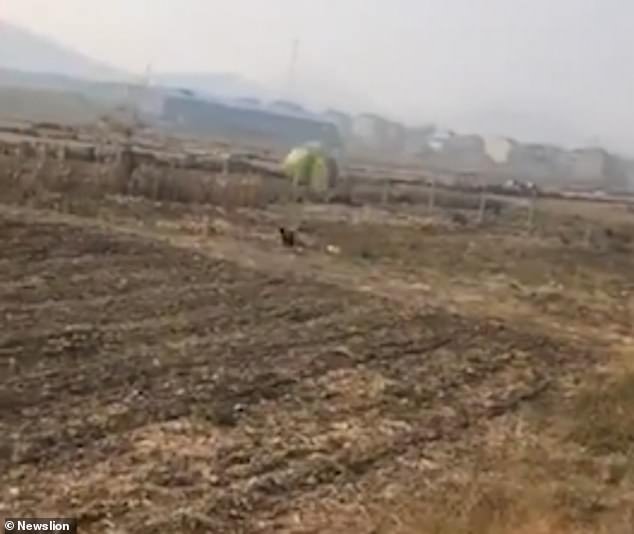 The scared chicken hurtled to the ground, luckily landing on its feet unhurt before running around what looks like a ploughed field somewhere in Malaysia, its parachute still attached