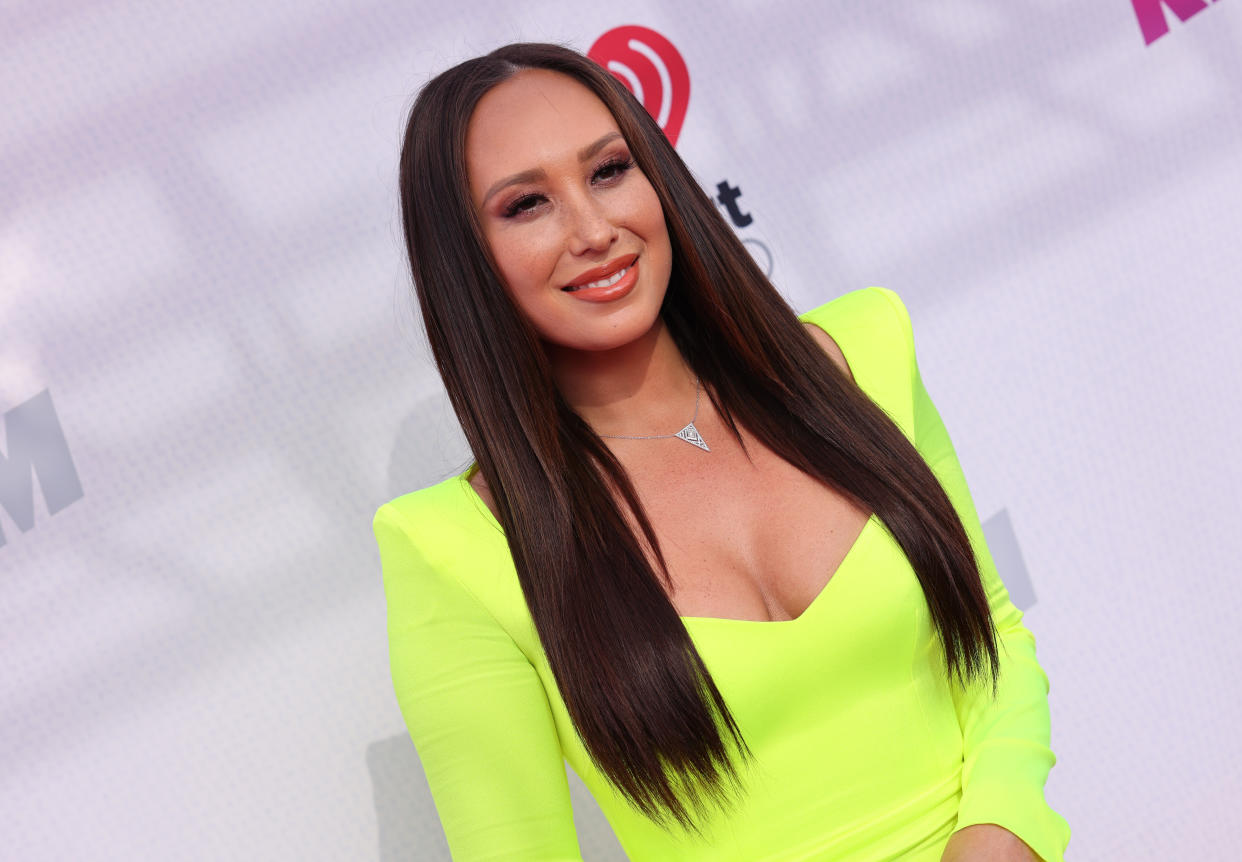 Cheryl Burke is hanging up her dancing shoes.

On Sunday the professional dancer revealed that she is leaving Dancing With the Stars after 26 seasons, with Monday night's season finale marking her "farewell dance." her announcement comes a week after head judge Len Goodman confirmed that he will be retiring from the show, which now airs on Disney+.

In an emotional Instagram post, Burke, 38, reflected on her long history with the show, which includes being the first female pro dancer to win the show. After winning the Mirrorball Trophy in Season 2 with former boy bander Drew Lachey, Burke repeated the feat the following year with a new partner, football star. Emmitt Smith. Most recently, she was paired with TV weatherman Sam Champion, finishing the current 31st season in 13th place.

"I am sitting here full of so many conflicting emotions about the words I am about to write," the dancer wrote.

"Tomorrow night will officially be my final dance as a pro dancer on @dancingwiththestars. This has been one of the absolute hardest decisions of my life & I am also confident that it is the right one," she shared, adding a photo of herself in a red ballroom ensemble.

"This show has been my 2nd family since I was 21 years old," she continued. "The cast, crew & fans have seen me through my highest highs & some of my lowest lows, & I honestly don’t know who I would be today without them. I also know that it is time for me to begin the next phase of my career, although dance will always be a part of me. I am excited about the idea of evolving, about being challenged in new ways, having the ability to expand my commitment to mental health advocacy, focusing on my newfound love for podcasting, & I’m ready to face the uncertainty (though it’s scary as sh**) of what the future holds — I do have a few things up my sleeves though, so don’t worry."

This isn't the first time Burke, who sat out the competition show's 19th through 22nd seasons to pursue other projects, which included joining Dance Moms. She also did not appear in DWTS's Season 24 or Season 26, but had been a constant presence for the past five seasons.

In her goodbye note, Burke teased her final turn on the dance floor for the show's Nov. 21 finale. She will be performing alongside pros Pasha Pashkov and Louis Van Amstel.

"I hope that you will tune in to see my farewell dance during tomorrow’s Finale as it is dedicated to all of YOU that have supported me, loved me even if you didn’t know me, & who have been such a huge part of my life, my growth, & my story," she told fans. "I’m honestly not sure how I’m going to get through it without tears but even with the heartache & emotions, I am grateful to have the opportunity to perform this dance & do so with two of my favorite male pros to dance with, @pashapashkov & @louisvanamstel."

Burke, who this year divorced Mrs. Doubtfire actor Matthew Laurence after nearly three years of marriage, went on to thank her DWTS community "for being my rock [and] foundation … during the difficult moments."

"Though there aren’t enough words to express my deep gratitude & love to my entire DWTS family I will end with this: thank you for being my rock & foundation for close to two decades during the difficult moments & most of all, thank you for giving ballroom dancing the credit & attention it deserves," she wrote. "You have not only brought joy to millions upon millions of viewers every season, you have brought light & so much love into my heart & soul when I’ve needed it most. This has truly been the experience of a lifetime. I’m looking forward to this next chapter of my career, but man will this one be hard to beat! Until next time…Love you all, always & forever."

While it remains unclear what the next chapter of Burke's career involves, the TV personality has recently given fans a glimpse of her life outside the ballroom. Along with her divorce and other intimate topics, Burke has spoken candidly about her sobriety, battle with body dysmorphia and experience with abortion. In September, she spoke to Yahoo Life about "choosing not to date" after her breakup and learning to focus on her own needs.

“I used to put everybody else in front of me and my needs, and I realize that that I'm doing myself a disservice,” she shared. “I think it's very important to just take a breath and be kind to yourself because this is not easy.”