And he didn’t cry! Chef shows off his nifty knifework as he slices through a tower of six onions in seconds

This is the extraordinary moment a chef displays his culinary expertise by slicing through a tower of six onions.

Footage, captured in Keelakunupatti, Tamil Nadu, India, shows the expert chef, who works at a hotel slicing vegetables, effortlessly cut through the stack of onions without so much as a tear drop.

As his knife slices through the red onions from various angles, the chef is able to keep the tower steady without knocking the vegetables over. 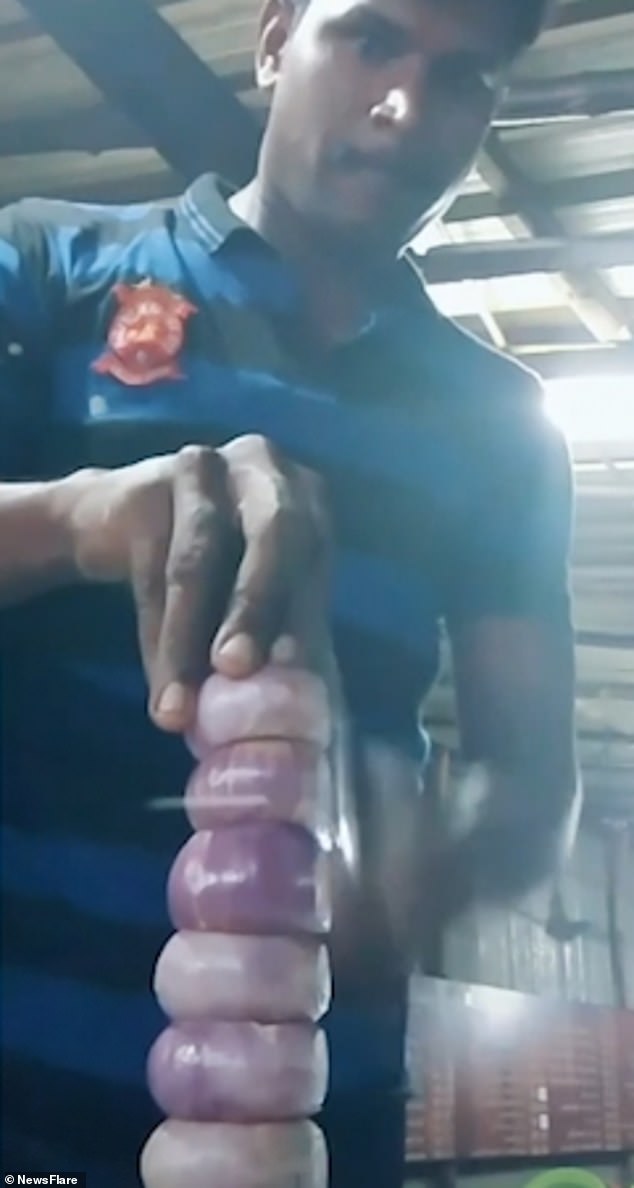 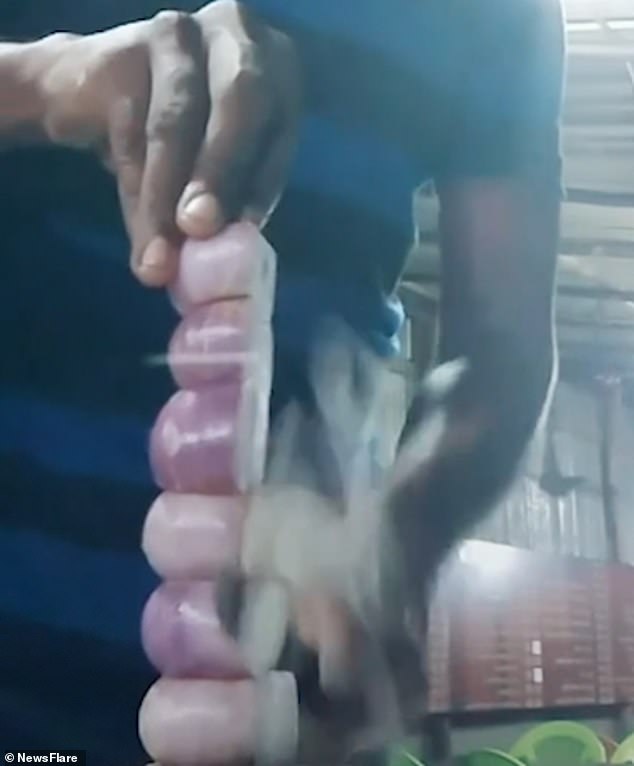 Footage, captured in Keelakunupatti, Tamil Nadu, India, shows the chef, flawlessly cut through all the vegetables 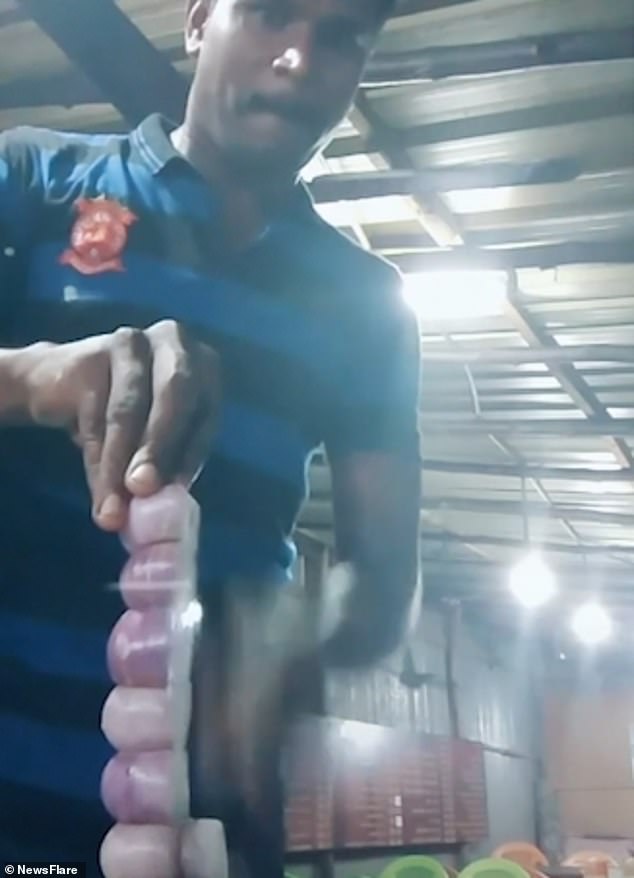 At one point during the recording the chef takes his eyes off the tower of onions and stares into the camera lens before returning his gaze back to the sliced vegetables.

Despite the speed at which he is able to cut through the vegetables, the chef continues to keep the tower of onions steady.

Footage of the culinary genius displaying his knife skills was later posted on social media. 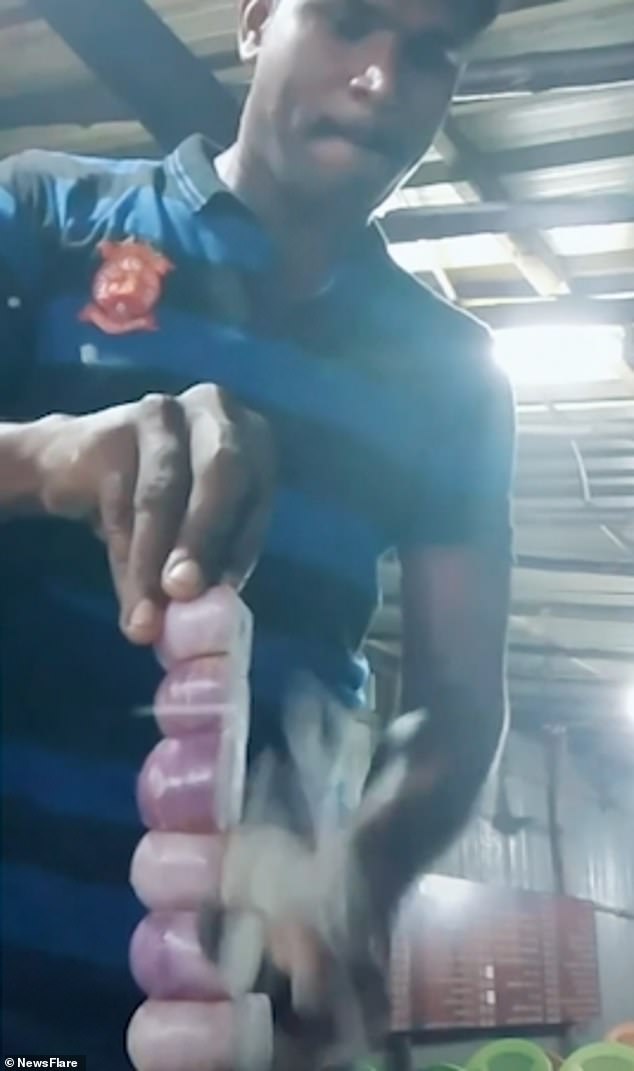 One user, Younis Khan, said: ‘Amazing talent, he uses one strike for all. Even a machine cannot defeat the guy.’

Another social media user said: ‘Wish we could do all the work at a single strike like him and get back home from our offices early.’

A third user, Ritu Sharma, commented: ‘Practice makes a man perfect. This is worth learning from him, if you practice your job well you’ll surely do wonders like him.’