This is the adorable moment a cheeky pet monkey helped herself to some grapes from a woman’s bag.

The video was recorded at Town Green Park in Texas and shows Sasha the monkey happily enjoying a juicy snack.

A woman, believed to be Sasha’s owner, recorded the monkey after showing her where the grapes were kept.

The woman said that Sasha had been curious when she saw her eating the grapes and jumped at her bag, while on a lead.

She explained: ‘Sasha saw where I was getting the grapes from so she jumped down and helped herself.’

Sasha seemed to enjoy the grapes, burrowing in the woman’s bag to dig them out. 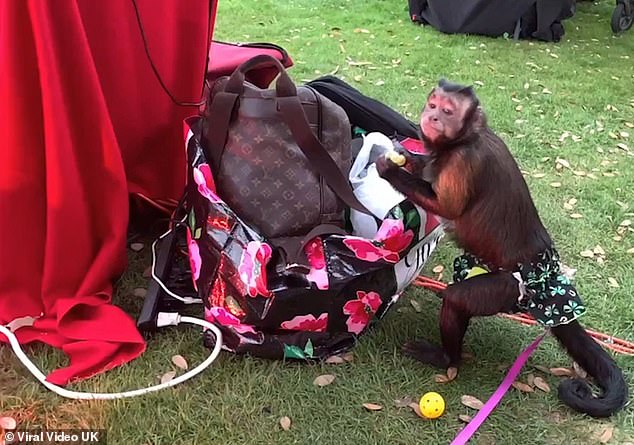 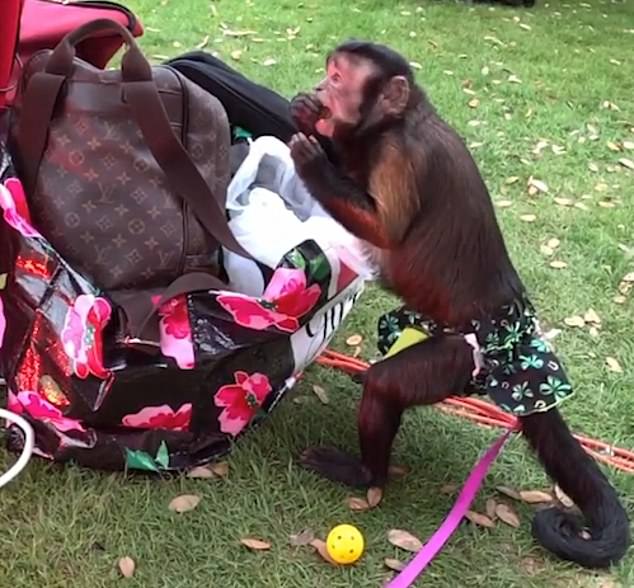 The monkey, dressed in a skirt, shoved the grapes into her mouth after jumping to the woman when she saw her eating them

The monkey looked very smug as she ate, stopping to look back at the camera every now and then.

Dressed in the bizarre skirt, she seemed to be on a lead and tucked into the grapes.

She appeared to be at a picnic or party and music could be heard as she ate.