England’s Catholic Church has strongly criticised the Government for banning communal worship in the country’s new lockdown, saying such gatherings have been a great help to the nation’s wellbeing throughout the pandemic.

Most religious services are banned under winter lockdown restrictions expected to last throughout November, which were announced by Prime Minister Boris Johnson on Saturday.

The Government has said weddings will not be allowed, apart from under ‘exceptional circumstances’ – which are yet to be defined, and funerals can be attended by a maximum of 30 people. 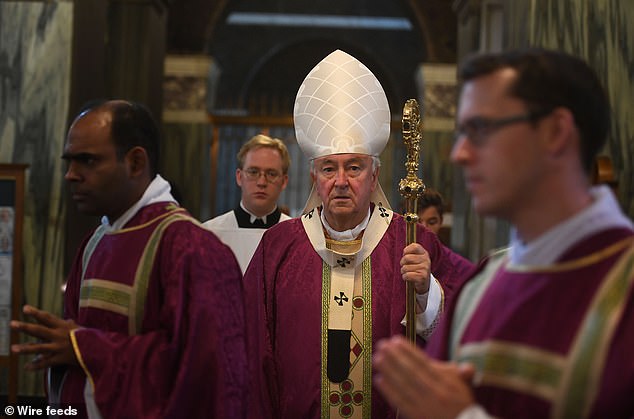 In England, pubs, bars, restaurants and non-essential retail businesses will close from November 5 until December 2, and people will be told to stay at home unless they have a specific reason to leave – but schools, colleges and nurseries will remain open.

Places of worship will be closed, unless used for funerals, to broadcast acts of worship, individual prayer, formal childcare, or essential services such as blood donation or food banks.

The president and vice-president of the Catholic Church’s Bishops’ Conference – Cardinal Vincent Nichols and Archbishop Malcolm McMahon – demanded the Government explain its reasons for the ban on communal worship, saying churches had acted responsibly in enacting Covid-safe practices.

‘It is … a source of deep anguish now that the Government is requiring, once again, the cessation of public communal worship,’ the bishop said in a statement.

‘Whilst we understand the many difficult decisions facing the Government, we have not yet seen any evidence whatsoever that would make the banning of communal worship, with all its human costs, a productive part of combatting the virus. 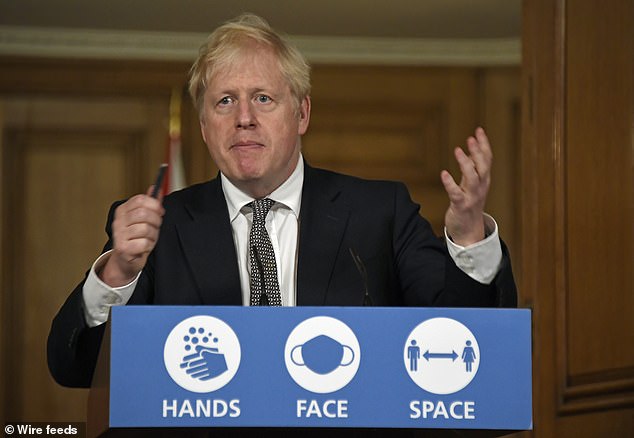 Pictured: Prime Minister Boris Johnson announcing the new lockdown. The Catholic church has called for the Government to explain its reasons for banning communal worship

‘We ask the Government to produce this evidence that justifies the cessation of acts of public worship.

‘To counter the virus we will, as a society, need to make sustained sacrifices for months to come.

‘In requiring this sacrifice, the Government has a profound responsibility to show why it has taken particular decisions.

‘Not doing so risks eroding the unity we need as we enter a most difficult period for our country.’

The bishops said the new lockdown would bring ‘hardship, distress and suffering to many’.

‘Faith communities have played a vital role in sustaining personal, spiritual and mental health and encouraging vital charitable activities, which support hundreds of thousands of people in all sections of the community, especially the most vulnerable,’ bishops Nichol and Bishop McMahon said.

‘That critical service towards the common good of all is created and sustained by communal worship and prayer.

‘Part of this selfless giving has been a strong ethic of responsibility in the way in which we have reopened our churches so that essential worship has been enabled.’ 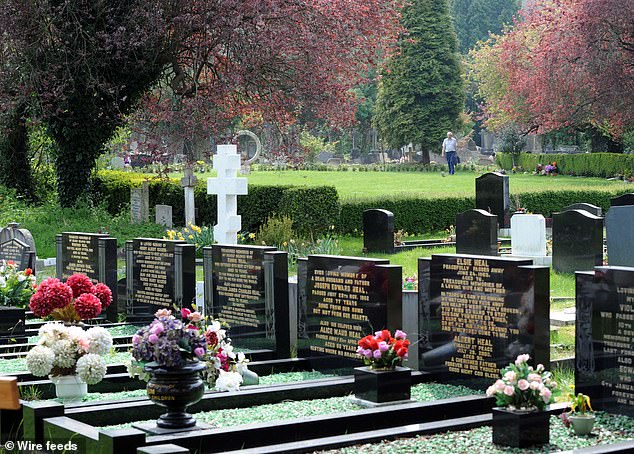 Under the new lockdown restrictions, the numbers allowed at funerals will be limited

Chair of the Church of England’s Recovery Group, Dame Sarah Mullally, said she will ‘study the detailed regulations when they are published’ and ‘seek clarification on how this may affect public worship’.

The Fellowship of Independent Evangelical Churches national director John Stevens said the new restrictions signal a ‘very significant emotional blow’ for Christian couples who had planned their weddings for November.

He said: ‘In the context of Covid where people are dying and really struggling with mental health, cancelling a wedding might seem small by comparison.

‘But the organisation that has gone into planning weddings and the financial cost… and it’s actually a really serious issue particularly for couples who are Biblical believing Christians.’

He added: ‘For people in church and other religious communities it seems a very unfair restriction – churches have put a great deal of effort into coronavirus measures and they are much safer than other settings which are still allowed to be open like secondary schools.’

The Government has promised to issue further guidance on the latest lockdown restrictions from Monday.