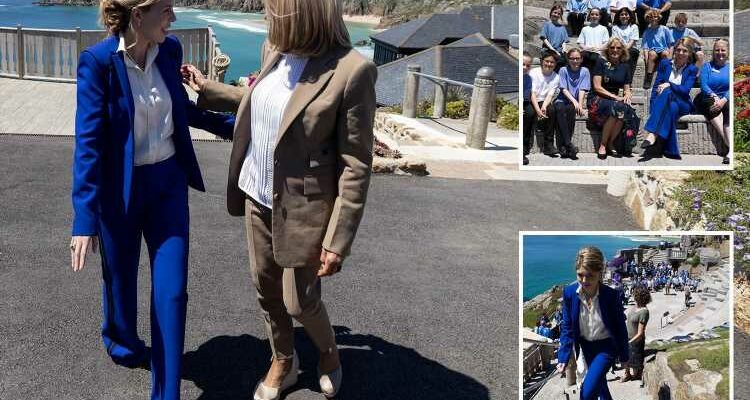 CARRIE Johnson has today stunned in an electric blue suit while taking Dr Jill Biden, Brigitte Macron and other G7 leaders' partners to a famous seaside theatre in Cornwall.

The PM’s wife, 33, showed them the open-air Minack Theatre, carved into the granite cliff and set in glorious gardens overlooking the spectacular Porthcurno Bay. 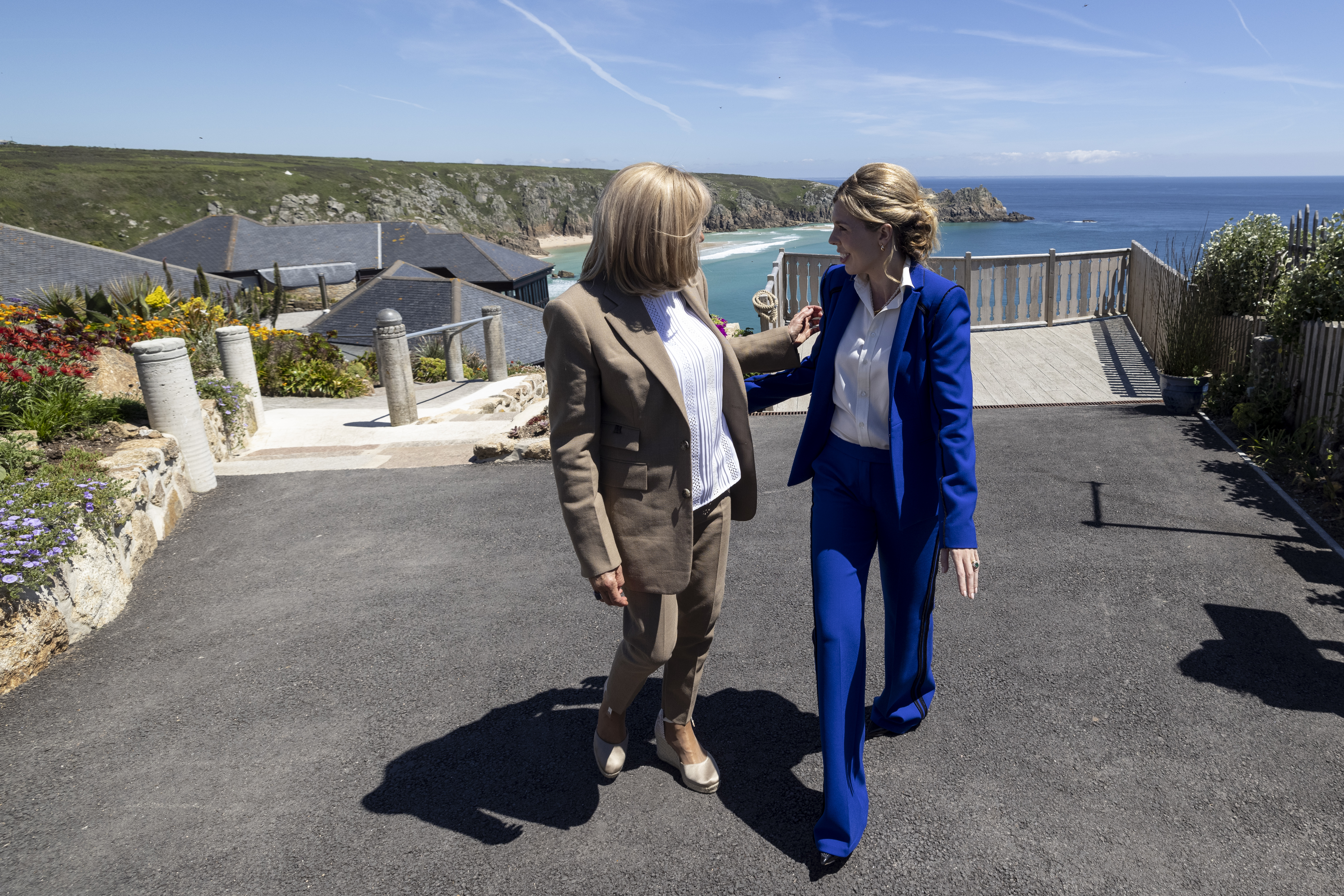 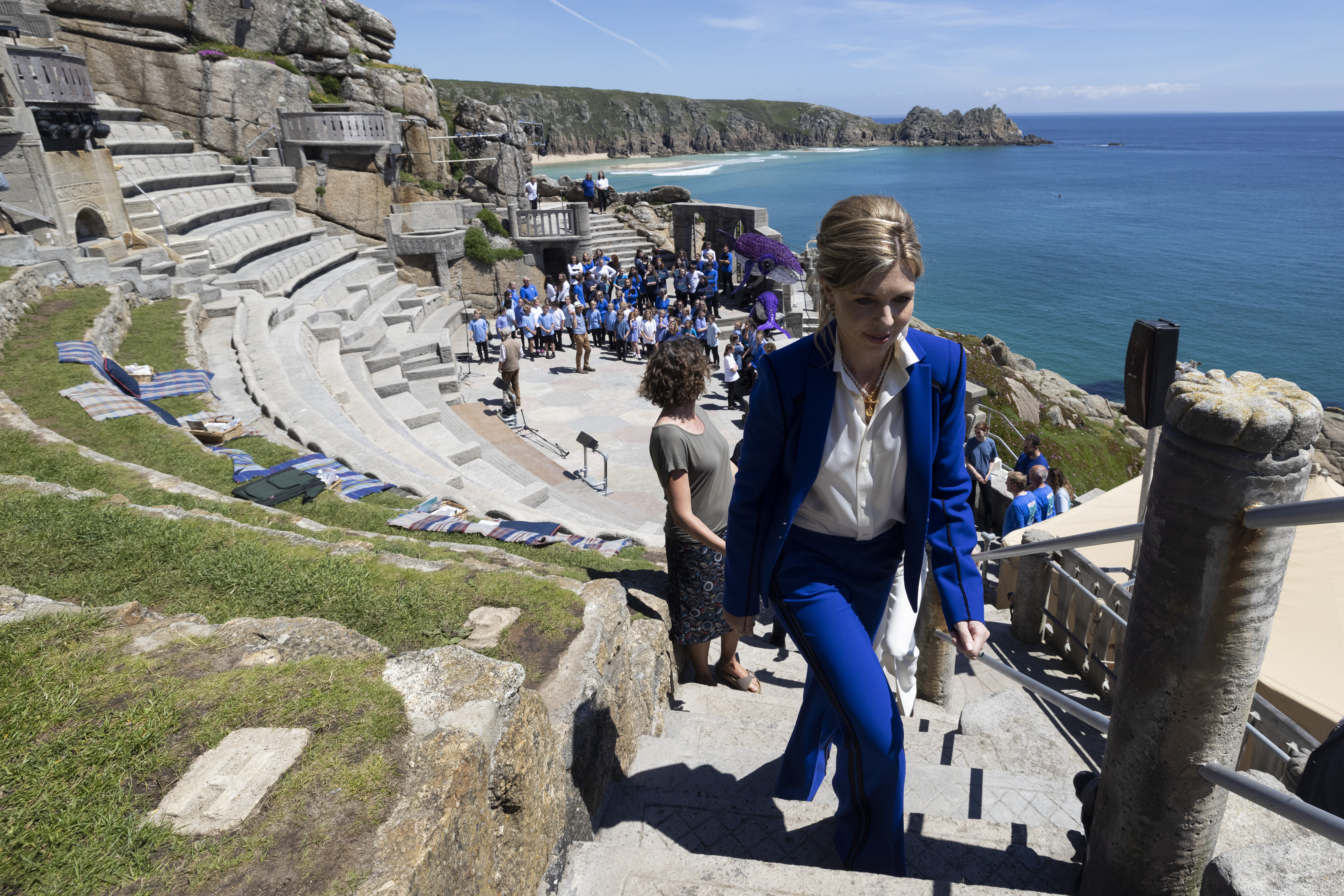 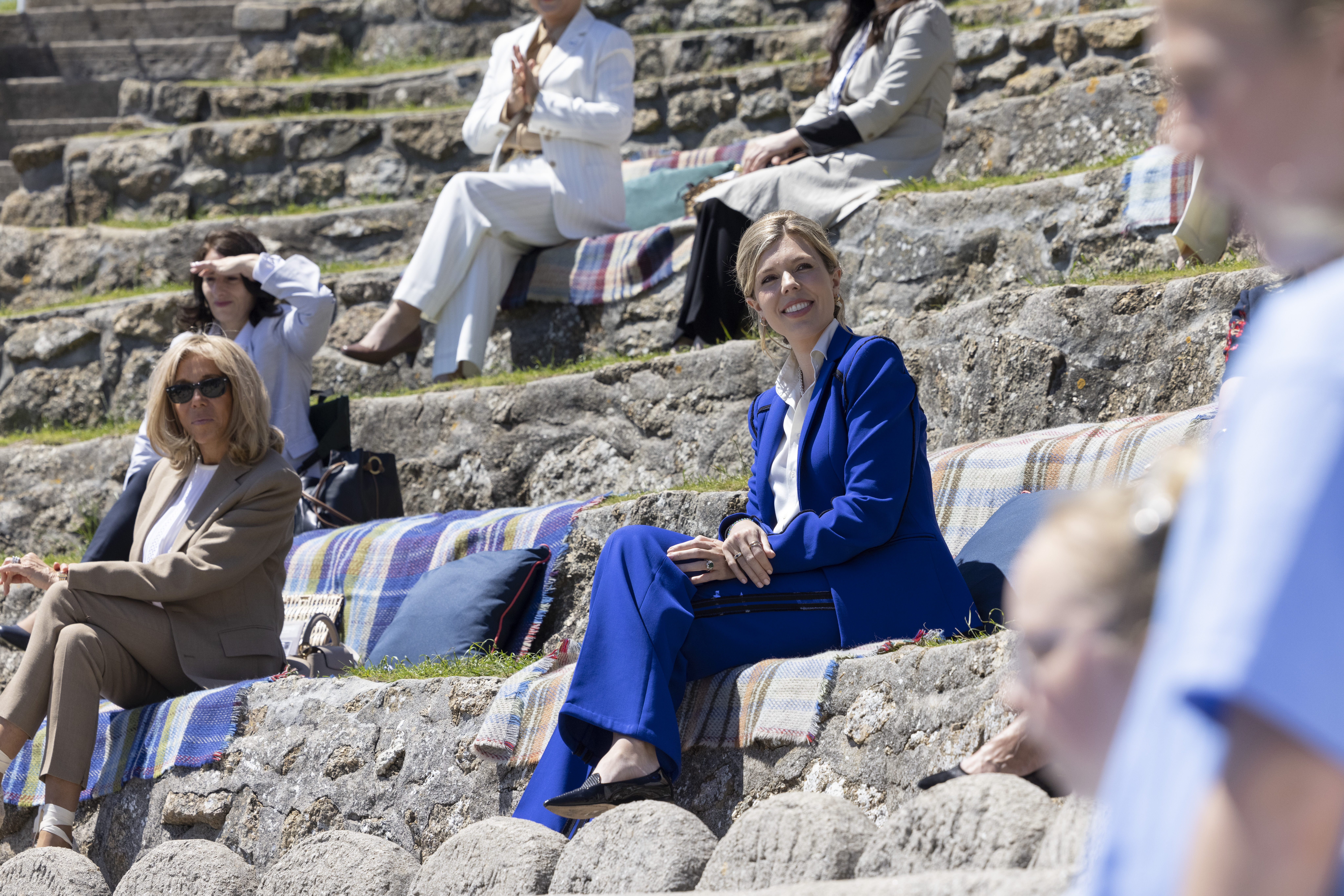 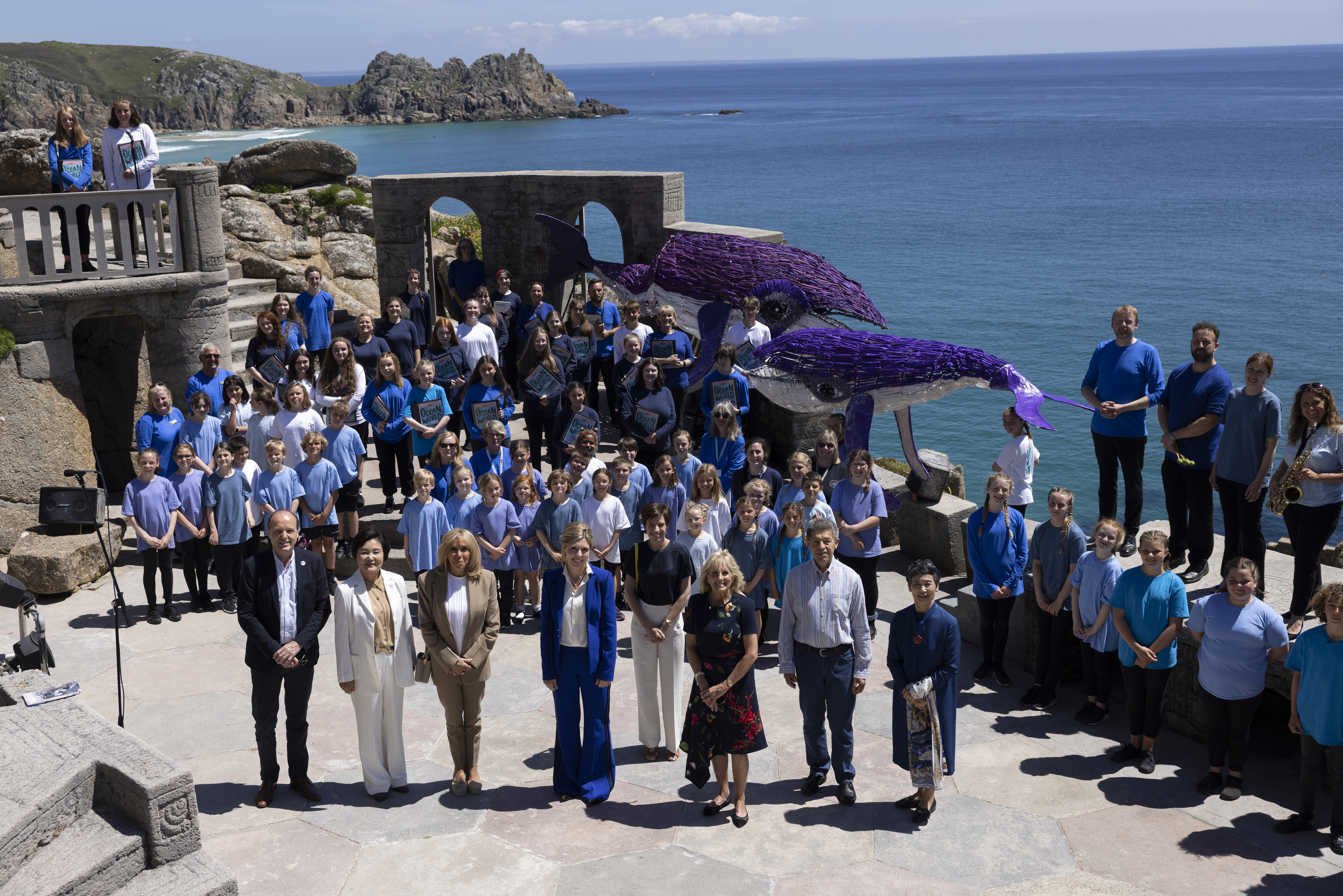 The Minack Theatre's boss had voiced concerns about today's weather.

But BBC News correspondent Jon Kay tweeted: "The director told me she'd been anxious about misty Cornish weather. She needn't have worried. A stunning backdrop."

They've also played host to the secretary-general of the United Nations, to the Group of Seven summit taking place on the coast of southwestern England.

The leaders elbow-bumped and posed for photos on Saturday while visiting a pristine beach in Cornwall. 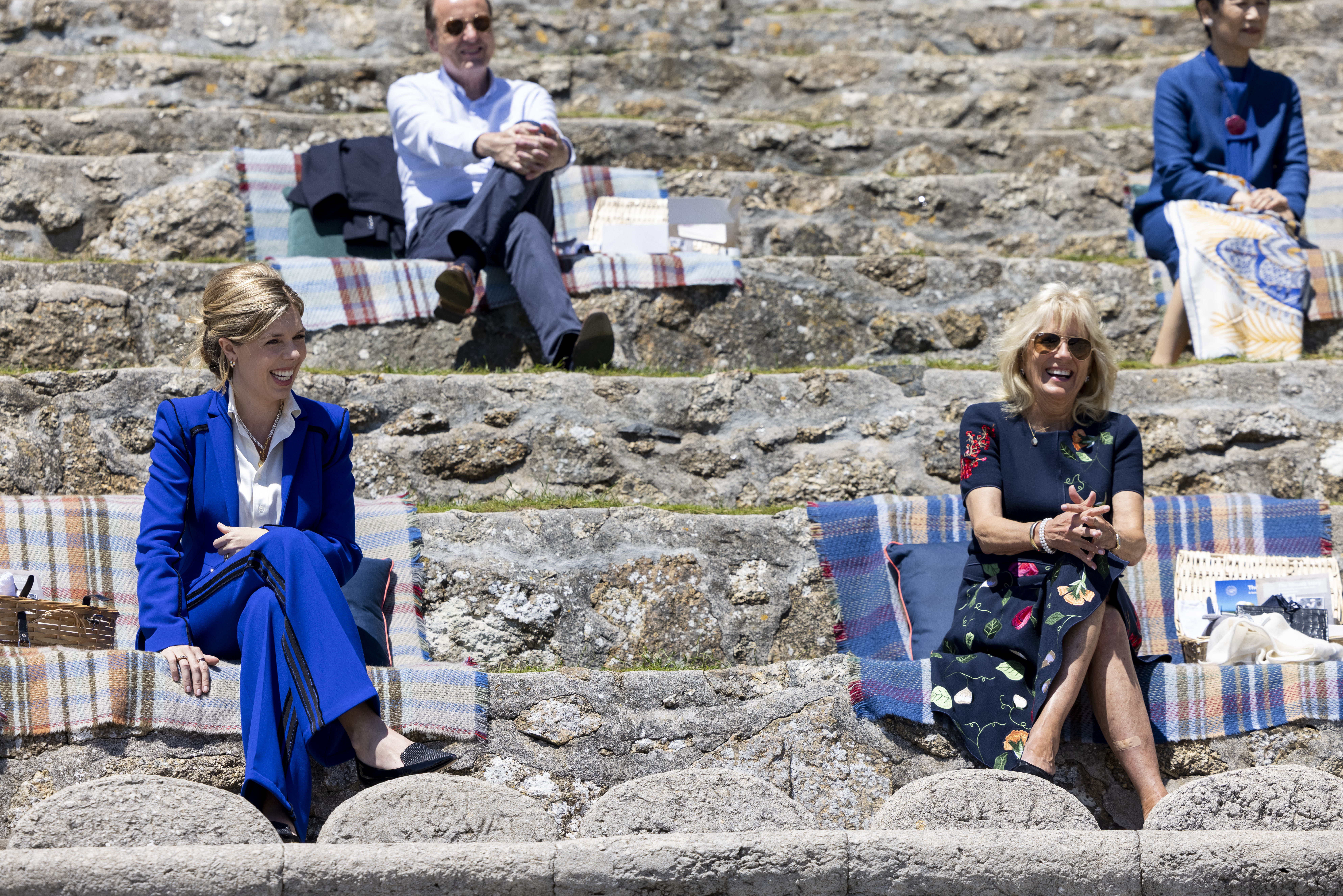 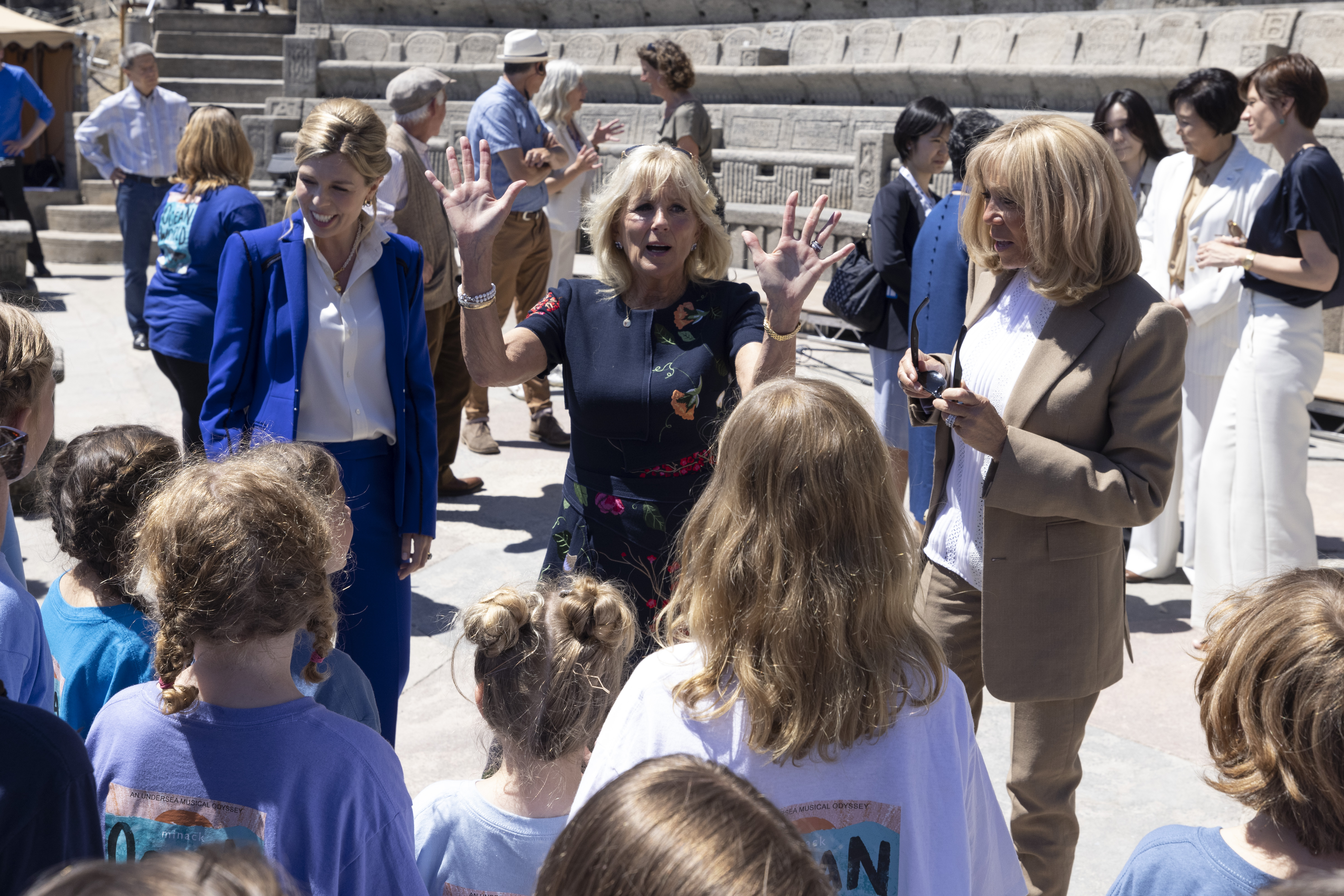 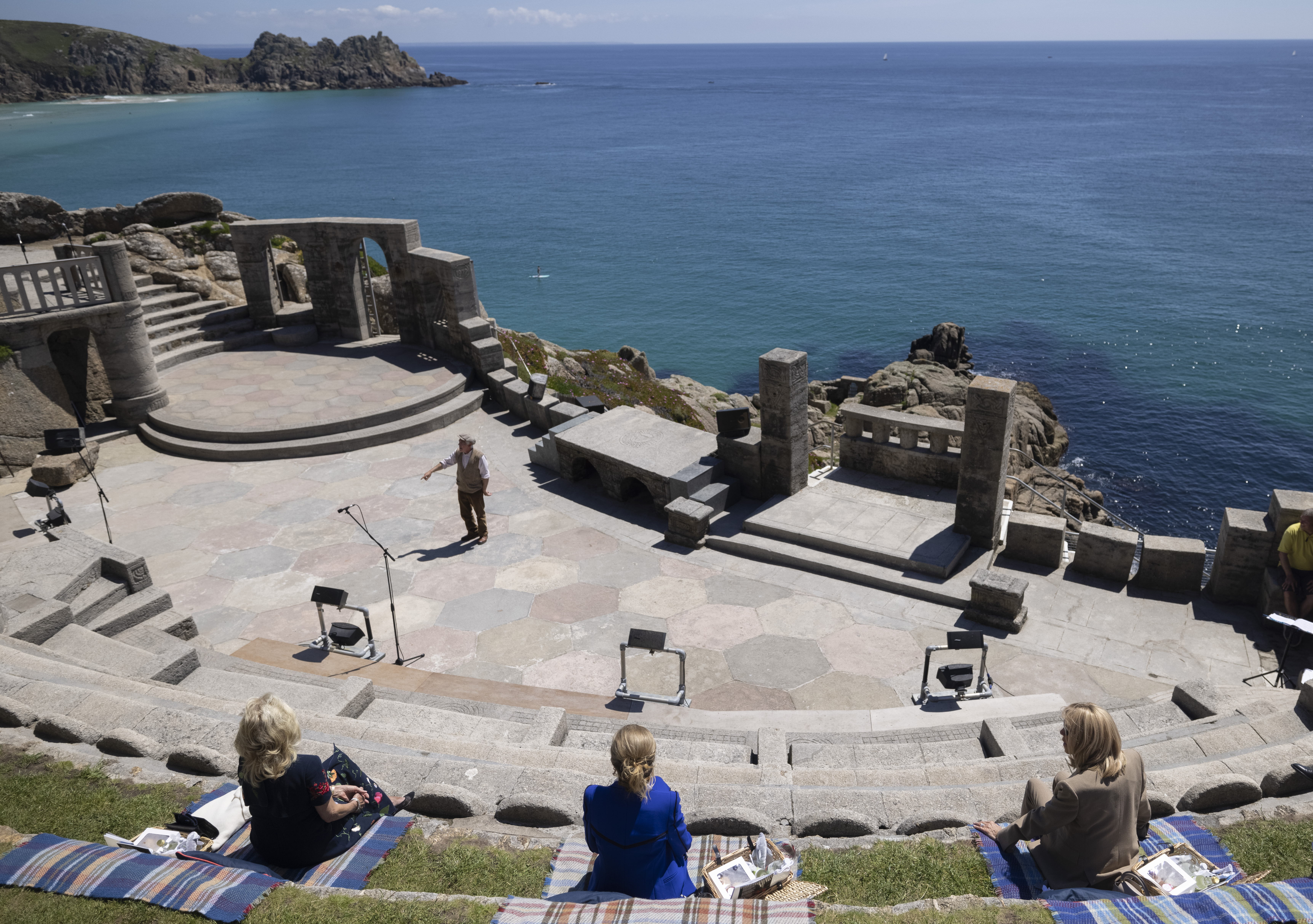 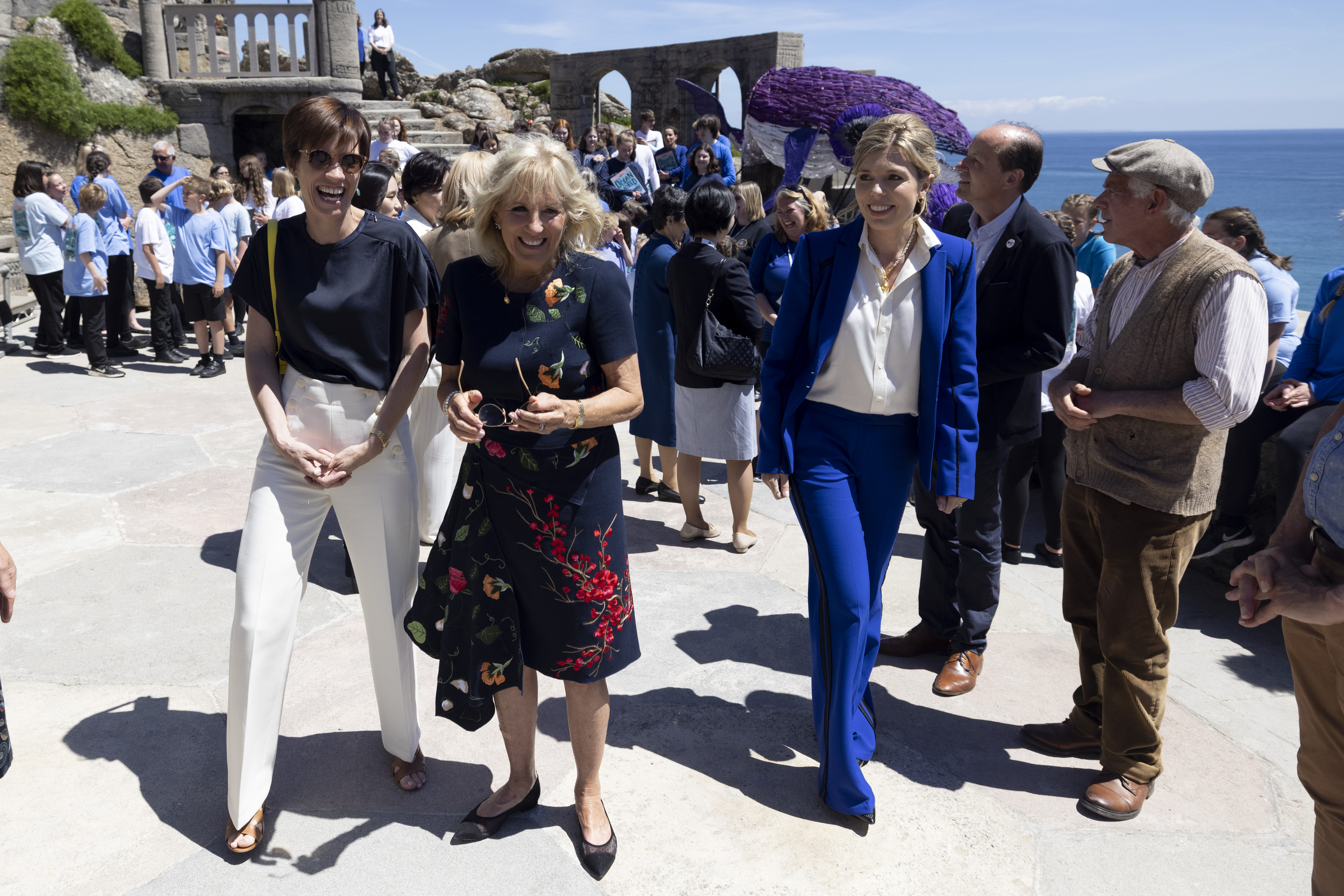 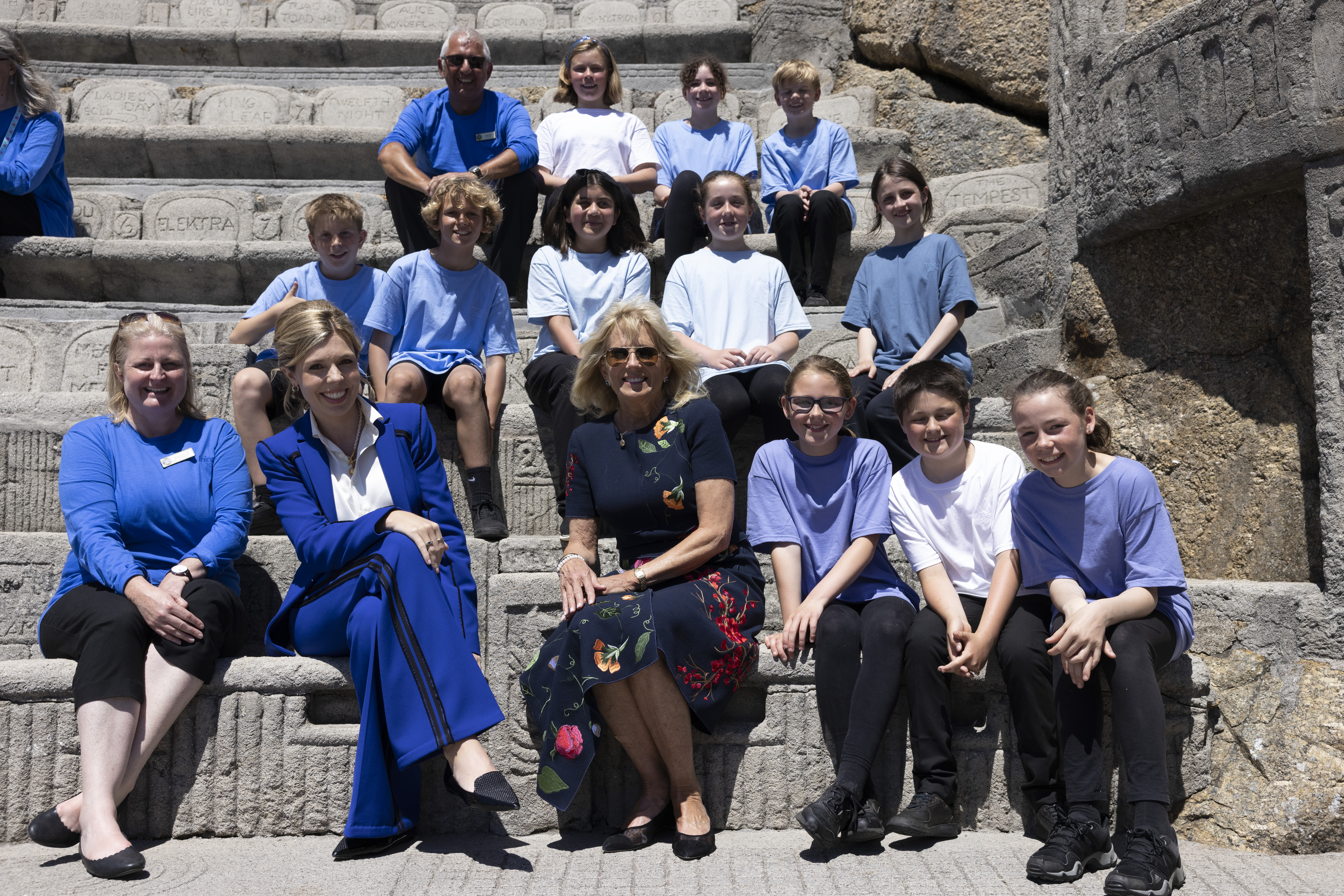 The leaders, whose three-day summit is scheduled to end on Sunday, are expected to commit to a new plan, called the Carbis Bay Declaration, to quash future pandemics within the first 100 days.

The G-7 nations are the UK, the United States, France, Germany, Italy, Canada and Japan.

The British government said the guest nations were invited to take part in the summit as part of Mr Johnson's Global Britain agenda.

The expanded group can help the G-7 intensify cooperation between the world's democratic and technologically advanced nations, it added. 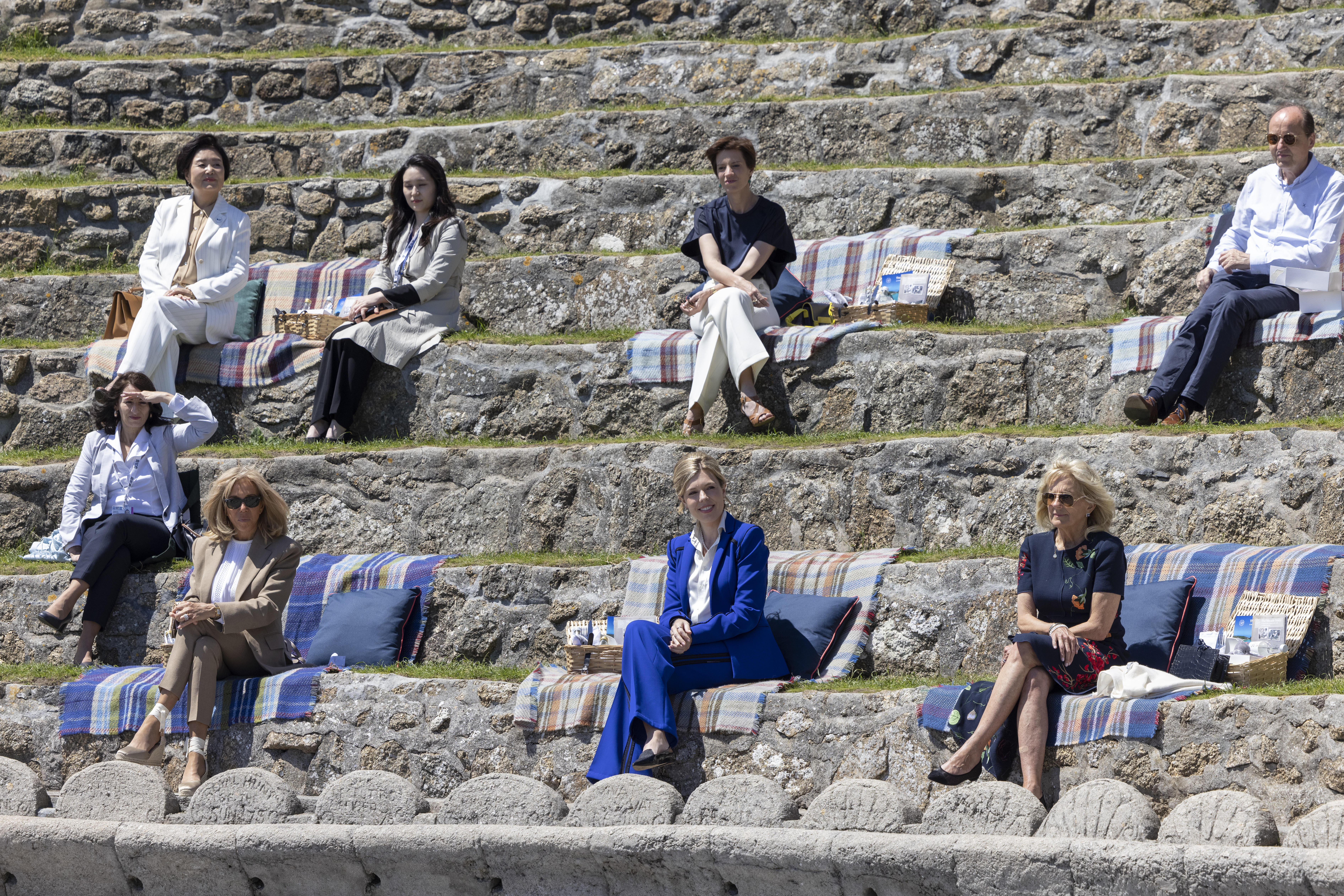 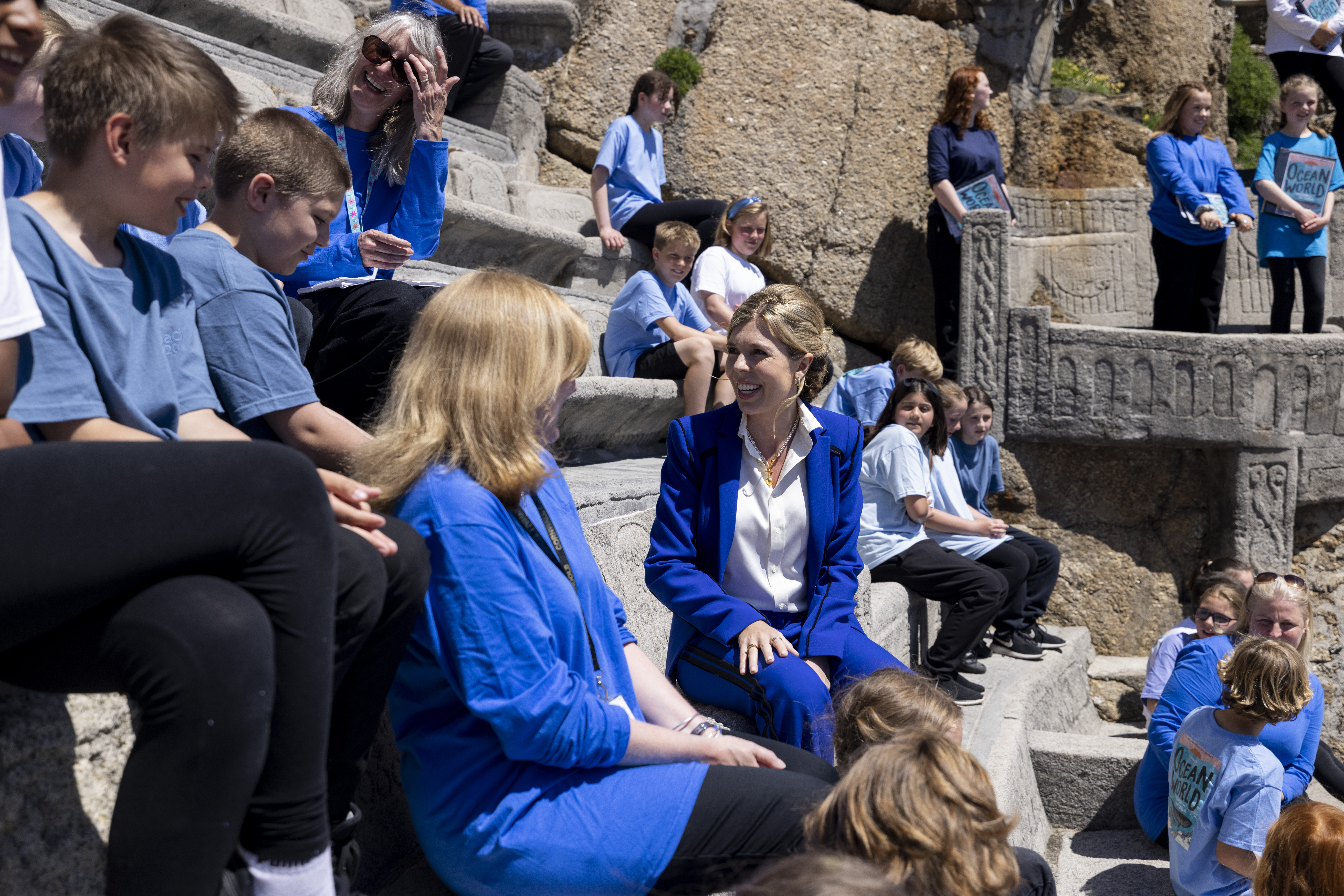 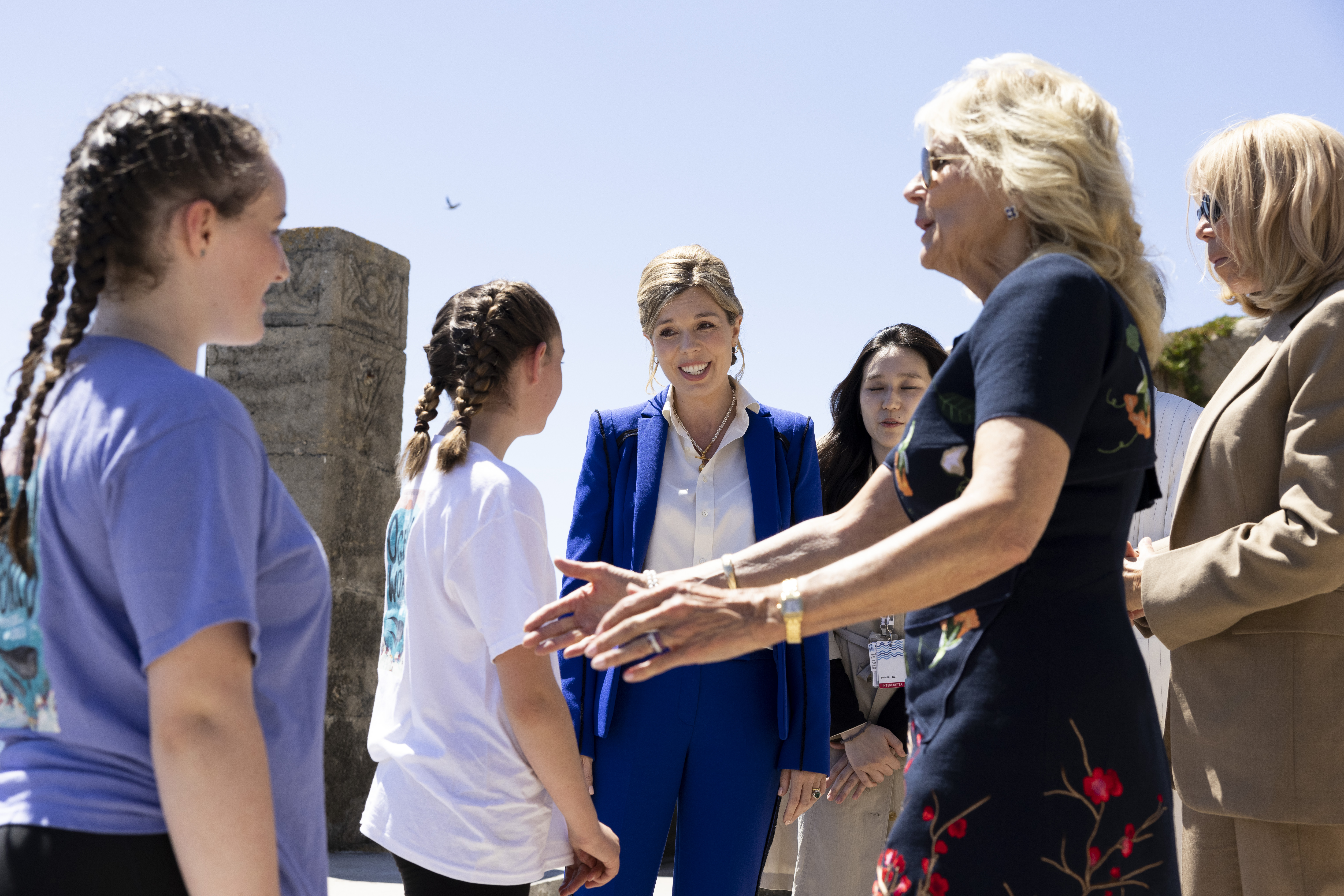 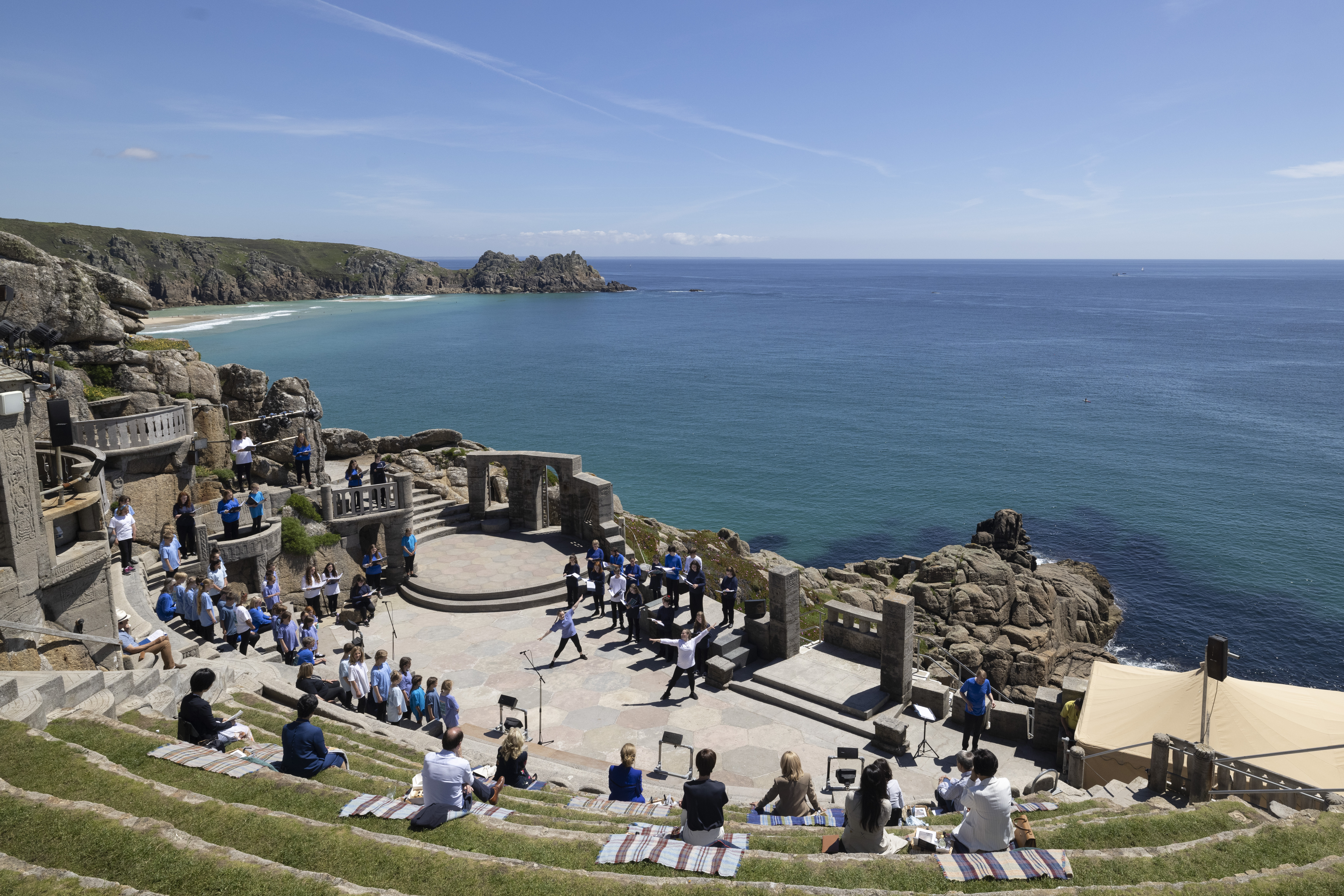 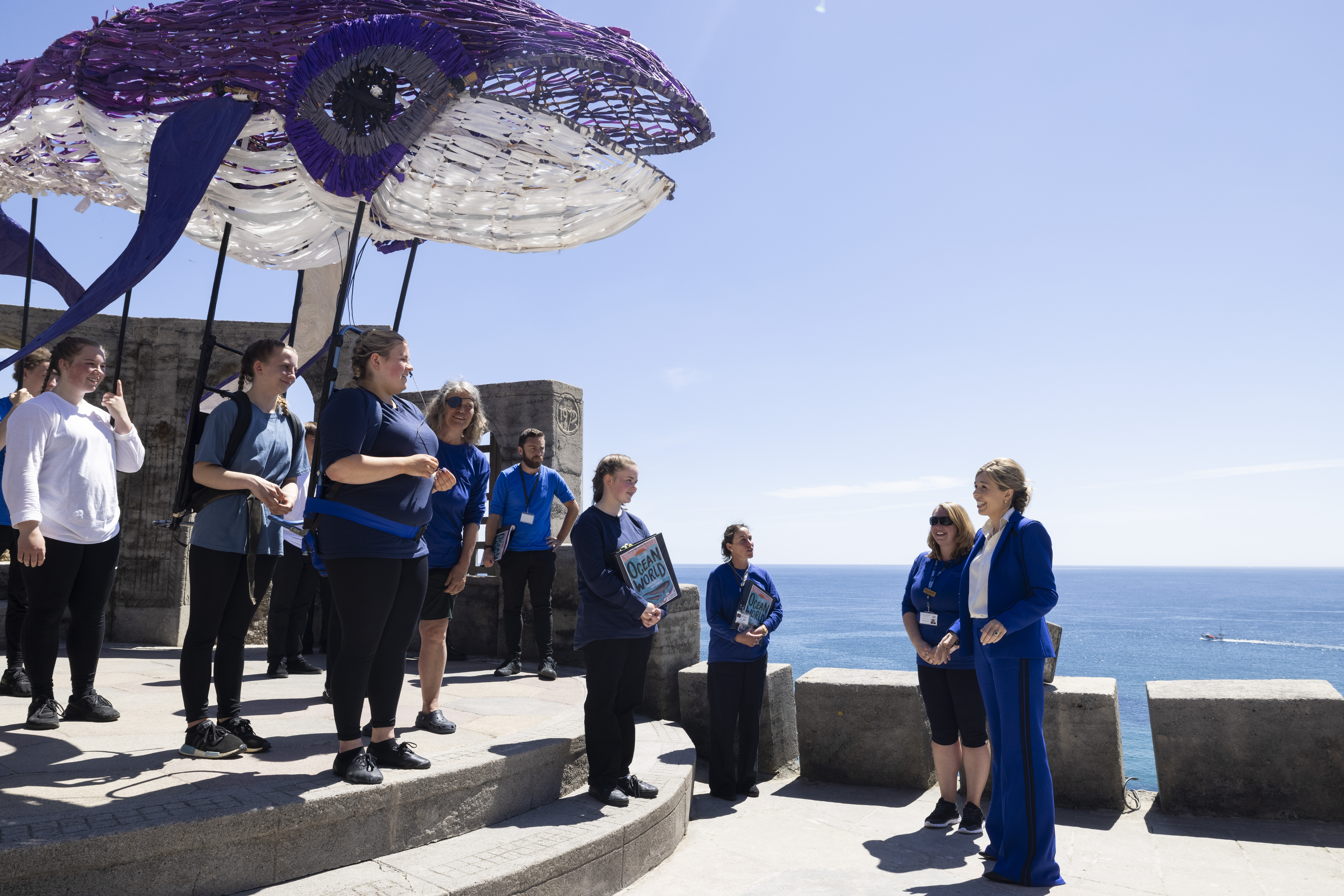 Minack is a living theatre with a dramatic setting.

Its summer theatre season runs from May to September presenting drama, musicals and opera.

Day visitors can explore this world famous open-air theatre created from a cliffside at Porthcurno by Rowena Cade.

The iconic space welcomes over a quarter of a million people each year to enjoy the stunning ocean views and experience the magic of live performance.

Mr Johnson has held meetings with German Chancellor Angela Merkel and French President Emmanuel Macron on the sidelines of a G-7 summit.