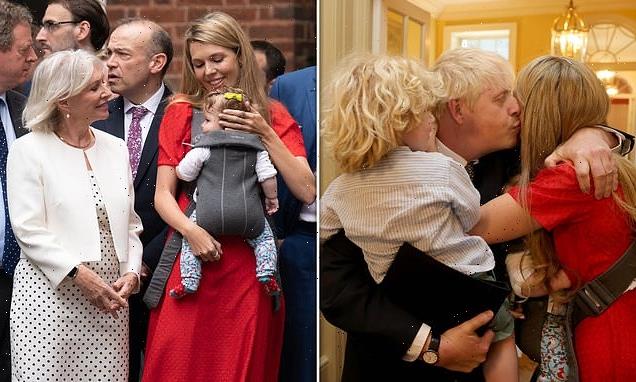 Carrie Johnson ‘DID convince her husband Boris to quit’ amid deluge of ministerial resignations: Ousted PM’s wife told him ‘the game’s up’ the night before he finally packed it in

Boris Johnson’s wife Carrie reportedly persuaded him to step down as prime minister, telling him ‘the game was up’ after a slew of bruising Cabinet resignations.

On Thursday morning, Mr Johnson told aides he would quit.

Downing Street officials informed the BBC’s Today programme of his intentions that morning, with the No 10 resignation speech taking place at lunchtime. 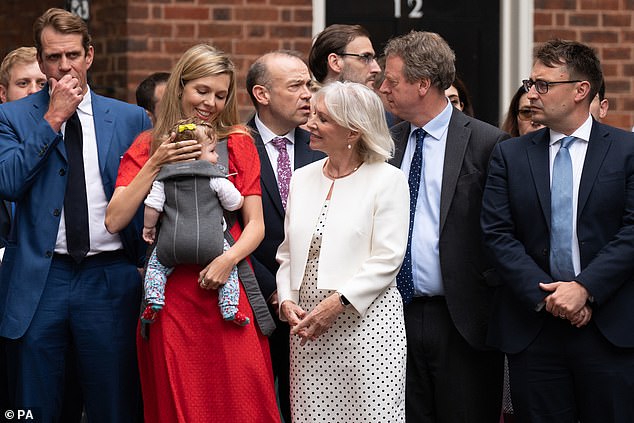 The Whitehall source said that at 11pm on Wednesday, the PM went up to his flat to spend the night with Carrie, son Wilf, 2, and baby daughter Romy.

They told The Sunday Mirror: ‘Boris then talked through his predicament with Carrie who has an astute political brain. She told him she thought the game was up, but they agreed to sleep on it.

‘The PM had been angry all day. In a real state of denial and determined to stick in. He kept going on about his personal mandate like a broken record.

‘The press team had taken the phones off the hook by mid-afternoon because they said it was unfair for anyone to have to go out and defend him.’

Race for PM: Who are the bookies’ favourites?

It was the same brutal but loving advice given Margaret Thatcher by her husband Denis in November 1990.

That would be an apparent violation of 1922 Committee rules.

Number Ten slapped down the rumour, telling the media: ‘Not true.’

Earlier, Defence Secretary Ben Wallace said that after ‘careful consideration’ and discussion with colleagues and family, he would not stand to be party leader and the next prime minister.

Tory MP Mark Francois has said he believes at least 12 people will put their names forward.

He told GB News: ‘It looks like this is going to be the Grand National but without the fences, so we are probably heading for at least a dozen candidates at the moment.’

Launching his campaign in The Sunday Times, Mr Shapps said he wants to rebuild the economy so it is the biggest in Europe by 2050, and address the cost-of-living crisis.

The newspaper said it is anticipated that he will launch his campaign website, as well as list his supporters, in the coming hours.

Ms Badenoch announced her bid in The Times, with a plan for a smaller state and a Government ‘focused on the essentials’.