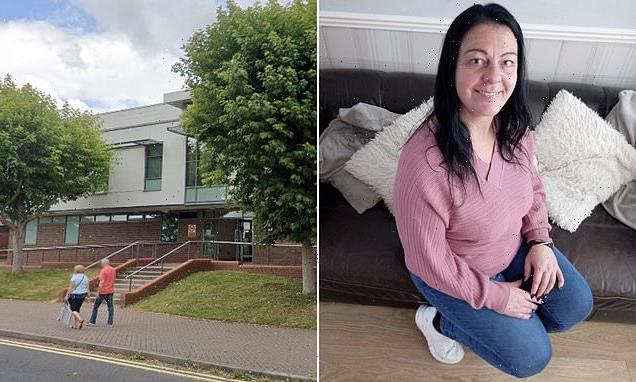 Carer, 44, who was taken to court for refusing to pay £200 fine over claims she breached lockdown rules while co-parenting with her ex has case thrown out after nearly a year

A mother wrongly taken to court over allegations she broke Covid lockdown restrictions while co-parenting with her former partner has had the case thrown out after nearly a year of anguish.

West Mercia officers visited carer Andrea Lloyd’s home in Rubery, Worcestershire, in November last year during the second national shutdown, as her ex-partner was dropping their 13-year-old son off.

She was fined £200 for allegedly breaking the rules and dragged to Redditch Magistrates Court 11 months later when she refused to pay the sum – but the case was dropped the day it was due to be heard.

Covid rules at the time allowed two households to be linked ‘for the purposes of informal childcare’ for a child aged 13 or under. Ms Lloyd’s ex David King, 54, was also part of her support bubble.

In a statement, West Mercia Police said it would ‘respect the decision of the court’.

The force added: ‘Officers were faced with unprecedented circumstances during the lockdown restrictions and we attempted to strike the right balance between education and use of the legislation.’ 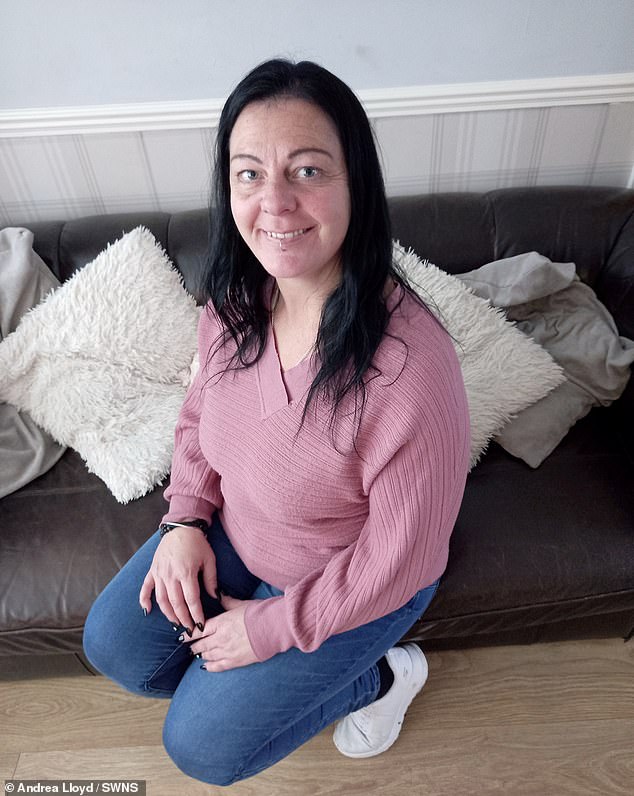 Andrea Lloyd, who was wrongly taken to court over allegations she broke Covid lockdown restrictions while co-parenting with her former partner, has had the case thrown out after nearly a year of anguish

A teenager who was fined £10,000 over an alleged Covid-breaking party has had it thrown out by a magistrate – who said police ‘bandied’ the big penalties around and blasted the CPS for mishandling the case.

Isaac Parsons, 19, was accused of holding a get-together at his Wiltshire home last year, which police said had between 80 and 100 people in attendance.

On September 4 last year, police posted on Facebook they had issued the £10,000 notice – which would result in a criminal record – for the party after officers were called to the house in Devizes.

At the time, it was an offence to hold a gathering of more than 30 people in a private dwelling, and the teenager had been charged under the Coronavirus Regulations.

The fine was initially appealed by the family and their solicitor asked for a dismissal ahead of the trial – on the grounds that the wrong sections of law were quoted in the fixed penalty notice.

The Crown Prosecution Service wanted to amend this, but the District Judge at Swindon Magistrates Court refused – stating the case wouldn’t have ever come to court if the correct law was used and a £100 fine was issued.

Isaac pleaded not guilty to organising a house party in breach of coronavirus rules in February.

District Judge Joanna Dickens threw it out – and slammed the CPS and police for how it was handled.

‘I was extremely happy, and so relieved, because I had spent 11 months in fear of going to prison. That was awful and had an effect on my whole family. I had been terrified, and I had felt helpless all the time, and my son had been terrified of me being taken away.

‘I had been so scared about what would happen to my children, I’m the primary carer and the youngest was three.’

West Mercia officers landed at her home in November last year and said they had had a complaint about loud music, before issuing the £200 fine for an alleged breach of the Coronavirus Act 2020.

The single mother refused to take the piece of paper, so they posted it the next day.

She tried to explain that she and Mr King formed a support bubble, and their son suffers with anxiety and depression, so it was necessary for his father to come inside for a handover. However, the police said they were not interested, Ms Lloyd said.

Covid restrictions at the time allowed for childcare handovers, and she said the men kept a distance, in a bid to be safe.

Ms Lloyd appeared at Worcester Magistrates Court in June, where the trial was set for August 11 at Redditch, and then adjourned to October 5. The CPS didn’t appear, she said, so a barrister stood in.

After barrister said the case should be dismissed because she wasn’t in breach of the act, the magistrate said she was free to go. Ms Lloyd was even awarded compensation for her travel costs.

‘I was absolutely shocked to be fined, and really really upset,’ she said.

‘It was horrible. I’m no rule breaker, and I’ve never done anything wrong like that. I’m a law-abiding citizen and all I’ve ever done is care for people and be the best person I can.

‘I was made to feel like a criminal, and it was shocking – absolutely shocking.’ How dare they. They should have to answer for what they put me through. I’ve been failed by the institution that should be there to protect me.

‘I used to feel the police made me safe but I no longer feel that.’

A CPS spokesman said: ‘Having examined the details of this case, we concluded that the case did not meet our legal test for a prosecution and it was discontinued.’

A force spokesman said: ‘We respect the decision of the court in this case.

‘West Mercia Police officers were faced with unprecedented circumstances during the lockdown restrictions and we attempted to strike the right balance between education and use of the legislation.

‘Together with other forces across the country, we followed the four Es approach to policing the coronavirus regulations of Engage, Explain, Encourage and where necessary Enforce.

‘We encourage anyone who is dissatisfied in their dealings with West Mercia Police to visit the feedback and complaints section of our website.’

During the pandemic, officers were at times accused of heavy-handed policing of coronavirus laws. At the beginning of the outbreak, Derbyshire Police famously came under fire after it shamed dogwalkers by using drones to film them and then post the videos online.

The same force was criticised during the third lockdown after it fined friends Jessica Allen and Eliza Moore £200 each for driving seven miles for a socially-distanced stroll at Foremark Reservoir. 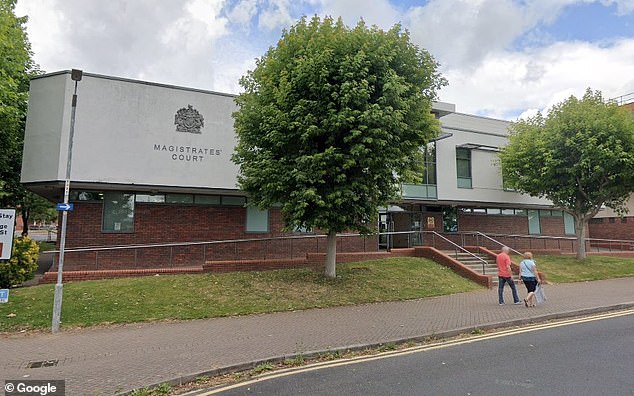 It justified imposing the fixed-penalty notices at the time, claiming that because they met with hot drinks the gathering counted as a ‘picnic’. However, the force cancelled the fines following a backlash against what some regarded as overzealous interpretation of lockdown laws.

In the third lockdown which began in January and was extended until July 19 – the so-called ‘Freedom Day’ – police across the country broke up scores of illegal raves and imposed £10,000 ‘super-fines’.

Earlier this year, police apologised to hundreds of people wrongly arrested and charged as it was revealed a quarter of cases then linked to breaking lockdown were dropped for being unlawful.

Assaults on emergency workers such as spitting and coughing at them were the most common coronavirus-related crimes prosecuted in the first six months of the pandemic, figures show.

But in other cases police were involved in dozens of miscarriages of justice after failing to apply the law correctly or unfairly targetting the public.

MailOnline reported in January that some 1,137 charges were specifically for breaking Covid laws brought in so police could enforce lockdown, the CPS said, but some 286 of these prosecutions were ‘withdrawn or set aside’ after alleged rulebreakers were wrongly charged, with some victims having to go to court before their cases collapsed.

In the majority of cases police had used the wrong legislation to charge the people – or they had not done anything wrong at all.