Career criminal is jailed for £127,000 jewellery raid on 15th century castle 23 years after he was dubbed ‘Canal Boy’ when social workers gave him £12,000 boating holiday in bid to wean him off crime 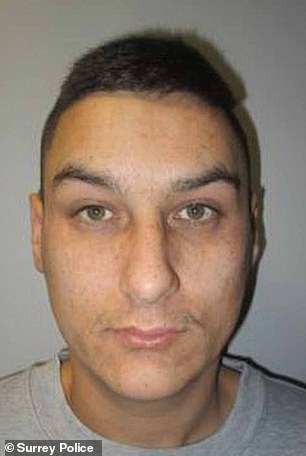 Clinton Bowen, 39, has been jailed for his raid on a 15th-Century castle

A lifelong criminal who was sent on a long waterways holiday to try to cure him of crime has been jailed for stealing jewellery worth £127,000 from a 15th-Century Cotswolds castle.

Clinton Bowen, 39, was one of four men who last year raided 15th century Sudeley Castle, where Henry VIII’s sixth wife Catherine Parr is buried – but he was the only one to be caught.

The thieves took £127,000 worth of jewellery and artefacts which were once owned by Alice Keppel, the great-grandmother of Prince Charles’s wife Camilla, the Duchess of Cornwall.

He was identified by his DNA on a ‘snood’ which he left behind in the Castle gardens after the burglary on Sept 9th last year.

Bowen, of no fixed address, had denied being involved in the burglary of the castle near Winchcombe, Gloucestershire, and was to have stood jury trial at Gloucester Crown Court this week.

But on Wednesday he changed his plea to guilty and was sentenced to four years imprisonment.

It was the latest offence in Bowen’s long criminal record dating back to his early teens.

In 1997 he was sent by social services on a controversial three-month canal boat trip in the North of England – at a cost of £12,000 – in a failed bid to steer him away from crime.

The benevolent treatment handed out by social services at that time to Bowen and three other young criminals from Gloucestershire in an effort to make them change their ways prompted a national furore. 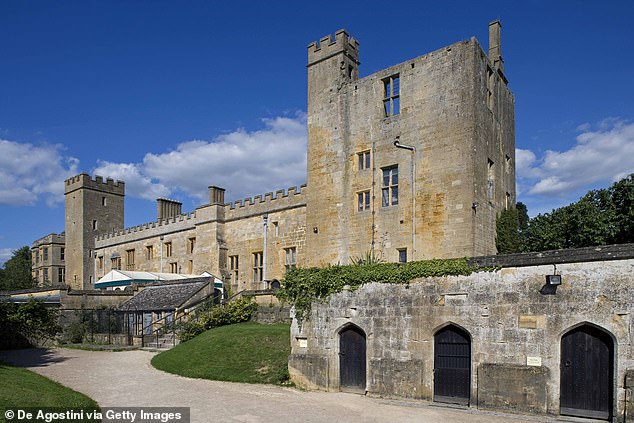 He was one of four men who last year raided 15th century Sudeley Castle (pictured), where Henry VIII’s sixth wife Catherine Parr is buried – but he was the only one to be caught

Hook was sent on an 88-day Egyptian and African holiday and Casey Bowen was given £60 a week pocket money by social services so that he could buy all the luxuries he wanted instead of stealing them.

Smith was sent to a controversial children’s home in North Wales from which he promptly escaped and immediately started offending again.

He earned his nickname when, following his escape, he wore his pyjamas to his first court appearance in 1991.

All four of the notorious ‘Boys’ who received the indulgent treatment in that era have remained regular offenders in Gloucestershire.

Prosecutor Greg Gordon told the court yesterday that the Castle burglary occurred between 11.45pm on September 8 and 2.07am the following day when two men entered the building and forced their way into the exhibition area of the stately home.

They smashed a display case and stole jewellery and artefacts from the Alice Keppel Collection.

They were on display as part of an exhibition called ‘Royal Sudeley 1,000, Trials, Triumphs and Treasures. ‘

Ms Keppel was a mistress of King Edward VII and was the grandmother of the late Lord Ashcombe, whose widow Lady Ashcombe now owns the Castle.

Bowen and one other man kept a lookout within the grounds, said Mr Gordon. 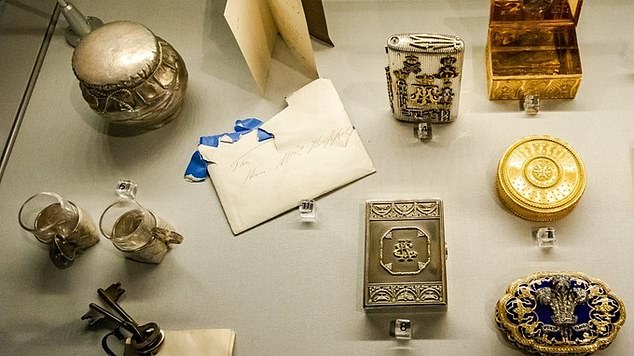 The thieves took £127,000 worth of jewellery and artefacts (pictured) which were once owned by Alice Keppel, the great-grandmother of Prince Charles’s wife Camilla, the Duchess of Cornwall

Later on the morning of September 9th the police found a snood – a garment similar to a balaclava – near the castle’s formal gardens. Saliva on the snood matched Bowen’s DNA.

Mr Gordon said police found fresh tracks made by a 4×4 vehicle in a nearby field and concluded that the occupants had jumped over a ha-ha walled ditch to get into the grounds of the castle.

CCTV footage from the day before the raid showed Bowen looking around the castle’s grounds.

During legal arguments before the trial was due to start, Judge Mark Horton commented that the quality of the video the prosecution were relying on for the identification of Bowen was not good enough.

However, he said, stills taken from the video were of a reasonable quality if they were printed on photographic paper and not ordinary paper.

But the judge said that he would not allow the video to be played to the jury and therefore the pictures would have to be deleted from the Crown’s evidence. 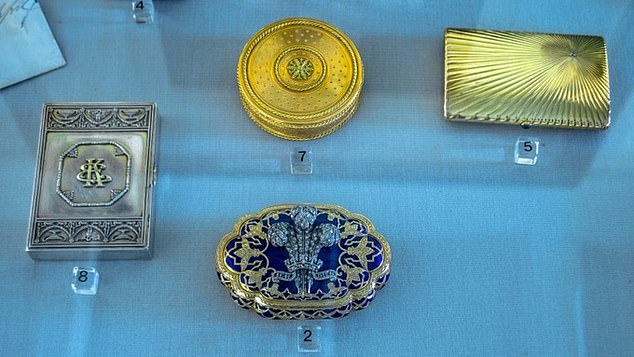 He was identified by his DNA on a ‘snood’ which he left behind in the Castle gardens after the burglary on Sept 9th last year. Pictured: More of the jewells which were taken

Judge Horton also pointed out that the police identification experts had relied on a much older picture of Bowen – published in the Daily Express in 2015 – for identification purposes rather than the custody photograph taken at the time of his arrest.

At that stage, when Bowen was still denying the charge, Sarah Jenkins, defending, said the snood was a layer of material Bowen used when he wore a motorcycle helmet.

The field next to where the castle holds its functions is where he had been motocross bike riding, she said.

‘Bowen does not accept that he took part in the burglary. The presence of his DNA on the snood was ‘aged’ and not from the date of the burglary,’ she argued.

‘Nobody can say how long the dried saliva had been on the snood that was found in the grounds of the castle, near to the field where he had ridden his bike. Once it dried it will remain until it is washed.

‘There were two other trace elements of DNA, but these were not large enough to be tested.’

However, Bowen abandoned his defence on Wednesday and accepted his guilt after asking the judge to give an indication of the length of sentence he would receive if he admitted the burglary.

Judge Horton said ‘This was an extraordinary serious burglary which was highly organised and targeted extremely expensive jewellery – some of which is priceless in its own context.’ 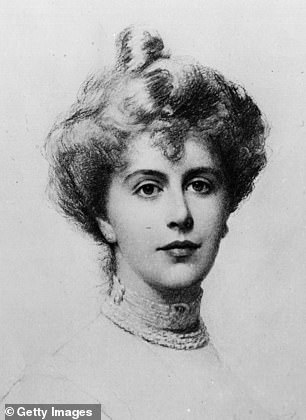 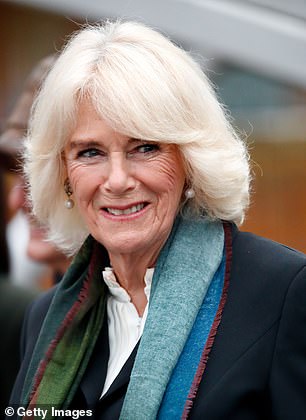 Alice Keppel was a mistress of King Edward VII and was the grandmother of the late Lord Ashcombe, whose widow Lady Ashcombe now owns the Castle. Camilla (right)  is the granddaughter of Ms Keppel’s younger daughter, Sonia Cubitt

He gave an indication of four years jail.

Bowen had started offending at the age of just eight, when he was featured on a BBC Crimewatch programme.

He was sent on his three-month canal holiday when he was 15.

Judge Horton told him, ‘You have a lot of convictions for being a high volume burglar for which you have served a number of prison terms.

‘This burglary was committed with a good degree of planning and a vehicle was used to assist the getaway.

‘You were also part of a group that carried out the burglary.’

Mrs Jenkins pointed out: ‘Bowen didn’t gain financially from this burglary and he isn’t living a high life style. He wanted to be at home for the sake of his six-year-old son.’

The judge said to Bowen that he had taken everything into account when considering his sentence but that it was aggravated by being committed while on parole for a previous crime.

In 2015 he was sent to prison for 56 months for being part of a gang of robbers who stole £50,000 in a ram-raid at the British headquarters of car maker Mercedes in Weybridge, Surrey in December 2014.

Among the items stolen in the castle raid were gifts from King Edward VII to Mrs Keppel.

Also stolen was the late Lord Ashcombe’s gift of a gold cigarette case by Faberge to his wife – valued at £8,000.

How African safaris, waterway holidays and regular pocket money from misguided social workers failed to turn boys away from crime 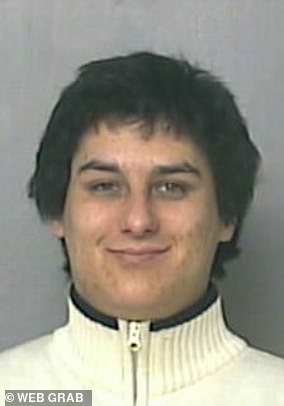 In 1997, Clinton Bowen, then aged 15,  was sent on a three-month canal boat trip in the North of England in a failed bid to steer him away from a life of crime.

Unsurprisingly, his ‘punishment’, which cost social services £12,000 provoked uproar among the public and in the media at the time.

The measure was also not effective – Bowen’s latest conviction for the castle burglary follows a string of previous offences.

In April 1997, days before his canal trip was due to end, he was back before Gloucester Crown Court to admit a £600 house burglary which he had committed the previous year.

In March 1998 he was sentenced to 12 months detention for breaking into an elderly couple’s home in Cheltenham and stealing their antiques.

In 2009, he was jailed for five years after targeting the homes of the elderly in a series of burglaries which funded his drug addiction.

Before he was jailed, he had carried out 22 raids while on parole from an earlier jail sentence. 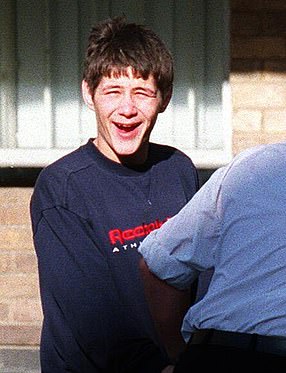 His brother Casey was dubbed ‘pocket money boy’ after he was given £60 a week pocket money by social services so he could buy things instead of stealing them.

After paying him more than £1,500, social services stopped the flow of money when his offending increased.

His crimes since then include calling a magistrate a ‘four-eyed old git’ in 1999.

And in 2008 he was jailed for a week for threatening to kill a policeman. 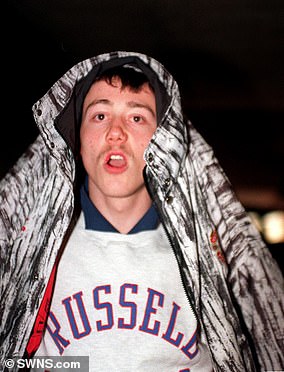 Mark Hook received his nickname after being sent on an 88-day Egyptian and African holiday in 1993.

Descended from Alfred Hook, who won the Victoria Cross fighting Zulus in 1879, Hook was expelled from school at the age of 14 before being taken into care by Gloucester social services.

However, within weeks of his return he was arrested for drink-driving and carrying a knife.

He later became a heroin addict and has been jailed for crimes including using a hunting knife to rob a teenager. 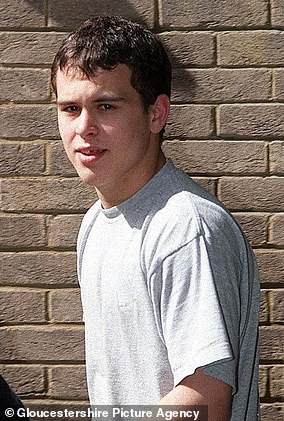 Vincent Smith got his nickname in the early 1990s when he appeared in court in his pyjamas after fleeing a care home.

In 2018, he admitted the attempted theft of a safe and burglary at a nursery.

At the time, he was already serving a four-and-a-half year sentence for other offences.

And in 2017, when he tried to steal a safe from a greenhouse, he was in the company of ‘Pocket Money Boy’ Casey Bowen.

At the time of his 2018 court appearance, Smith had a record of 32 previous convictions for 183 offences.