A NURSE who attended the riot in Washington DC and stormed the Capitol has said she has not regrets despite losing her job.

Lori Vinson, from Morganfield, Kentucky, has insisted she did not do anything criminal as she was fired from her hospital job at Ascension St. Vincent, Indiana. 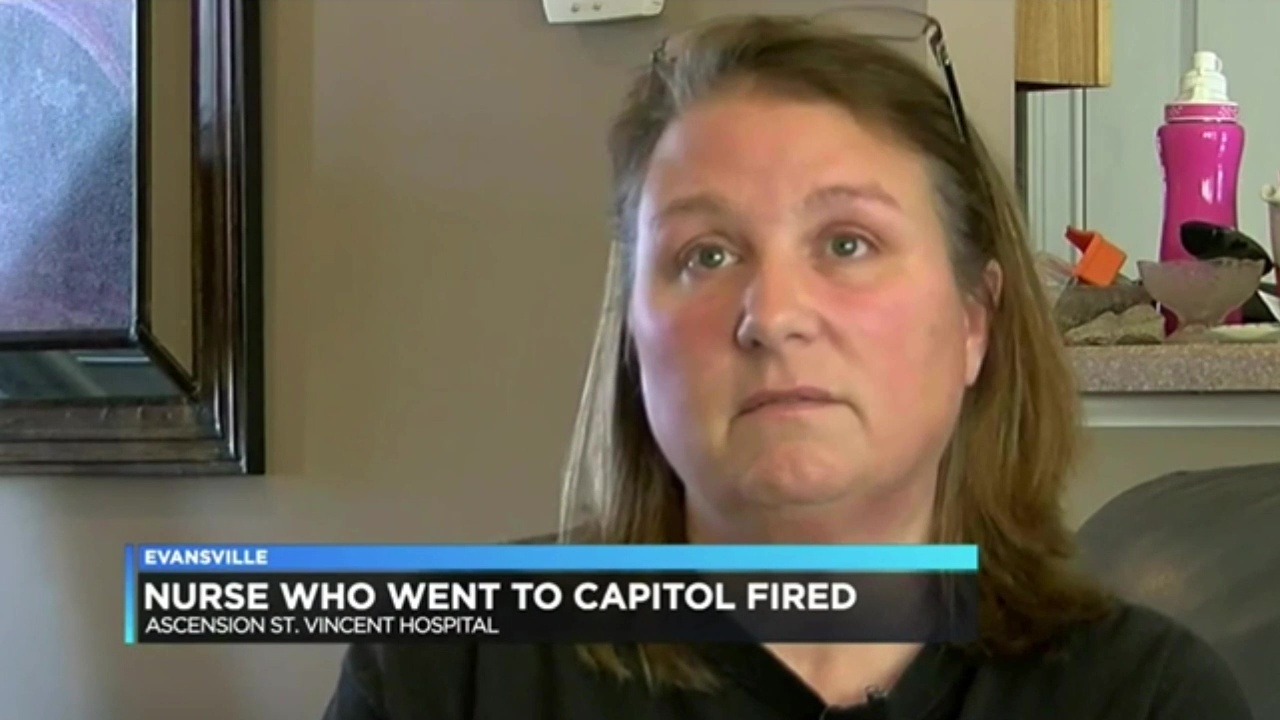 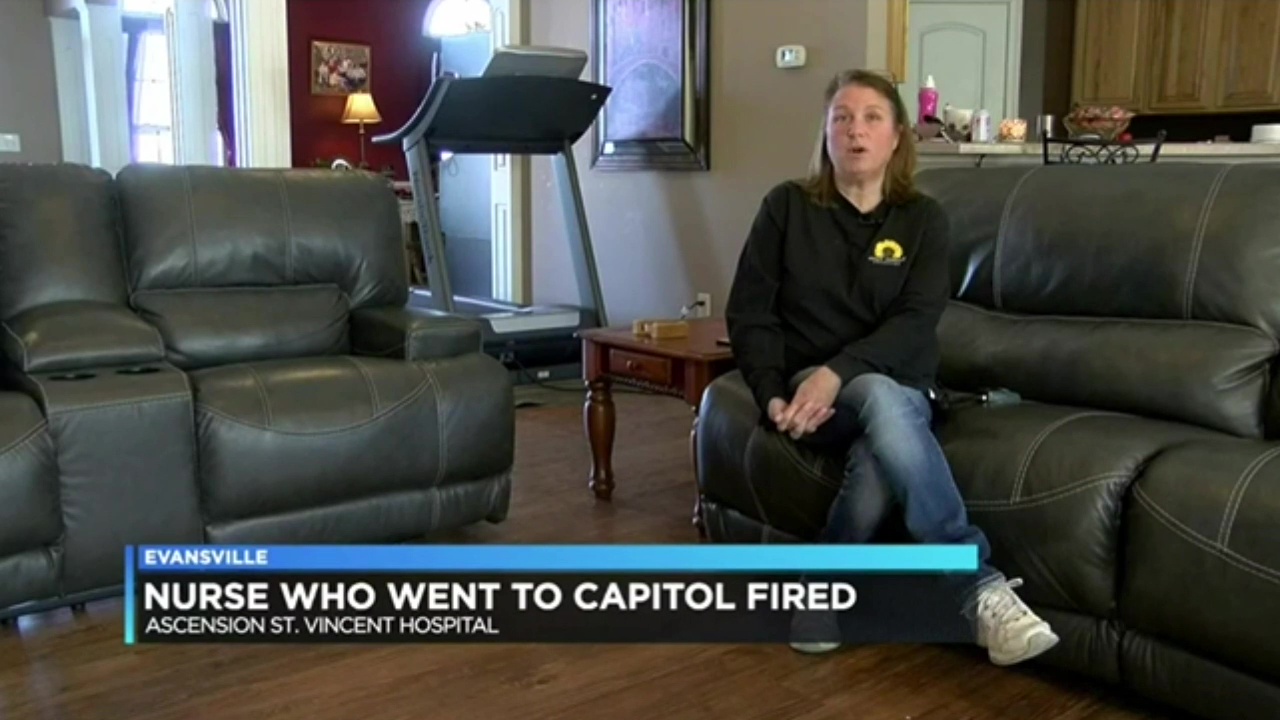 The registered nurse said she felt like a tourist, not a rioter, when she entered the Capitol in Washington DC during the rampage, reports WZTV.

"The doors were open, people were filing through, there were no signs that said, ‘Do not enter'," Vinson said.

She insisted she did nothing wrong when she attended the riot – which left five people dead, including a cop, and many government buildings on lockdown.

Trump fan Vinson also said she is glad she took part in the event as the FBI told her she will not face any charges.

She said: "You know people have asked, ‘Are you sorry you’ve done that?’ Absolutely I am not.

"I am not sorry for that, I would do it again tomorrow."

Cops and the FBI are still trying to piece together exactly what happened after thousands of Trump supporters marched on the building as Congress certified electoral college votes.

Sources said the bureau is probing payments of $500,000 in bitcoin apparently by a French national to key figures and groups in the alt-right.

President Donald Trump has been overwhelmingly impeached as ten Republicans sided with the Democrats in the vote, but insists he had not part in inciting the violence. 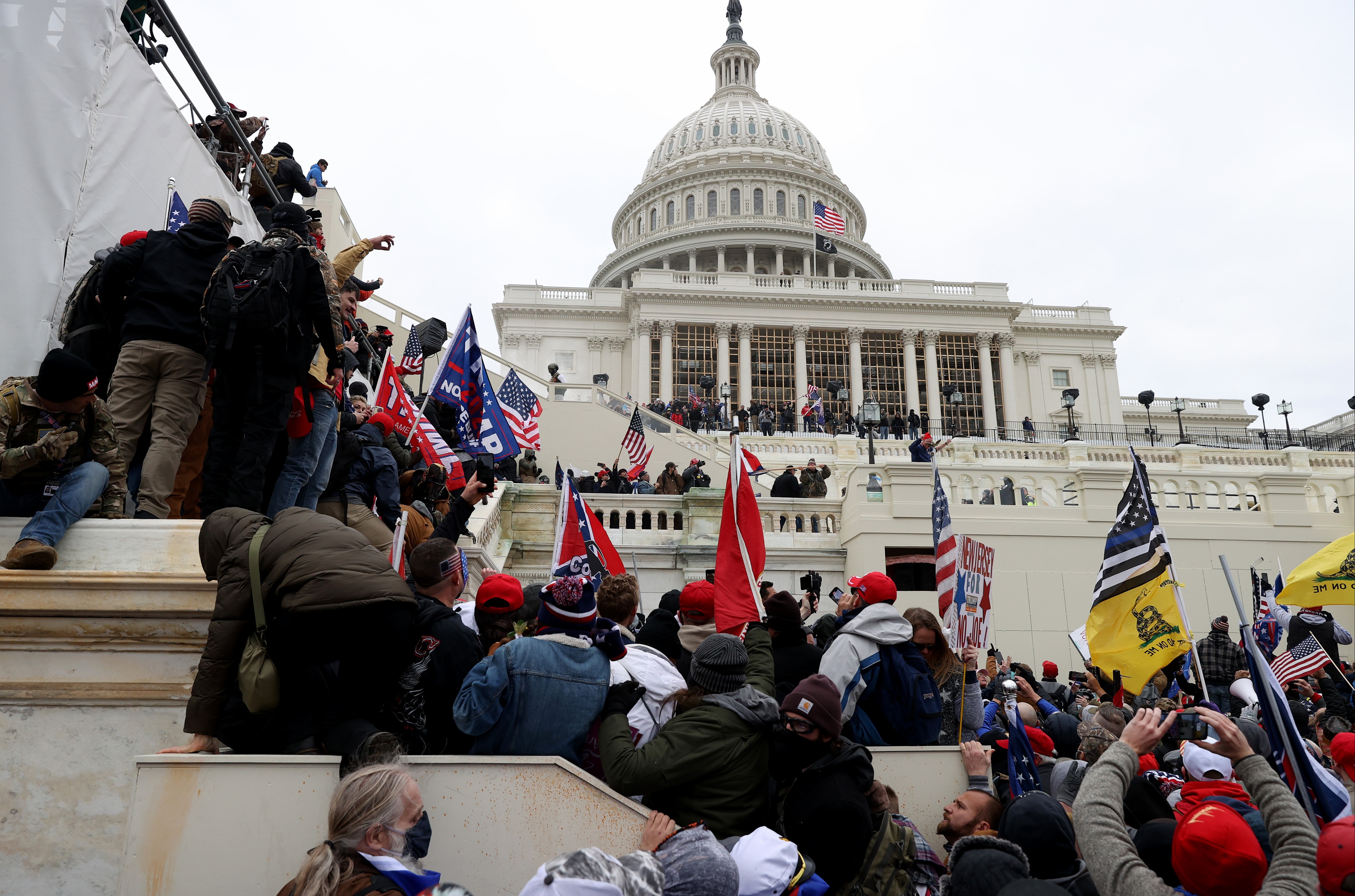 Vinson said she is appealing her termination as she insists "I stood up for what I thought was right".

"I’m not mad. I’m hurt that Ascension didn’t see my worth to them," she said.

Carnage was seen at the Capitol as Trump supporters clashed with cops as harrowing footage shows officers being beaten and crushed during the melee.

Disturbing details also continue to emerge as it appears many of the Trump supporters were armed and some are feared to have been looking to take hostages.

"I participated in none of that. I would never participate in that," Vinson said.

She added: "I was there for a peaceful protest and that’s what I was doing.

"I felt like I have done nothing wrong and I wouldn’t change it."

14 News reports Indiana, where the hospital is located, is an at-will employment state – which means a private sector employee can be fired for any reason. 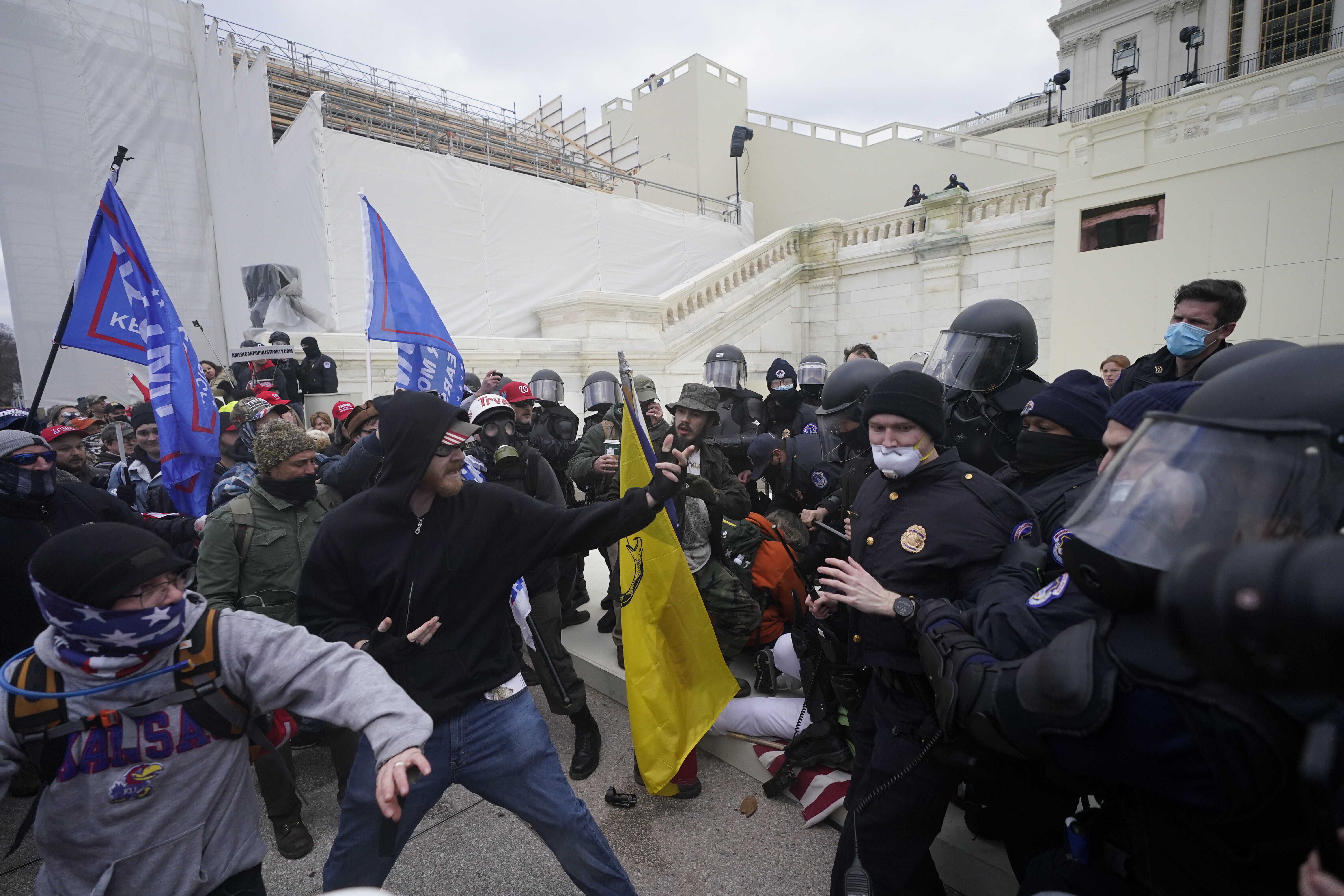 The Department of Justice has opened 275 cases as arrests mount across the US amid a crackdown on the rioters.

National Guard troops have now descended on Washington DC in unprecedented numbers ahead of Biden's inauguration on January 20.

And chillingly, yesterday a man was arrested reportedly with "unauthorized" credentials with 500 rounds of ammunition as he attempted to breach the barricades.

The mob on January 6 stormed the Capitol following a speech by President Trump in which he urged them to march on Congress.

Cops have told of their horror as they found themselves outnumbered and outgunned by a horde of rabid Trump fans calling them "traitors".

Trump has denied allegations that he played any role in the violence, and has since repeatedly called for peace.

The President has spent months repeatedly spreading baseless claims that votes were stolen from him in a wide-ranging conspiracy executed by the Democrats. 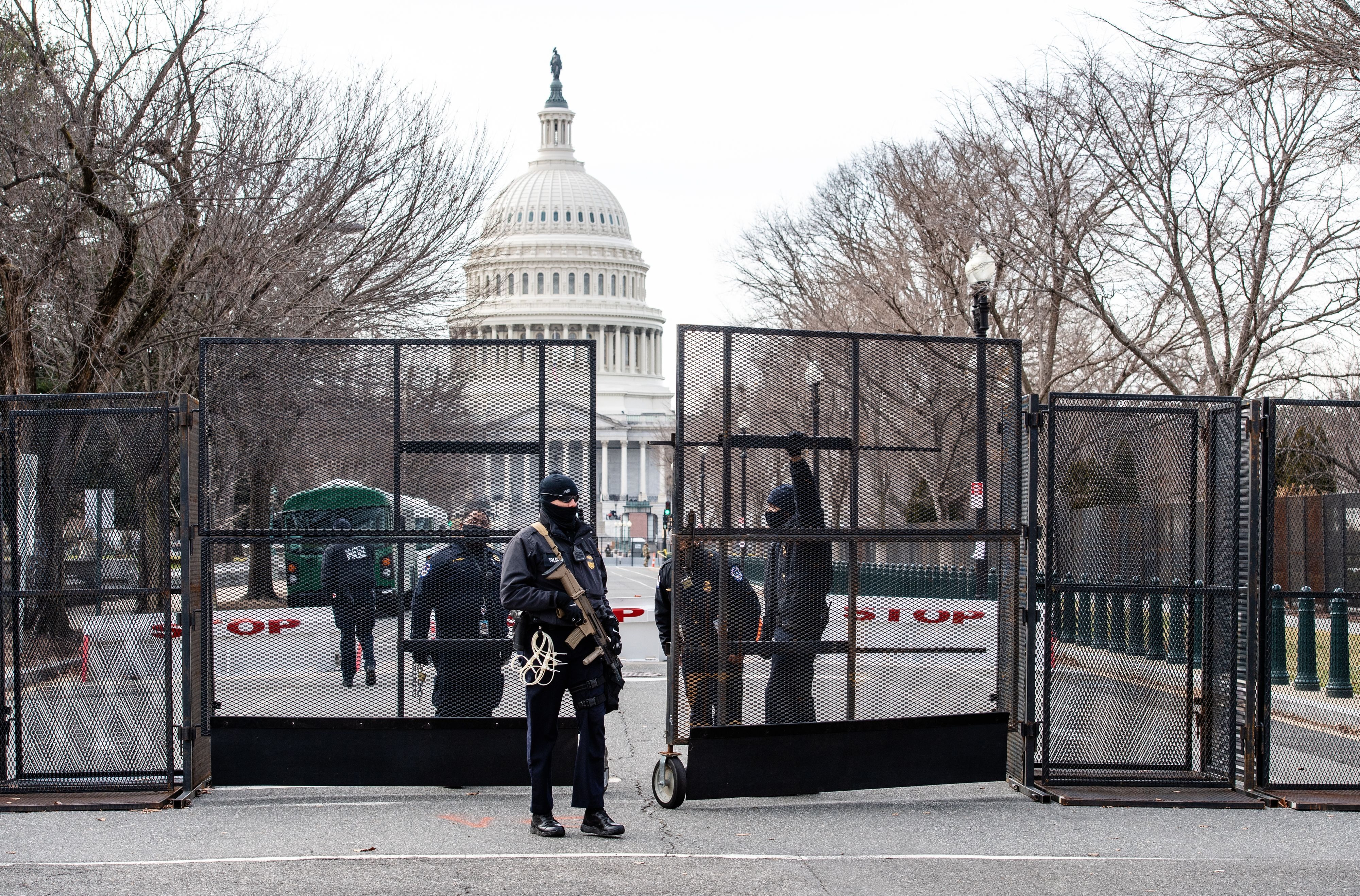 FBI Director Christopher Wray said that the bureau has made more than 100 arrests so far, and that more than 200 suspects have been identified.

Rioters picked up this week included Peter Stager, from Arkansas, who allegedly battered a cop with an American flag and said "everyone" inside the Capitol was a "treasonous traitor".

Stager was reportedly part of a mob that grabbed a police officer who was guarding the entrance to the Capitol and pulled him down a flight of stairs.

Also arrested were Kevin and Hunter Seefried, a father and son pair from Delaware who turned themselves into authorities – with the elder Seefried seen carrying around a Confederate flag during the chaos.

Jenna Ryan, who live-streamed the insurrection after flying to DC on a private jet has also been arrested by the FBI.

Ryan, a radio host and realtor based in Frisco, Texas, bragged about her journey and involvement in the riot on social media.

Horrifying details continue to emerge about the violence which is feared to potentially been a massacre as the FBI warn the riot may have been an "inside job".