A Capitol Police officer filed a lawsuit on the anniversary of the Jan. 6 riot accusing former President Donald Trump of contributing to injuries she sustained when a mob of his supporters attacked the U.S. Capitol.

Officer Briana Kirkland filed the 57-page lawsuit in U.S. District Court in Washington, D.C. She argued that Trump incited the attack, did little to end it and conspired with far-right extremists to promote false claims about the 2020 election.

“As the leader of this violent mob, who took their cues from his campaign rhetoric and personal Tweets and traveled from around the country to the nation’s capital at Trump’s invitation for the January 6 rally, Trump was in a position of extraordinary influence over his followers, who committed assault and battery on Briana Kirkland,” the lawsuit says.

“Trump, by his words and conduct, directed the mob that stormed the Capitol and assaulted and battered Briana Kirkland,” it says.

A representative for Trump did not immediately respond to a request for comment. 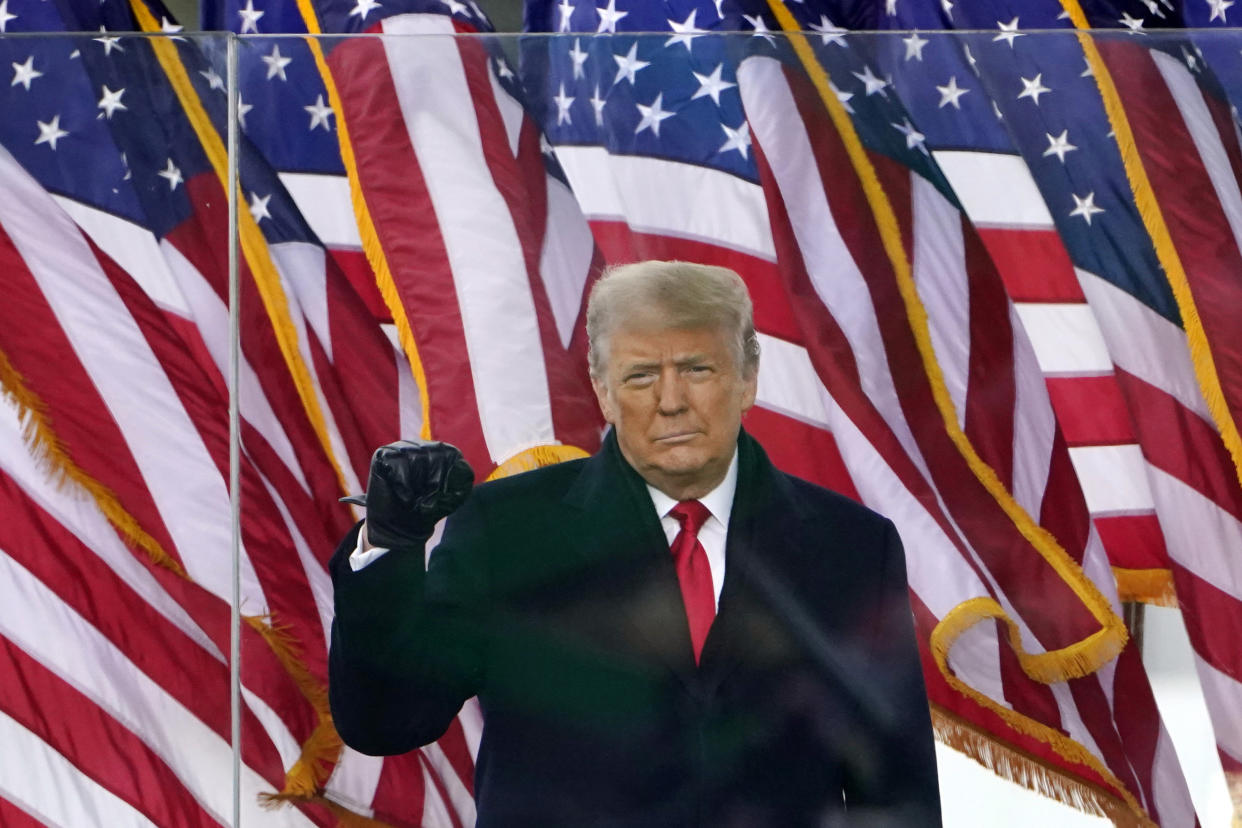 CNN earlier reported on the lawsuit.

Kirkland is seeking at least $75,000 in damages, as well as attorneys’ fees.

“Officer Kirkland endured an odyssey in which she started as one of the twenty or so USCP officers sent to the West Front of the United States Capitol, and ended covered in chemical spray, blood, with a traumatic brain injury that would cost her a year of her personal and professional life, and physical and personal injuries that will be with her indefinitely,” the lawsuit said.

It is the latest legal effort to hold Trump and his allies accountable for the events of Jan. 6.

In August, the Lawyers’ Committee for Civil Rights Under Law filed a lawsuit on behalf of seven Capitol Police officers. It alleged that Trump “worked with white supremacists, violent extremist groups, and campaign supporters to violate the Ku Klux Klan Act, and commit acts of domestic terrorism in an unlawful effort to stay in power.”

Kirkland reiterated those claims in her lawsuit, saying fighting off the mob left her with numerous injuries, including a concussion.