Can YOU waltz away with a perfect 10 in our Strictly Come Dancing quiz? Judge BRUNO TONIOLI sets the questions ahead of the Christmas Day special

Have you dreamed of landing a perfect score on Strictly?

Well now could be your chance! There have been 16 series of the BBC1 show, and I’ve been a judge from day one.

But how much can you recall about the most popular show on TV? From the dances and romances to the judges and celebrities, get set for the Strictly Christmas Special with my quiz.

But watch out — it’s trickier than an Argentine tango! 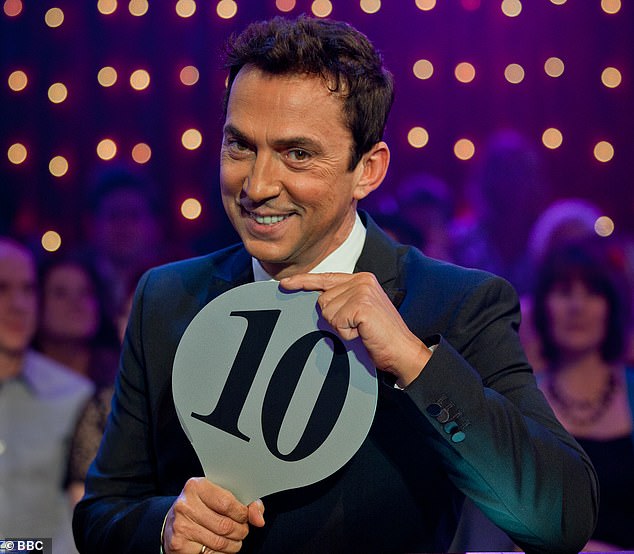 From the dances and romances to the judges and celebrities, get set for the Strictly Christmas Special with my quiz

1. Natasha Kaplinsky was our first Strictly champion in 2004, but who was her professional partner?

2. Natasha impressed the judges with a show dance routine influenced by which dance movie?

3. In series two Jill Halfpenny became the first contestant to receive a perfect 40 score, what dance was it for?

4. Can you name the female judge who sat on the panel with me in the first six series?

5. Bruce Forsyth always used to get a laugh when he whispered what to couples after they’d danced?

A) You’re the best

B) You’re the worst

6. The presenter of Strictly — It Takes Two was a finalist in the third series. Who is she?

7. The Strictly format was bought by American TV, and former head judge Len Goodman and I became judges on that show, too. What is it called?

A) Dancing With The Stars

8. What did former judge Len say he would pickle?

9. What did Colin Jackson and his partner Erin Boag do in their show dance that blew their chances of winning in 2005?

A) They danced with mannequins

B) They danced with puppies

C) They danced with children

10. Which cricketer was crowned champion in series three?

12. Who, since the same series, has been Strictly’s musical director and band conductor?

13. What dance was Mark Ramprakash performing when he got tangled in his microphone and had to stop in 2006?

14. We had another Strictly romance in 2010 when Russian dancer Artem Chigvintsev fell for the partner he won the series with. Who was she?

15. Dancer Brendan Cole was always getting in trouble for performing illegal lifts. Which of these dances DOES allow lifts?

16. Political heavyweight John Sergeant fast became a Strictly favourite when he competed in series six. So what dance was he attempting when he dragged his partner Kristina Rihanoff across the floor like a sack of potatoes?

17. Many still consider Tom Chambers and Camilla Dallerup’s show dance to be one of the best ever. Can you remember the song they performed it to?

A) Singing In The Rain?

B) If My Friends Could See Me Now

C) All That Jazz

18. In series seven, a new female judge joined the panel — a former Strictly champion. Who was it?

19. In 2009 we introduced a new slapstick dance to the show that has become one of the biggest crowd pleasers. What is it?

20. Which score ended up becoming a bit of a catchphrase for Len Goodman?

21. The judges love it when the couples perform a complicated move called the ‘fleckerl.’ In what dance will you most commonly find it?

B) The American Smooth

22. This politician’s salsa scored 12 points, one of the lowest in Strictly history. Who is she?

23. We all know that Strictly can be a hotbed of passion. In series five, Italian dancing pro Flavia Cacace fell for her celebrity partner. Who was he?

24. Which one of these celebrities has NOT been a guest judge on the show?

25. Poor old Anton Du Beke has had his share of dud dancers. He had another one in 2011 in the shape of which Italian siren?

26. Which supermodel, who wasn’t so super on the dancefloor, signed up to Strictly in 2012?

28. In 2013 Countdown’s Rachel Riley fell for her professional partner; they’re still together. Who is he?

29. Every year Strictly decamps to Blackpool and the show is broadcast from which iconic ballroom?

A) The Castle Ballroom

B) The Palace Ballroom

30. After Len Goodman retired in 2016 who became the head judge?