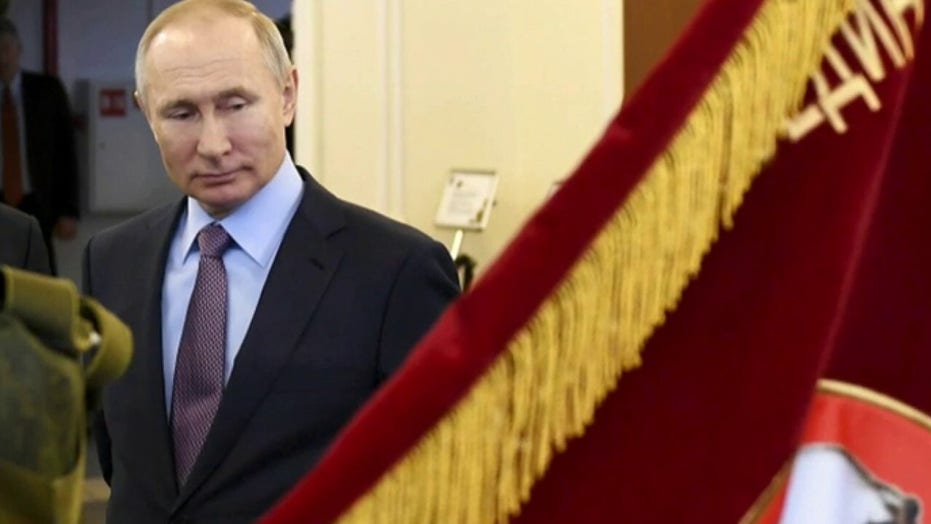 As Russia’s most prominent opposition figure Alexey Navalny awaits his sentencing hearing on Tuesday, thousands have gathered in freezing cities to protest against jailing the Kremlin critic.

While Russian citizens from Moscow to icy Siberian cities came out in a rare protest, Navalny’s allies called on the Biden administration to sanction individuals who “actively participate in the oppression and corruption of Putin’s regime.”

In an open letter to President Biden, Navalny’s close ally and executive director of the Anti-Corruption Foundation, Vladimir Ashurkov, lists 35 individuals divided into three groups: oligarchs aligned with Putin, human rights abusers, and those involved in the persecution of Navalny. 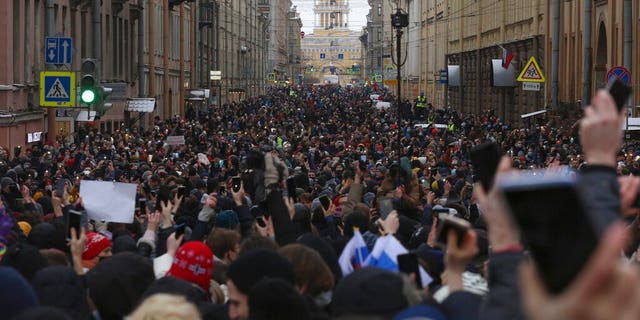 “Sanctioning these individuals – freezing their assets, barring them from entering the U.S. and from doing business with American companies – would create a substantial cost for their actions and serve as a deterrent to other members of the political and business elite. It would be a powerful way to encourage change,” reads the letter.

Ashurkov, who has worked with Navalny for the last 10 years, says sanctions against these individuals are important for retribution and deterrence of human rights abusers. “The Western countries have encouraged Putin to be more assertive. If 10, 15 years ago, the U.S. would have been less tolerant to corruption and have put obstacles to the flows of dirty money from Russia to the West, then Putin would not be bold enough to annex Crimea and to sponsor the separatists in East Ukraine, something that led to over 12,000 people dead over the course of the last six years,” says Ashurkov.

Navalny survived poisoning by the nerve agent “Novichok” last summer – a charge the Russian government denies. He was arrested at the Moscow airport on January 17th upon his arrival from Germany where he underwent intensive treatment for the poisoning.

He now faces up to 3 and a half years of sentencing for “breaking the terms of a 2014 suspended sentence in an embezzlement case,” the case that the European Court for Human Rights ruled as “arbitrary and manifestly unreasonable.”

Calls for Navalny to be released have echoed from the icy streets of Russia to European capitals. According to a White House readout, the poisoning of Navalny – along with Ukraine’s sovereignty and interference in the 2020 United States election – was one of the main topics discussed between presidents Biden and Putin on a January 26th phone call. However, a Kremlin released readout did not mention Navalny at all.

Twice this week hundreds of thousands protested Navalny’s jailing in Russia, including in Yakutia, where it’s -50 C (-58 F).  According to the local monitoring group OVD-Info, riot police detained more than 4,000 protesters during the two protests, which Vladimir Putin compared to the January 6 attack on the U.S. Capitol.

Secretary of State Antony Blinken condemned the use of harsh tactics against peaceful protesters and journalists by Russian authorities saying, “We renew our call for Russia to release those detained for exercising their human rights, including Aleksey Navalny.”

“Never have I seen Putin this lost and in self-defense,” said Khodorkovsky via Zoom from London.

The former oil tycoon is no stranger to Russia’s penitentiary system. He spent a decade in custody. Khodorkovsky credits Navalny for an “incredible documentary that has hugely damaged Putin’s reputation.” The documentary he’s refering to? “Putin’s palace. History of the world’s largest bribe.” The movie allegedly details Putin’s private residence on the Black Sea, which includes a casino, a movie theater, an underground hockey rink, and a hookah lounge inside a massive mansion. Putin has denied the ownership of the $1.35 billion property.

From where Khodorkovsky stands, Putin “does not have much choice” about what to do next. “He cannot allow himself to turn a blind eye on Navalny. Because of his own surrounding – circles of control – they’ll think he is weak, they will no longer see a man they used to serve” and that, according to Khodorkovsky, will diminish their loyalty to Putin: “Putin cannot let this happen, that is why he has imprisoned Navalny”.

In Transparency International Corruption Perception Index, Russia ranks 129 among 180 countries, and according to recent approval ratings by Russia’s influential Levada-Center, 47% of Russians overall disapprove of the actions of the Russian government other 2% has no answer and 51% approves of them.

Khodorkovsky recalls another poll form last march when the Russian Duma approved a law on constitutional amendments, including an amendment on resetting presidential terms, which allows Vladimir Putin to participate in the presidential elections after the end of his current term.  When asked if they would or would not want to see Vladimir Putin as the president of Russia after the end of his current presidential term in 2024, 40% of Russians said they “would not” and an additional 14 percent said it was “difficult to say”.

After 20 years as Russia’s leader and declining ratings, Khodorkovsky says, Putin is afraid of people coming to the streets as “he is unaware of how to handle such a scenario.”

Aleksey Navalny’s sentencing hearing is scheduled for Tuesday. Khodorkovsky believes that setting Navalny free will further weaken Putin’s leadership among the groups of control he relies on.

“On the other hand, he is afraid of the Western sanctions, including individual sanctions, because sanctions target his very surrounding, individuals and families whose lives and welfare in the West depends on their ties with Putin,” that’s why Khodorkovsky supports sanctioning corrupt individuals, “thieves”, not Russian economy.

Khodorkovsky does not see a political will of sanctions in Europe, but hopes the Biden administration will have a “smart political behavior” and demonstrates leadership towards Europe and the Euro-Atlantic world. “It happened under President Reagan, it can happen now”, he asks before ending the interview.