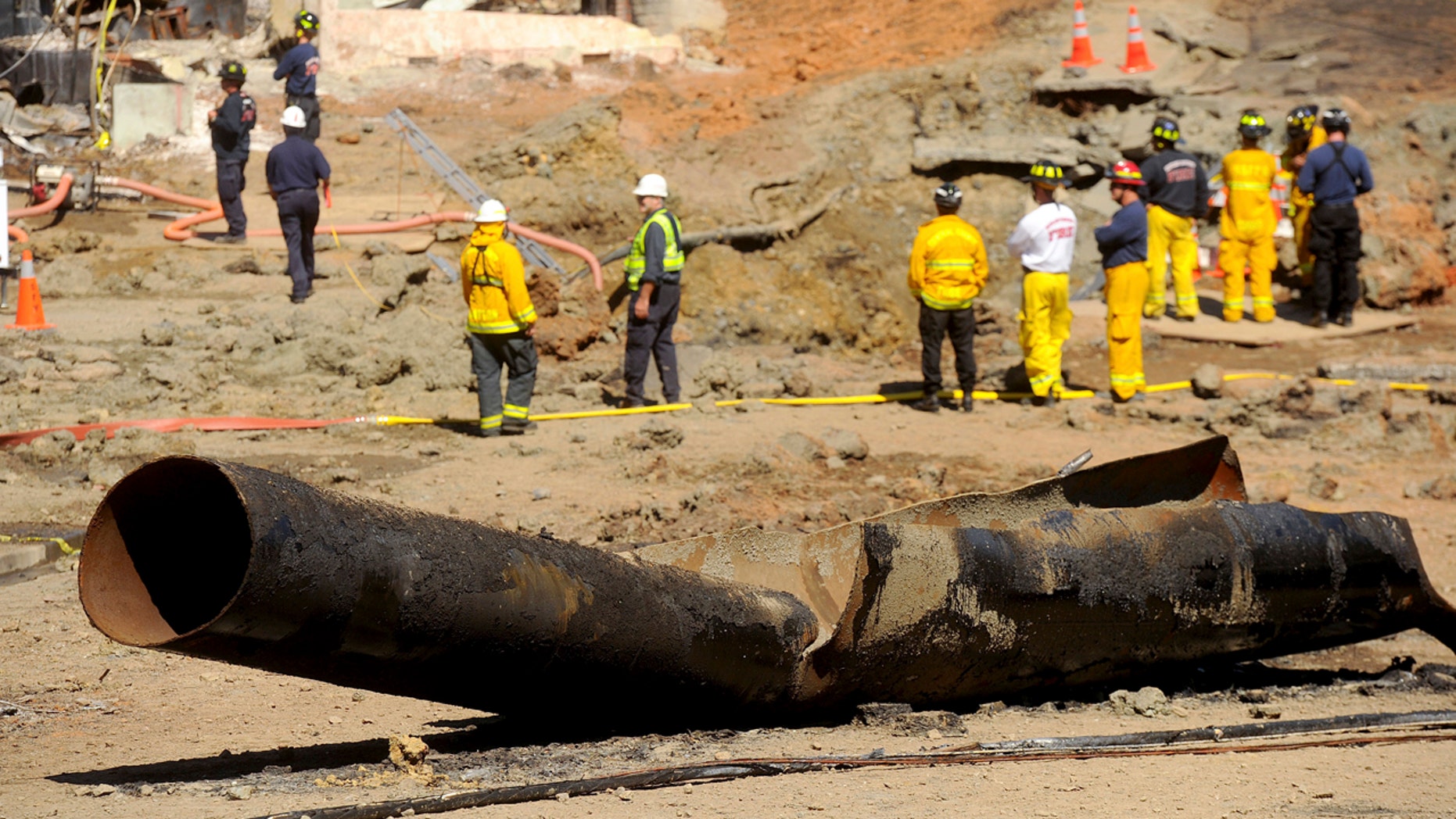 One of California’s largest utilities company was accused Friday of falsifying safety documents for the state’s natural gas pipelines for years, even after it was blamed for a 2010 pipeline explosion that killed eight people.

An investigation by the California Public Utilities Commission found that Pacific Gas & Electric Co. had allegedly falsified data from 2012 to 2017 because it lacked enough employees to find and mark natural gas pipelines.

According to investigators, PG&E "had common knowledge among its supervisors that locators falsified data.”

Butte County official: Looks like bomb went off in Paradise

"Utility falsification of safety-related records is a serious violation of law and diminishes our trust in the utility's reports on their progress," commission President Michael Picker said in a statement. "These findings are another example of why we are investigating PG&E's safety culture."

PG&E has been under scrutiny for some time over safety concerns – just last year the California Department of Forestry and Fire Protection found that the company equipment was responsible for starting 16 wildfires.

While a cause has not yet been determined for the massive Camp Fire blaze that wiped out the town of Paradise and killed at least 86 people last month, PG&E equipment is being scrutinized. A number of victims have sued the utility, alleging negligence.

It’s most notable disaster came in 2010 when a gas pipeline exploded and wiped out an entire neighborhood in suburban San Bruno, resulting in eight deaths.

Who is to blame for the massive wildfires in California?

A judge fined PG&E $3 million, in addition to the $1.6 billion fine handed out by regulators.

"This commission would expect that after such a tragedy, caused by multiple proven violations of law, PG&E would have sought to vigorously enhance and increase its effectiveness in all aspects of its gas safety,” the commission said Friday.

The company has said that it has hired more employees and that it’s improving its pipeline tracking system. It will be able to testify on the findings and provide evidence that there were no safety violations.