COPS in California busted a “Mother Earth cult” celebration which involved a four-foot model vagina on a beach over the weekend.

Early Saturday morning cops broke up the cult-like gathering on Point Molate Beach after responding to a suspected “Antifa” gathering in a nearby location. 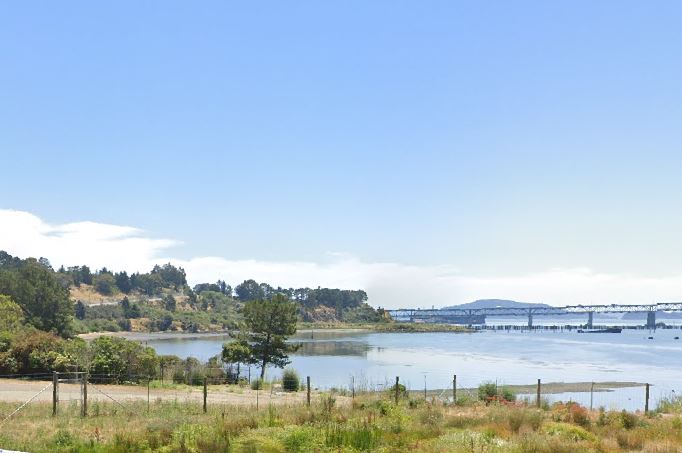 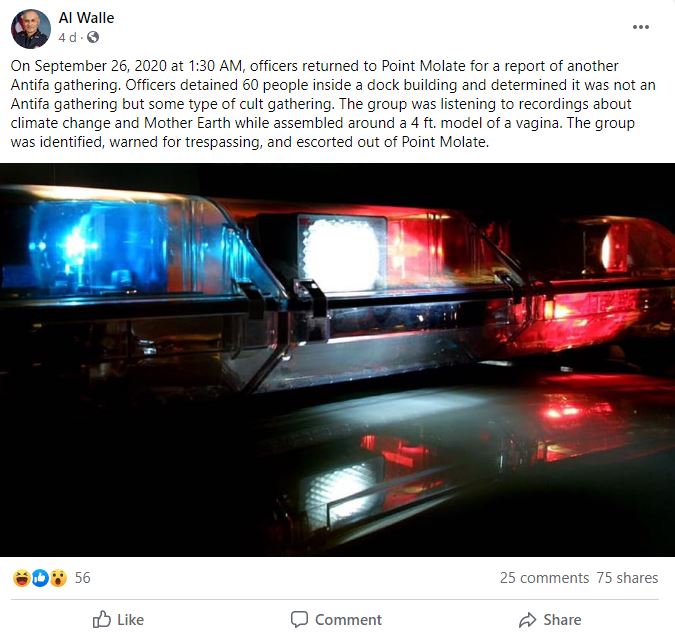 According to the captain of the Richmond Police Department, cops responded to an Antifa report at 9:33 pm on Friday night.

It was there that they discovered 50 people decked out in all-black outfits who had traveled to the beach on a party bus.

After speaking with police, the group, which was described as a possible Antifa meet-up, agreed to get back on the bus and leave the area.

However, hours later at 1:30 am,  police were called to another gathering of people in the same area.

This time cops came upon a group of 60 people, listening to climate change recordings huddled around a giant model of a vagina.

“The group was listening to recordings about climate change and Mother Earth while assembled around a 4 ft. model of a vagina,” Richmond Police Chief Al Walle wrote on Facebook.

“The group was identified, warned for trespassing, and escorted out of Point Molate.”

The captain said that the second group had no affiliation with Antifa but instead was “some type of cult gathering”.

Inside the dock building where the climate group gathered, police “located some items that led the officers to believe this was some type of occult group or activist group since this event was in close proximity to the Chevron refinery,” the police department said in a statement to Patch.

"It appeared the event was well-organized and the group may have had the props and accessories previously staged," the department said.

The City Council has recieved a number of objections from environmental groups and Native American activists after they approved a large-scale residential development in the area.