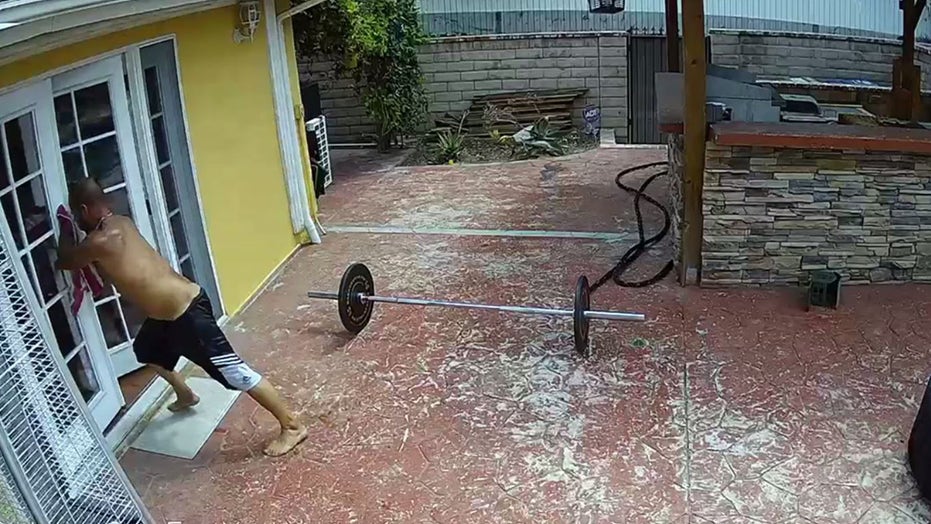 A California man was caught on home surveillance video taking a dip in a homeowner’s pool before breaking into the house.

A California man was caught on home surveillance video taking a dip in a family’s pool before breaking into their house while a mother and her two teenage children were upstairs.

The incident occurred on July 8 in Porter Ranch, a suburb of Los Angeles.

Homeowner Sharon Der told FOX11 Los Angeles that the man first tried breaking into her neighbor’s home before hopping the fence into her backyard.

Der described the man’s behavior as erratic as he appeared to take a swim in their pool and then ate some lemons off their lemon tree.

Home surveillance video shows the shirtless man holding a towel as he pushes in the French doors in the rear of the family’s home. He later can been seen running out with what appears to be a backpack. 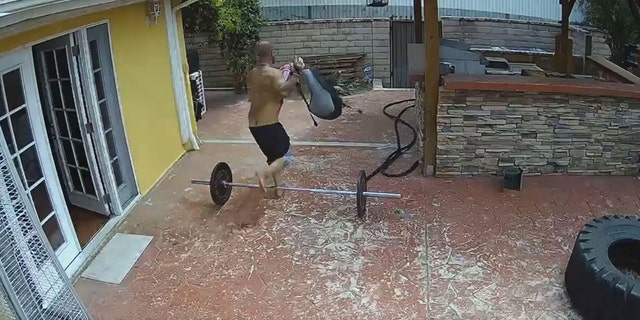 In this image taken from home surveillance video, the man appears to leave the house with a backpack.
(Handout)

Der said that she and her two kids, ages 13 and 16, were upstairs and unaware that the man had entered their home.

“A police officer knocked on the door and we opened it and they had asked if we had known if someone entered into our home and our property, and we actually didn’t know and we checked cameras and it was all there,” she said. “That was scary. It was very invasive.”

She said officers told her the man was “homeless and high,” and that the case may not qualify as a burglary since he was not covering up his face or other identifiers like tattoos.

“We just praise God, and I’m getting chills, that nothing bad came of this,” Der said. “After debriefing and contemplating it, it could have just been so much worse with all the stories that we hear.”

No arrests have been made as of Saturday, according to the outlet.