A California man has filed a lawsuit after a bear in a dumpster startled him at a town in Lake Tahoe, Nevada, causing him to flee and injure himself, according to court documents.

John Donaldson was vacationing in the tourist area of Incline Village in September 2019 when he opened a dumpster to toss his dog’s waste when he found a bear that began to approach him. 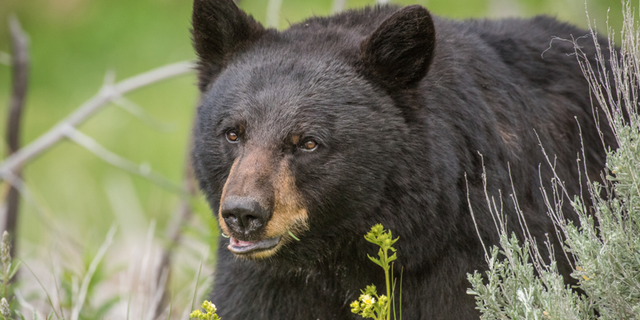 Bears have supposedly been finding their way in dumpster because of a faulty handle, according to the lawsuit.
(wildlife.ca.gov)

Donaldson fled the scene, tripped, and injured himself. Court documents say he tore his Achilles tendon and compressed his spine, both of which required surgery.

Donaldson, who is from Davis, California, is suing Incline Crest Condominium Association, which manages the property where he was staying, and Waste Management of Nevada, Inc., for $15,000.

In the lawsuit, Donaldson alleges that Incline Village and other parts of Lake Tahoe have a “serious and persistent bear problem, predominantly trash related.” He also alleges that the dumpster had been malfunctioning for several months.

Waste Management of Nevada declined to comment when reached by Fox News. Neither Donaldson’s lawyer nor Incline Village responded to requests for comment by publication.