‘Controlling and obstructive’ businesswoman, 57, got her son to bury her father’s body in their garden and refused to tell her estranged sister where in macabre will row

A woman got her son to dig a grave in the back garden for her father – and refused to tell her sister exactly where he was buried, a court has heard.

All she told her sister Helen Ruhl, 53, was that their dad was ‘in the garden’ of the house in West Runton, Norfolk, according to the newspaper. 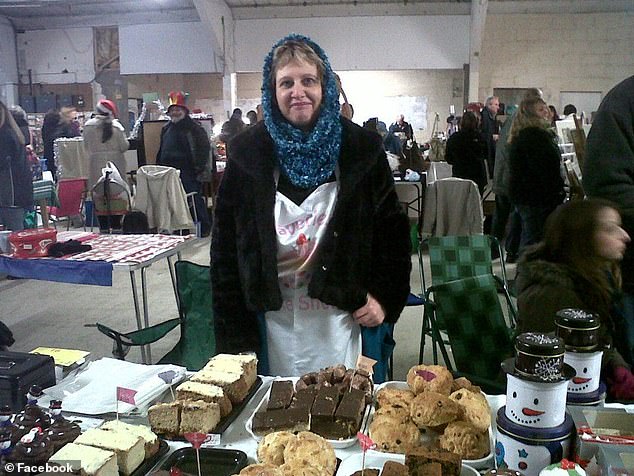 Helen Ruhl (pictured), who runs a cake shop in Cromer, ended up taking her sister to court

But she refused to specify exactly where his grave was located in the plot, which spans a third of an acre.

Helen, who runs a cake shop in Cromer, ended up taking her sister to court.

The High Court in London heard that Sally arranged for a DIY burial because she didn’t feel like she could ‘face another funeral’ after the death of their mother Margaret in April last year.

According to the Sun, she had intended for it to be temporary.

When she agreed to an exhumation, Sally reportedly refused to let a digger in.

She insisted that her son dig her father up again by hand and he was reburied next to his wife, the court heard.

Her sister Helen then moved to have Sally removed as an executor of their father’s will. 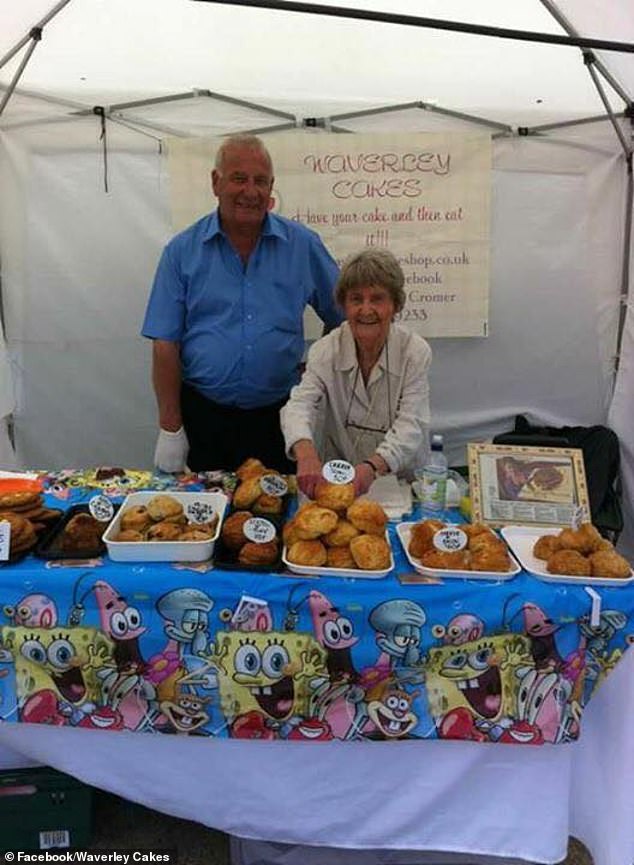 Kenneth Ruhl (pictured with his wife Margaret, who died in April last year) was buried in the garden of his £400,000 home after he died at the age of 80 in July 2017

Helen’s barrister James Poole described Sally as ‘controlling and obstructive’ – and told the court the relationship between the sisters was ‘poor.’

But Sally maintained that Helen knew their father was in the garden.

She added that she invited her sister over and said she would show her where their father was buried.

And she also insisted there was ‘nothing sinister’ about having her son exhume her father’s body.

She told the court she asked her son to dig down to a foot above the coffin.

‘There was nothing sinister about it. My son had dug the grave in the first place,’ she said.

Helen and Sally Ruhl were left equal shares of the West Runton house, but its sale was deadlocked as Sally and her son were living there.

Judge Paul Teverson ruled that neither sister should be an executor to the will and appointed two lawyers, according to The Sun.

He ordered Sally to pay more than £35,000 towards Helen’s legal bills.