‘Get back to your f***ing country!’: Bus passenger launches astonishing racist attack on driver AND his bus that is so violent that other commuters team up to chase him away

A racist passenger smashed a bus driver in the face after calling him an ‘immigrant c***’ and screaming: ‘Get back to your f***ing country’ in a horrifying attack caught on camera.

The meltdown, believed to have taken place in the Ealing area of west London, sparked outrage on board and led to three men chasing the thug down the road while punching and kicking him.

The passenger had exploded with rage after the driver followed him on to the top deck of the bus demanding to see his Oyster card.

The irate fare dodger then screamed back: ‘I hope you get f***ing deported’ and ‘get back to your own f***ing country – this is our country’ before chasing him back down the stairs.

The driver was forced to lock himself in his cab as his abuser spat at him and tried to smash his way in. 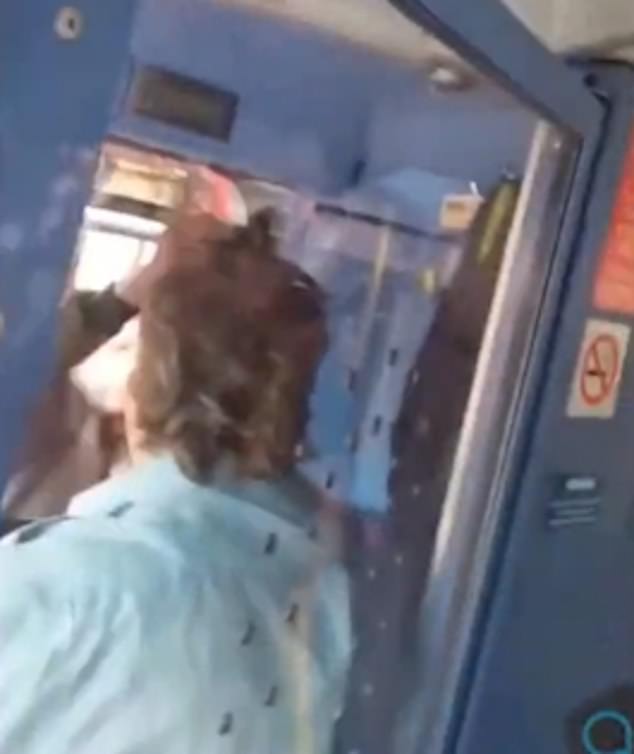 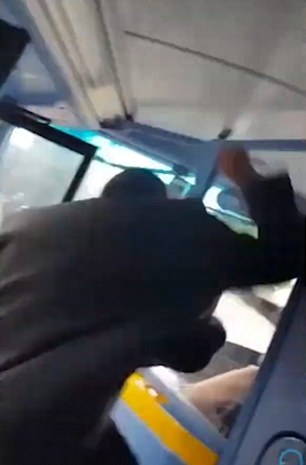 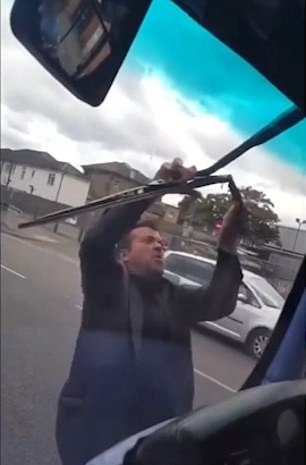 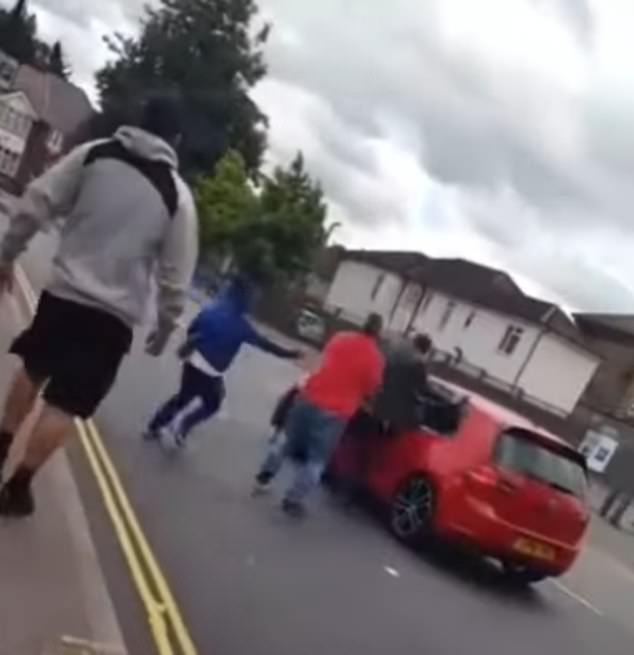 Three other passengers infuriated by his behaviour and punched, kicked and restrain him until he stopped trying to attack the driver

He then got off the bus but decided to block the vehicle’s path, pounding the windscreen, destroying the wipers and wrenching open the bus driver’s window and beating him around the face.

The thug also sprayed soft drinks on the bus before trying to do the same with cans of lager.

Three men then chased the abusive man down the road while punching and kicking him before restraining him.

One man punches him in the head and pushes him against a passing car while another repeatedly kicks him in the rear.

A third man then restrains him and manages to stop his racist and violent tirade.

The four minute video ends with the thug collecting his belongings from the pavement and road while yelling ‘f*** off’ repeatedly as the driver shuts the doors and pulls away.

The video has been flagged to Scotland Yard – but it is not known if the man has been arrested. 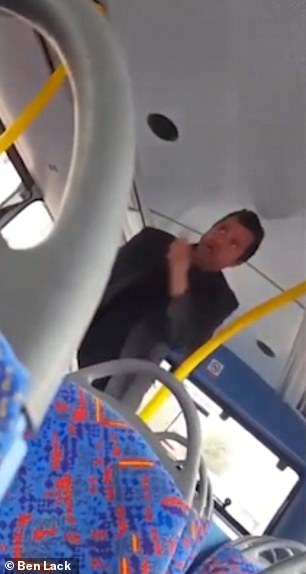 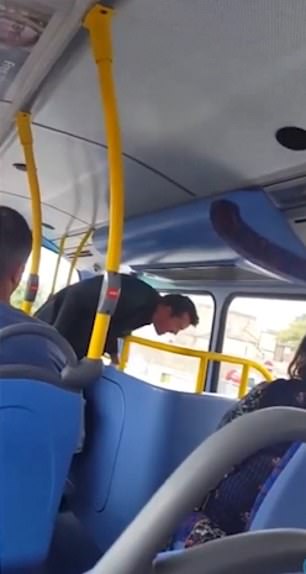 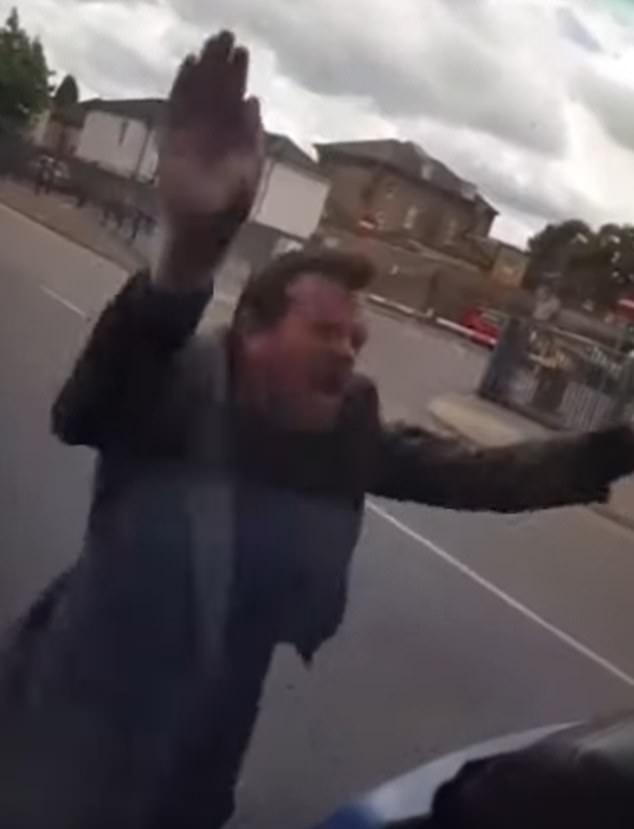