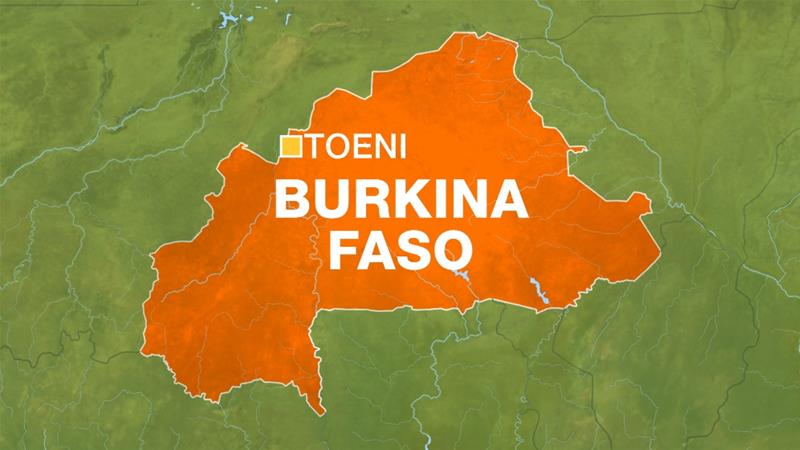 “The toll is 10 officers who have lost their lives and three wounded,” the ministry said in a statement, adding that a police convoy from the Toeni region and reinforcements from the Dedougou area had been ambushed.

The officers were attacked while heading to the village of Loroni, near the border with Mali, after a school had been attacked and textbooks torched by armed assailants, a security source told AFP news agency.

The wounded, including two in serious condition, were taken to a hospital in Dedougou, the source added.

“A convoy of defence and security forces who were scrambled from Tougan to come to the scene of the tragedy … also hit an explosive device that ripped through the lead vehicle but fortunately did not kill anybody,” Sawadogo said, adding that three of the four officers in the vehicle were wounded.

“This is an area that has recently been the target of a number of attacks. Arrangements have been made for regular patrols but we are working to strengthen the security system on all the sensitive axes of the zone,” he said.

Burkina Faso has been increasingly hit by deadly attacks over the last three years.

They began in the north of the country but have since spread to the east, near the border with Togo and Benin.

On Wednesday, a police officer died during an attack on his station in the northern town of Solan.

Most attacks are attributed to the armed group Ansarul Islam, which emerged near the Mali border in December 2016, and to the JNIM (the Group to Support Islam and Muslims), which has sworn allegiance to al-Qaeda in the Islamic Maghreb.

Those groups are believed to be responsible for more than 255 deaths since 2015.

The capital Ouagadougou has been hit three times and almost 60 people have died there.