ABUJA (Reuters) – Nigerian President Muhammadu Buhari has won a second term at the helm of Africa’s most populous state and top oil producer, the electoral commission chairman said on Wednesday, following an election marred by delays, logistical glitches and violence.

Buhari took 56 percent of votes against 41 for his main rival, businessman and former vice president Atiku Abubakar of the People’s Democratic Party (PDP).

But hours after Buhari was declared the victor, Atiku rejected the result and vowed to challenge it in court.

Buhari has a daunting to-do list, including reviving an economy still struggling to recover from a 2016 recession and quelling a decade-old Islamist insurgency that has killed thousands in the northeast, many of them civilians.

He told supporters at the campaign headquarters of his All Progressive Congress (APC) party in the capital Abuja:

“The new administration will intensify its efforts in security, restructuring the economy and fighting corruption.”

The president garnered 15.2 million to Atiku’s 11.3 million. The turnout was 35.6 percent, the electoral commission said, compared with 44 percent in 2015.

Buhari urged his supporters not to gloat, or “humiliate” the opposition.

But Atiku issued a statement saying: “It is clear that there were manifest and premeditated malpractices in many states which negate the results announced …

“I hereby reject the result of the February 23, 2019, sham election and will be challenging it in court.”

The APC had said the opposition was trying to discredit the returns from Saturday’s election.

The accusations have ratcheted up tensions in a country whose six decades of independence have been marked by long periods of military rule, coups and secessionist wars.

Observers from the Economic Community of West African States, the African Union and the United Nations appealed to all parties to await the official results, expected later this week, before filing complaints.

The candidate with the most votes nationwide is declared the winner as long as they have at least one-quarter of the vote in two-thirds of Nigeria’s 36 states and the capital, Abuja. Otherwise there is a run-off. 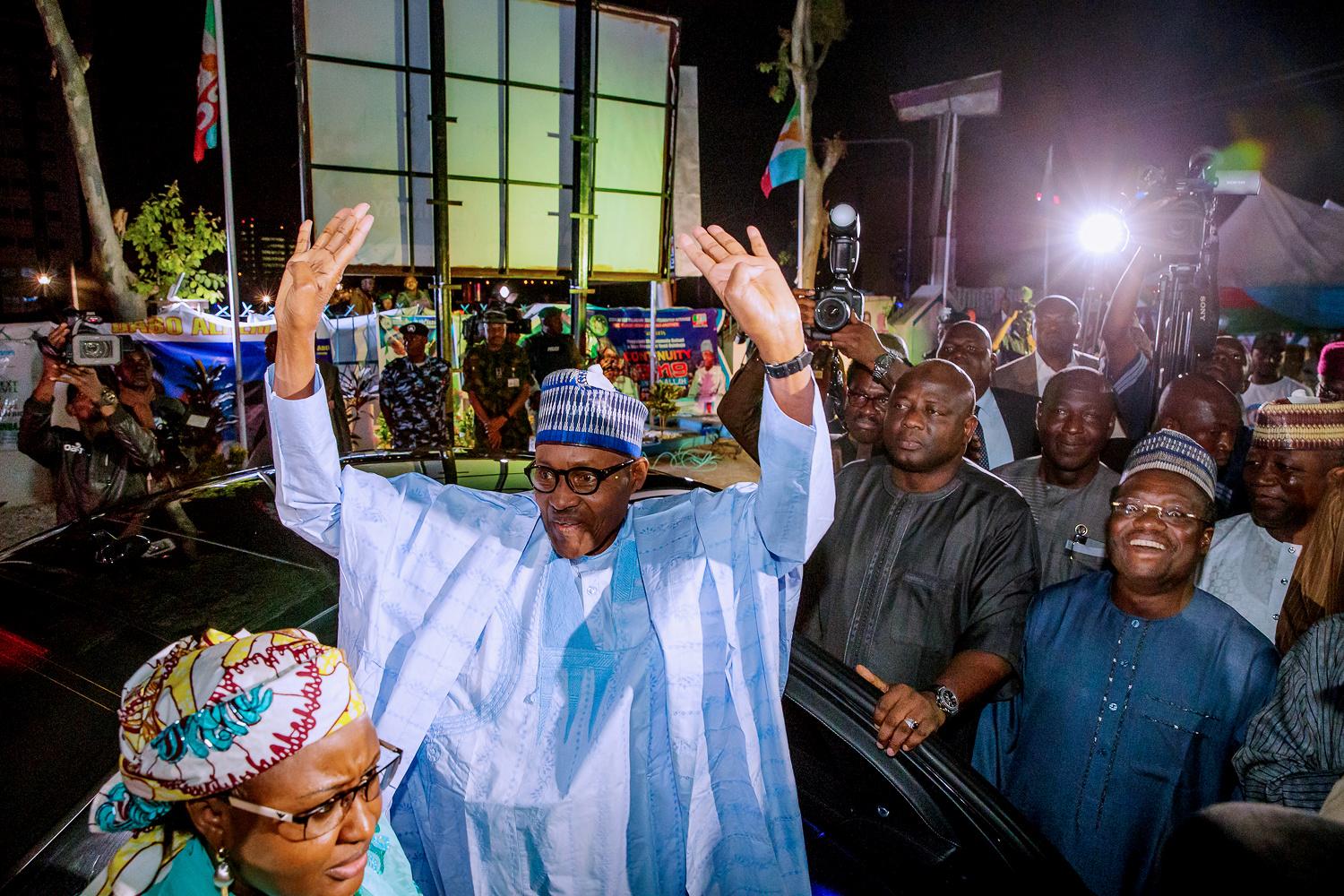 His supporters gathered at APC headquarters to celebrate.

“As a youth of Nigeria, I believe this is the way forward for this country and for my generation, and that is why we choose to bring him back for the second time,” said one of them, Juwarat Abubakar.

Atiku, 72, had said he would aim to double the size of the economy to $900 billion by 2025, privatize the state oil company and expand the role of the private sector.

Voting had been delayed by a week after the election commission said it had been unable to get ballots and results sheets to all parts of the country.

The event – Africa’s largest democratic exercise – was also marred by violence. At least 47 people were killed during voting and its aftermath, according to the Situation Room, a monitoring organization linking various civil society groups.

Some deaths resulted from clashes between groups allied to the leading parties and the police over the theft of ballot boxes and allegations of vote fraud.

Police have not yet provided official casualty figures. 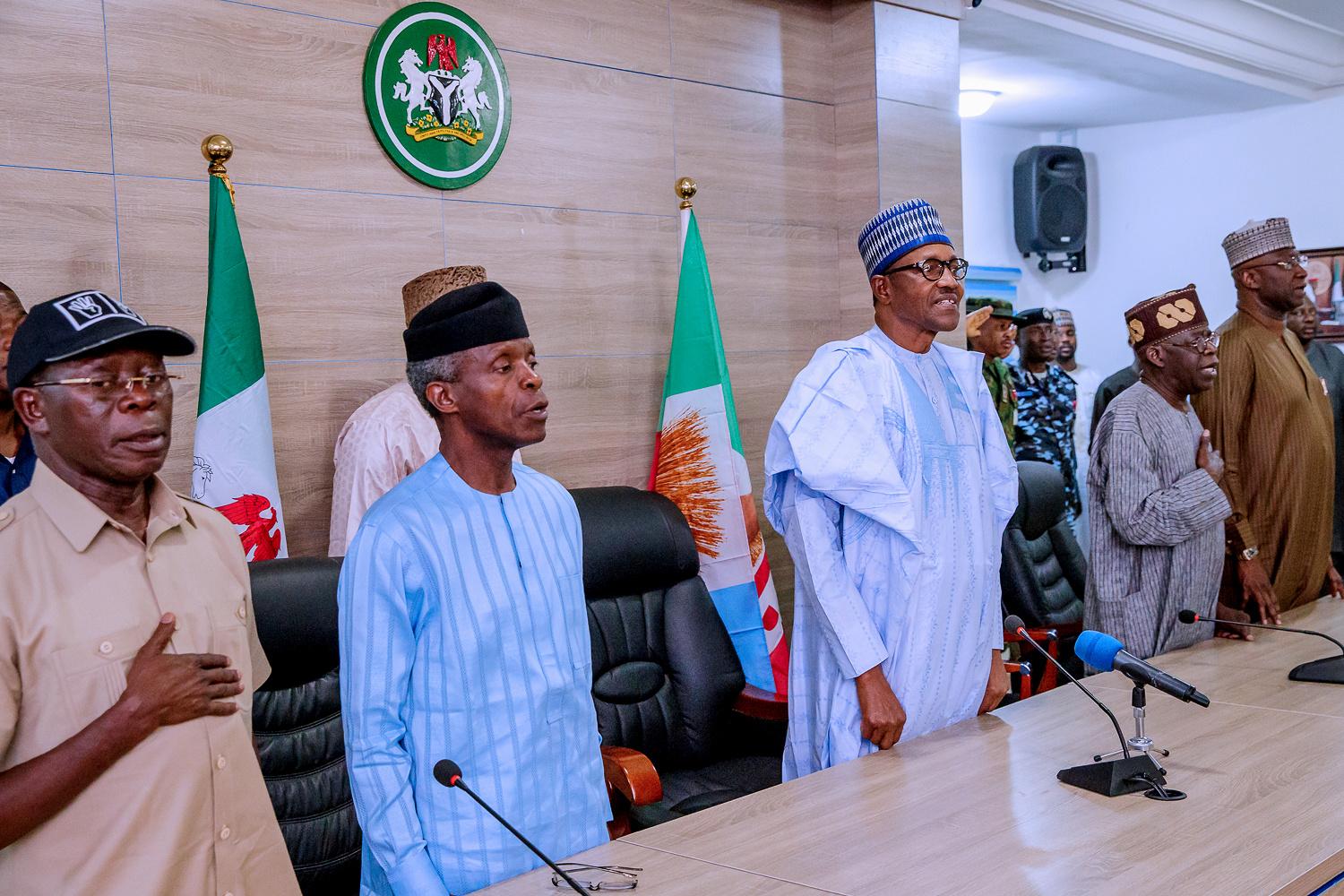 In his address, Buhari said he was saddened by the loss of lives and commended the security agencies for their work, “as severely overstretched as they are”.

More than 260 people have been killed since the start of the election campaign in October. The toll so far is lower than in earlier elections, but in the past, the worst violence has occurred only after results were announced.

The vote was also affected by problems with smart-card readers that authenticate voters’ fingerprints. That meant voting in a small number of precincts was put off to Sunday.