In an emotional handwritten letter posted to BTS’ Twitter page, he told the “Army” fan club that he was really happy. 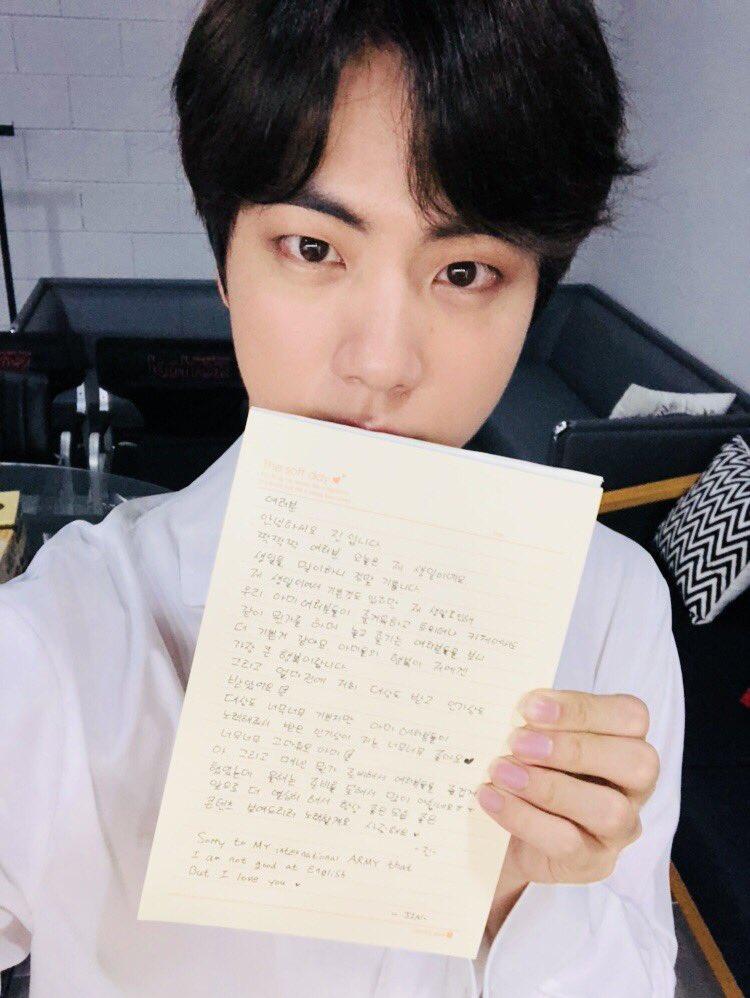 The handsome singer wrote in his native language: “I’m happy not only because it’s my birthday but mainly because Army members are happy celebrating my birthday together.

“BTS could do everything it did because Army was supportive all the time.”

He ended his letter by sending love to his global fans with a short but endearing message in English: “Sorry to my international ARMY that I am not good in English but I love you.” 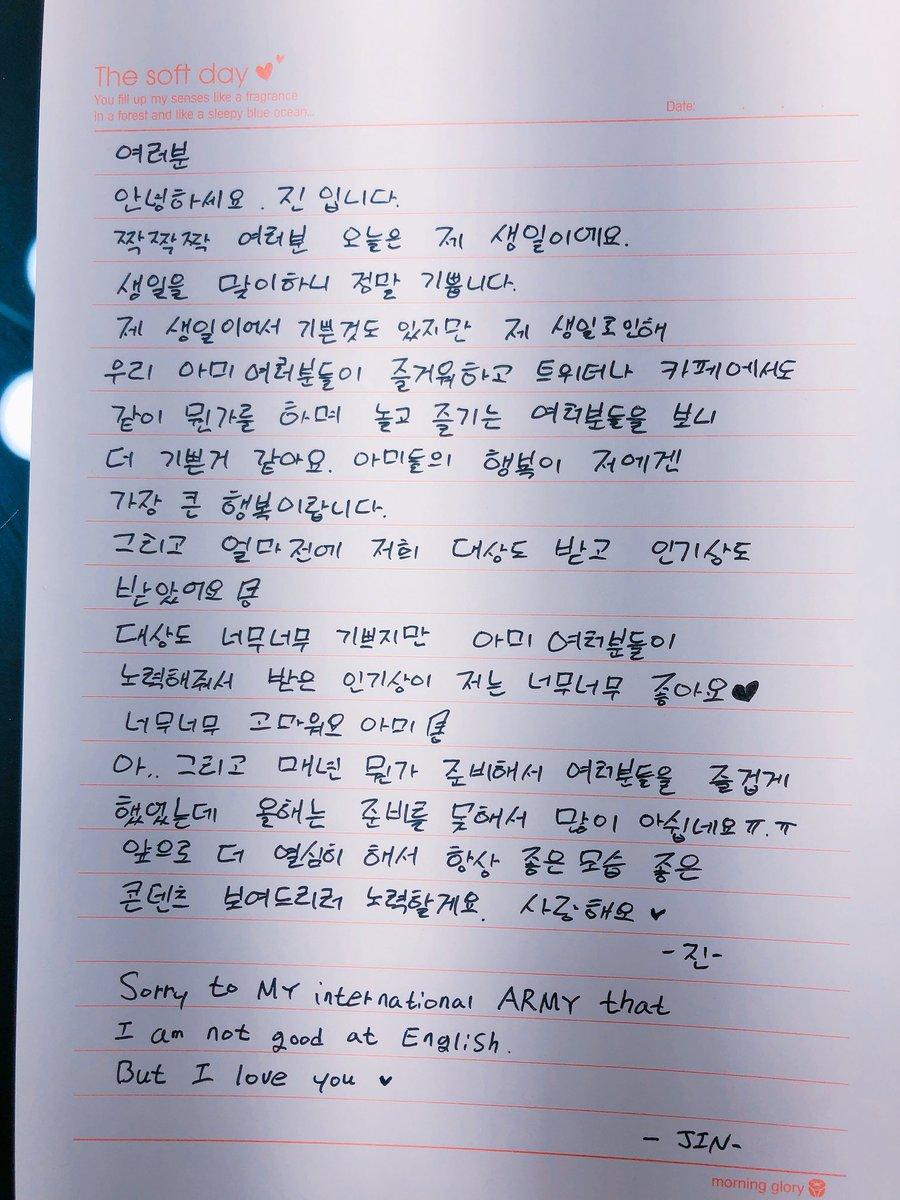 On the occasion of the star’s birthday, his fan club chose to donate 344 sets of female sanitary products to the Gwacheon Social Welfare Center in his hometown.

The centre will distribute the products to 86 female students from low-income with each girl receiving four sets of products designed to last her ten months.

On making the donation, the fan club said: “We hope that this donation can convey the sincere and warm heart that Jin shows on a daily basis.”

Jin and his fellow BTS boyband members have taken the music world by storm after notching up a string of world records this year.

The South Korean K-Pop superstars will make the pages of the Guinness World Records book at least three times in the coming year, and have won a legion of fans and top music awards in the last 12 months. 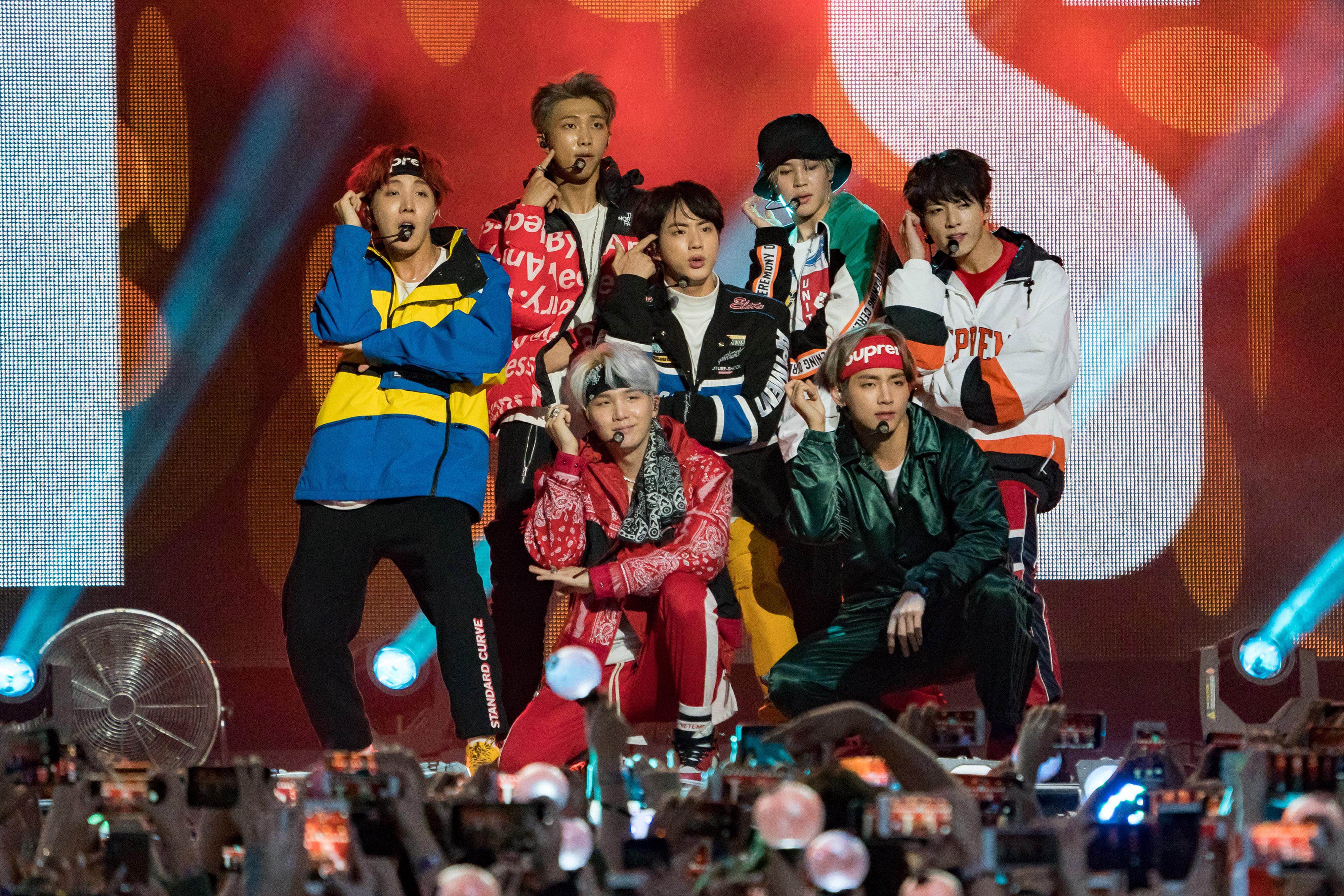 The group currently holds the record for the most Twitter engagements, with each of their tweets having an average of 330,624 retweets, replies, likes or other interactions.

The previous record was held by former One Direction star Harry Styles, with an average of a mere 147,653.

Their song DNA also has the record for the most viewed music video online in 24 hours by a K-pop group, with 21million views.

And they have also broken the record for YouTube's most-watched music video debut, receiving more than 45million hits in 24 hours for their song Idol.

They beat the former record holder – Taylor Swift with single Look What You Made Me Do – into second place.

And in October 2018, the band stormed London’s O2 Arena with two sold-out shows, proving they are more than ready to conquer the UK.