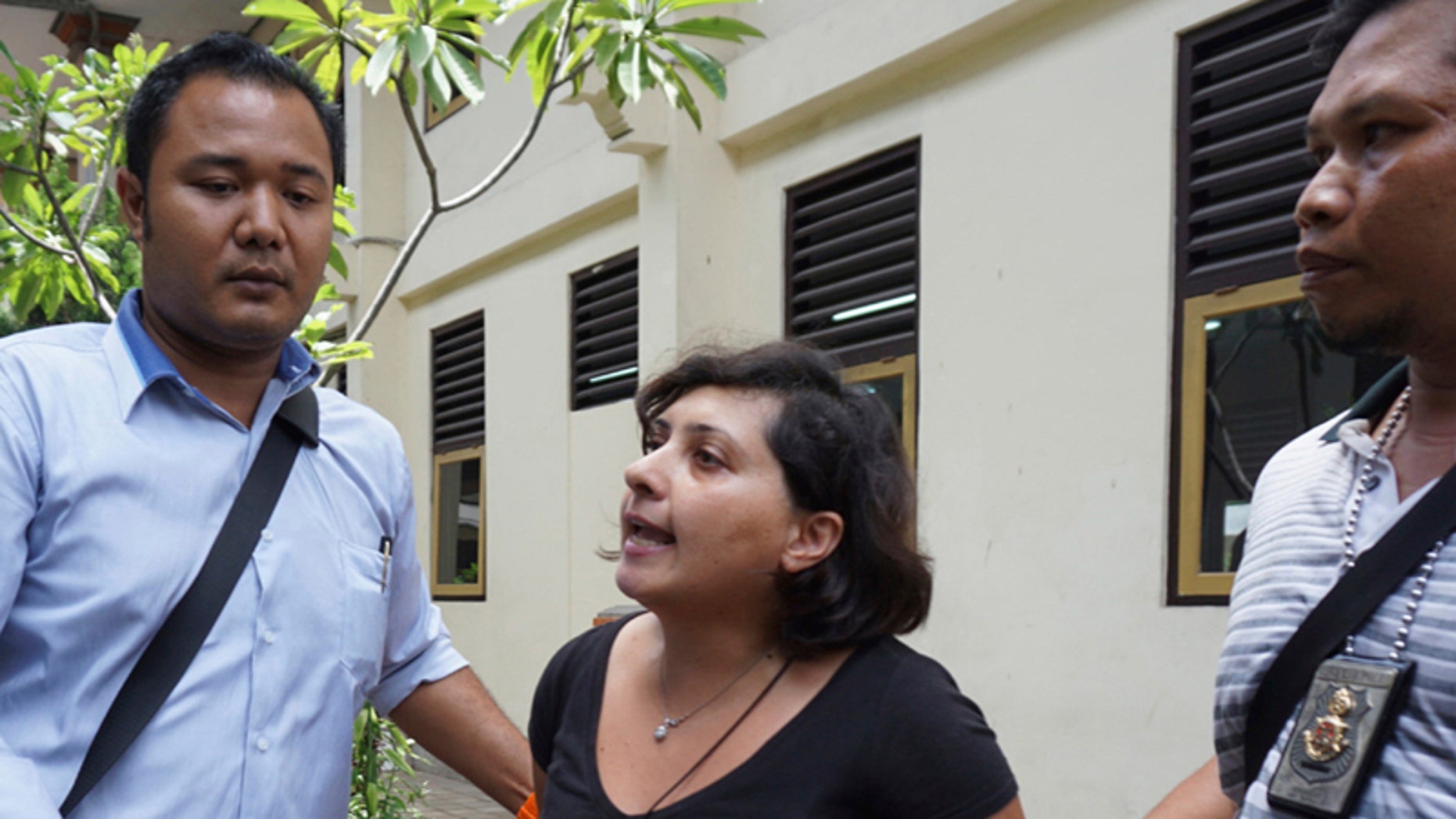 Auj-e Taqaddas is escorted by investigators after her trial in Bali, Indonesia, on Wednesday. (AP Photo)

A British woman was sentenced to six months in jail by an Indonesian court on Wednesday after she slapped an immigration officer who asked her to pay a fine for overstaying her visa.

Auj-e Taqaddas, 43, was at Bali’s international airport in July when she missed her flight because of an altercation with an immigration officer. She was asked to pay a fine of about $4,000 (about $22 a day) for overstaying her visa, which had expired in February, Reuters reported.

Cellphone video showed an angry Taqaddas shouting and cursing before slapping the officer.

She was sentenced in Denpasar District Court to six months in jail for violent behavior against a government official. Prosecutors were originally seeking a one-year prison sentence.

Taqaddas said, "This is a sham court who was only listening to the dirty prosecutor who did not bring me to the court for six months.” 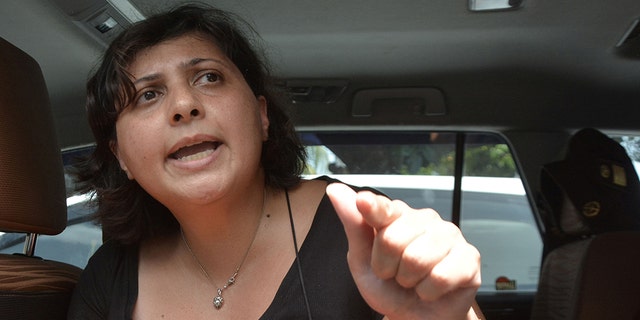 Auj-e Taqaddas gestures as she talks to journalist after attending sentencing at Denpasar court in the resort island of Bali, Indonesia, February 6, 2019. (INDONESIA OUT)

She alleged in December when her trial began that the video had been edited.

"Indonesia is a criminal country. Indonesian law is corrupt. Indonesian judges are corrupt," Taqaddas shouted as two officials escorted her from the courtroom. "No lawyer was provided. Indonesian immigration is corrupt," she said.

Taqaddas also claimed she was tortured by police on three occasions including the day of her sentencing.

Waher Tarihorang, an official with the prosecutor's office, told Reuters that officials did not use violence against Taqaddas but were within their “right to take forcible action to bring her to court” after she allegedly missed her previous scheduled appearances.