A British holidaymaker has relived the ‘horrific’ moment a tourist train flipped over in Mallorca, leaving at least 11 people injured.

Jill Saunders, 49, was in the middle carriage when the road train crashed while travelling up a steep hill in Cala d’Or on Wednesday.

The vehicle was travelling at speed and just as it reached a bend, one of the wheels hit the kerb and the resort train overturned.

Several passengers were then thrown from the vehicle sparking mass panic, and police arrived quickly on the scene. 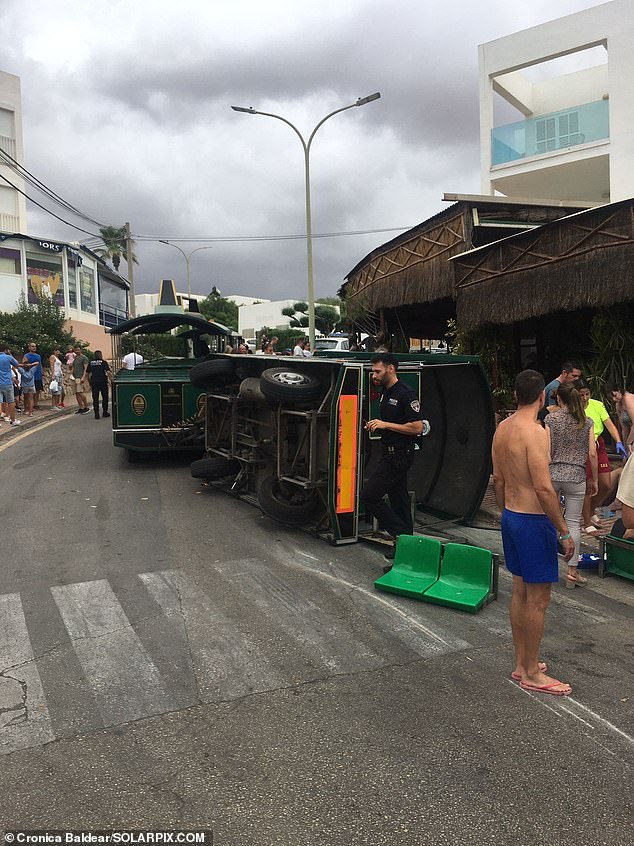 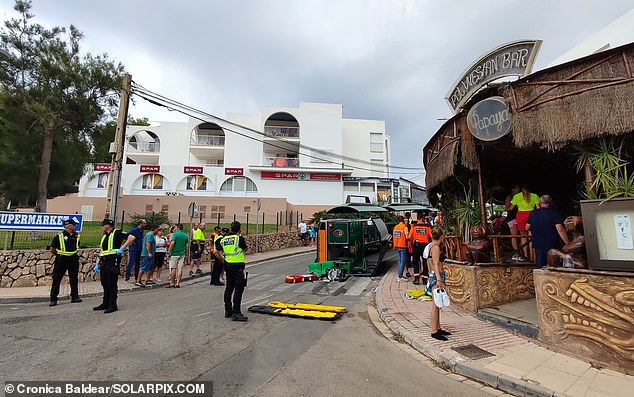 Ambulances took around an hour to arrive at the scene of the freak crash, it was claimed

Numerous ambulances then arrived to attend to the injured – but not until around an hour after the crash took place, it is claimed.

Jill alleges that the driver failed to stop for around 20 yards despite the back carriage having flipped on to its side.

Passengers were then dragged along the floor, most of whom suffered horrific grazes and head injuries from the impact, she said.

Jill was able to help the injured passengers using a first aid box she believes was supplied by a nearby hotel. 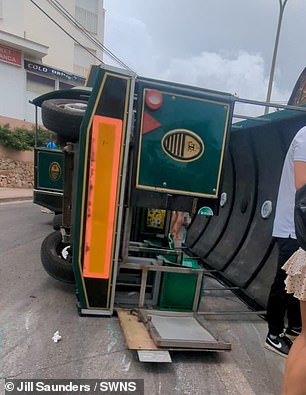 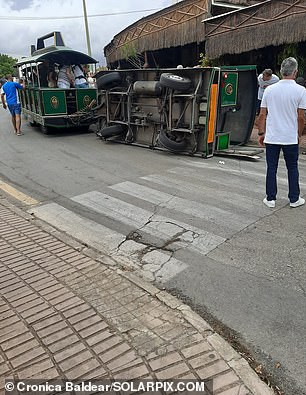 Eleven passengers suffered horrific injuries in the crash. Some were dragged along the floor after their carriage flipped over, with their heads rubbed on the concrete road surface

She then tended to the passenger’s wounds with bandages while her husband Jonathan Saunders, 48, kept everybody calm and took control of the situation.

Jill, from Bridgend, south Wales, said: ‘The driver took the bend too quickly and the back carriage just went.

‘He didn’t realise what had happened and kept driving, meanwhile people were being dragged along the concrete at around 20mph.

‘After he finally stopped, I got out to tend to the wounded. 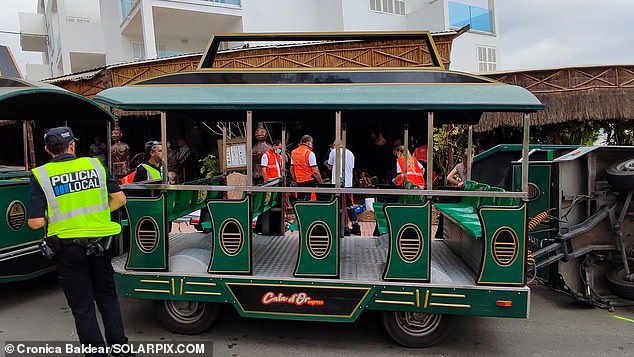 The train flipped as it travelled quickly up a hill on the Spanish island, injuring three children 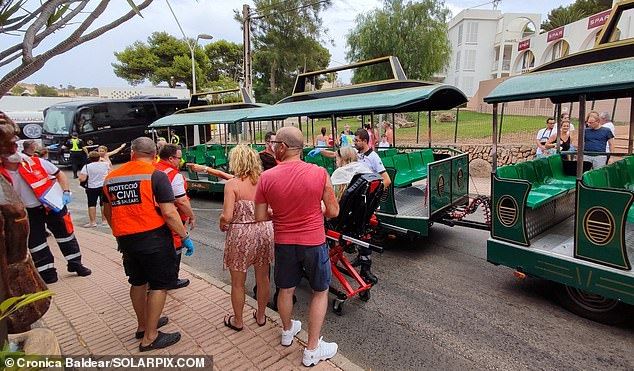 ‘Luckily my husband is in the army so he was able to use his training to calm everybody down and take control of the situation.

‘He helped one woman who was being climbed over by other passengers trying to get out the carriage – it was horrific.

‘I was bandaging people up who were injured while we waited for the ambulance which took around an hour to turn up.

‘The whole ordeal was extremely traumatic, and as a family we just feel so lucky to have come out of it mostly unharmed.’

The number of injured is eight adults and three children, reports say, with one of them in a serious condition.

The injured were taken to the Llevant hospital and two to Quirón Palmaplanas.

The Local Police and the Guiardia Civil have mounted a joint investigation into the incident.