A British tourist has died from coronavirus in Lanzarote.

The OAP became the second Covid-19 fatality on the holiday island.

Regional health officials said he was more than 70 years old and confirmed he was a tourist, but offered no more details about his identity.

A spokesman for the regional health authority said: ‘I can confirm a British tourist on the island has died after testing positive for coronavirus.’

‘He had underlying health issues.’ 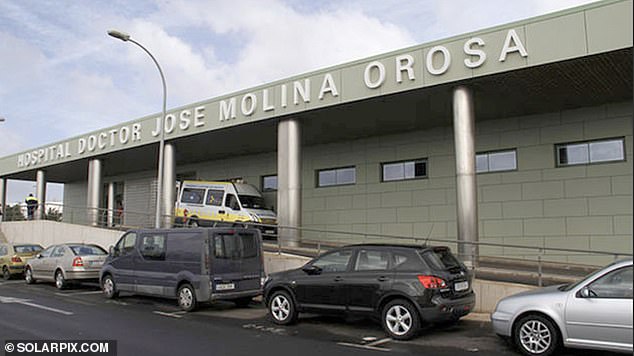 He lost his fight against the killer virus today at Molina Orosa Hospital in Lanzarote’s capital Arrecife.

It was not immediately clear where on the island he was staying before he was taken ill and how long he had been in hospital.

He became the second person to die in Lanzarote from coronavirus. The first victim was a 71-year-old German expat.

On Monday a British tourist became the first person to die from coronavirus in Cape Verde.

The unnamed Brit died in hospital around 11pm local time on Monday.

He was taken ill after checking into the five-star Hotel Riu Karamboa on Boa Vista, one of the archipelago’s most visited islands, on March 9.

He was admitted to Sal Rei Hospital on March 16 where he failed to recover from the killer virus.

Health chiefs confirmed after the holidaymaker tested positive that the hotel would go into a 14-day lockdown with 640 tourists and 210 staff inside.