‘It wasn’t life in there, that was survival’ British father-of-three who was freed from Iraqi jail where he was being held over £4,000 Qatar debt tells of his two month ordeal and says his cell was infested with rats ‘as big as cats’

A British father who was held in Iraq over an alleged unpaid debt has told of the dreadful conditions he endured in prison where he saw rats as big as cats.

Brian Glendinning, 43, said he ‘pressed the pause button’ on his life during two months in jail where getting through the days was just ‘survival’.

He had been contracted to work at an oil refinery in Iraq but was arrested on an Interpol red notice at Baghdad Airport on September 12 over an alleged debt owed to the Qatar National Bank.

The father of three was eventually freed after campaigning by the Interpol and Extradition Reform (Ipex) initiative, and returned to Scotland on November 19. 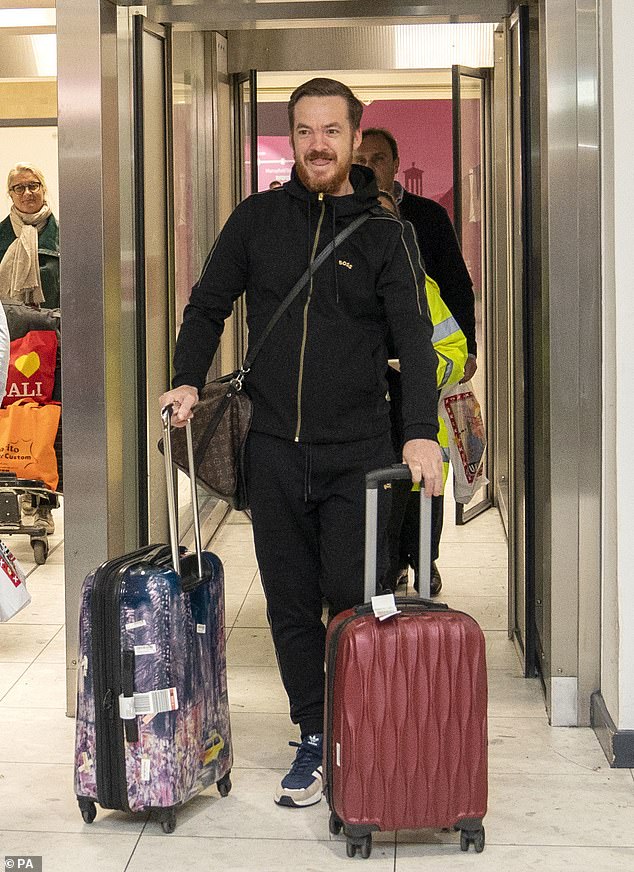 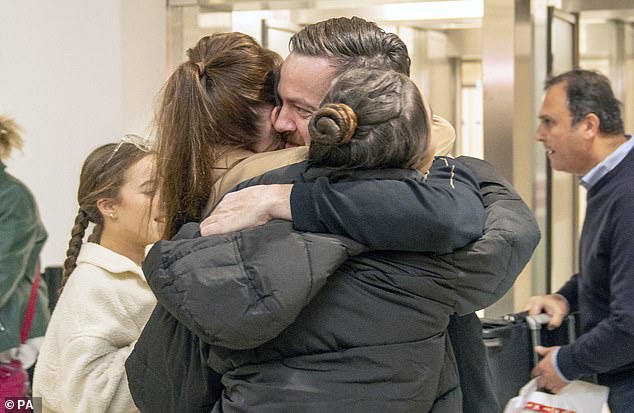 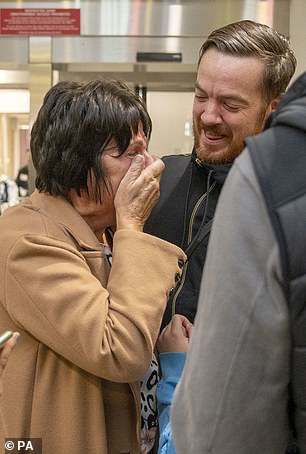 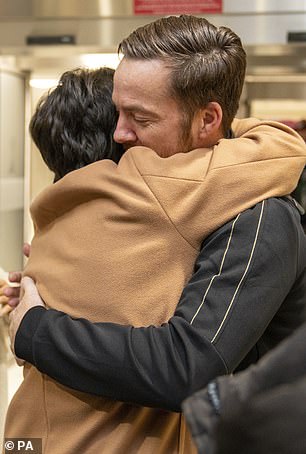 Glendinning is greeted by his mother Meta after arriving in Edinburgh

He described his experiences to Ipex founder Radha Stirling, who hosts the Gulf in Justice Podcast.

Mr Glendinning said rats infested the toilets in the cell he shared, making it hard to sleep.

He said: ‘I looked and saw this rat run past, this thing was the size of a cat. They came out the toilet, it was just a hole in the floor.

‘If you’ve seen Trainspotting and the toilet scene in that, it was 10 times worse, it was just rats everywhere.

‘For four nights I watched these these rats all night and never slept.’

While he eventually managed to sleep after realising the rats did not leave the toilet area, he said he had to endure constant noise and no hot water during his time in prison.

He said: ‘The mental torture every day, it was the noise, rabble and voices, a fan, there was a generator right outside the window, the fumes coming from the generator, sore head.’ 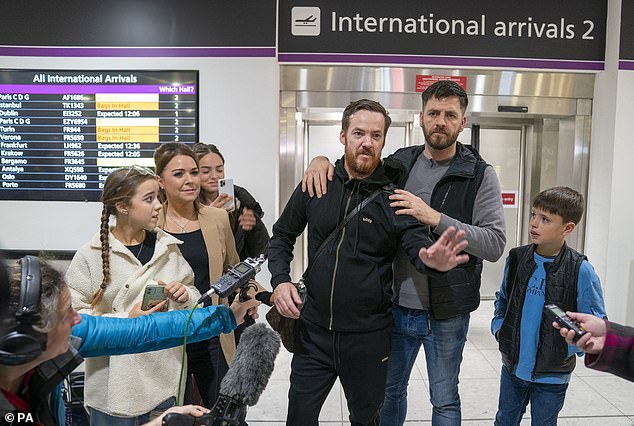 The father of three, who had been working at an oil refinery in Iraq, was arrested on an Interpol red notice at Baghdad airport on September 12 over an alleged debt owed to the Qatar National Bank 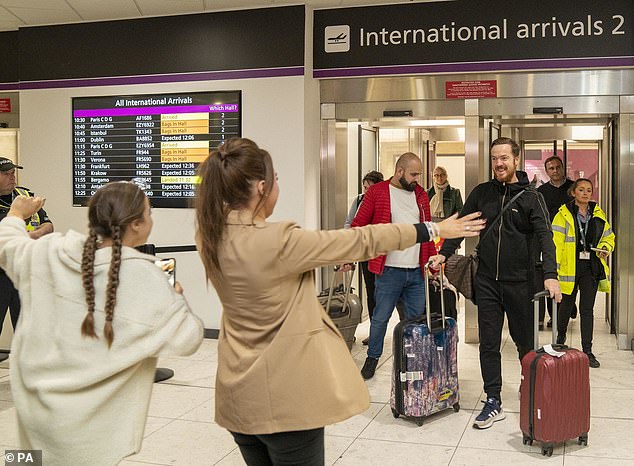 Mr Glendinning said he saw police hitting other prisoners and that while he was not hit himself, the guards were ‘heavy handed’ with him, pushing him as he walked along.

He said that he initially feared he would be extradited to Qatar and would have to spend two years in jail.

Asked about the worst moments of his ordeal, he told Ms Stirling: ‘The worst thing was the initial phone call back home to tell them that, ‘by the way, I’m locked up here and I don’t think I’m getting out’.

‘And then when I actually managed to get hold of the official paperwork and read the words ‘you were sentenced to two years in jail in Qatar in 2017 in your absence, Qatar wanted you extradited’, and my world just fell apart.

‘I’d already fixed in my head the phone call to Kimberley (his wife) saying, ‘listen, just get on with life, I’m not going to be there, don’t even bother coming out here to see me’. I didn’t want the kids coming out here, I basically just wrote myself off then.

‘When I got in there I pressed the pause button on my life, and when I got back out I pressed play again, but I thought that pause button was going to be on a lot longer than what it was.

‘That wasn’t life in there, to me, that was survival, an existence, and it’s something I don’t want to remember again, that’s why I pressed pause.’

Mr Glendinning, from Kincardine, Fife, said he is incredibly grateful to friends and family and everyone who worked to bring him home.

He said: ‘The best time was the day I heard I was getting out, I never even knew it was coming. And after that it was when the plane touched down at Edinburgh Airport and I knew I was home.’

Ms Stirling said: ‘I am privileged to have been able to help this dear family who I have come to know.

‘I’m grateful for their energy and dedication in supporting the campaign to free Brian.’