British father, 44, is fighting for his life after being struck down with pneumonia during a dream holiday to Cape Verde as his family fights to get him flown home for treatment

The family of a Brit left fighting for his life after being struck down with pneumonia during a dream holiday have launched a desperate plea for him to be flown off an island to a proper hospital.

Devastated Becky Mazur, 31, fears her husband Peter, 44, will not see another day as he fights for breath in a clinic in Cape Verde, Africa that does not have the facilities to treat him.

The couple initially flew out to the archipelago on April 2, with five-year-old son Oliver, for a two-week family holiday.

They were staying in five-star hotel, Rio Touareg, on the island of Boa Vista, where Peter, described as being in good health beforehand, fell ill. 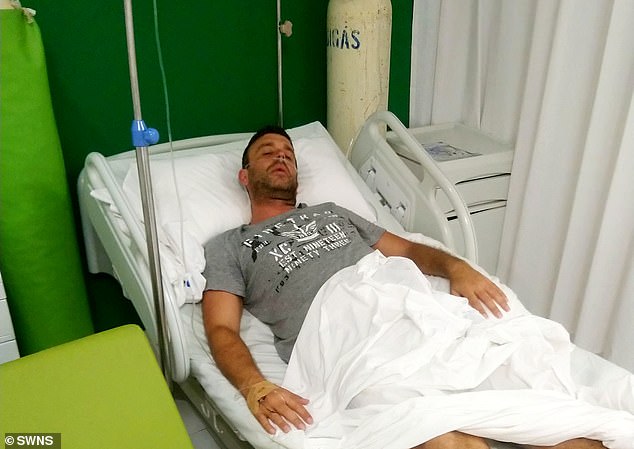 Peter Mazur in hospital in Cape Verde. His wife has been fighting to get him transferred by air ambulance to a proper hospital in Gran Canaria

Hairdresser Becky, from Felixstowe, Suffolk, says she has now been fighting for five days to get Peter transferred by air ambulance to a proper hospital in Gran Canaria, 930 miles away.

But she claims she has had ‘no help’- and that the untreated pneumonia has now spread to cover almost Peter’s entire left lung.

Fighting back the tears, Becky said: ‘We have had no help. We have full medical insurance with the Post Office, and I have spent three days calling them, but nobody will sign him off. 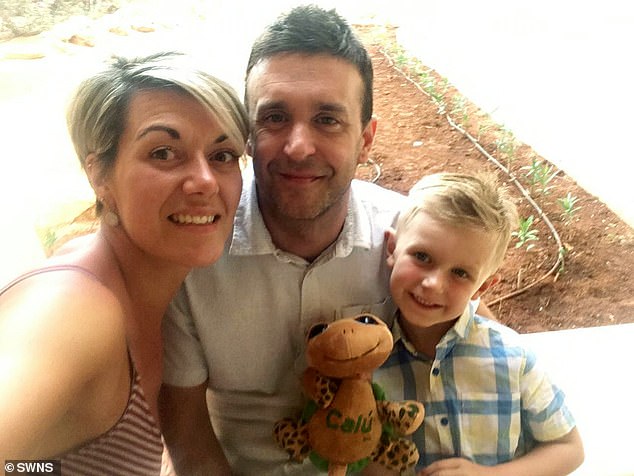 Peter Mazur with wife Becky and son Oliver on holiday in Cape Verde. Becky claims she has had ‘no help’

‘The insurance company were meant to sign him off last night, but nobody did, and now we can’t contact the man who was looking into it.

‘The doctors here are so slow. Nobody has been able to tell us what type of pneumonia it is, and we’re in a little pharmacy clinic, so nobody can do anything to help.

‘We’re locked in here overnight after 5pm. We’re living out of a suitcase and eating bread and butter.

‘We need to get Pete out of here as soon as possible. I don’t know if he’ll last another night here.’

About five or six days into their holiday, Becky said Peter fainted a couple of times, and became bedbound.

Becky said: ‘We thought it was a bit of heatstroke. But then I went up from the beach one afternoon to check on him, and his whole body was shaking.

‘Some of the hotel staff helped me get him into a wheelchair. But barely any of them speak English.

‘At first they told me it was a broken rib. But then I was told he had a lung infection.’ 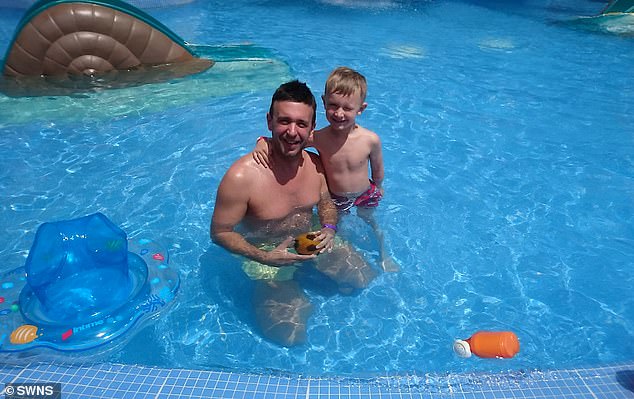 Becky said Peter fainted a couple of times five or six days into the trip, and became bedbound

She said that Peter had been feeling ‘absolutely fine’ when they flew out to the island resort on April 2.

The family were due to fly home this Tuesday but now, Becky does not even know whether Peter will survive that long.

She said: ‘The staff at this clinic were supposed to inform our insurance company of Pete’s condition, but nobody has done that.

‘The woman at the insurance company keeps saying she’s sorting it out, but nothing is happening.

‘His mentality is starting to go now. I just need to get him out of here. He needs to get to Gran Canaria.’

Becky has also warned others against taking insurance out with the Post Office.

In a Facebook post, she wrote: ‘You would think a company as big as the Post Office would be the best bet to use for your insurance. IT IS NOT.

‘Think twice about using the Post Office for travel insurance, and before going to remote islands on holiday.’