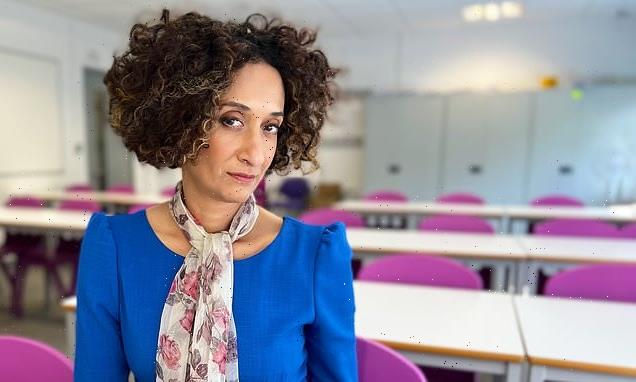 Katharine Birbalsingh revealed she was stepping down as head of the Social Mobility Commission after little more than a year.

The teacher, who was branded ‘the UK’s toughest head’ for her strict classroom management, said some of her remarks and their reception put the commission in jeopardy’.

In the past year she has made headlines by suggesting some people from the poorest families should set their sights lower, and opining that female students shunned subjects like physics at A-Level because of the ‘hard maths’.

Writing for Schools Week, Ms Birbalsingh, 50, said she was leaving because she has ‘too much baggage’.

‘Over this past year, I have become increasingly aware that my propensity to voice opinions that are considered controversial puts the commission in jeopardy,’ she said. 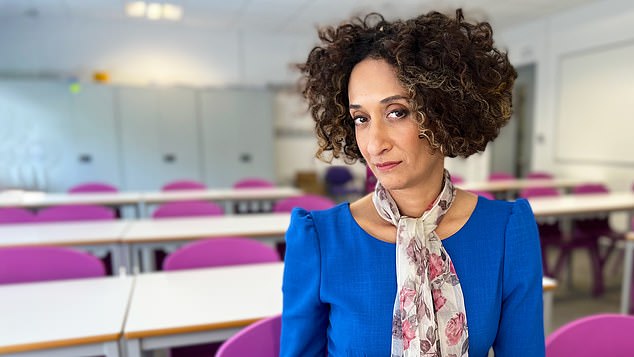 Katharine Birbalsingh revealed she was stepping down as head of the Social Mobility Commission after little more than a year. 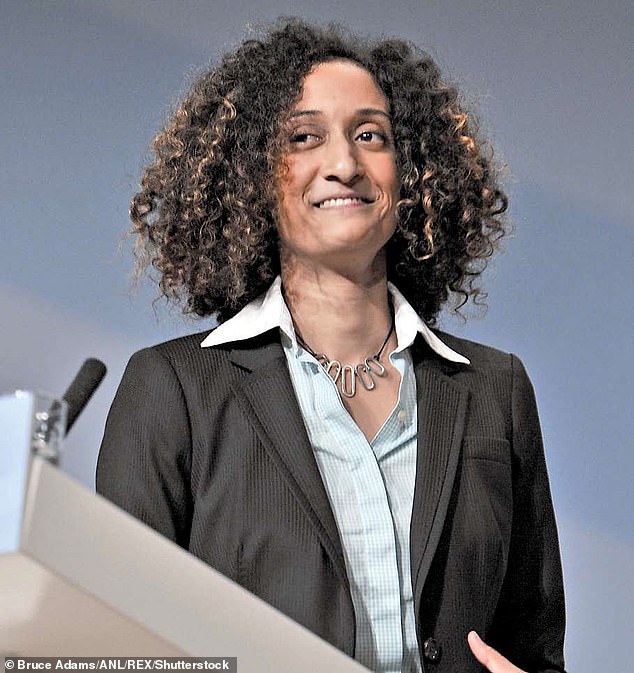 The teacher, who was branded ‘the UK’s toughest head’ for her strict classroom management, said that her public comments on social class ‘put the commission in jeopardy’.

‘When I gave my inaugural speech in June last year, I spoke about how we often have too narrow a view of social mobility: we often imagine the feel-good rags-to-riches trope of Hollywood movies when there are so many other mobilities we could and should celebrate.

‘Of course, that doesn’t mean that those who achieve the ambition of going to Oxbridge shouldn’t be admired too – only that not everyone has to go to Oxbridge to be admired.

‘We had hoped that this new narrative might be received with interest. Instead, the press insisted that I personally believe ”working class people should stay in their lane”.

‘Other interesting points were then lost amid the outrage. A tiny apology was published days later, but the damage had already been done. I am still to this day attacked for my apparently abhorrent views on social mobility.’

In that speech Ms Birbalsingh criticised Britain’s obsession with a ‘Dick Whittington model’ of seeing people rise from poverty to great riches within a generation, saying some people should set their sights lower.

She said she believes policy makers had been too preoccupied with ‘the person who is born into a family in social housing and becomes a banker or CEO’.

It has meant creating an ‘elite pathway for the few’ rather than creating a broader system that allows more people not suited for higher education to improve their lives, but in ‘smaller steps’.

She said modest achievements – such as a ‘postman’s son becoming a branch manager’ – should also receive attention.

In a speech to the Policy Exchange think tank the feted headteacher said: ‘We want to move away from the notion that social mobility should just be about the long upward mobility from the bottom to the top, i.e. the person who was born into a family in social housing and then becomes an accountant or a banker or a big CEO.

‘There is nothing wrong with that view of social mobility but it is not enough.

‘We want to promote a broader view of social mobility for a wider range of people who want to improve their lives, sometimes in smaller steps.

‘This means looking at how to improve opportunities for those at the bottom, not just making elite pathways for a few but by thinking about those who would otherwise be left behind. Those who either didn’t want to or could not ”leave to achieve”.’

The previous April she had raised eyebrows – and hackles – when she said female pupils shun A-level physics as they dislike ‘hard maths’.

The ‘tiger headmistress’ and founder of the Michaela Community free school in Wembley, London, made the comments when addressing science and technology committee on diversity and inclusion in Stem.

She was discussing why only 16 per cent of her A-level physics students were female, below the national average of 23 per cent.

Ms Birbalsingh told MPs: ‘I just think they don’t like it. There’s a lot of hard maths in there that I think they would rather not do.’

But it came after girls performed better than boys in both A-level and GCSE maths for the first time ever in 2021.

Alun Francis has been named the interim chairman of the Social Mobility Commission, the government said.

Minister for Women and Equalities, Kemi Badenoch said: ‘I am very grateful to Katharine for her time as chairwoman, and congratulate her on successfully giving the organisation a strong sense of direction and purpose. I know that Alun will continue to build upon her excellent work.’