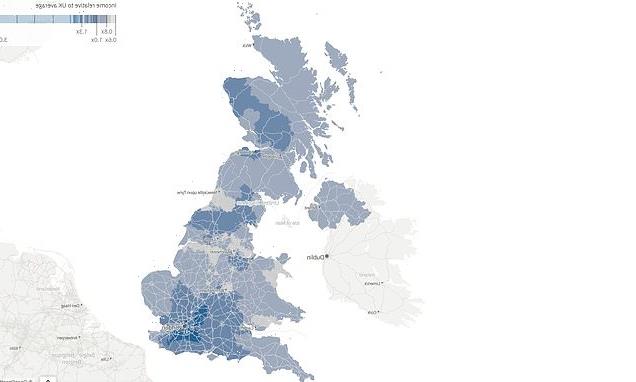 Britain’s huge income divide: Stark map shows ‘left behind’ areas where workers earn just 60% of national average and the areas where they earn TRIPLE. So how well off are people where YOU live?

The Office for National Statistics set out to local authority level the income of people across the country.

It revealed that in some areas people are earning six-tenths of the national average income, whereas in others they are earning three times it.

The map shows that the higher income areas are mainly in London and the South and South East, plus Cheshire, North Yorkshire and East Cumbria in northern England, plus Edinburgh, Aberdeen and much of Eastern Scotland.

Within London, wealth was concentrated in Kensington and Chelsea, Hammersmith and Fulham, Camden, the City and Westminster.

In contrast the lowest income areas were mainly urban areas in the Midlands, North West, North East, Yorkshire and the Humber.

At the same time the ONS released details of the rate of ‘income deprivation’, the proportion of people living in a council area who are unemployed or on a low income.

Use the drop down menu below to find out how your local area ranks within England. 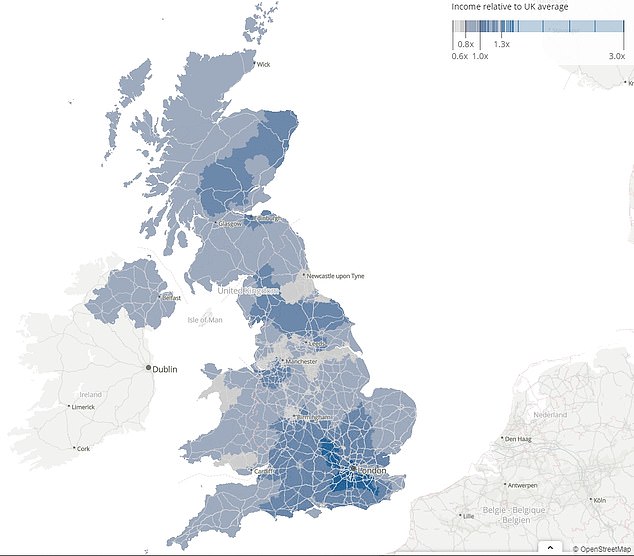 The ONS today revealed that in some areas people are earning six-tenths of the national average income, whereas in others they are earning three times it. 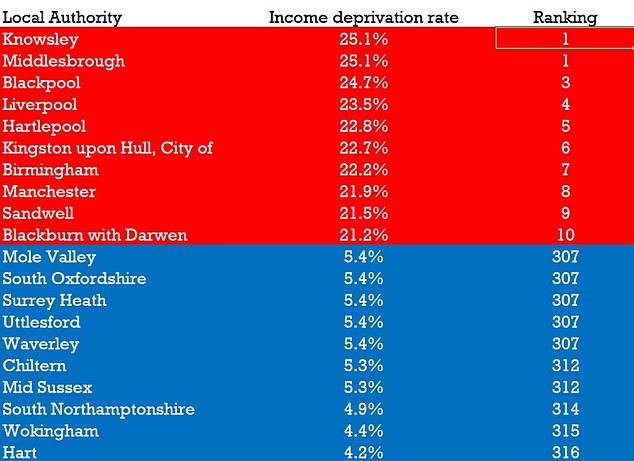 Perhaps not surprisingly the top 10 areas with the lowest income were urban areas in the North and Midlands, while the 10 with the highest income are in leafier parts of the South and East.

All the figures date from 2019, the latest period for which they are available.

At the same time the ONS mapped the UK’s productivity to show the ‘commuter effect’.

This sees large urban areas are rated as highly productive but with very low incomes compared to rural/urban areas around them because of the diffuse workforce.

But because of the commuter effect some of these low wealth areas are also shown to be highly productive, with workers in well-paid jobs commuting in from surrounding towns and suburbs.