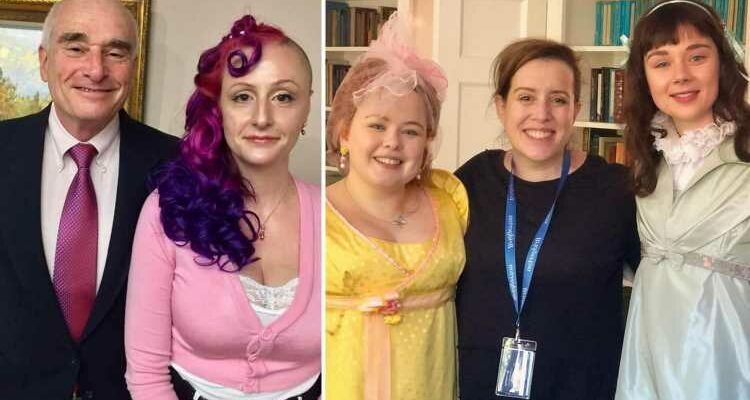 BRIDGERTON author Julia Quinn has revealed that her father and younger sister were killed by a "drunk driver" who was reportedly three times over the limit.

Multiple vehicles were reported to be involved in the accident that occurred on a highway in Davis County on June 29, cops said. 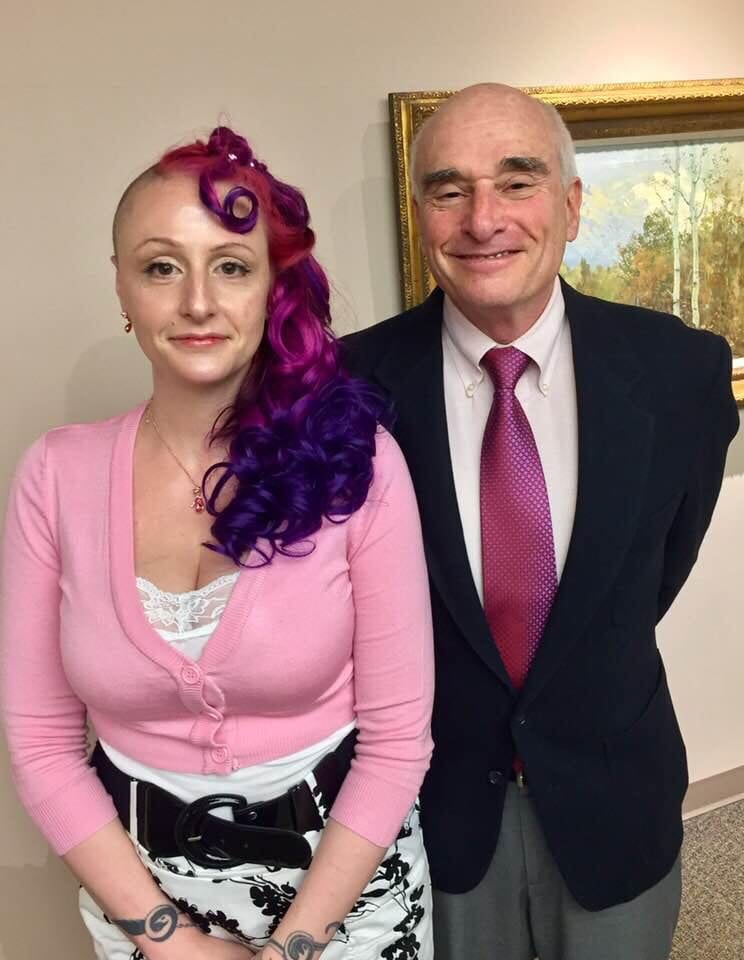 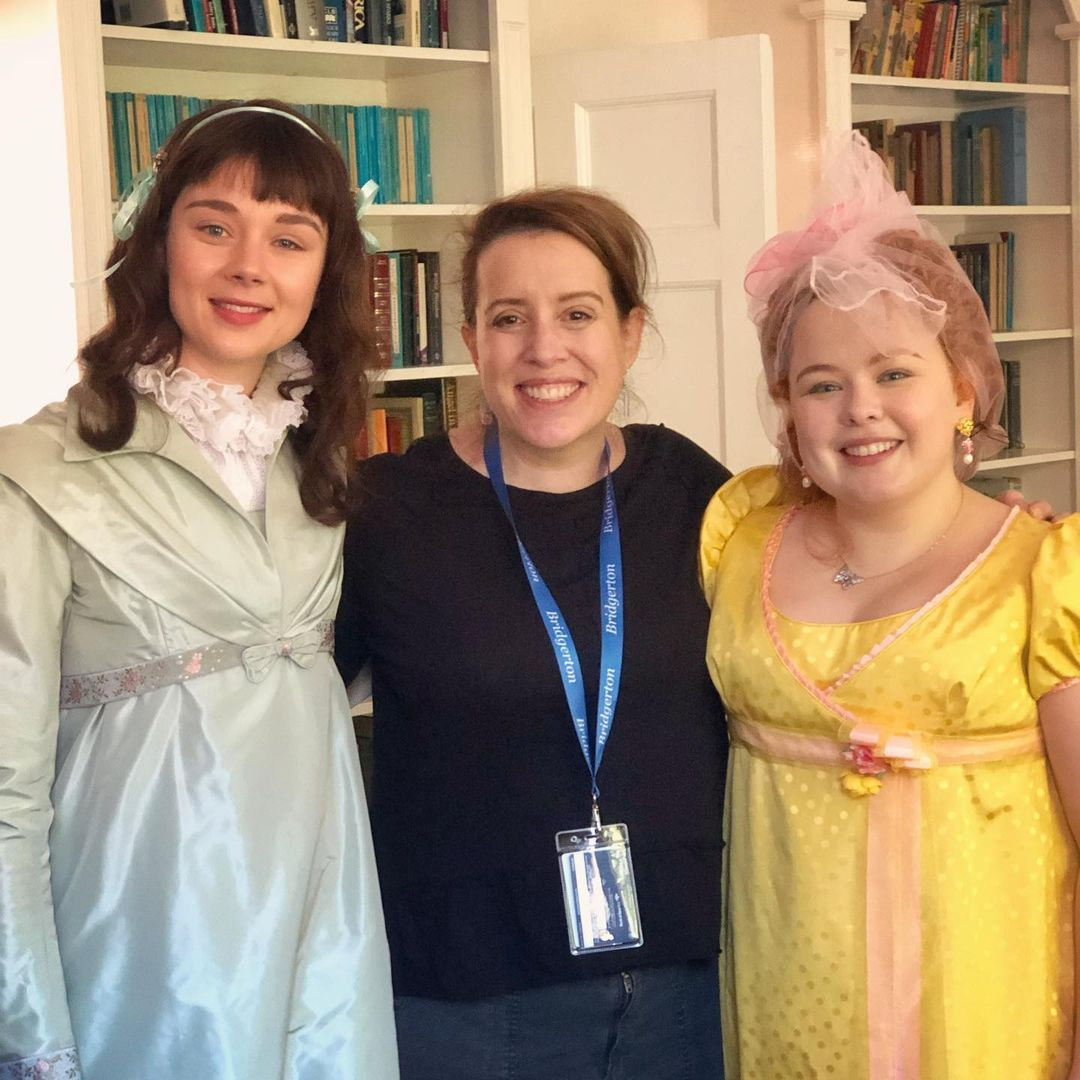 The novelist, whose real name is Julia Pottinger, posted on Facebook: “I have lost my father and my sister. Because a catering company did not secure their load and canvas bags spilled onto the highway.

“Because a pickup driver thought nothing of driving while his blood-alcohol level was nearly three times the legal limit.

“I have lost my father and I don’t have my sister with whom to grieve.”

Julia said that she had finished writing a graphic novel with her sister that was dedicated to dad Steve.

She concluded her post: "It will still be dedicated to our father. It won't be a surprise anymore, but I'd like to think he suspected we'd do it. He knew us so well. He was our dad." 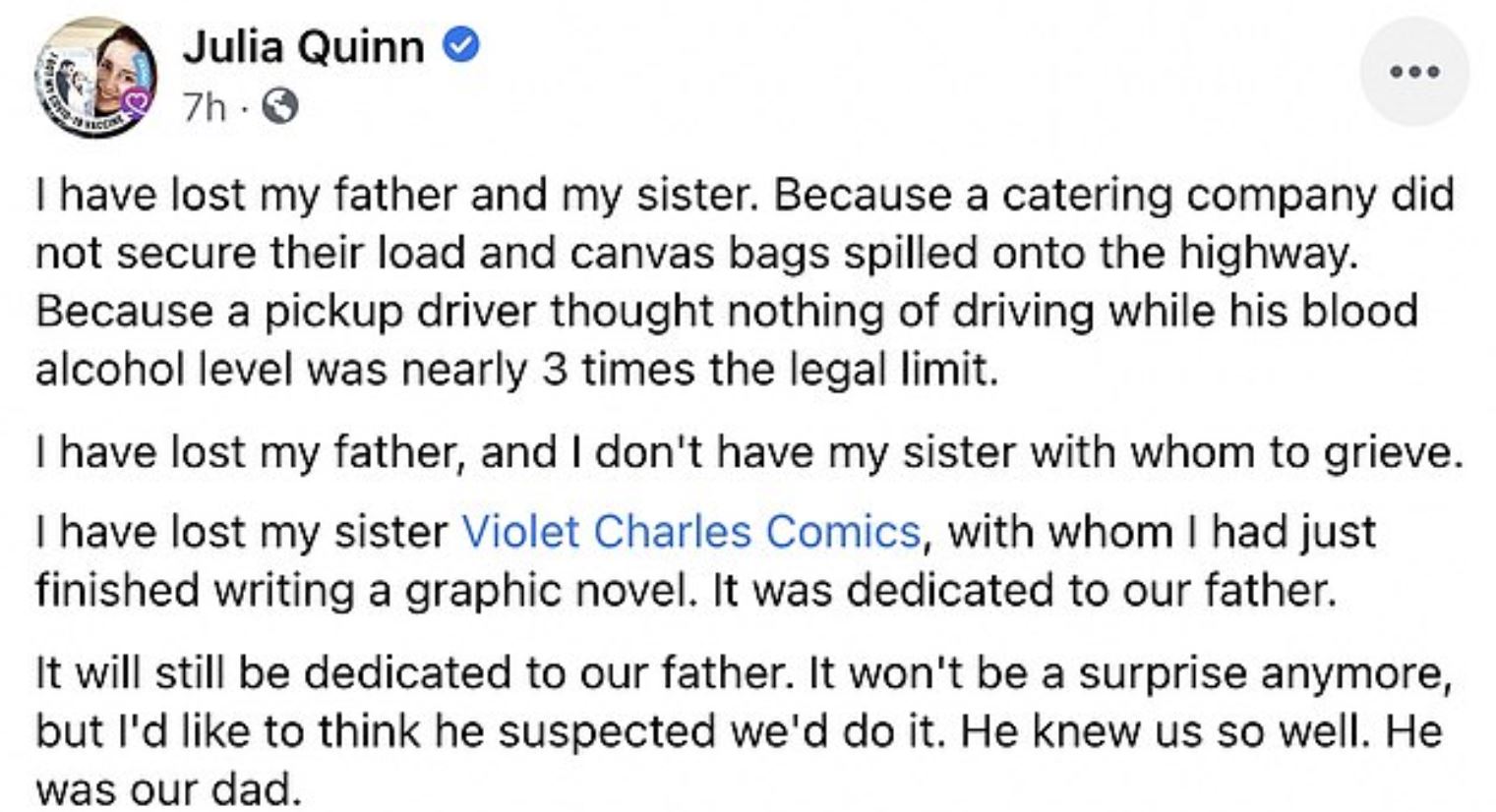 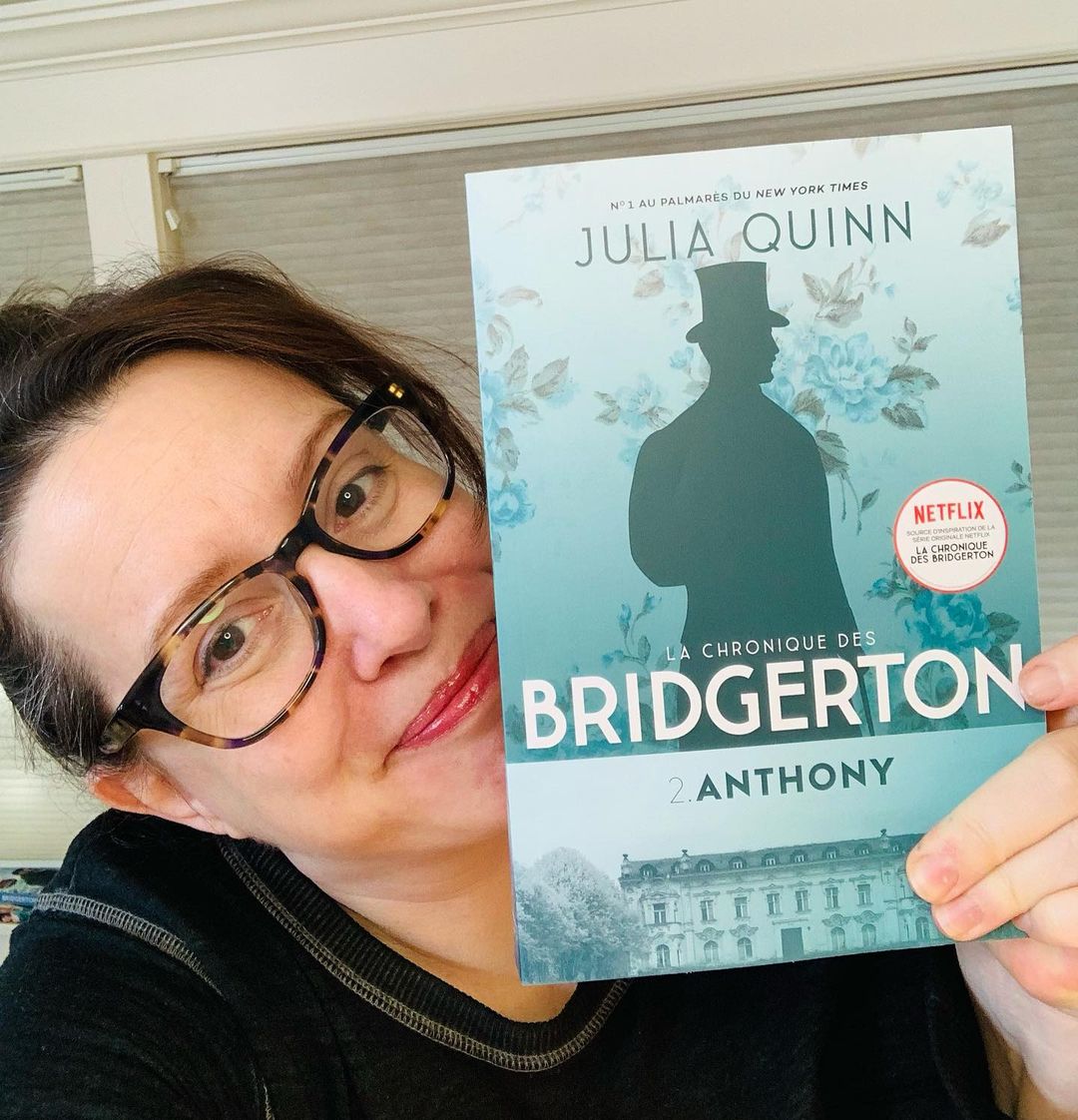 Cops confirmed that a lorry lost their load of canvas bags onto the freeway.

Another male was taken to hospital and is said to be in critical condition.

It's reported that the suspect’s blood-alcohol level testing was nearly three times the legal limit. The driver suffered from minor injuries.

Author Steve Cotler graduated from Harvard but is best known for writing the Cheesie Mack series of books.

Her sister Violet was a cartoonist and according to her Twitter profile was illustrating Miss Butterworth and the Mad Baron novel.

Julia Quinn is the author of the Bridgerton series and is a consultant on the Netflix phenomenon.

The series tells the stories of eight siblings and their widowed mother.

The stories are set in Victorian England and each sibling finds true love.

The author has sold over 10million novels throughout her career.

In January, Netflix announced that Bridgerton had become its most-watched series ever after 82million households tuned in following its release in December.

Filming for its second season is currently underway.