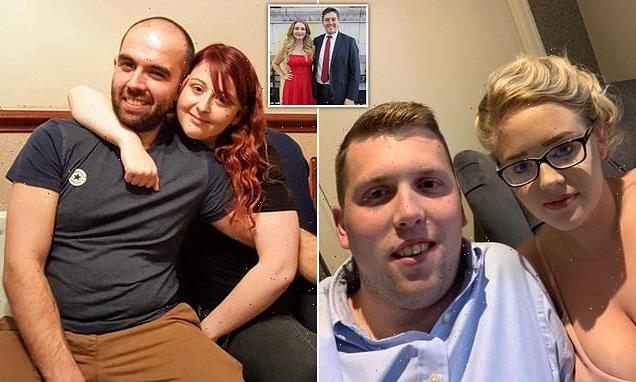 Brides-to-be have said the uncertainty surrounding wedding restrictions has left them suffering ‘countless sleepless nights’ and feeling they would be better off getting married at ‘half time in a football match’.

It has been reported that Prime Minister Boris Johnson may lift the 30-person limit on wedding receptions on June 21 – even if the easing of other lockdown restrictions is delayed amid rising coronavirus cases across the UK.

However, the continued uncertainty and lack of concrete information over what will happen has left some couples anxious and frustrated – especially as thousands of fans are being allowed into football stadiums and other sporting events.

Melissa Thorneycroft, from Walsall in the West Midlands, said the restrictions make ‘no sense’. 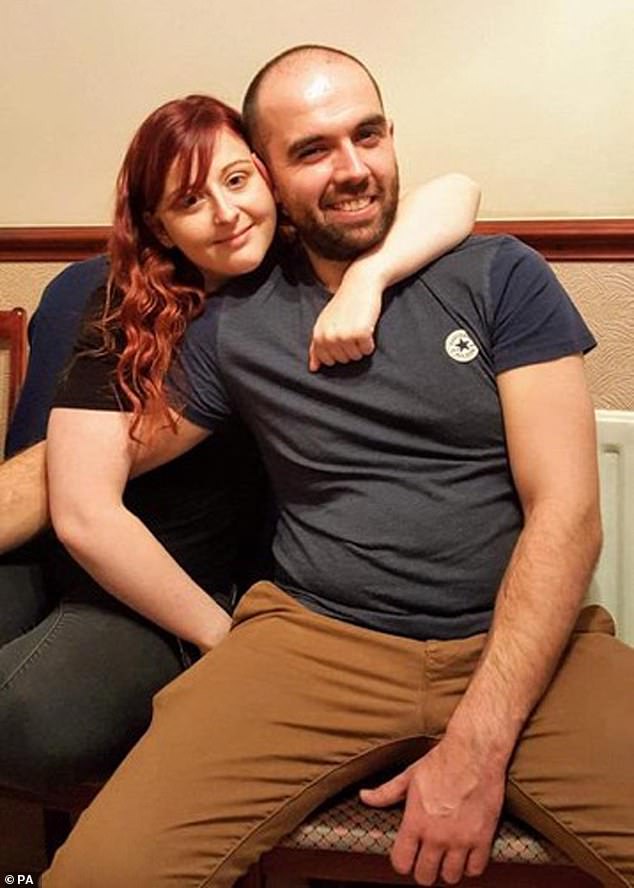 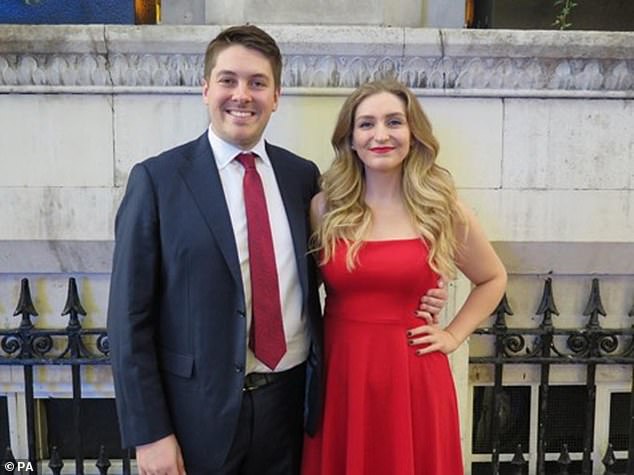 Rebecca Lee, 30, and her fiance Joe Henderson, 30, from Manchester, initially planned to get married on August 22, 2020, but have had to move the date twice to May 7 and then August 5 of this year

The 29-year-old’s wedding to Lewis Harper, a 31-year-old delivery driver, is planned for June 26 after being postponed from May 15.

‘I remember sitting and watching the Prime Minister’s announcement saying that 30 guests would come in on May 17 – I sobbed!’ the research systems and operations manager said.

‘Everything was booked at that time ready to go… I’d ordered loads of decor with the original date on, all of which has had to go in the bin.

‘We are going to have to face some hard choices if they do not remove the 30 limit.

‘If I moved my wedding to half time in a football match 4,000 could attend, it makes no sense.’

Ms Thorneycroft also noted that her venue will lose more than £2,000 of income on food and ‘even more’ on drinks if the restrictions are not lifted.

Rebecca Lee and her fiance Joe Henderson, both 30 and from Manchester, initially planned to get married on August 22, 2020 – but have had to move the date twice to May 7 and then August 5 of this year.

‘My anxiety levels are through the roof. I’ve had countless sleepless nights now with the stress of it all,’ Ms Lee, a PR director, admitted.

‘Our original wedding caterer reluctantly had to back out of servicing our wedding because his costs were just spiralling – I felt so sorry for him.’

Ms Lee said the wedding was initially planned for 100 guests during the day and then an extra 30 for the evening, but this has since been reduced to 80.

‘I’m due to pay my caterer in a couple of weeks,’ she added.

‘Do I pay them for 80 and risk losing thousands if it gets reduced to 30?’ 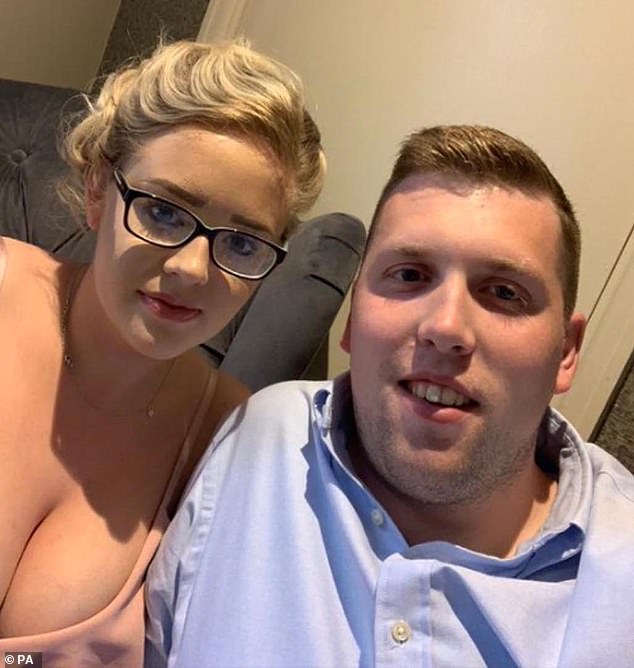 Bethanie Crane and her husband-to-be, Ben Thompson, a 29-year-old telecommunications engineer, both from North Tyneside, Newcastle upon Tyne, had planned to wed on July 11 2020 but have set a new date for July 17 this year and are worried about having to postpone again

Bethanie Crane and her husband-to-be, Ben Thompson, a 29-year-old telecommunications engineer, both from North Tyneside, Newcastle upon Tyne, had planned to wed on July 11 2020 but have set a new date for July 17 this year.

‘We have already postponed our wedding once and don’t want to do it again due to illness of close family members,’ the 26-year-old waiting list officer explained.

‘We’re worried about who we may have to cut from our numbers and the money we’re going to lose because of how late the government has left the announcement.

‘When changing the date, we lost money. Some of our suppliers were already booked for our new date too.

‘I feel if we decide to postpone again we won’t even be able to get another date with all of our same suppliers for at least 18 months.’

It comes as sources claimed Boris Johnson could implement a ‘mix and match’ unlocking on Freedom Day, with face masks, work from home guidance and the rule of six indoors likely to still be mandatory after June 21 but the 30-guest cap on weddings dropped.

Officials are working to find a solution that ‘pleases the PM’s instincts’, according to one minister, but the hybrid approach would be ‘very difficult’ to put in place. It could include lifting the current 30-person limit on weddings and receptions and allowing far greater crowds to attend ceremonies, bringing it in line with the Government’s policy on funerals.

Bar mitzvahs and christenings are also set to be boosted under the proposals and while socially distanced tables would not be required, guests may be urged to be ‘cautious’ about contact with other households, reports the Times.

Current guidelines suggest those attending bashes only participate in the first dance and wear masks at all times unless eating or drinking but under the new rules, people will be advised to assess the risk of hugging others themselves.

A government source said: ‘It’s been tough on the sector. If you’ve got stadiums full of people, why can’t weddings go ahead with more than 30 people?’