After the most bruising week yet of Theresa May’s embattled premiership, she survived the closest attempt yet to oust her from power.

The United Kingdom prime minister now faces looming challenges in the coming months — both from the British Parliament and the European Union.

May’s ruling Conservative Party doesn’t have a majority in the House of Commons and relies on votes from a minor party to keep it in government. So the looming vote on her Brexit deal is looking incredibly perilous for her. 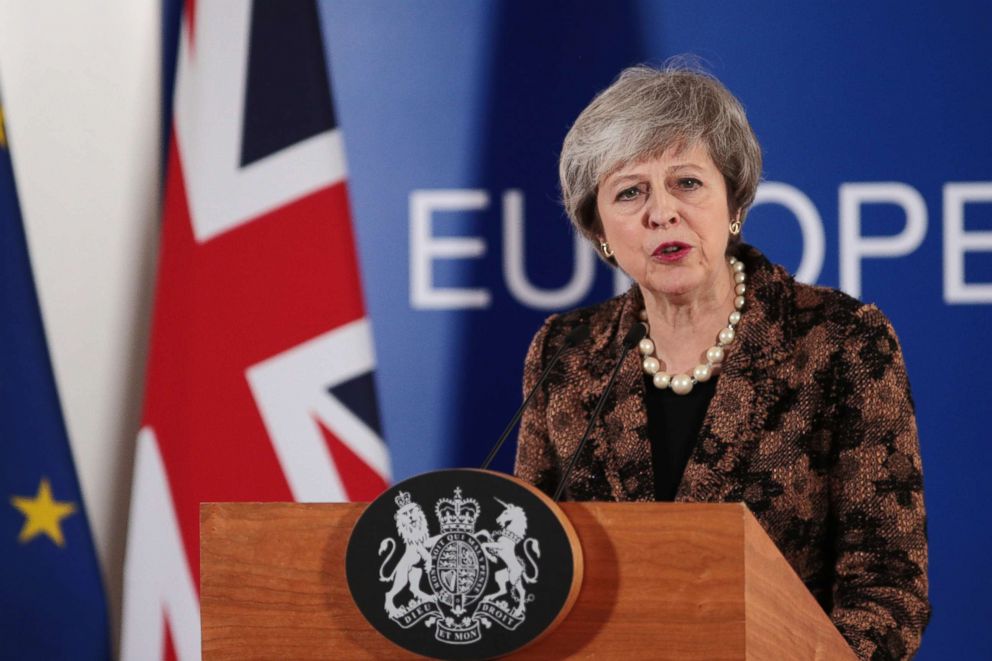 As May was working ’round the clock to put out as many political fires as she could, there were similar political crises erupting across the English Channel.

Much like May, Emmanuel Macron faces a critical few months leading into March. When Britain is scheduled to leave the E.U. — with or without a deal, unless Parliament extends or does away with a March 29 deadline — France’s president also has a spring deadline to grapple with.

In the wake of five straight weekends of at times violent protests by the amorphous Yellow Vest — or the Gilet Jaunes — movement, France’s spending and finances will come under scrutiny early next year. The challenge for Macron, who conceded to some of the movement’s demands earlier this month, is to improve his constituents’ quality of life without crippling the public purse.

These two vast political challenges are converging simultaneously for the leaders of two of the E.U.’s biggest economies. May and Macron also have to maneuver increasingly Eurosceptic constituents within its bloc; stresses on its economy as one of its biggest surplus contributors in the U.K. withdraws and Italy, Greece and others continue to ail; and the geopolitical relationships with Iran, Russia, China and, of course, President Trump and the United States.

For May, the U.K. is scheduled to leave the European Union in March, but Parliament must pass her deal before then. So the British leader is on a last-minute push with the E.U. for final concessions that will get the House of Commons on board.

But her problems don’t stop there: Even if Parliament passes the first stage of the Brexit vote, it will be followed soon after by a bill with many amendments that will need to be debated and agreed upon by a House that is no longer divided by party, but instead into several factions that cross traditional lines.

The Conservatives are engaged in bitter infighting between MPs, who want to retain many links with the E.U. on trade and policy, and a hardline group led by the European Research Group (ERG), which led the no-confidence vote last week.

The ERG wants a “hard Brexit” –- leaving the E.U. and most of its institutions.

The Labour Party has its own mix of so-called Brexiteers and Remainers, but leader Jeremy Corbyn, a longstanding Eurosceptic, is so far resisting calls from his party to push for another referendum on remaining in the E.U.

Meanwhile, the DUP, a Northern Irish party which May relies on for votes to stay in power, is bitterly opposed to her deal and are threatening to vote against her bill. 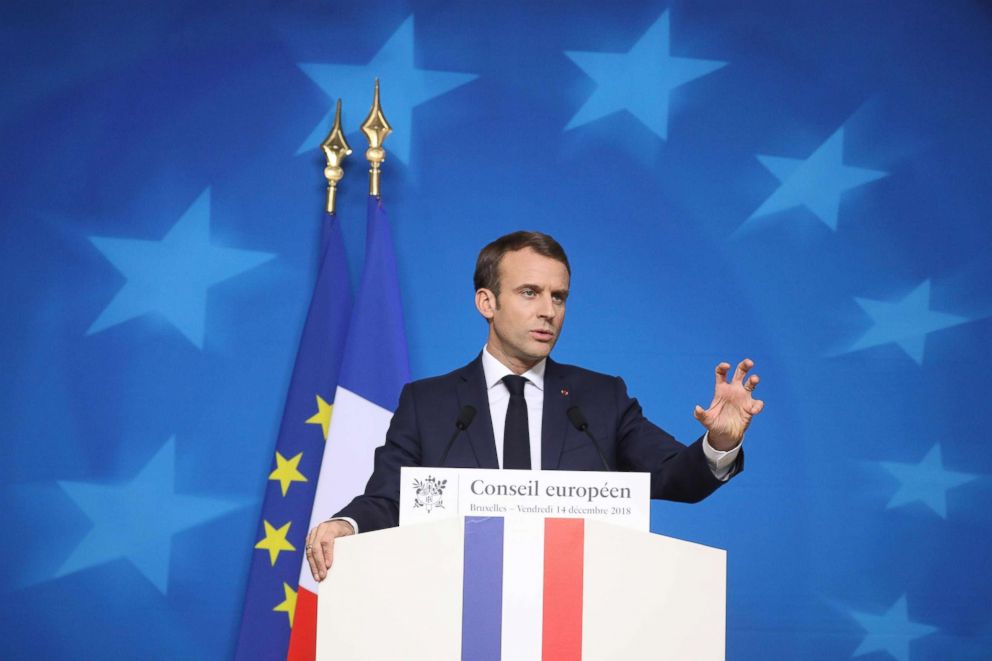 In France, it seems like a long time ago since Emmanuel Macron’s meteoric rise from political anonymity to becoming the youngest president in the country’s history. Since then, public opinion in his leadership has plummeted.

He ran a campaign on reforming France’s public finances and soon after his election, he wasted little time in putting his overhauls into place.

But in November, the Yellow Vest movement went from chatter and frustration on social media to hundreds of thousands of protesters hitting the streets, including in Paris. The demonstrations at times became violent, caused injuries and stretched France’s police forces — not to mention created a political headache for Macron. 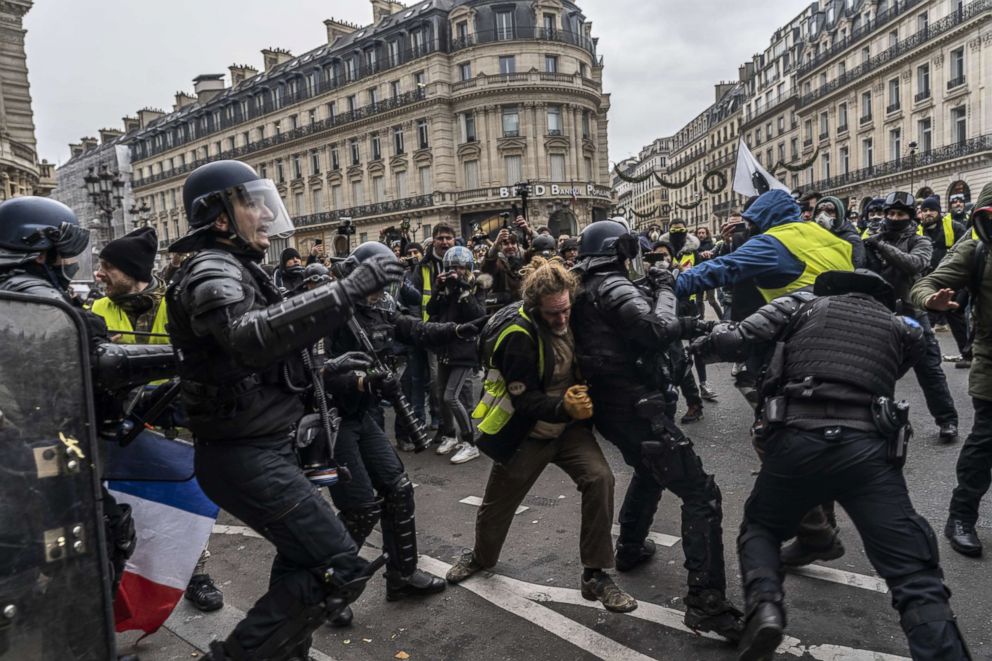 Protests are a part of France’s social DNA, but the nature of the gilet jaunes is different. These are decentralized crowds grown on social media groups who are leaderless, disparate and have confounded the political establishment.

They have succeeded in grinding central Paris to a halt and closing hundreds of businesses in the weekends leading up to Christmas. But there is no real leadership for the government to interact with, and the protesters have an array of varying demands.

The protests — which began over a fuel tax and evolved into a wider call to help France’s middle-class with day-to-day financial struggles — forced Macron’s hand. Earlier this month, he announced 10 billion euros of additional funding and measures to raise the national minimum wage in an attempt to stave off further protests and meet some of the protesters’ demands.

The concessions come as the E.U. this spring is scheduled to assess France’s spending and finances. And the commitment of funds to help the country’s middle class could help push France’s deficit over E.U. limits above 3 percent.

Prime Minister Edouarde Philippe admitted in an interview Sunday that the deficit is likely to hit 3.2 percent next year.

Following Macron’s announcement, France — along with Romania — is now projected to have the largest deficit in all of Europe next year.

The move to increase public spending is also an embarrassing U-turn for a president who marketed himself as being the man who would finally reform France’s expensive and problematic social welfare and labor system.

Unions in France have a unique role in labor policy. Along with business lobbies, unions enjoy statutory powers at the heart of social policy in France.

Management in companies with more than 50 workers must consult with union delegates on all aspects of health and social security. On a national level, trade unions are influential in welfare and social policy through consultations with the Ministry of Labor.

It is this system of influence that Macron wants to overhaul. Shortly after the election, Macron announced he was taking on the Code du Travail, which sets the rules for working life in France. He also wants to curb the power of unions and fix the social welfare system.

These are all sacred cows in French political life, however, and previous presidents have failed to reform them. Many leaders have incurred steep political cost with their attempts.

The political risks and pitfalls — happening in the context of fast-approaching deadlines — sound familiar to what May is facing in England, and trying to survive.

The strength of the E.U. has never been thus tested, and will be increasingly judged on how well May and Macron overcome these hurdles.