A Brazilian man won’t be playing around with alligators any time soon.

Ernandes Machado is lucky to have escaped with just a couple of minor injuries to his hand after his unfortunate encounter with the dangerous reptile.

Machado tried to capture the alligator that was out for a stroll in the middle of the street in the municipality of Central in northeastern Brazil on Sunday afternoon, before residents came to his aid. 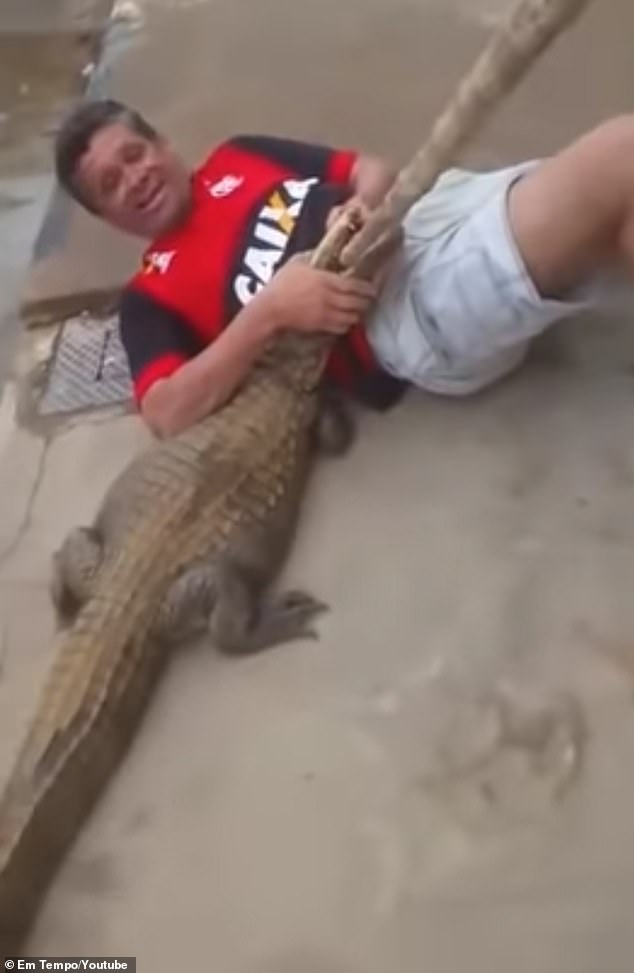 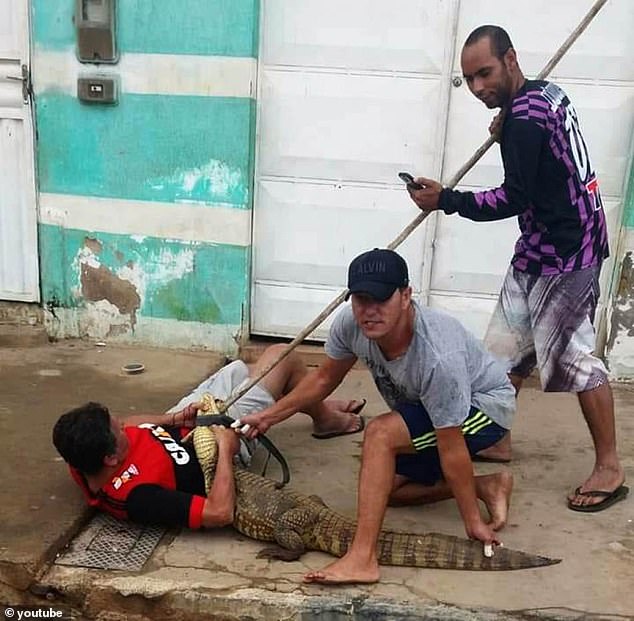 In the viral video, Machado could be seen laying on his back on a sidewalk while he fights to open the alligator’s mouth close after it had bitten his left hand, according to Brazilian news outlet Em Tempo.

A villager can be seen attempting to immobilize the animal by jabbing a long piece of wood into its mouth. 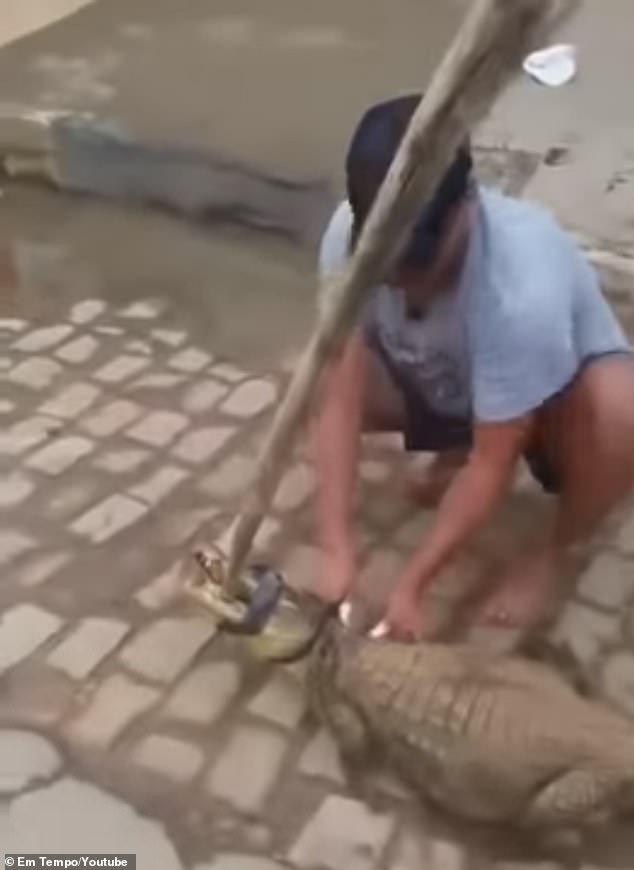 A short while thereafter, another person, who was documenting the dramatic scene, assists the pair by maintaining control of the wood while the man uses a rope to tie up the alligator’s mouth.

Machado keeps his hands steady over the reptile’s mouth, fully aware that letting go of it could lead to a life threatening attack.

Globo reported the alligator was later taken to a pond.

Residents said it wasn’t the first time an alligator had been seen in the streets of Central.