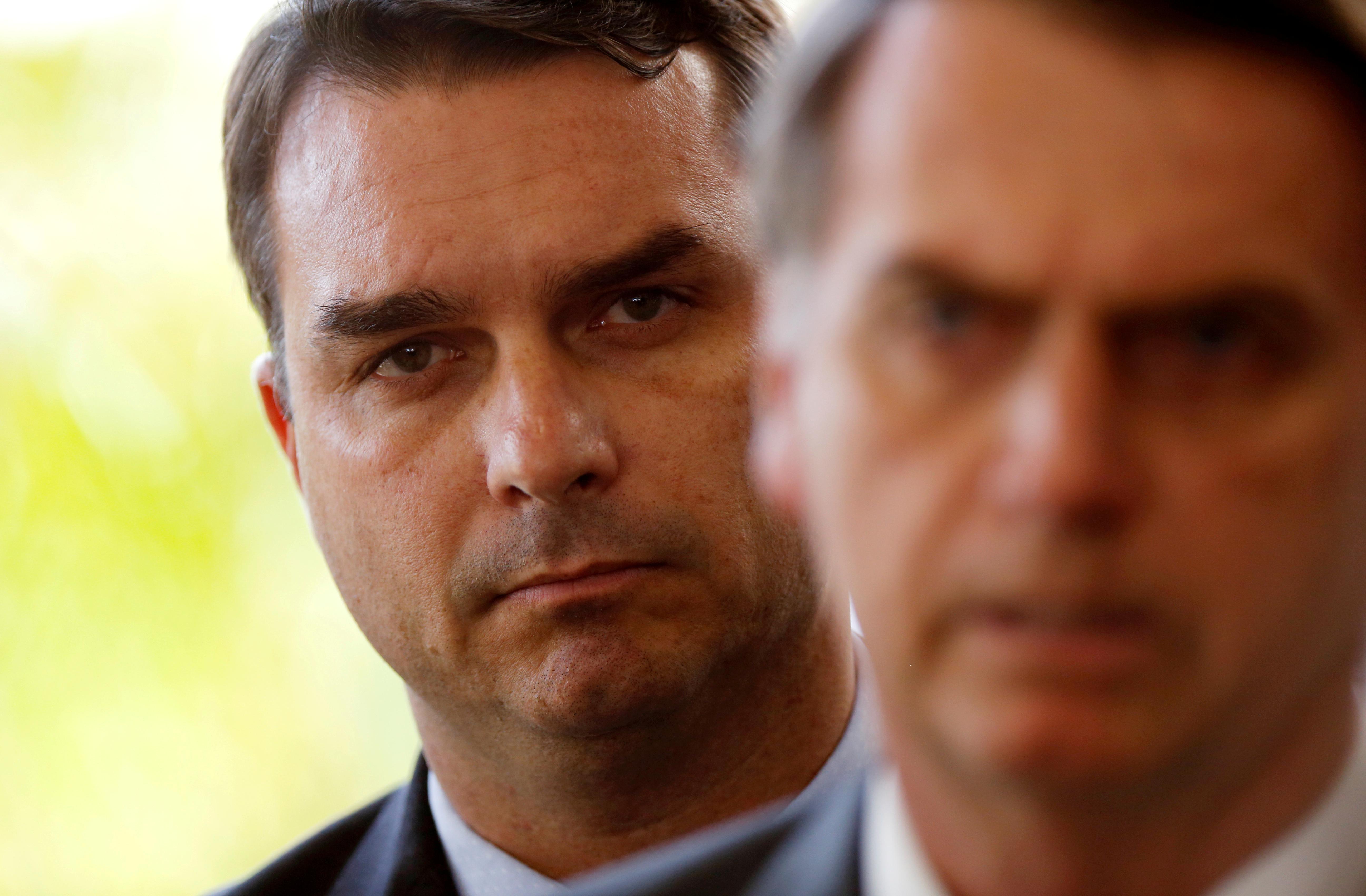 In his decision revoking an earlier injunction blocking the probe, Justice Marco Aurelio Mello also ruled that the immunity from prosecution that top elected officials enjoy should not apply to the investigation. Mello said the alleged crimes were committed before he took office as a federal lawmaker.

The decision to reopen the investigation is a blow to Jair Bolsonaro, who surged to victory on a promise to clean up years of graft-stained political dealmaking.

The Supreme Court decision, which can be overturned at a later date by the full panel of justices if Bolsonaro appeals, comes on the same day Flavio is sworn in as a senator, and as Brazil’s new class of federal lawmakers begin the 2019 session.

The case has overshadowed Bolsonaro’s first weeks in office and shined an unflattering light on the family’s long history in the rough-and-tumble world of Rio de Janeiro politics.

The case threatens to weaken Bolsonaro’s hand in Congress as he seeks to deliver an ambitious legislative plan to open up Brazil’s economy, push through complex pension reform and enact a socially conservative, law-and-order agenda.

The earlier Supreme Court decision to shelve the case came after Flavio Bolsonaro’s lawyers asked it to suspend a probe into suspicious payments to his former driver, Fabricio Queiroz.

Flavio’s lawyers argued that as a senator-elect he enjoyed certain legal protections – including that any case involving him should only be decided by the top court.

The court’s previous decision was widely criticized and gave ammunition to critics who noted that Bolsonaro and his politician sons have railed against the immunity from prosecution that politicians enjoy – and that Flavio invoked.

The matter arose in December when the Council for Financial Activities Control (COAF) identified 1.2 million reais ($305,000) that flowed through the bank account of Queiroz in 2016-17. Some payments were made to the president’s wife, Michelle.

Jair Bolsonaro has said that Queiroz was repaying a personal loan to Michelle. Flavio Bolsonaro, his father and Queiroz have all said they are innocent of any crime.

However, COAF later went on to identify cash transfers worth almost 100,000 reais ($26,665) that were deposited over the course of a month into Flavio’s account, according to a television news report.

They were part of a payment for an apartment he sold, Flavio Bolsonaro said in a TV interview, but he did not clarify why the deposit had been made in such a way as to hide the origin.

Later, Flavio claimed he was the target of a “defamatory campaign” after news outlets reported that he employed the mother and wife of a fugitive former policeman accused of running a criminal organization.

“Should any evidence become available against my son, he will be punished like anyone else and serve his penalty,” Jair Bolsonaro told the Washington Post in an interview last month.