More than a dozen alleged gang members have reportedly been ‘executed’ by Brazilian police in Rio de Janeiro.

At least 13 people died during what was first reported as a shootout between armed gangs and police in several favelas in downtown Rio de Janeiro on Friday.

However, family members and locals claim many of the victims were unarmed and had already surrendered to police when they were killed. 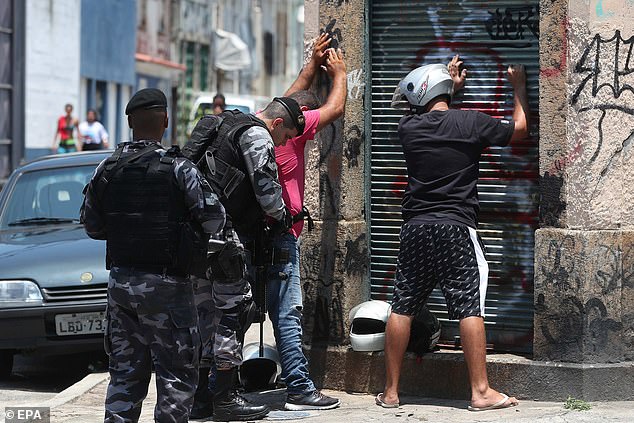 At least 13 people were killed during police action in Rio de Janeiro on Friday, pictured,  with authorities claiming it was a shootout – and locals say police ‘executed’ gang members

Residents say that while a majority of the victims were members of local drug-dealing gangs, at least one was a 16-year-old boy with ties to criminal organisations.

‘Nothing justifies this,’ Roberta Jeronimo, 23, whose 26-year-old brother Carlos was one of the gang members killed, told The Guardian.

‘They had surrendered. The police preferred to execute them.’

A mother of two of those killed, a 22-year-old gang members and his brother, 16, whom she says had no links to criminal activity, claims her sons were tortured.

This comes just weeks after the newly elected state governor said police officers had been authorised to ‘shoot and kill’ criminals armed with rifles. 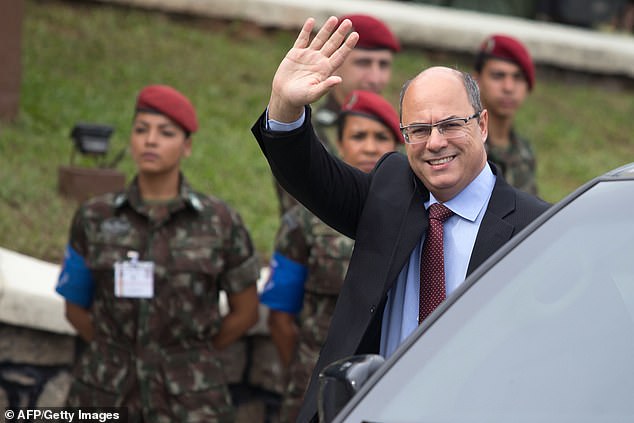 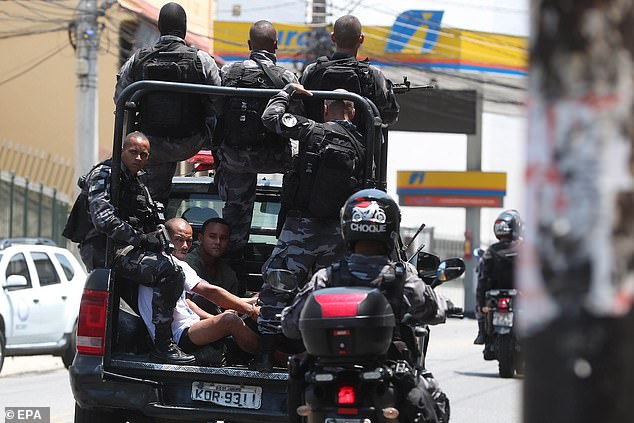 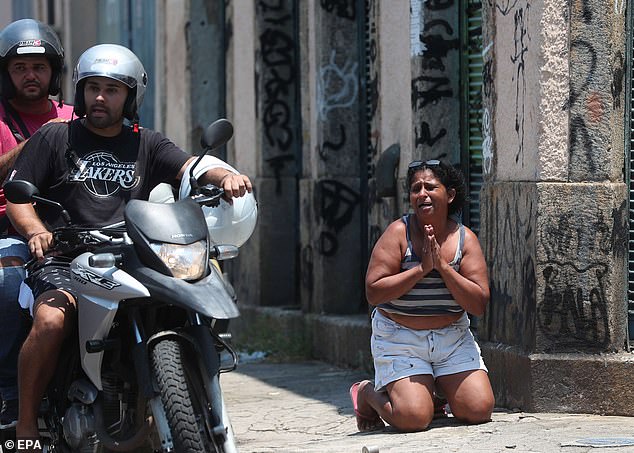 A woman kneels in the middle of a police operation that resulted in a shooting, in Rio de Janeiro, Brazil, on Friday

In his swearing-in speech on New Year’s Day, he said that drug dealers would ‘be treated like terrorists.’

‘Armed criminals have taken over and dominated portions of our territory, causing disgrace and disorder.

‘I will not allow this “parallel power” to continue,’ he said in the speech.

The 63-year-old , who was discharged from hospital on Wednesday after recovering from his third surgery since he was stabbed last year during campaign, was elected last year promising, among other things, to fight rising crime and prison gangs.

On the day he left hospital, Bolsonaro signed a decree that authorises the use of federal forces in prisons to deal with any potential riots.