This is the remarkable moment rescuers breathe a sigh of relief after a five-year-old boy is pulled alive from a 100ft deep well in India.

Pradeep fell into the well as he was picking fruit from a tree near his village in Mathura in Northern india.

His friends saw him fall into the well and alerted his family who called local authorities.

A team from the National Disaster Rescue Force (NDRF) were sent to the spot while a team of doctors provided an oxygen supply to the stricken boy.

The rescue team lowered a camera and found that Pradeep was conscious and responding to their instructions.

They then dropped a rope and managed to loop it around his legs. 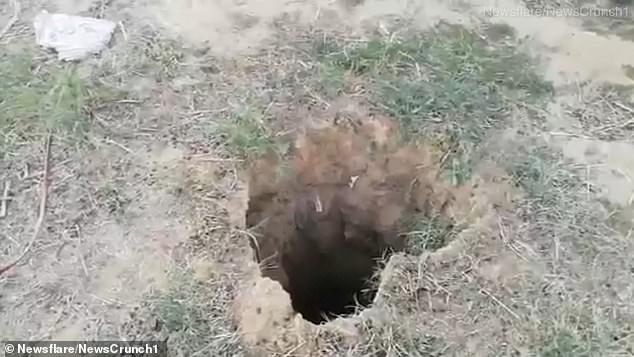 The hole that Pradeep fell into while picking fruit from a nearby tree, spending nine hours in darkness 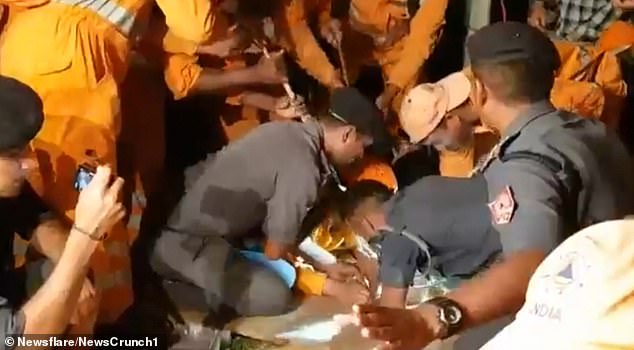 The boy emerges and rescuers NDRF, dressed in orange, cheer as he appears unharmed 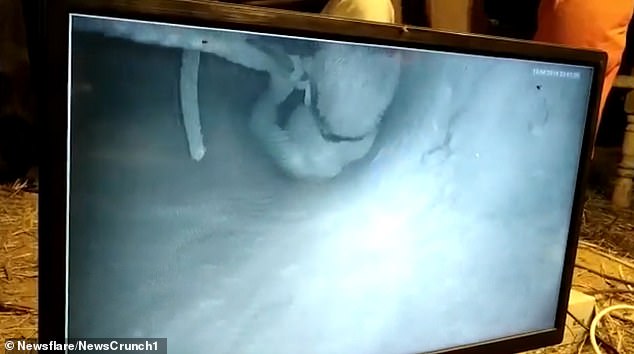 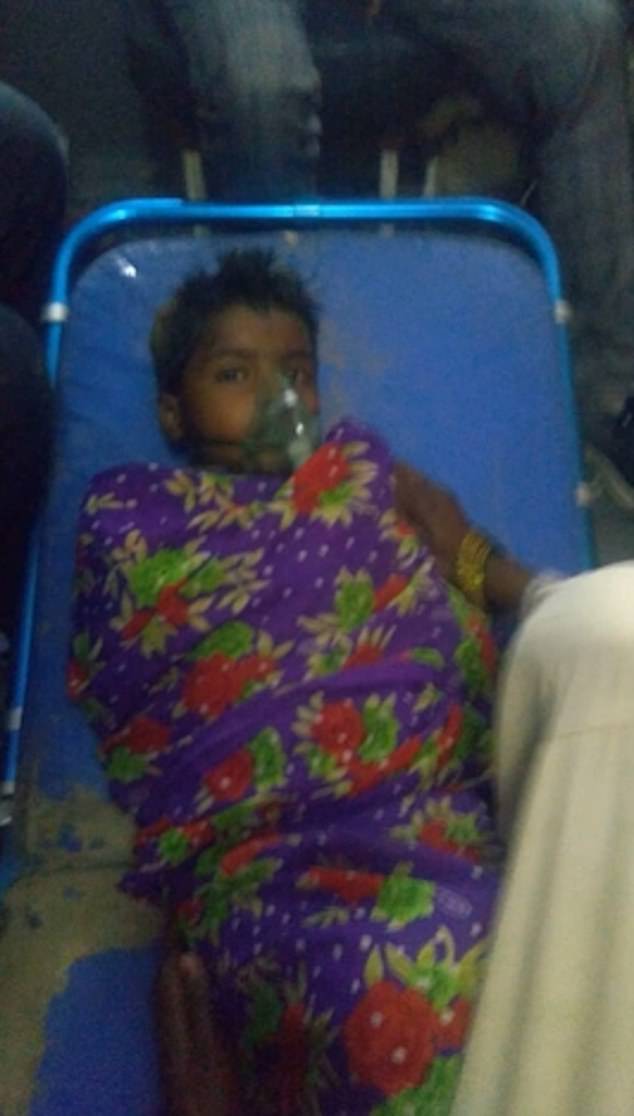 The end of the video features a picture of the boy recuperating in hospital, he is believed to have made a full recovery

As Pradeep held on to the rope, they eventually pulled him to the surface, nine hours after he fell into the well.

Chief Medical Officer of Mathura, Sher Singh, said: ‘The boy is in good health. But we will keep him under observation for a day and then send him home.’

Rescuers and onlookers can be heard cheering as the boy emerges from the well, looking well considering his time spent in the pitch black well.