THIS amazing 'optical illusion' shows a boy getting so close to a lion at the zoo that he looks like he is in the enclosure with the big cat.

Noah Moore, four, fell in love with Bailey the lion during a trip to Colchester Zoo, in Essex, last week. 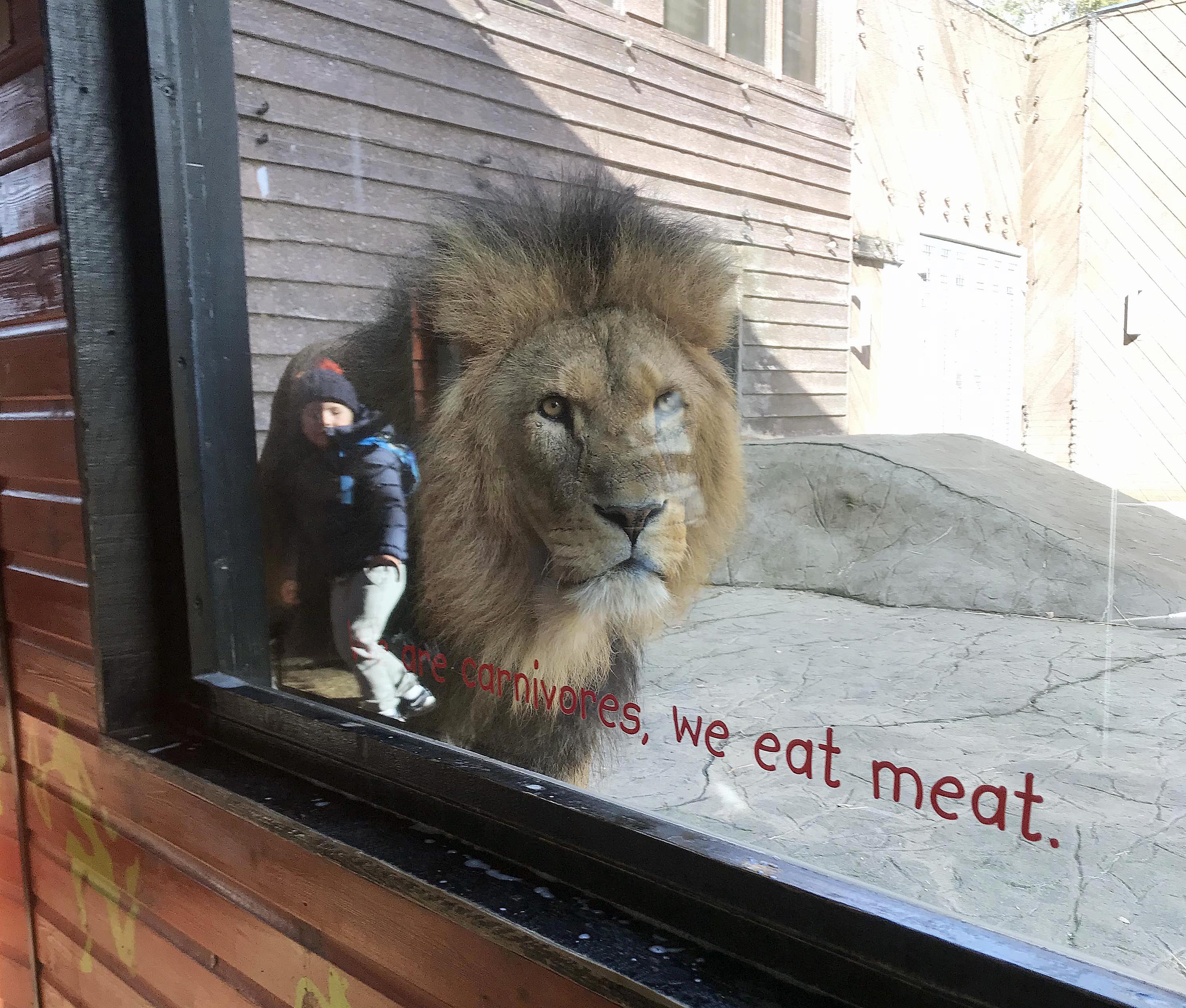 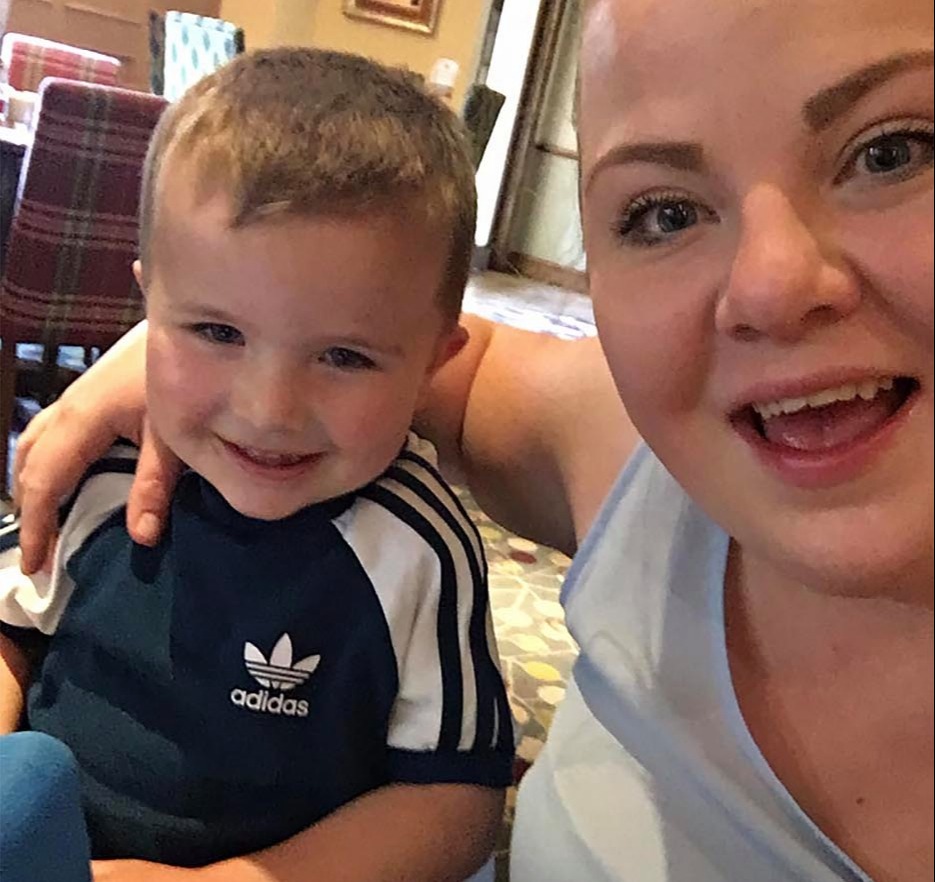 Mum Shanice, 28, was snapping photos of her boy enjoying a day out.

Shanice, who works at Addenbrookes Hospital in Cambridge, only meant to take a picture of Bailey the lion.

She didn't didn't realise Noah's reflection was on the glass.

The cleverly-framed photo makes it look like Noah is behind the glass all snuggled up against the lion's mane.

The words "we eat meat" are also scrawled on the glass – making the photo even funnier.

The mum said: "I just couldn't believe it when I saw the picture.

"I shared it on Facebook after I spotted it, and had people asking me whether I had done any Photoshop on it.

"But I'm rubbish with technology – I don't even think with Photoshop I could have done a better job than what I did.

"I had just been snapping away on my iPhone 7, trying to get some pictures of Noah looking at the lion.

"The zoo said it's quite rare for that particular lion to come right up to the window like that. It was awesome."

And Shanice said that the moment was made extra-special because of how her autistic son reacted when he saw the lion.

She said: "He's quite severely autistic, and he's non-verbal, so he's never really engaged with any of the animals on the few occasions we've been to the zoo.

"But on this occasion, it was the first time he's been really engaged at the zoo.

"He was staring at the lion for ages, and because we've got a pet cat at home, he actually said 'kitty-kat' – which was amazing and very emotional for me.

"I think the lions must be his new favourite animal."

Shanice said she has now had the photo framed. 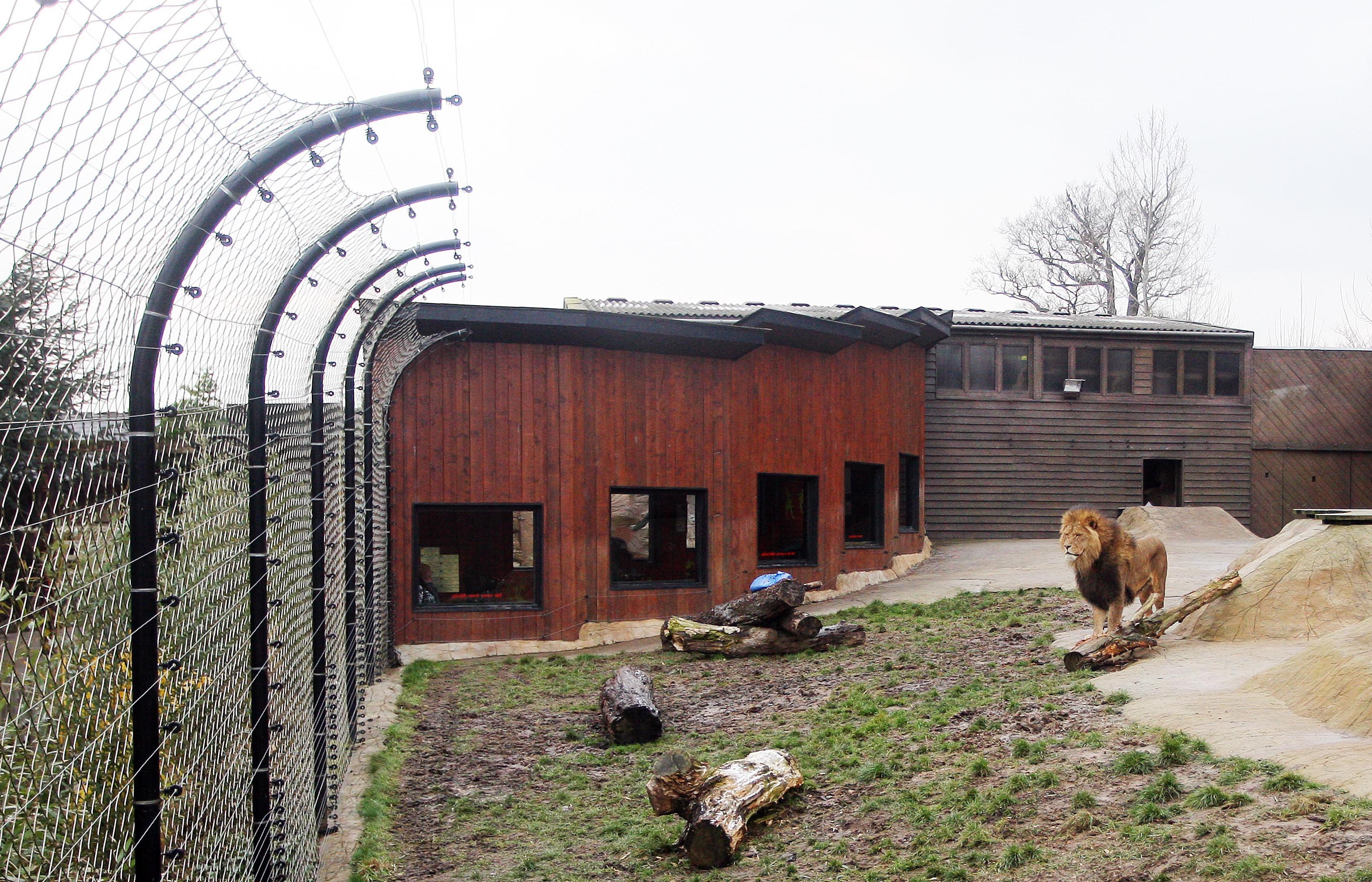