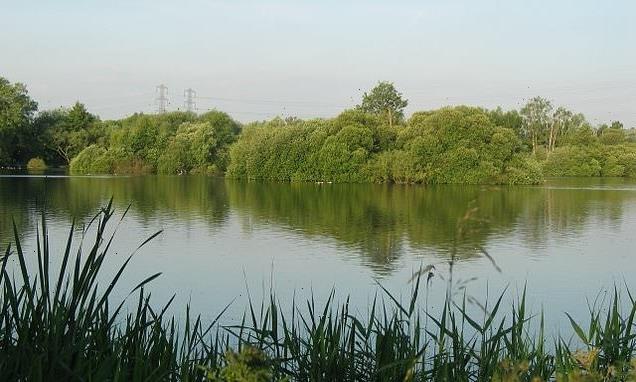 Boy, 14, dies after getting into difficulty in a lake during scorching temperatures as Britain is hit by another heatwave

A 14-year-old boy has died after getting into difficulty in a lake in Cheshunt during scorching temperatures.

Hertfordshire Police said officers were called to North Met Lake, off Cadmore Lane, Cheshunt, at 5pm on Monday, to reports the boy had not resurfaced after being in the water.

The youngster is one of several people to have drowned this summer, including at least seven teenage boys, as the sweltering heat drives more and more to seek refuge in sometimes perilous waters.

Police, the Fire and Rescue Service and the East of England Ambulance Service rushed to the scene.

Emergency Services carried out searches of the area, including the use of the police helicopter and specialist police divers.

Hertfordshire Constabulary said a body was recovered hours later just before 11pm last night. Formal identification is yet to take place, however, the boy’s next of kin have been informed, the force added.

It comes as the UK braces for days of extreme temperatures in the latest heatwave, as millions more people face a hosepipe ban in the coming weeks. 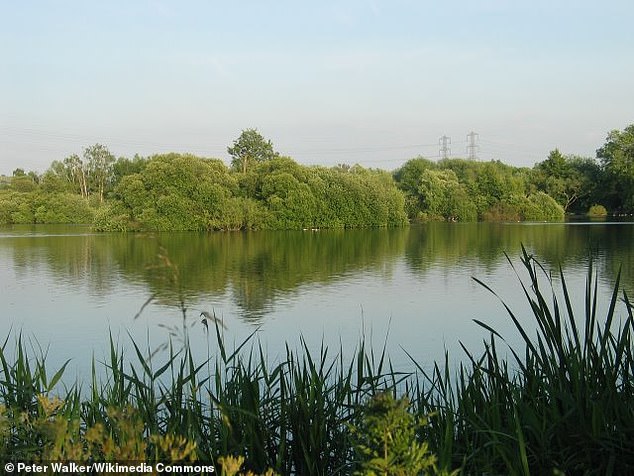 Hertfordshire Police said officers were called to North Met Lake, off Cadmore Lane, Cheshunt, at 5pm on Monday, to reports the boy had not resurfaced after being in the water 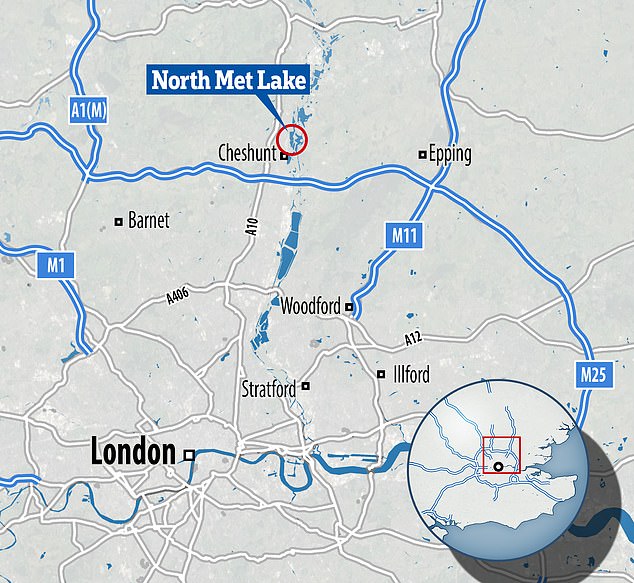 This map shows the location of North Met Lake in Cheshunt

The Met Office has issued a four-day amber warning for extreme heat in parts of England and Wales for Thursday to Sunday, with temperatures set to climb to 35C or even 36C in some places.

The vulnerable are likely to experience adverse health effects and the wider population could also be affected, delays to travel are possible and there is an increased risk of water accidents and fires as more people head to tourist spots.

The UK Health Security Agency has extended its level three heat health alert covering southern and central England from noon on Tuesday until 11pm on Sunday, with experts advising people to look out for those who are older or with existing health conditions, as well as young children.

Temperatures are not set to be as extreme as those in July which smashed records when the thermometer climbed to above 40C in some areas in the UK for the first time.

Climate change is making heatwaves more intense, frequent and likely, with last month’s record temperatures made at least 10 times more likely because of global warming and ‘virtually impossible’ without it, research shows.

Scientists also warn the likelihood of droughts occurring is becoming higher due to climate change, driven by greenhouse gas emissions from burning fossil fuels and other human activities. 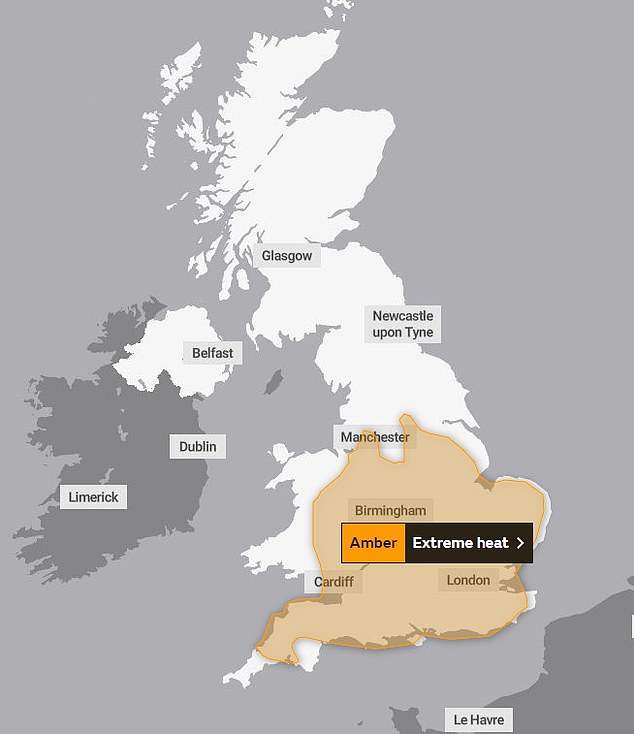 Thames Water, which supplies water to 15 million customers across London and the Thames Valley, became the latest water company to signal it will bring in a hosepipe ban in the face of the hot, dry summer.

The water company said: ‘Given the long-term forecast of dry weather and another forecast of very hot temperatures coming this week, we are planning to announce a temporary use ban in the coming weeks.’

It urged customers to only use what they need for their essential use.

South East Water and Southern Water have already announced hosepipe bans – after the driest first half of the year since 1976 saw south east England clocking up 144 days with little or no rain so far in 2022.

The dry conditions, combined with last month’s record-breaking heatwave, have depleted rivers, reservoirs and aquifers and dried up soils, hitting agriculture, water supplies and wildlife and raising the risk of wildfires.

The latest analysis from the UK Centre for Ecology and Hydrology (CEH) warns river flows are set to remain exceptionally low in central, southern and eastern England until October.

Groundwater levels in southern England and South Wales will be below normal and exceptionally low in some areas for the next three months, the assessment said.

Several inches of extra rain, in addition to what would normally be expected, is needed to overcome the dry conditions in parts of southern England.

There was no immediate sign of rain in the latest forecast from the Met Office.

Met Office deputy chief meteorologist Dan Rudman said: ‘With high pressure dominant this week, any showers this week will be contained to the far northwest, and even here they will be short-lived in nature.

‘Further south, which has seen little rain for some time now, it will continue dry through the week providing no relief for parched land, especially in the southeast.’

Temperatures are likely to rise into the low to mid-30s in the next few days in the area covered by the Met Office amber warning.

Outside the warning area, heatwave thresholds – which are met at different temperatures in different parts of the country – are still likely to be met for much of the UK, with temperatures widely into the high 20s and a chance of a few spots seeing temperatures into the low 30s.

Scotland and Northern Ireland will also see temperatures into the high 20s and could reach official heatwave criteria by Friday.

As high temperatures combine with the lack of rain to leave the countryside, parks and gardens tinder-dry, households in some areas are being urged not to fires or have barbecues, and there are calls on retailers to halt the sale of disposable barbecues.

The Met Office’s fire severity index, an assessment of how severe a fire could become if one were to start, is very high for most of England and Wales, and will reach ‘exceptional’ for a swathe of England by the weekend.