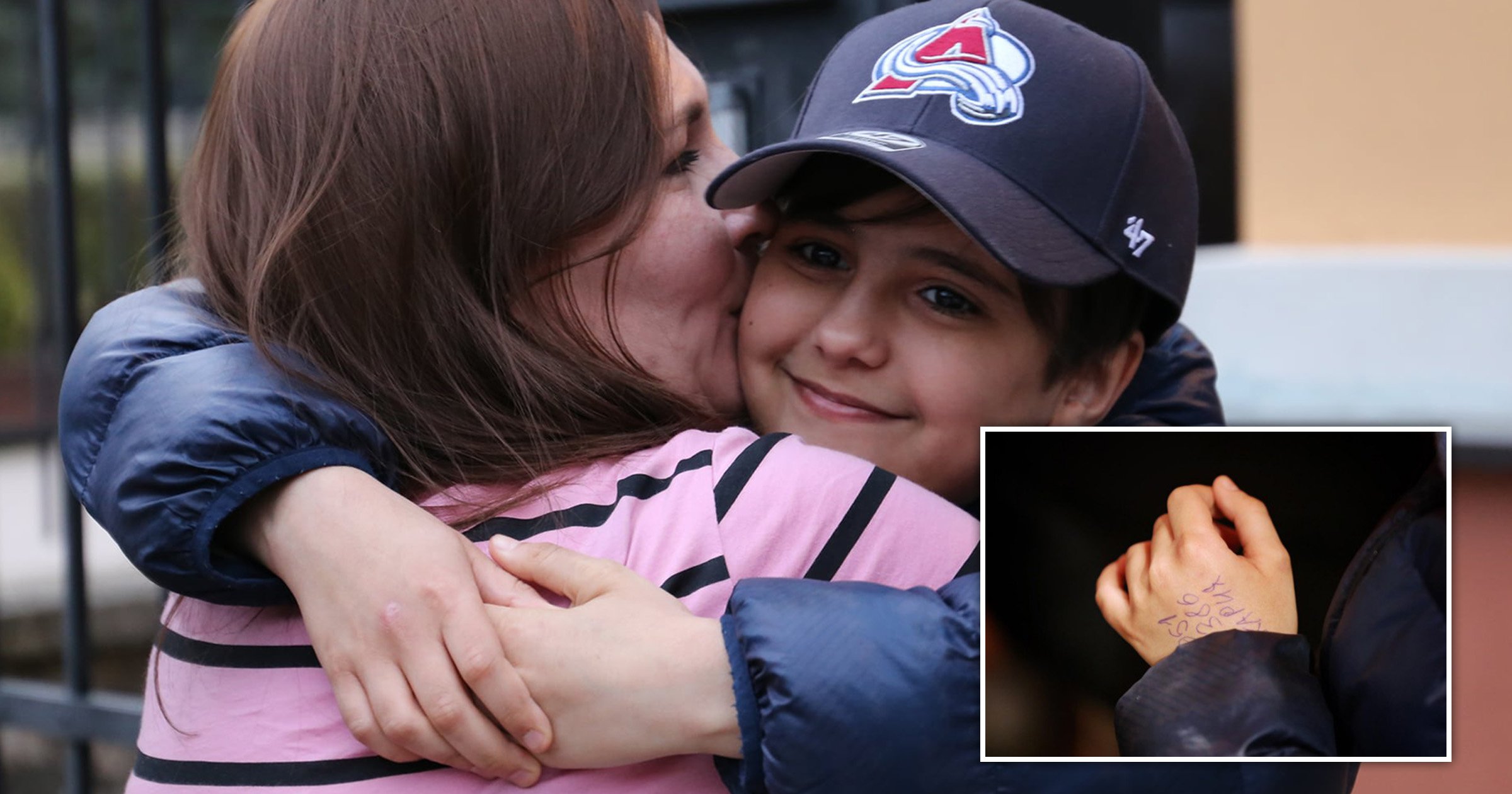 Emotional photos show a boy, 11, who fled Ukraine by himself with a phone number scribbled on his hand finally reunited with his mum.

Hassan Pisecká braved the 700-mile journey from Zaporizhzhia to the Slovakian border after Russian troops attacked the nuclear power plant in his city.

Mum Yulia, who is widowed, stayed behind with his gran who is disabled – but both have now escaped Vladimir Putin’s war.

It is the family’s second time setting up a new life together after they had to leave Syria without Hassan’s dad.

Speaking to The Sun about the gruelling experience,Yulia said there was no question about her being with her children.

‘The train ride was very difficult. Hundreds were crammed in a single car. But we had to escape so our family could be back together’, she said.

‘I’d like to thank everyone from my heart. We have to start from scratch. We lost everything we’ve had but we’re healthy.’

The family ‘lost everything again but this time the war didn’t take anyone away from them’, Slovakia Police have said.

Officers added: ‘They are together and that’s all that matters.’

Border officials were left shocked when Hassan stepped off a train with just a plastic bag and passport.

Volunteers are said to have been impressed with the schoolboy’s ‘smile, fearlessness and determination’.

Using the phone number and note tied to his waist, they managed to contact his family in Slovakia.

Speaking after he was reunited with four of his older siblings, Hassan said he ‘isn’t thinking about the future’ and is just ‘happy to be safe’.

Translating his words while speaking on Good Morning Britain, his sister said ‘He says the most important is to be in the place where he has family.

‘He is not thinking about the future, he just wants to be with us.’