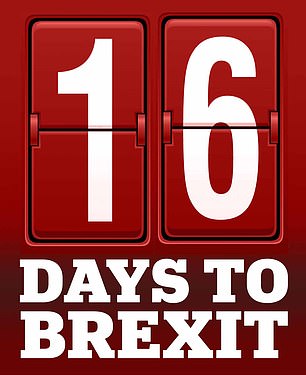 Boris Johnson will not quit even if MPs vote down his Queen’s Speech, Downing Street said last night.

The Prime Minister yesterday unveiled his heavily trailed legislative programme with a promise to ‘get the gears on our national gearbox working again’.

The programme contained 26 separate Bills, with a heavy emphasis on fighting crime, delivering Brexit and improving key public services like health and education. Many of the measures are expected to form the basis of the next Tory election manifesto.

In the Commons, Mr Johnson said his plans would help make Britain ‘the greatest place on Earth’. But Labour leader Jeremy Corbyn branded the programme a ‘farce’, pointing out that the Prime Minister was 45 votes short of a majority.

Allies of the PM last night conceded that MPs are likely to reject the Queen’s Speech when it is voted on next week. Such a move would be the first time a Government had lost its entire legislative programme since 1924, when the then Conservative PM Stanley Baldwin was forced to resign. But Downing Street said Mr Johnson would not quit, and would continue to try to govern until Labour agreed to hold an election. 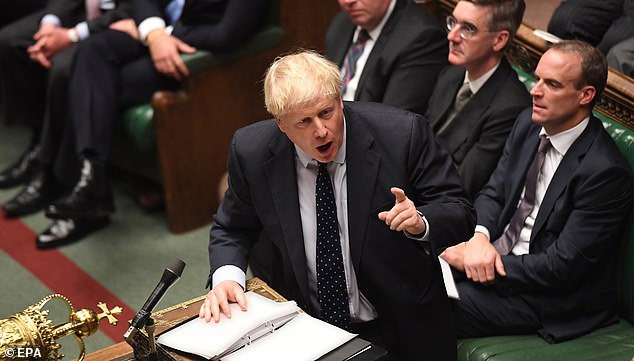 Boris Johnson told the Commons the government’s new legislative programme set out his vision to ‘get Brexit done’ and create an ‘open, free-trading country’. He added how his plans would usher in ‘a new age of opportunity’, pledging to ‘get this amazing country of ours moving again’

His official spokesman said: ‘If MPs do choose to vote against the Queen’s Speech it will be for them to explain why they are voting against greater support for public services including the police, school and hospitals, why they are blocking legislation that will lead to serious and dangerous offenders spending more time in prison, and why they are standing in the way of significant infrastructure improvements.’

Sources said the Fixed-term Parliaments Act meant the loss of a Queen’s Speech was no longer an automatic resignation issue.

Mr Johnson said his plans would usher in ‘a new age of opportunity’. Pledging to ‘get this amazing country of ours moving again,’ he added: ‘People are tired of stasis, gridlock and waiting for change. They don’t want to wait for improvements in their hospitals.

In the speech, the Queen said it was the Government’s ‘priority’ to leave the EU on October 31. But accompanying documents stated: ‘We are leaving the European Union on October 31.’ Number 10 denied the anomaly reflected a split between Downing Street and the Palace. 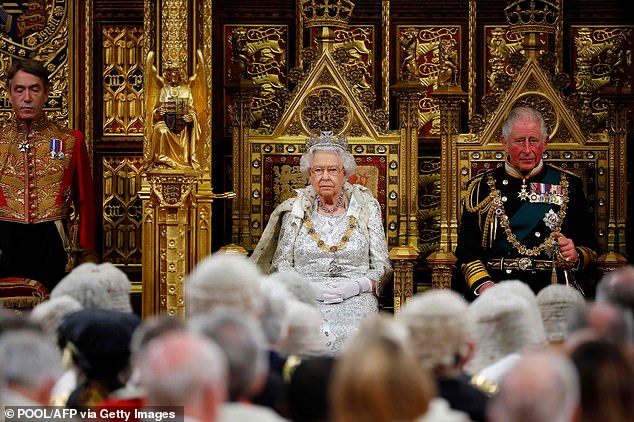 The Queen is pictured waiting patiently in the Lords chamber for MPs to trail in from the House of Commons for her speech today. She said  it was the Government’s ‘priority’ to leave the EU on October 31 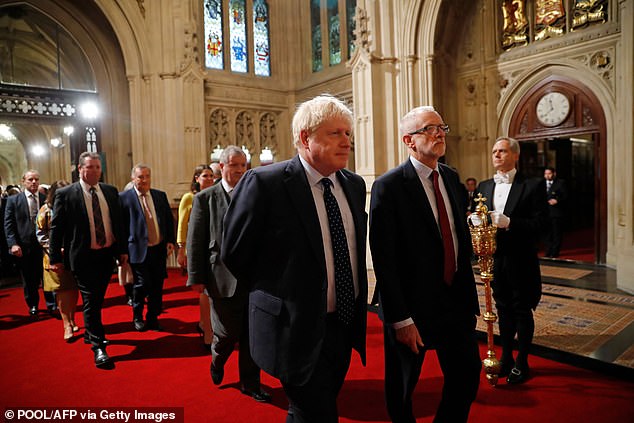 Mr Corbyn savaged the new package, saying: ‘There has never been such a farce as a Government with a majority of minus-45 and a 100 per cent record of defeat in the Commons setting out a legislative agenda they know cannot be delivered in this Parliament.’ He also suggested he could shortly back calls for an election.

But he was savaged by Mr Johnson for his flip-flopping on Brexit and mocked over reports that Shadow Chancellor John McDonnell is masterminding a silent coup against him.

MPs will now debate the plans ahead of a crunch vote on the package next Tuesday.

As friend and foe looked on, PM’s 26-bill election blueprint

Seven Brexit Bills – including fishing, farming, trade and financial services – but the most important is the Withdrawal Bill which would take us out of the EU with a deal. Its contents will be determined by talks in Brussels this week. 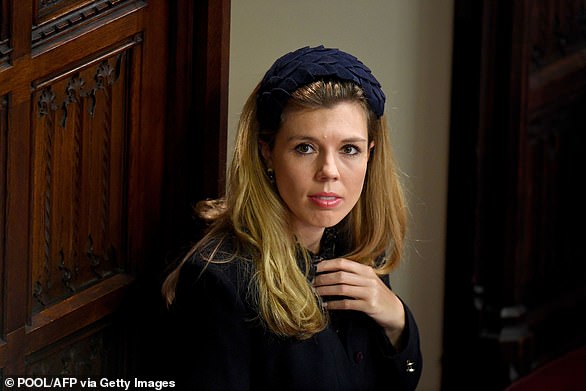 Carrie Symond’s donned a navy ensemble for the State Opening of the Queen’s Speech today. She sat with Johnson’s father Stanley Johnson in the gallery of the House of Lords 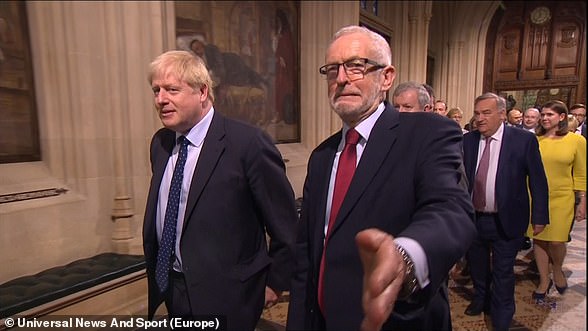 To deliver on pledge to end free movement from the EU and then, in time, create an Australian-style points system for migrants who want to come to work in the UK.

Foreign criminals who are deported from Britain and then sneak back in will face years in prison not weeks.

No sign of the social care legislation the system is crying out for. But there is a signal of intent with spending increases of £1.5 billion with £500 million paid for from a 2 per cent increase in council tax.

End to automatic release for thousands of killers and rapists at the halfway point in their sentence. They will instead serve two-thirds.

Creates a Domestic Abuse Tsar to represent victims; and powers to stop alleged abusers cross-examining their victims in person in the family courts.

Bill to open door to ‘no-fault’ divorce and allow couples to end their marriage within six months, even if one partner doesn’t want to.

A White Paper setting out proposals to overhaul the current system of franchising and creating a new commercial model.

Compensation for victims of Windrush who faced immigration proceedings despite living here legally.

Obligation on restaurateurs to ‘pass on all tips, gratuities and service charges’ to workers.

Rules and regulations designed to prevent a repeat of the Grenfell Tower fire.

Legislation needed for the next phase of the HS2 rail line. But will it survive an ongoing review of the project?

Jail sentences for animal cruelty will be increased from a maximum of six months to five years.