BORIS Johnson has promised lockdown WILL end on December 2 and there will be "better days before us".

The PM told a Cabinet meeting today that without the four week lockdown Britain would without a doubt "see fatalities running in the thousands" but there is a "light ahead" for Britain. 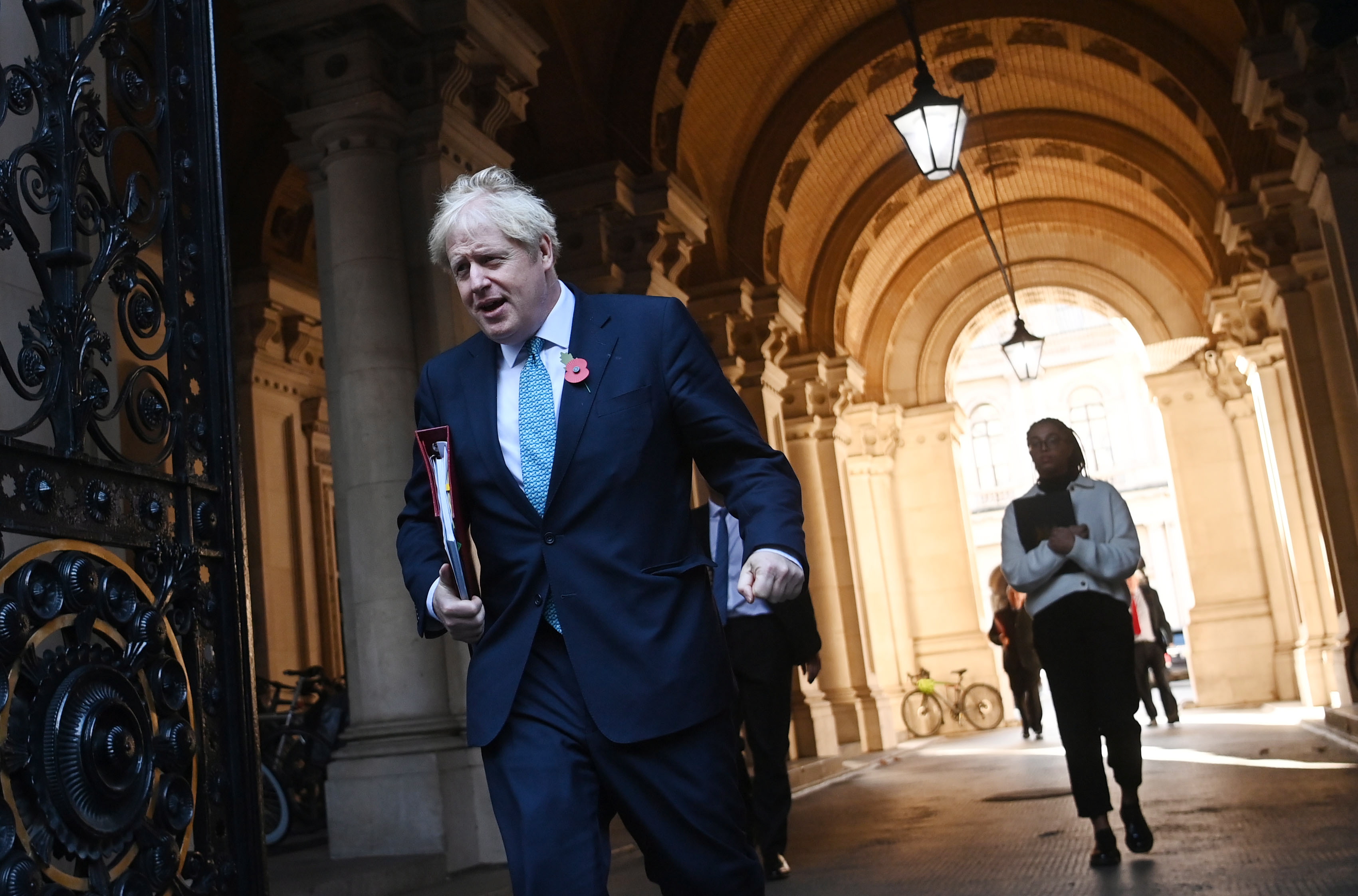 Mr Johnson told Cabinet the four week shutdown, starting on Thursday, was the last thing he wanted to do.

He said: "Let’s be in no doubt none of us came into politics to introduce measures like this.

"We don’t want to be doing things to repress liberty, we don’t want to do anything to damage our economy, to stop business from going about their lives."

But as fears grew the lockdown could extend beyond December 2 and even into Christmas, Mr Johnson vowed to keep it to four weeks.

But today he said: "But more important we have a very clear way ahead.

"These measures – the crucial thing to understand is that they expire on December 2nd. They come to an end.

"We therefore as a government and indeed as a country have a deadline and a target to develop solutions which previously…did not exist."

But even once the drastic national lockdown measures end, huge parts of the UK could still face being thrown into Tier 3 lockdown rules which force pubs and bars to close if they can't serve food.

More than a fifth of Brits in England were living under the toughest national rules before the new lockdown was announced.

And even more were living under Tier 2 rules which ban households meeting indoors – and could ruin hopes of Christmas celebrations with families.

And he promised there was "light ahead" and "better days" for Britain despite the "uncertain gloom of November".

The Government is launching a mass testing program in Liverpool with swabs that could give coronavirus results within 15 minutes – and potentially help unlock Britain.

Hailing mass testing, Mr Johnson said: "Rapid turnaround testing that I believe can be a massive and possibly decisive use to us in this country in defeating the virus."

All of the lockdown measures which will close pubs, restaurants, non-essential shops, beauty salons and gyms will automatically expire on December 2 and any fresh rules will have to be voted on by MPs.

Mr Johnson repeated his grim prediction that without the lockdown thousands of sick Brits with cancer or heart disease will be left to fend for themselves.

"Doctors and nurses would be forced to make appalling choices on who to treat and who not to treat and we would see many, many non-Covid patients in the NHS – people suffering from cancer or heart conditions – unable to get the treatment they need.

If lockdown was extended, the PM would likely face mass revolt from Tory backbenchers, who lined up to grill him over the lockdown yesterday.

Powerful backbencher Charles Walker blasted: “The people of this country will never forgive the political class for criminalising parents seeing their children and children seeing their parents.”

And senior Tories led by backbench boss Sir Graham Brady and former Cabinet Ministers Sir Iain Duncan Smith and Esther McVey have vowed to vote against the lockdown and demand the science behind it be published in full.

Scientific papers from the Government's Scientific Pandemic Influenza Group on Modelling (SPI-M) are expected to be published later today.