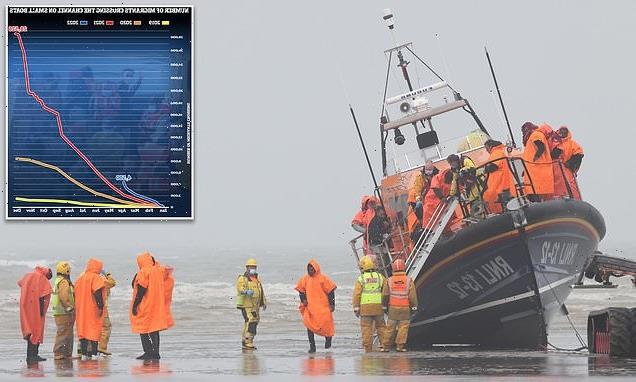 Boris Johnson is ‘set to announce plans to send migrants to Rwanda’ to be processed under a ‘secretive deal worth millions’ to the African nation, according to reports.

A government source said the Prime Minister has been told the plans are not quite ready after he intended to announce them last week following a surge in the number of migrants crossing the Channel.

Ministers are waiting for Priti Patel’s Nationality and Borders Bill, which would enable asylum seekers to be processed abroad, to make its way through the House of Lords and be given royal assent before the terms of the deal with Rwanda can be finalised, the Times reported.

The plan would see the government fly asylum seekers out to Rwanda for processing while the UK pays the African country millions of pounds.

On Monday evening, the House of Lords voted against the bill, extending the Parliamentary battle over the flagship bill. 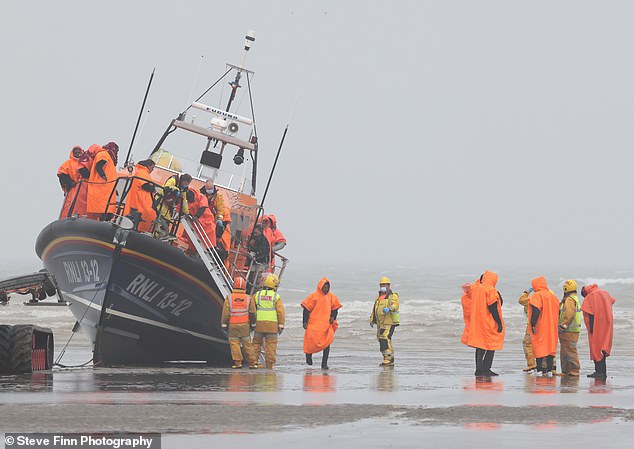 Boris Johnson is ‘set to announce plans to send migrants to Rwanda’ to be processed under a secretive deal ‘worth millions to the African nation’, according to reports

The deal has been described as ‘secretive’ with ministers only allowed to refer to ‘country X’ during meetings.

There have been similar attempts to offshore migrants in Ghana and Albania, but these plans have fallen through.

As well as opposition in the House of Lords, the bill has met resistance in the Commons where Tory MP David Davis has tabled an amendment to scrap the measures.

The unelected House of Lords inflicted a mauling on the bill on Monday, maintaining its stand-off despite the House of Commons reinstating the contentious reforms which were previously rejected by the the upper chamber.

The peers asked for significant changes to be made which included removing a broad provision to make it a criminal offence to knowingly arrive in the UK without permission, and ensuring any move to offshore asylum claims is subject to approval of both Houses of Parliament, along with a cost breakdown.

The upper chamber also backed measures to safeguard against prosecution of people who carried out at-sea rescues, by providing a ‘reasonable excuse’ defence, while taking steps to prevent asylum seekers being treated differently based on how they entered the UK.

In addition, peers renewed their demand that asylum seekers be allowed to work if no decision had been taken on their claim after six months, as well as enable unaccompanied child asylum seekers in Europe to join family in the UK.

The latest defeats mean a continuation of the legislative tussle between the two Houses over the Bill, known as parliamentary ping-pong.

The clock is also now ticking for the legislation with the end of the parliamentary session in sight.

Speaking during the debate, the Bishop of Durham, the Rt Rev Paul Butler, was deeply critical of a move enabling the offshoring of asylum seekers to overseas processing centres, similar to those used by Australia.

He said: ‘When people arrive on our shores seeking protection we have a responsibility to treat them as we would wish to be treated if we indeed had to flee for our lives.

‘If we move them to other countries for the process of their asylum claims I very much fear a blind eye will be turned to their treatment.

‘The inhumanity of this part of the Bill is my primary concern. There are however significant practical and financial concerns.’ 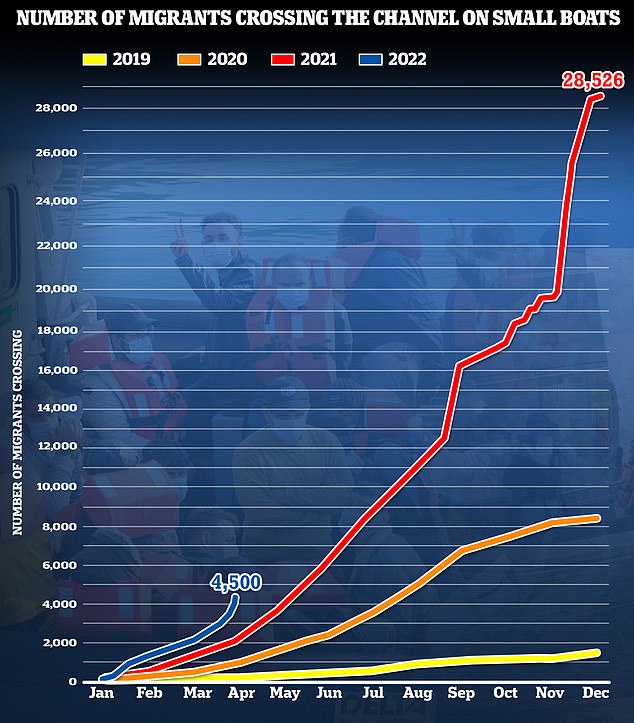 Labour frontbencher Lord Rosser said: ‘Campaigners claim it will cost less to put asylum seekers in the Ritz than run an offshoring policy.

‘But experience elsewhere and not least for Australia suggests that the cost of such a scheme would be considerable per person, not cost effective.’

But Home Office minister Baroness Williams of Trafford said: ‘Asylum processing overseas is one part of a system-wide reform designed to break the business model of people smugglers and disincentivise unwanted behaviours.’

Meanwhile, Conservative peer Baroness Stroud pressed her call to allow asylum seekers to work if their claim was delayed.

She said: ‘There is a danger that in our current system we are penalising these people by not allowing them to work and putting significant stumbling blocks in the way of their integration unnecessarily.’

And refugee campaigner Lord Dubs renewed his demand for unaccompanied child asylum seekers in Europe to be allowed to join family in the UK.

The Labour peer, who fled the Nazis as a child on the Kindertransport scheme, said: ‘I believe that this would lessen the dangerous journeys that young people make to join their families. It might eliminate them altogether.

‘If we believe that traffickers should not have opportunities, then providing a safe and legal route is surely the right thing to do.

‘Family reunion is surely fundamental to what a civilised society should support.’