BORIS Johnson has defended Joe Biden's bungled withdrawal from Afghanistan as he sought to mend the special relationship ahead of a crunch meeting at the White House today.

Speaking to a US TV network at the top of a Manhattan skyscraper, the PM said: "America had been there for 20 years – it's a respectable argument to say enough is enough." 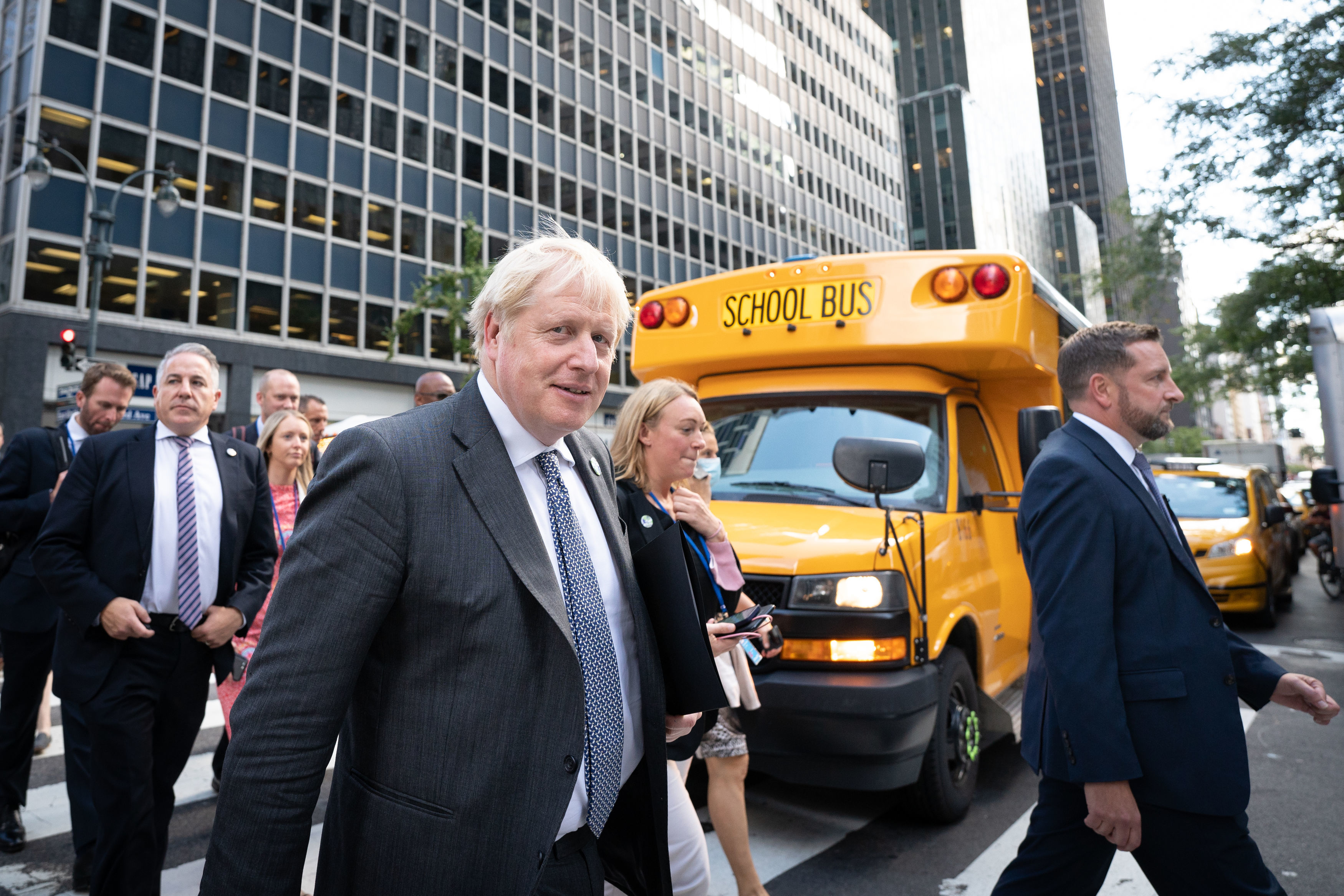 The PM will travel from the UN in New York to Washington this afternoon for a sit-down with the President.

British Cabinet Ministers were even quoted anonymously as branding the 78-year-old President "doolally".

He said: "You can't endlessly subcontract the government of your country to other people. There's got to be some sort of system."

But grilled if he wholeheartedly agreed with Biden's rapid exit, the PM added: "Could we have done it a bit differently? Maybe we could."

The full interview for American audiences will air to UK viewers later this afternoon.

Mr Johnson is in the States for his first overseas trip since the pandemic for the UN General Assembly.

He secured a major victory yesterday as the US announced it would let fully-vaxxed Brits into the country in November – ending 18 months of bans.

He is trying to whip up £100billion from rich nations to combat climate change ahead of the Cop26 green summit in Glasgow this November.

Speaking at a climate roundtable he said he was "frustrated" countries were making big promises – but not walking the walk.