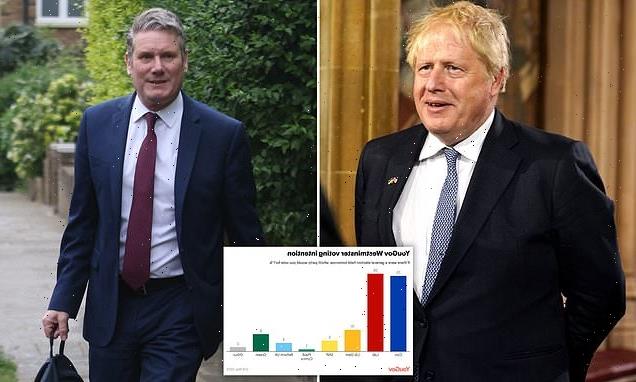 Boris closes the gap: Labour is now just ONE point ahead of the Tories in latest poll – with support for Starmer dropping amid ‘Beergate’ controversy

Prime Minister Boris Johnson is closing the gap between Labour as a recent poll reveals the party is now just one point ahead of the Tories.

The YouGov poll reveals that 36 percent of those asked would vote Labour if a general election were held tomorrow, while 35 percent would vote Conservative.

It comes after support for the Labour leader could be dropping after ‘Beergate’ where Sir Keir Starmer allegedly enjoyed a beer and a curry in the Durham Labour offices on April 2021. 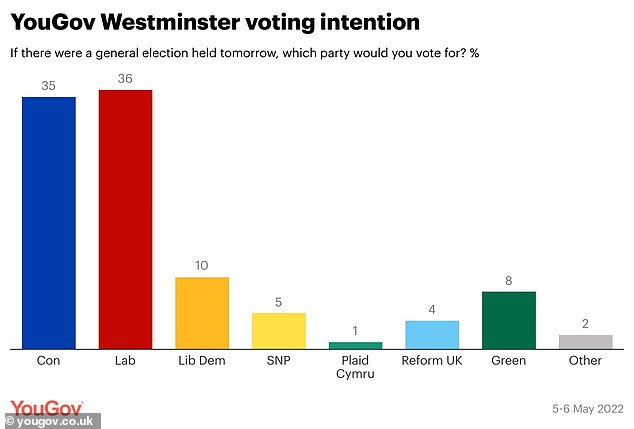 At the weekend, the Mail on Sunday published a leaked memo that indicated the dinner was planned as part of Sir Keir’s itinerary for a day of campaigning and he had no further work scheduled for afterwards.

The Prime Minister was seen talking with Labour leader Sir Keir Starmer when they attended the Queen’s Speech today.

This comes after yesterday when the Labour leader promised to resign if he gets fined over his alleged lockdown rule-breaking, also known as ‘Beergate.’

On Tuesday Mr Johnson and the leader of the opposition were seen smiling and chatting as they walked in a procession of MPs into the House of Lords.

Commenting on the interaction, energy minister Greg Hands tweeted: ‘Boris asks Sir Keir with a smile ‘Did you have a good weekend?’ #cheeky. #StateOpeningofParliament’. 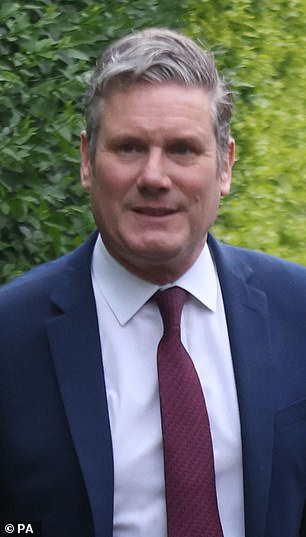 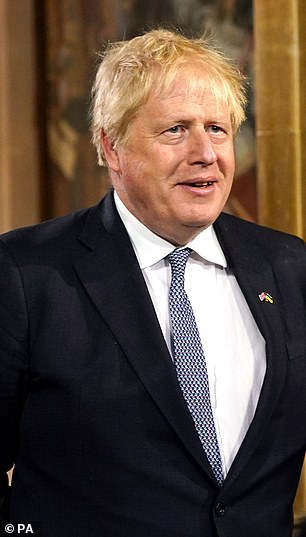 Sir Keir Starmer’s fate is in the Durham police’s hands as they decide if his gathering broke lockdown rules, while PM Boris Johnson was fined by the Met Police for his 56th birthday celebrations at No 10 in 2020

The meeting comes after Sir Keir said on Monday he will do the ‘right thing’ and quit if he is given a fixed penalty notice for allegedly holding a gathering in the Durham Labour offices on April last year.

The beer and curry gathering has been viewed as a huge gamble that has put Sir Keir’s future in the hands of Durham Police after officers announced last week they would reopen an investigation into the event.

The Labour party has sought to contrast their leaders actions with those of the Prime Minister who refused to quit after being fined by the Met Police over celebrating his 56th birthday with a gathering at No 10 in June 2020.

Mr Johnson asked ‘are we adjourned?’ as MPs returned to the House of Commons after the Queen’s Speech, which was read by the Prince of Wales.

The Prime Minister exited the chamber immediately and could be heard mentioning lunch, while other MPs spent time mingling in the Commons.

The Commons will resume at 2.30pm to debate the speech.