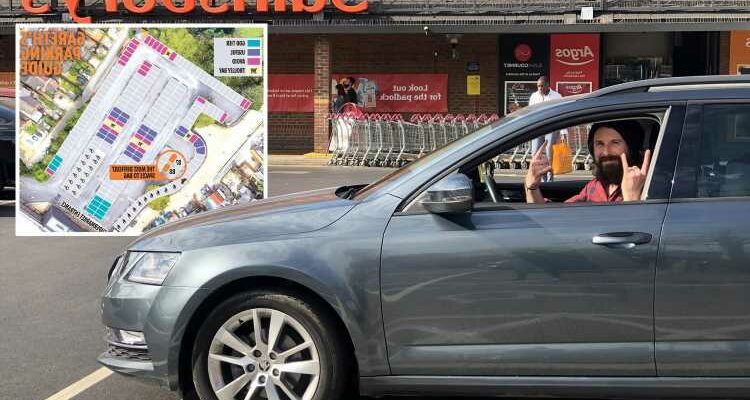 A BORED shopper has completed a six-year mission to park in all 211 bays outside his local supermarket.

Gareth Wild, 39, began his project in 2015 to make the weekly visit to Sainsbury’s more interesting. 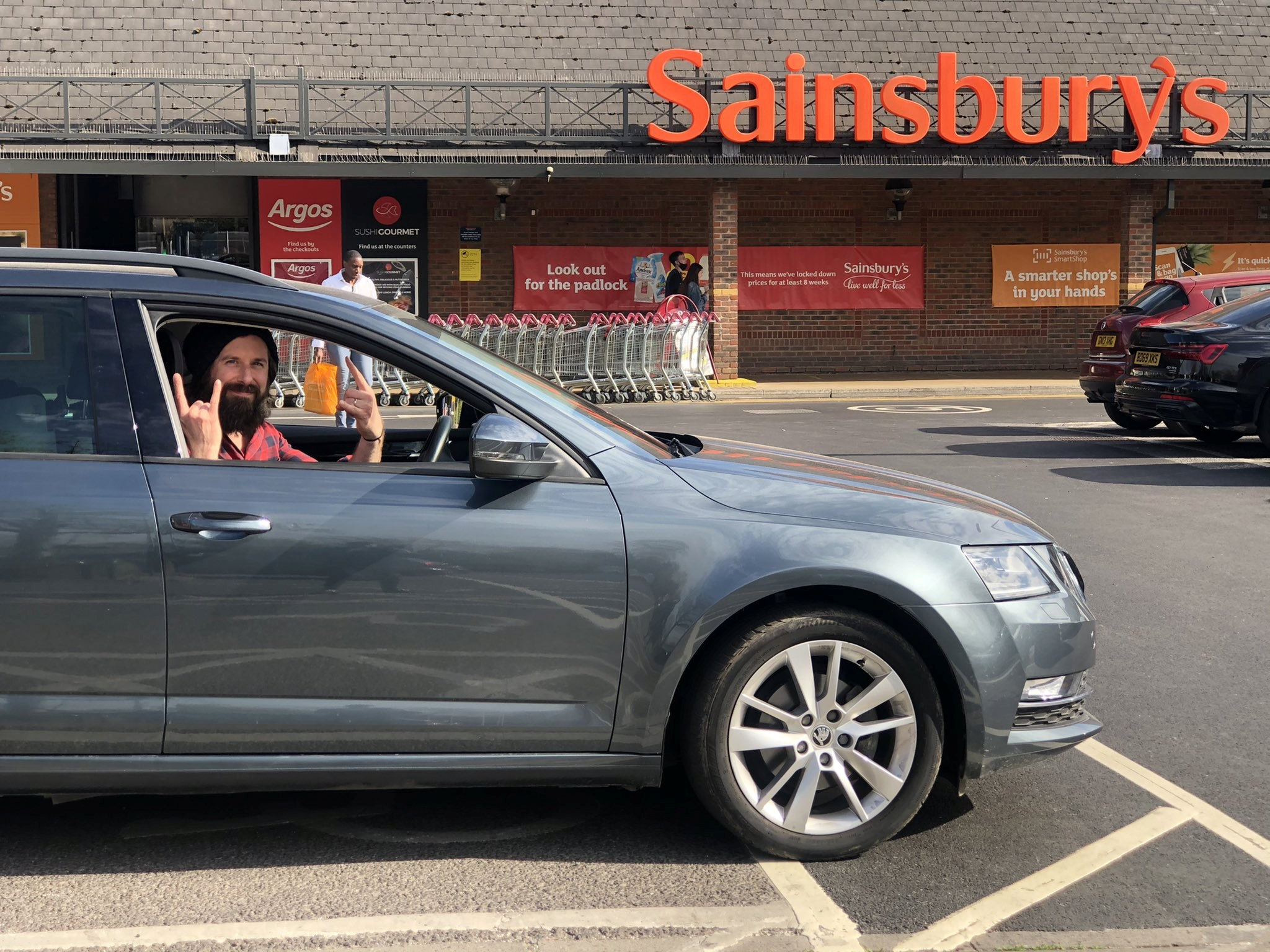 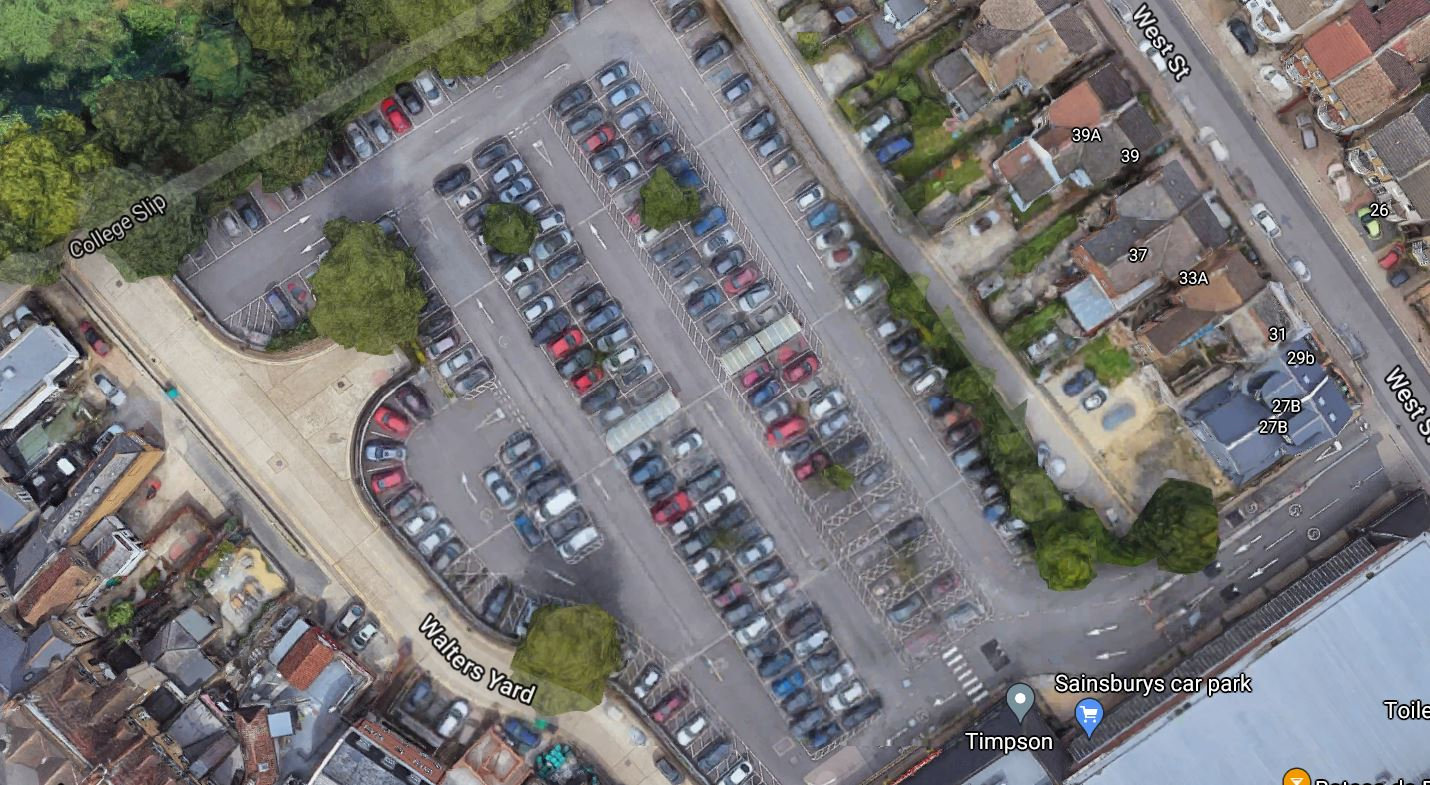 He consulted maps, plotted carefully and set up a spreadsheet to monitor his progress. Now, the dad of two has left his car in every single space outside the shop.

Gareth said the popular bays B7 and B8 proved the most elusive. But he added: “So I went down one evening for snacks quite late and I managed to snag B8 . . . ooh, that was quite a moment in my life.”

The production director began by plotting all 211 bays in the store in Bromley, South London.

He excluded disabled and motorcycle spaces — but included the ones for parents and babies.

Gareth said: “I said to myself, ‘Wow, I could probably park in every single one of these spaces given enough time’, and time is on your side when you’re doing the weekly shop.”

However, rather than go for a scattergun approach, he grouped the spaces into zones.

He explained: “I wanted to go into it fairly clued up, because when you’re doing something this daft, it’s important to be thorough.”

Over the years, he realised which spaces were the most popular and hardest to snag.

Sometimes, with his children, aged two and four, running out of patience as he waited for a particular bay, he had to give up and park wherever he could. 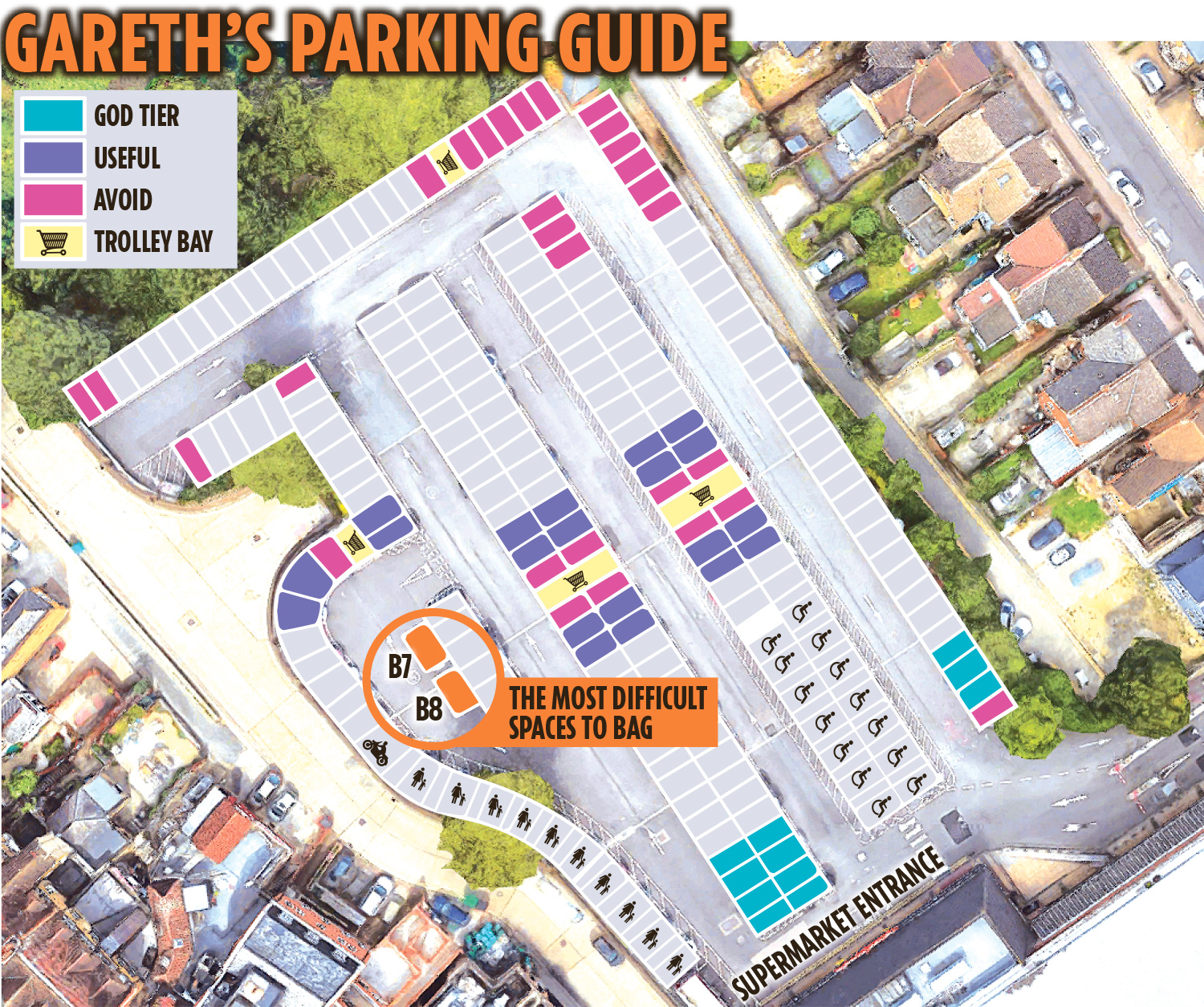 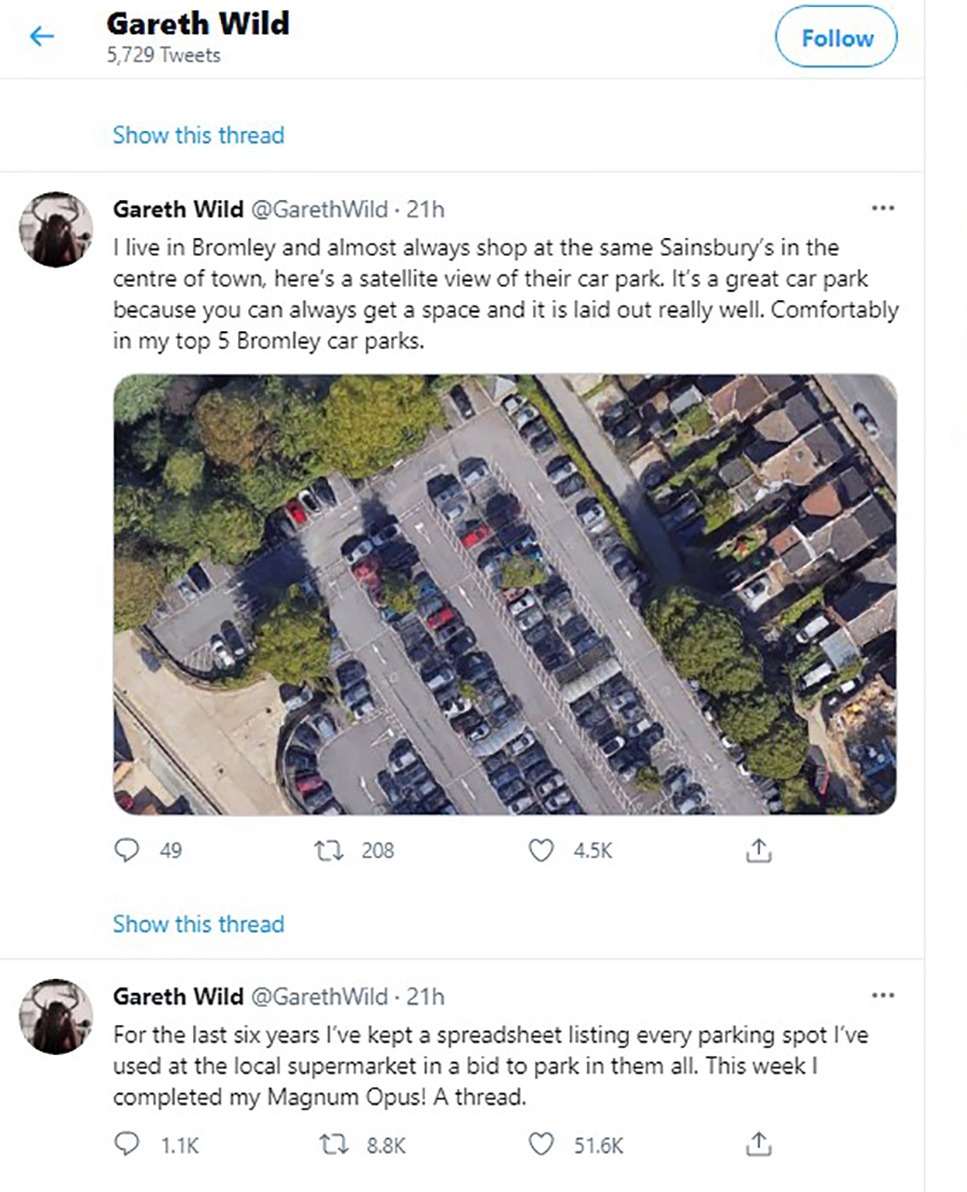 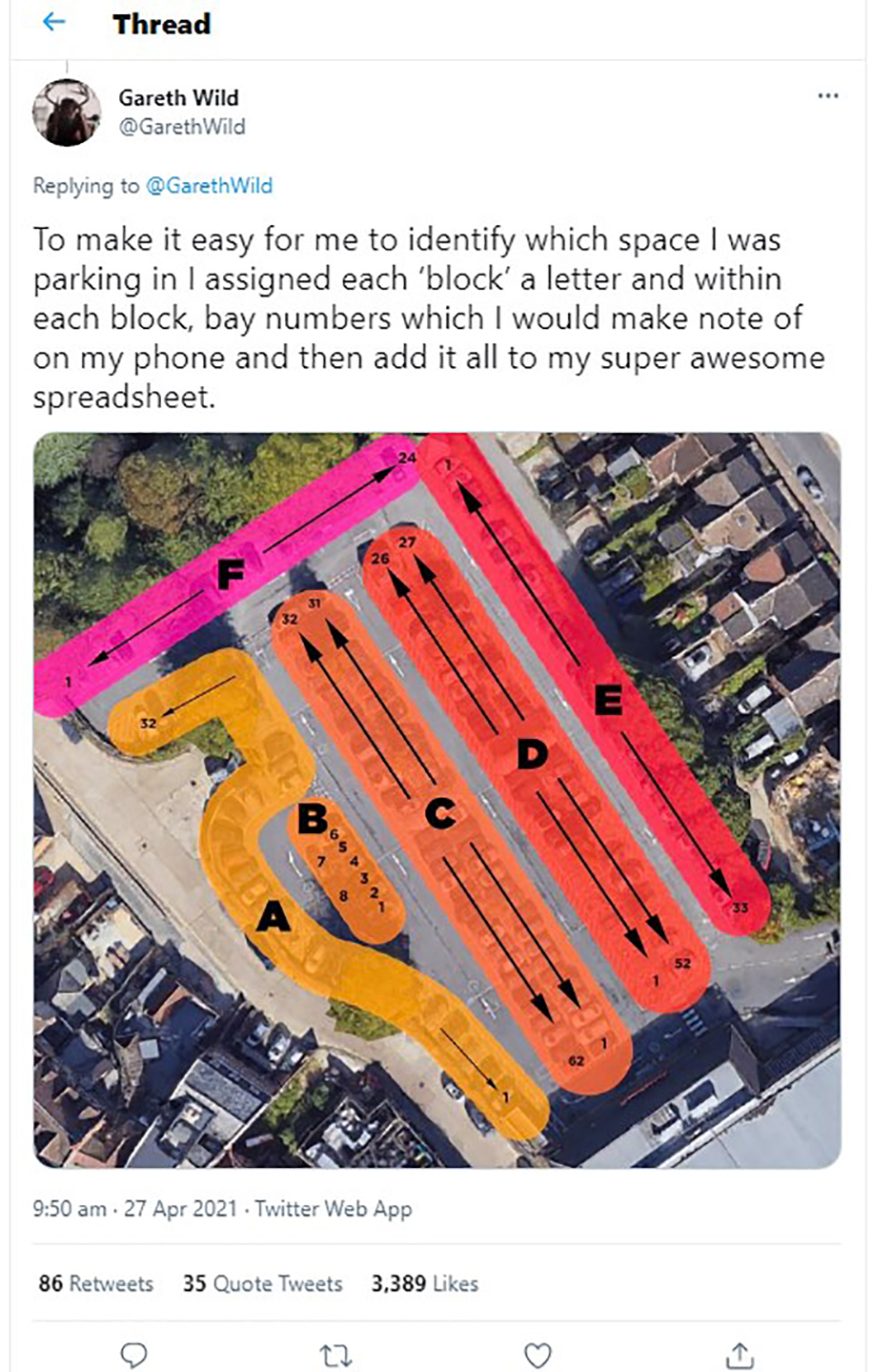 But he avoided the temptation to make special runs to complete his quest, visiting only for the weekly shop and occasional top-up trips.

And did he make the final snack run just to bag B8? “I’ll never tell,” he vowed.

But Gareth added: “It’s a long time to do anything, let alone something as trivial as this.

“I’ve been through three cars in that time.

“I find enjoyment in the little banal things in life.”